"Just a quick update! These figures will not be available for pre-order in the US, but will be available both in store and online exclusively at Target beginning Summer 2021."

With the highly anticipated Target exclusive (in the United States) Star Wars: The Black Series 6" Clone Wars figures being advertised and sold through Toys'R'Us in Canada (they are currently taking pre-orders), and with Zavvi in the UK being already sold out of their pre-orders and figures showing up in hand (pic 1, pic 2), we were curious to know when they would be made available to fans in the United States and reached out to Hasbro for clarification.

I was hoping that you could clarify when the Black Series Clone Wars figures, which are exclusive to Target, will go up for pre-order. Many of us were expecting news in regards to this in today's livestream, but it was never mentioned. Toys'R'Us Canada already took pre-orders for those four figures this morning, and we've seen them being in hand by fans internationally already (via a variety of social media posts).

We appreciate you reaching out about these Star Wars: The Clone Wars 6-inch figures and apologize for any confusion. These figures were recently available in Canada for pre-order in limited quantities, however, in the US they will only be available for purchase exclusively at Target beginning this Fall.

So this doesn't give us a pre-order date/time yet, but now we know that we shouldn't expect them in the U.S. in the coming weeks or even months. Typically when figures show up in people's hands in International markets (as is the case here) it's only a matter of weeks until they reach the U.S., but we'll keep you posted once a specific pre-order date/time is known. 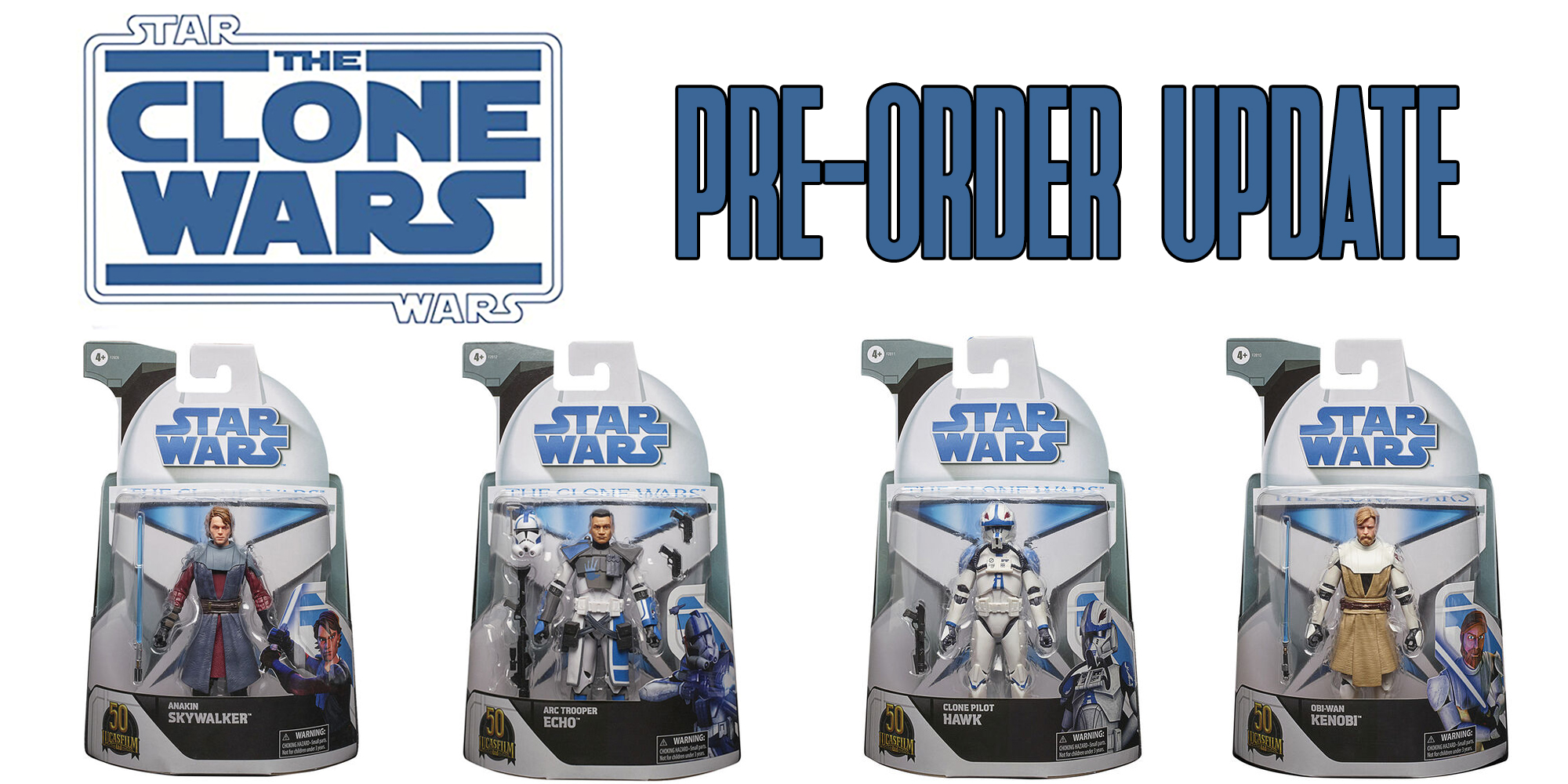