Bandai announced this morning on the Tamashii.jp website that a new SH Figuarts Mandalorian figure in Beskar armor will be released in January 2022. The figure will cost ¥ 9,900 (currently about 90USD) and will be a regular release in Japan. This is Bandai's third take on Din Djarin, the previous two releases showed the Mandalorian's armor progression from the first season, while this new figure captures the look from the second season.

When compared to the previous two figures, Bandai made quite a few changes to this new Season 2 version, they resculpted the helmet and gave Mando a new knee pad, they resculpted the belt (which now has removable bombs), and they gave Din Djarin newly sculpted arms. In addition the figure will come with Grogu and a sling bag so that you can re-create the Mandalorian carrying him while walking.

Other accessories will include a human head so that you can recreate the emotional good-bye scene from the end of season 2, along with a spear which Din Djarin acquired in the second season. Other accessories will include different sets of hands, a blaster, a blaster rifle and a jet-pack (where the spear can be attached to). SH Figuarts Star Wars figures aren't allowed to be sold in the United States so if you are interested in this figure you will need to import it from Japan (e.g. Amazon Japan, Hobby Link or various Ebay sellers). 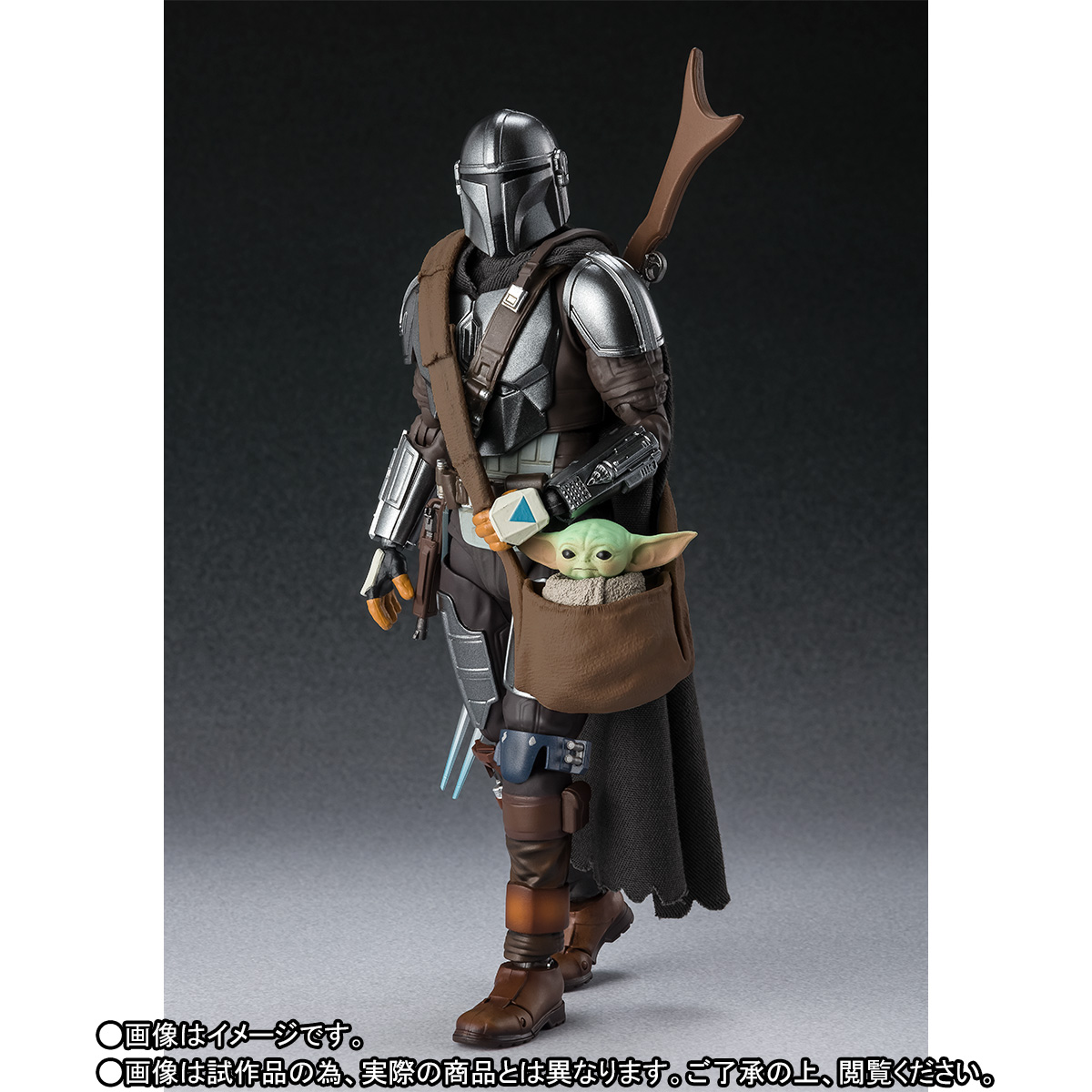 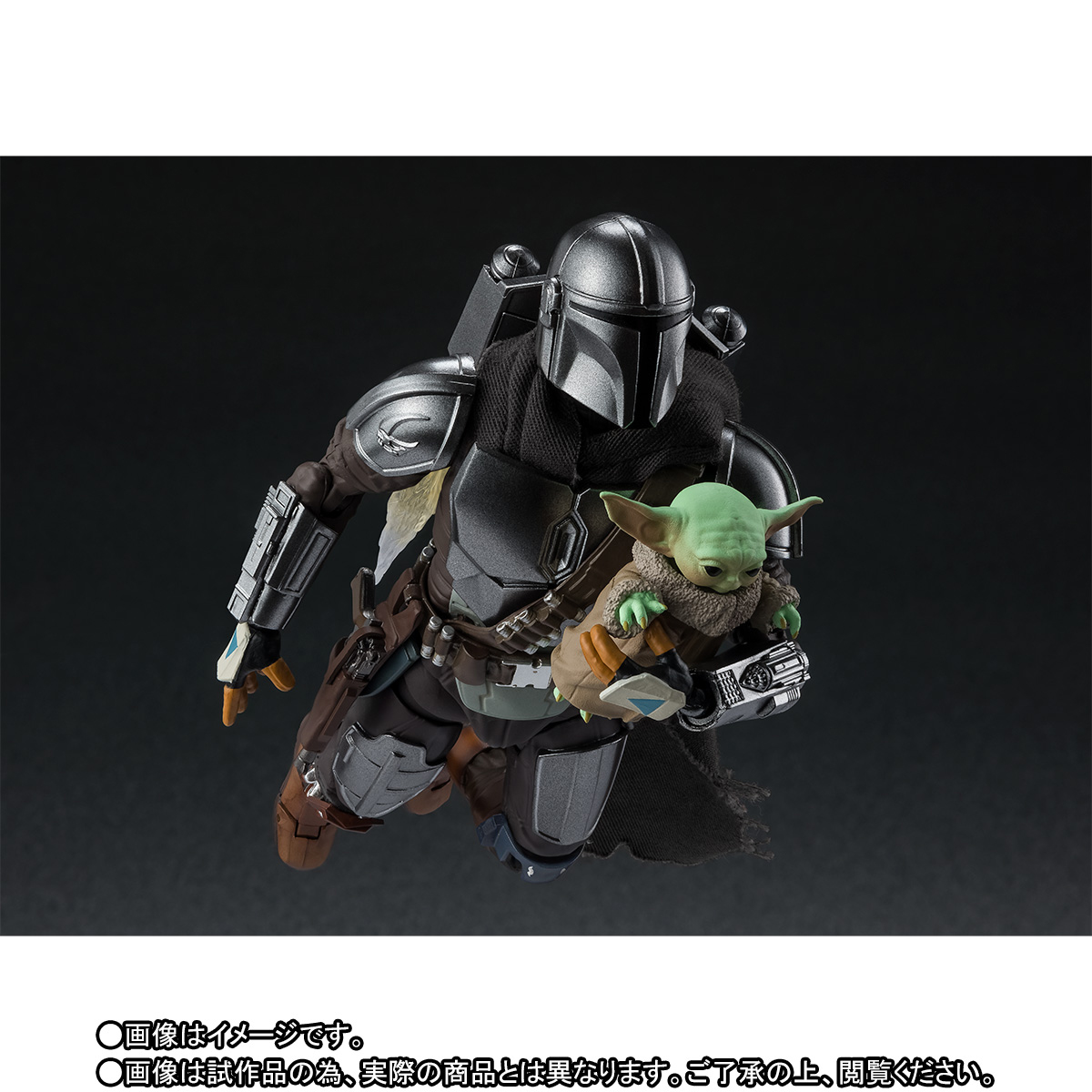 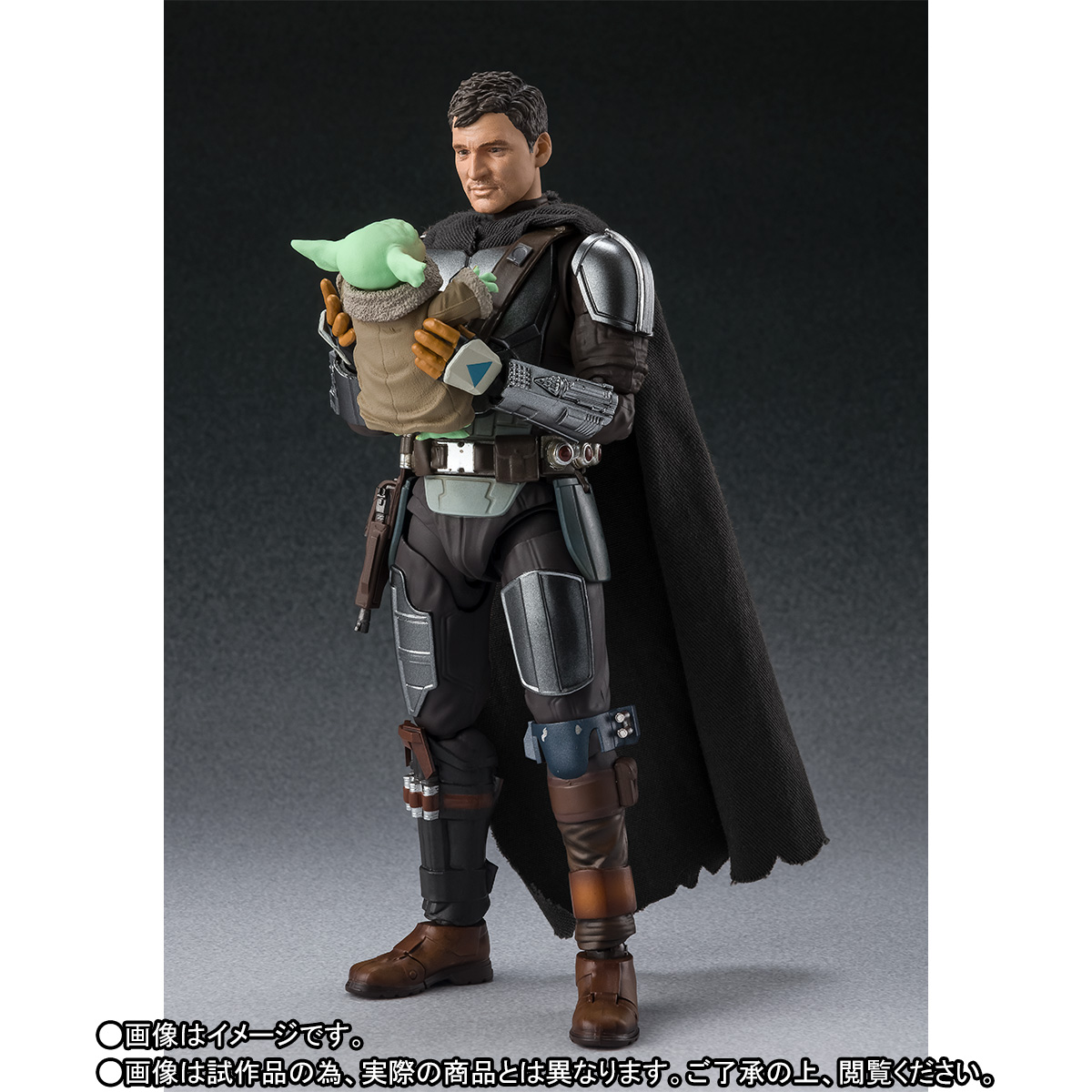 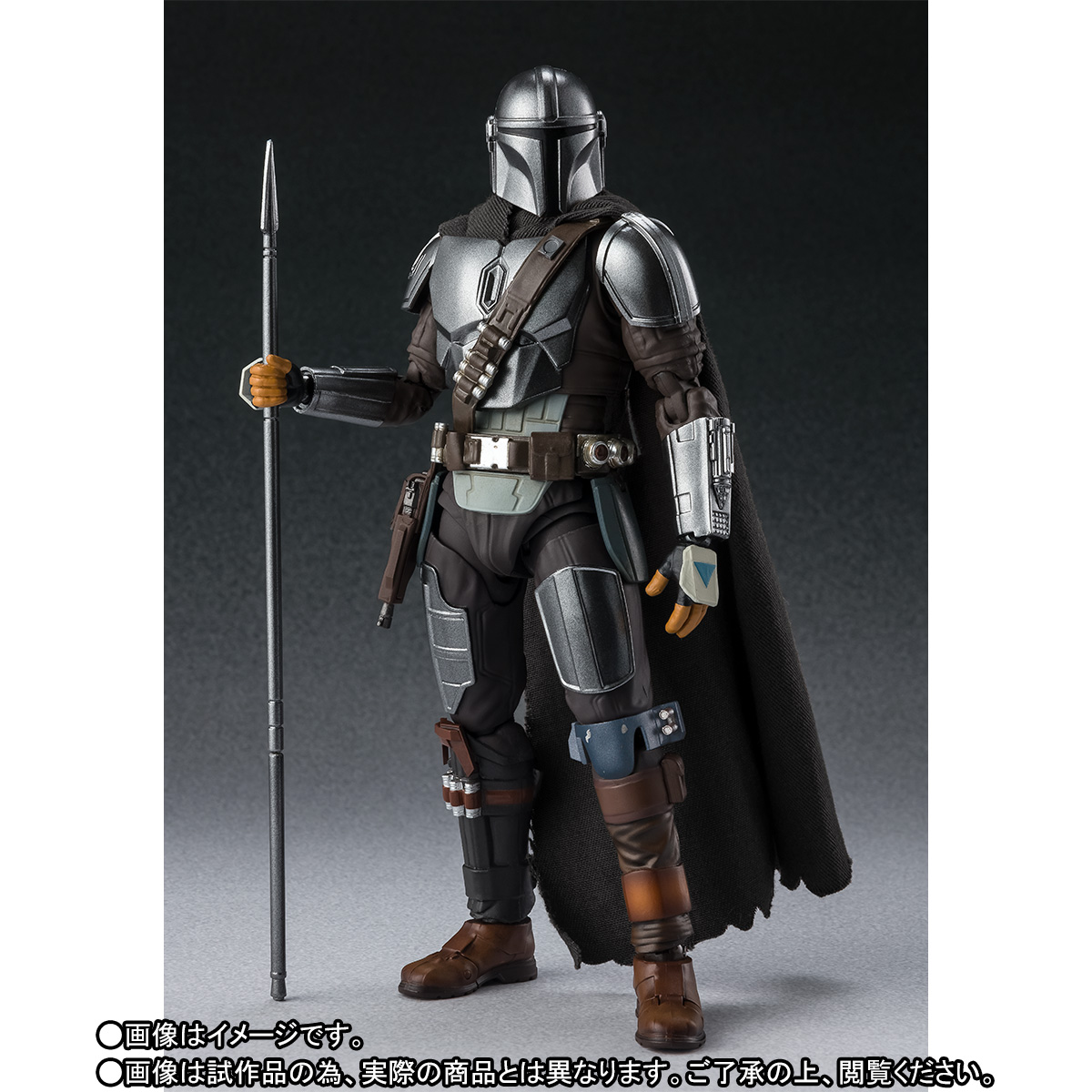 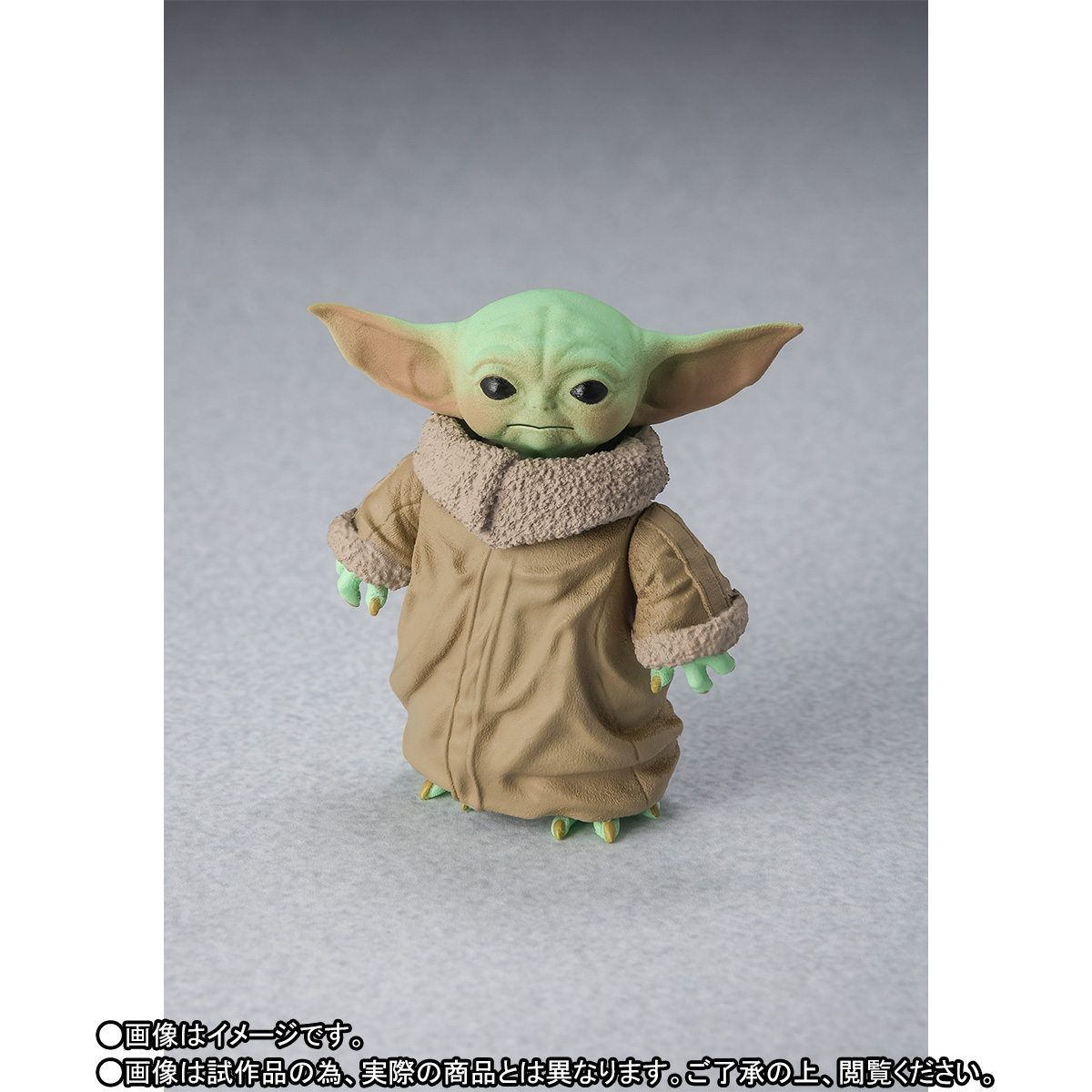 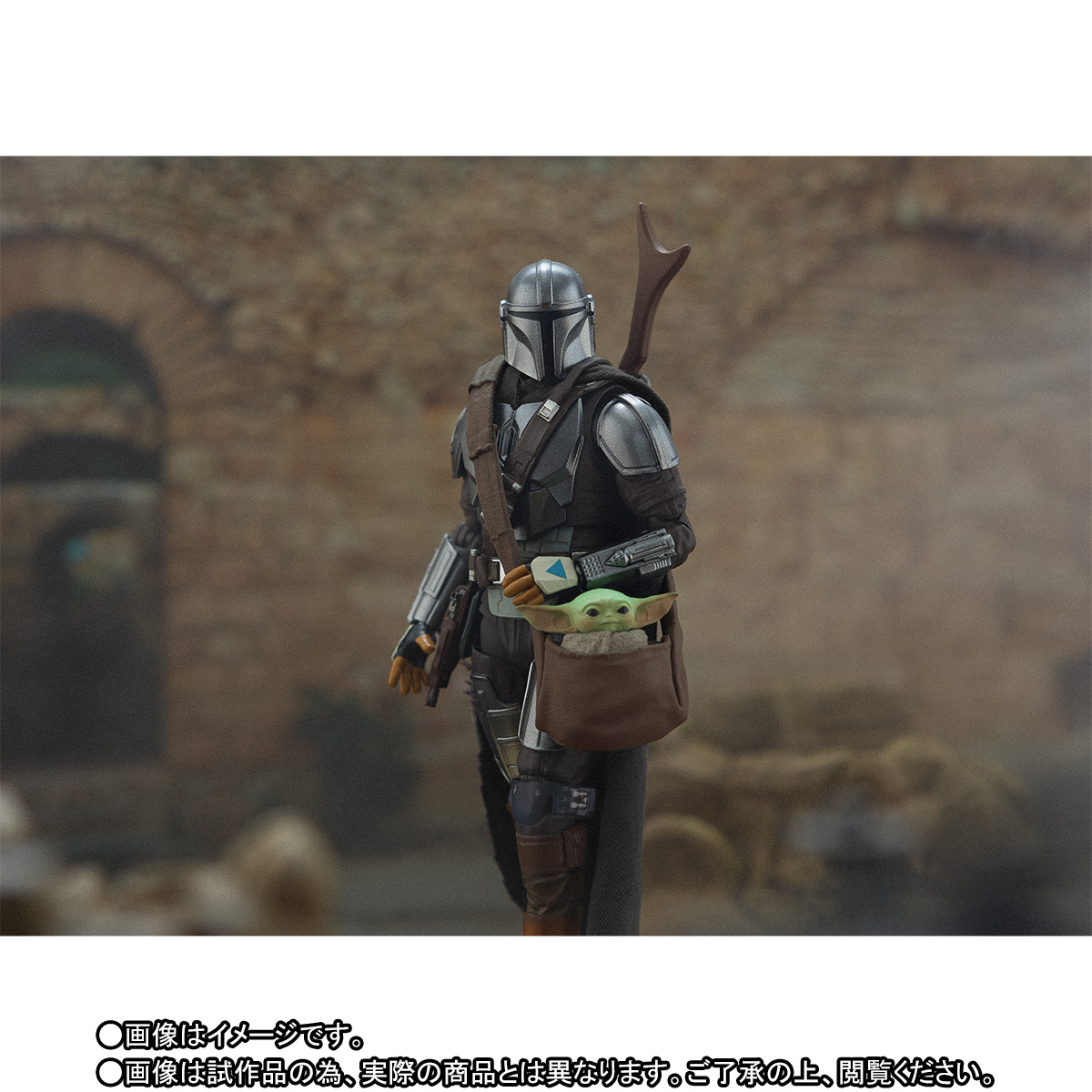