Hasbro announced earlier this week that four Target exclusive Star Wars action figures will be released as part of the Lucasfilm's 50th anniversary celebration. All four figures pay homage to the 1985 Star Wars Droids - The Adventures of R2-D2 and C-3PO tv series and will be released exclusively at Target stores in the United States (already pre-sold out on Target.com). The street date for the figures is currently unknown.

There will be one Black Series 6" Boba Fett figure in "comic-book-style-packaging" and three Vintage Collection 3 3/4" figures with C-3PO, R2-D2 and Boba Fett. All figures are painted in the same color tones as seen in the 1985 cartoon and each 3 3/4" figures will include a unique gold coin which features the Lucasfilm 50th anniversary logo on the back and a depiction of the character on the front.

This is not the first dive for 3 3/4" into the 1985 animation series, previously Kenner released figures based on the show in 1985 (have a look at produced and un-produced Droids figures), and Hasbro released a 2-pack with Boba Fett and BL-17 in 2009.

Hopefully fans will be able to add those figures to their collections, they are among the cooler tributes done in recent times. 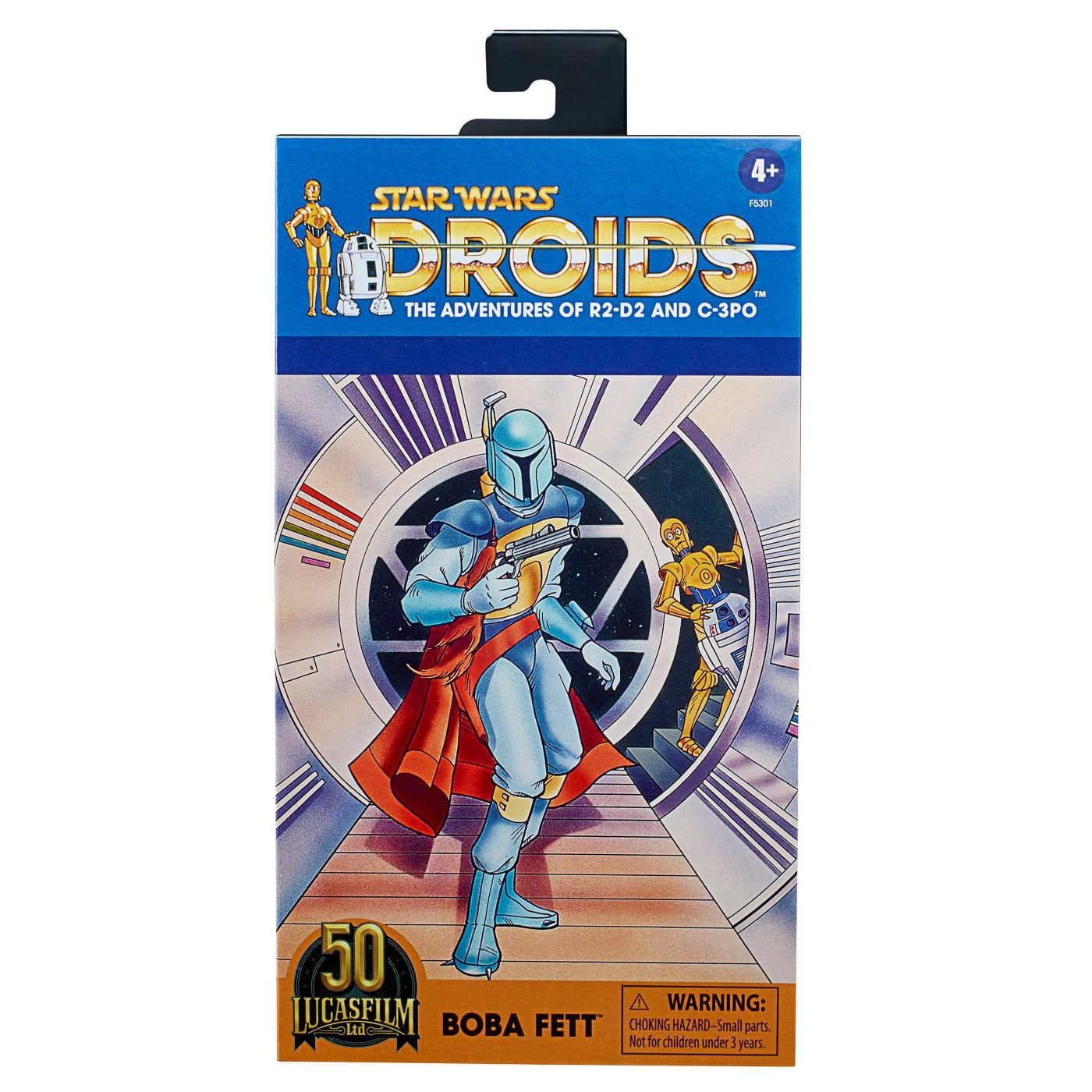 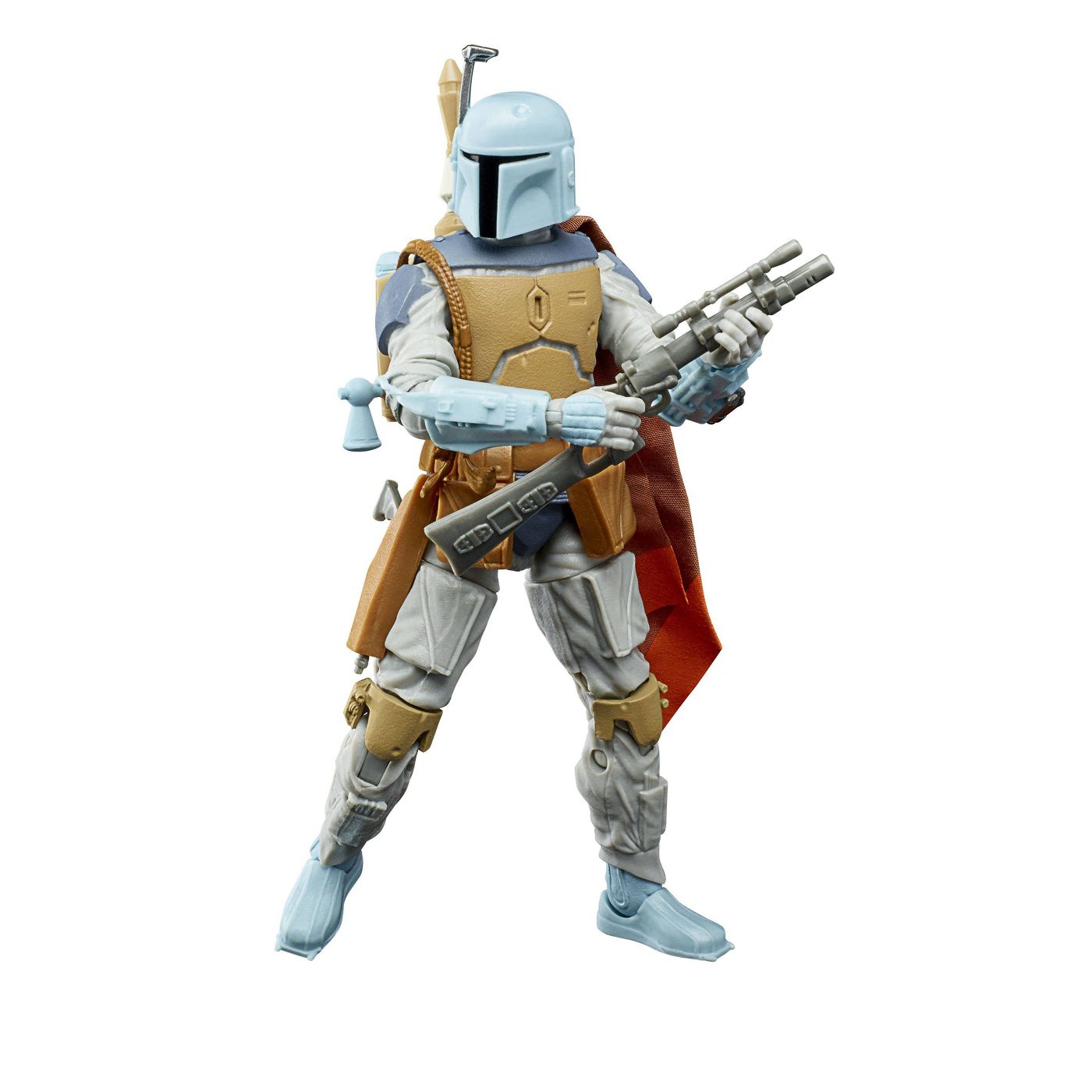 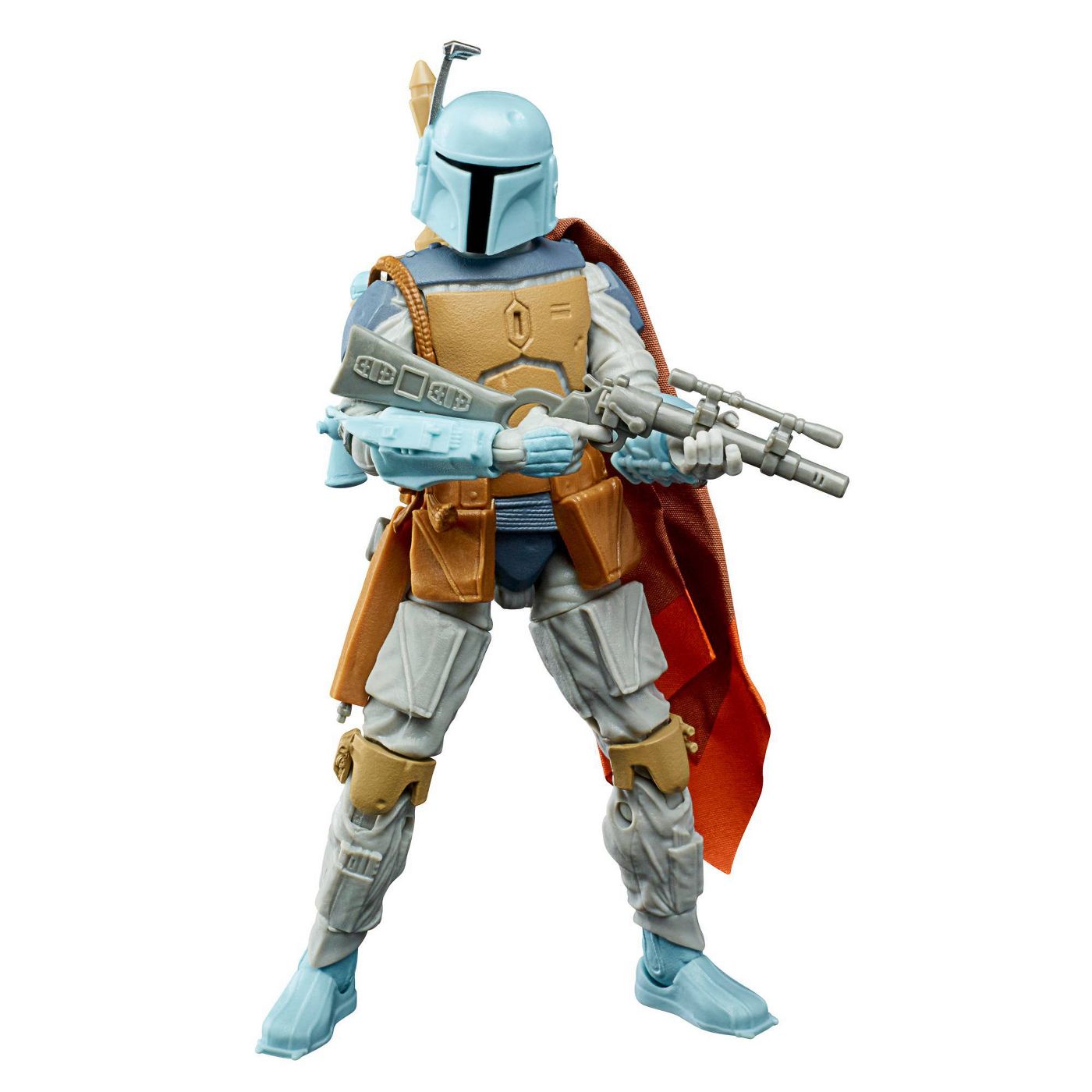 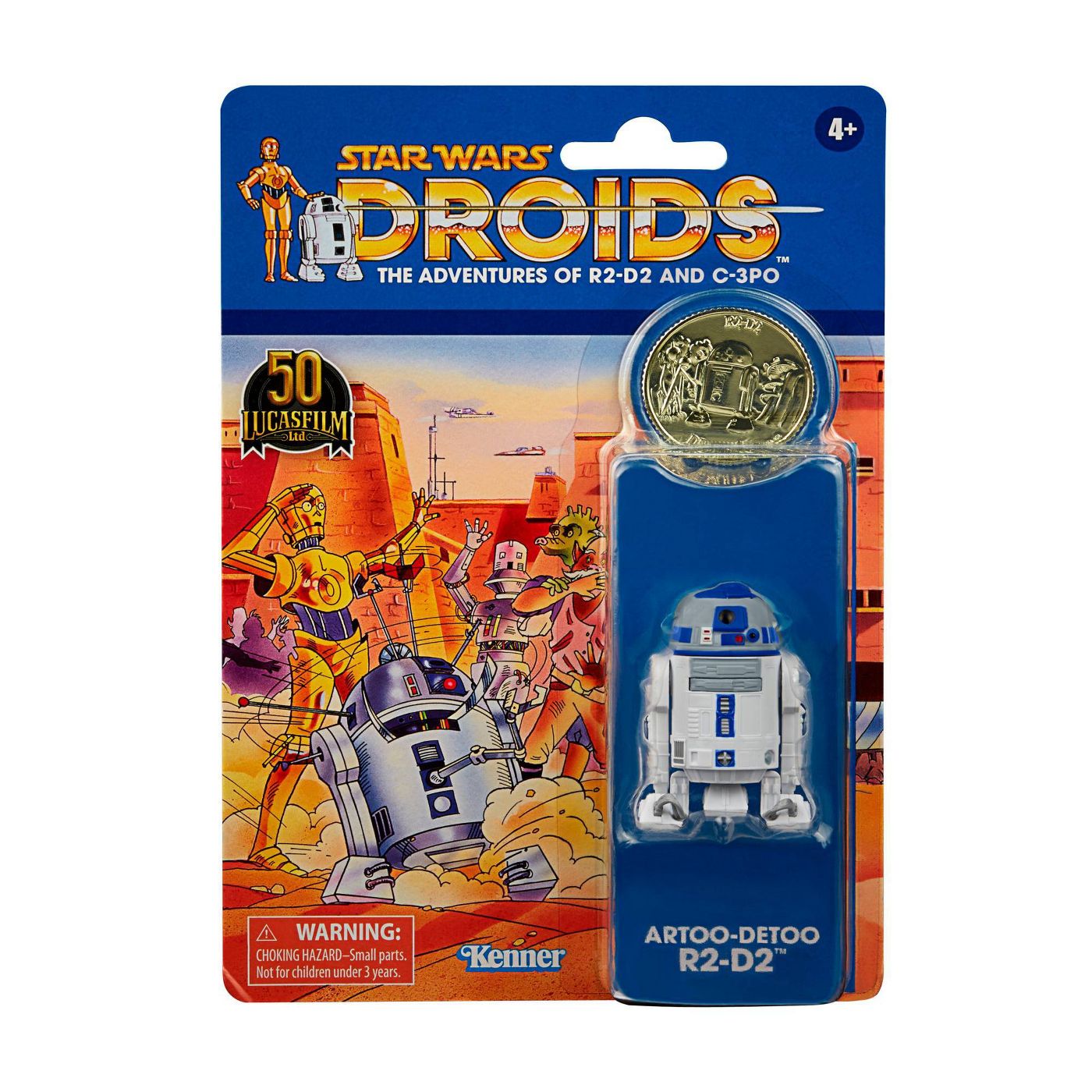 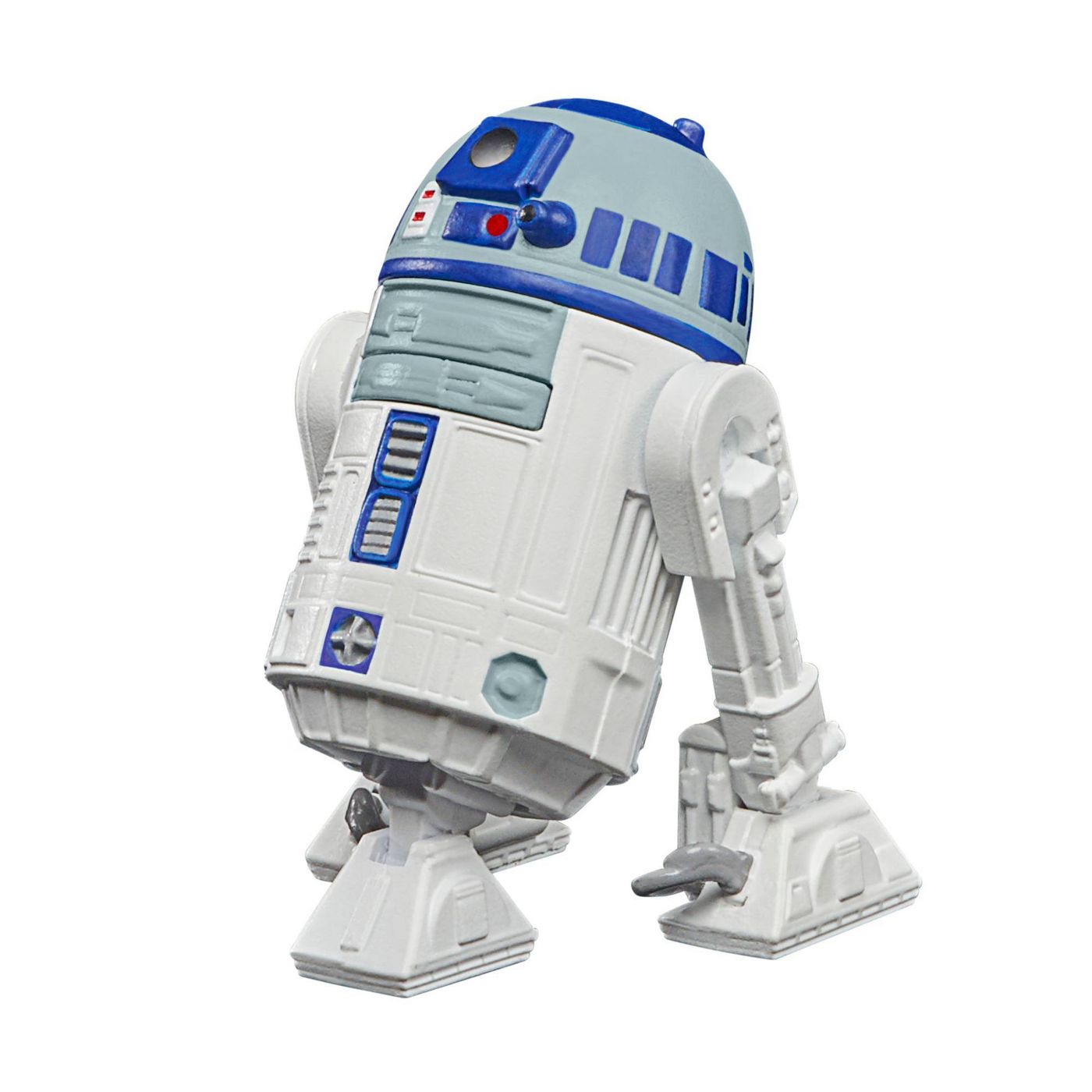 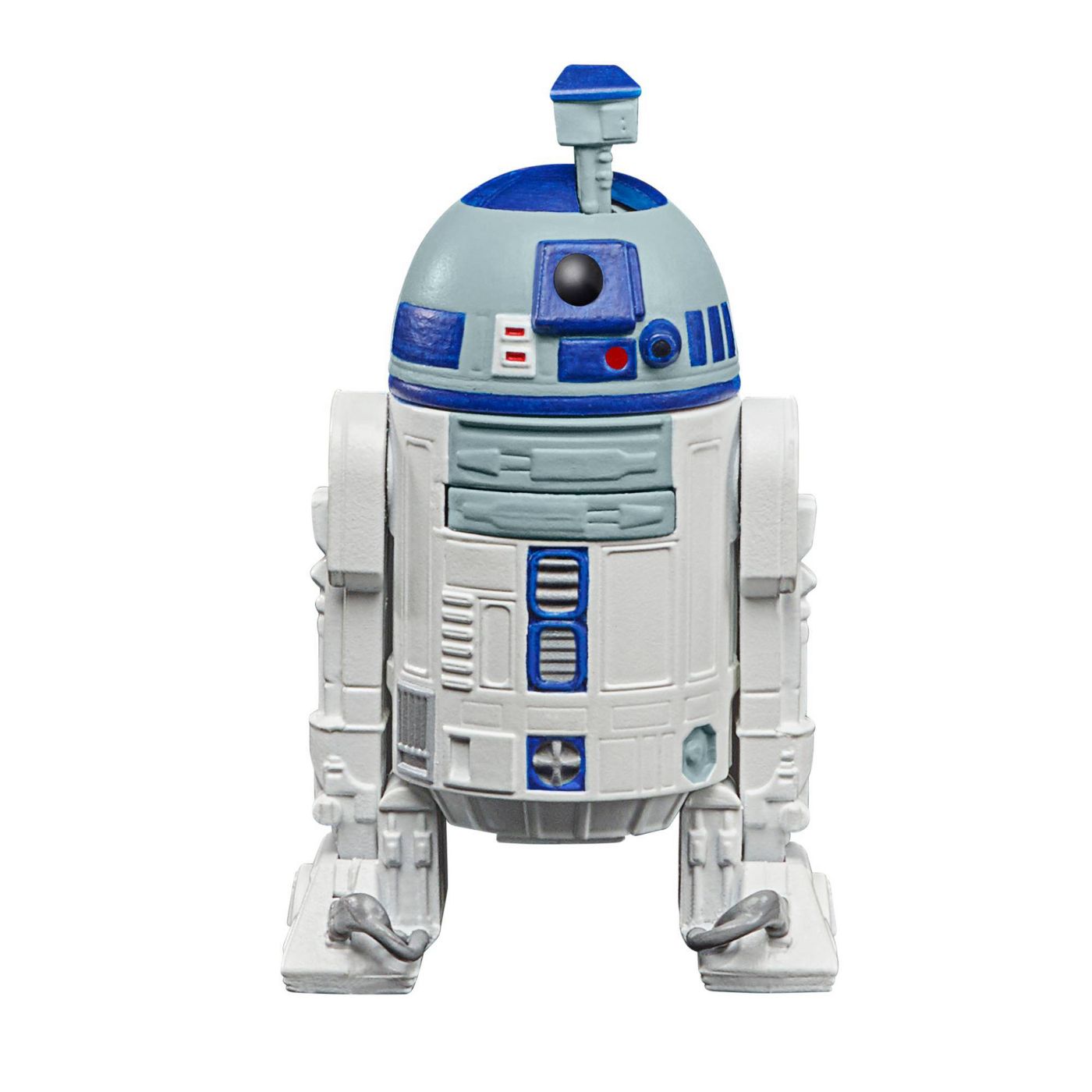 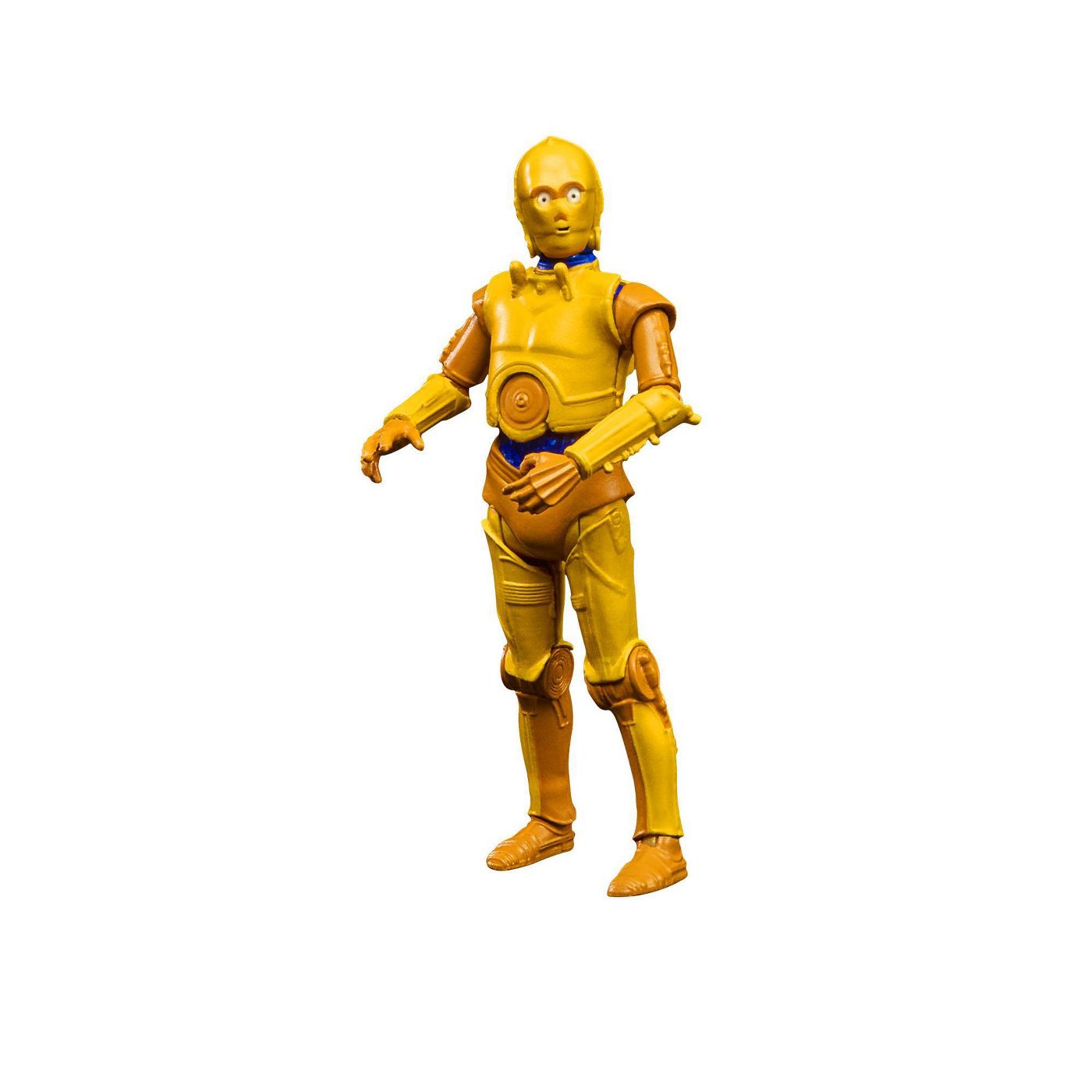 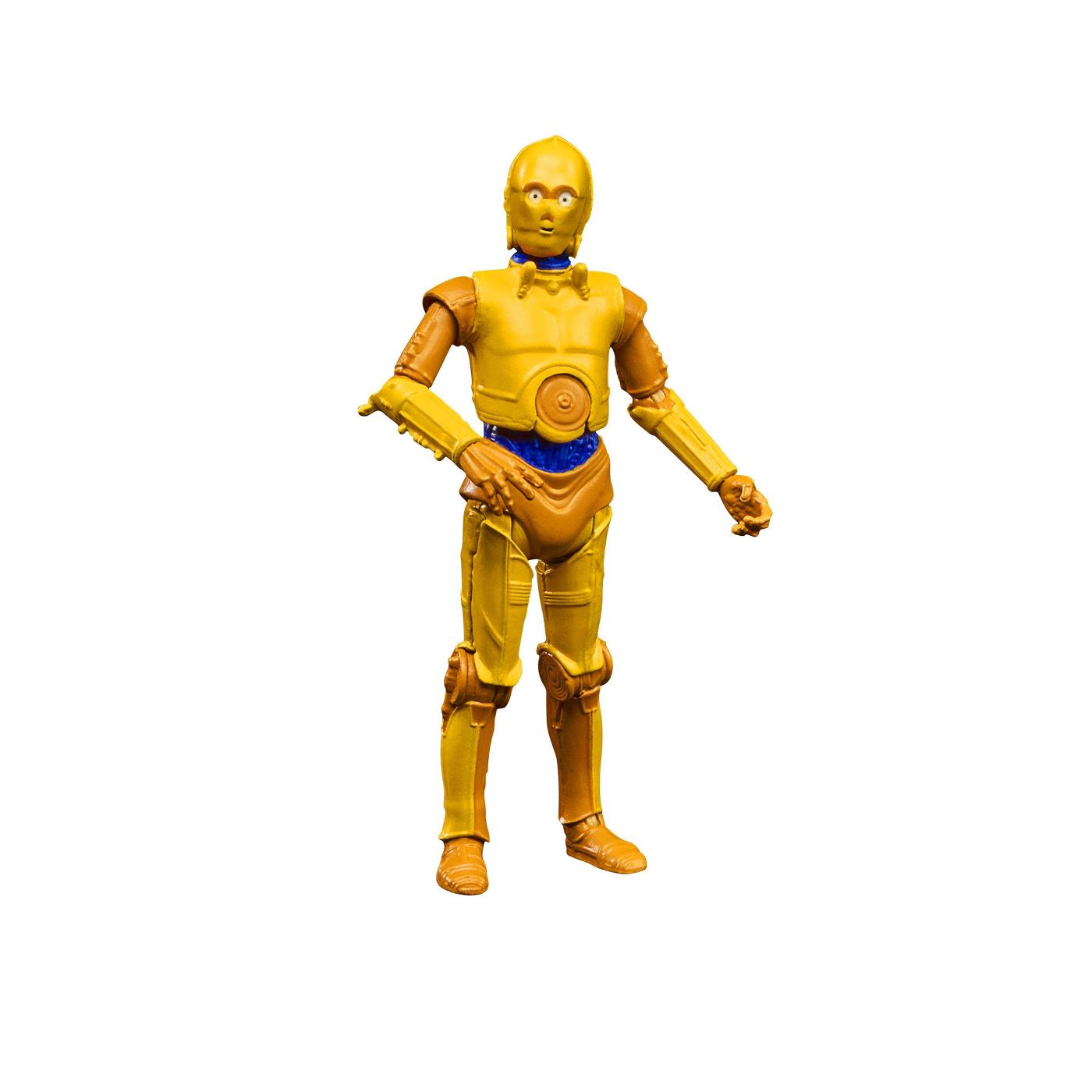 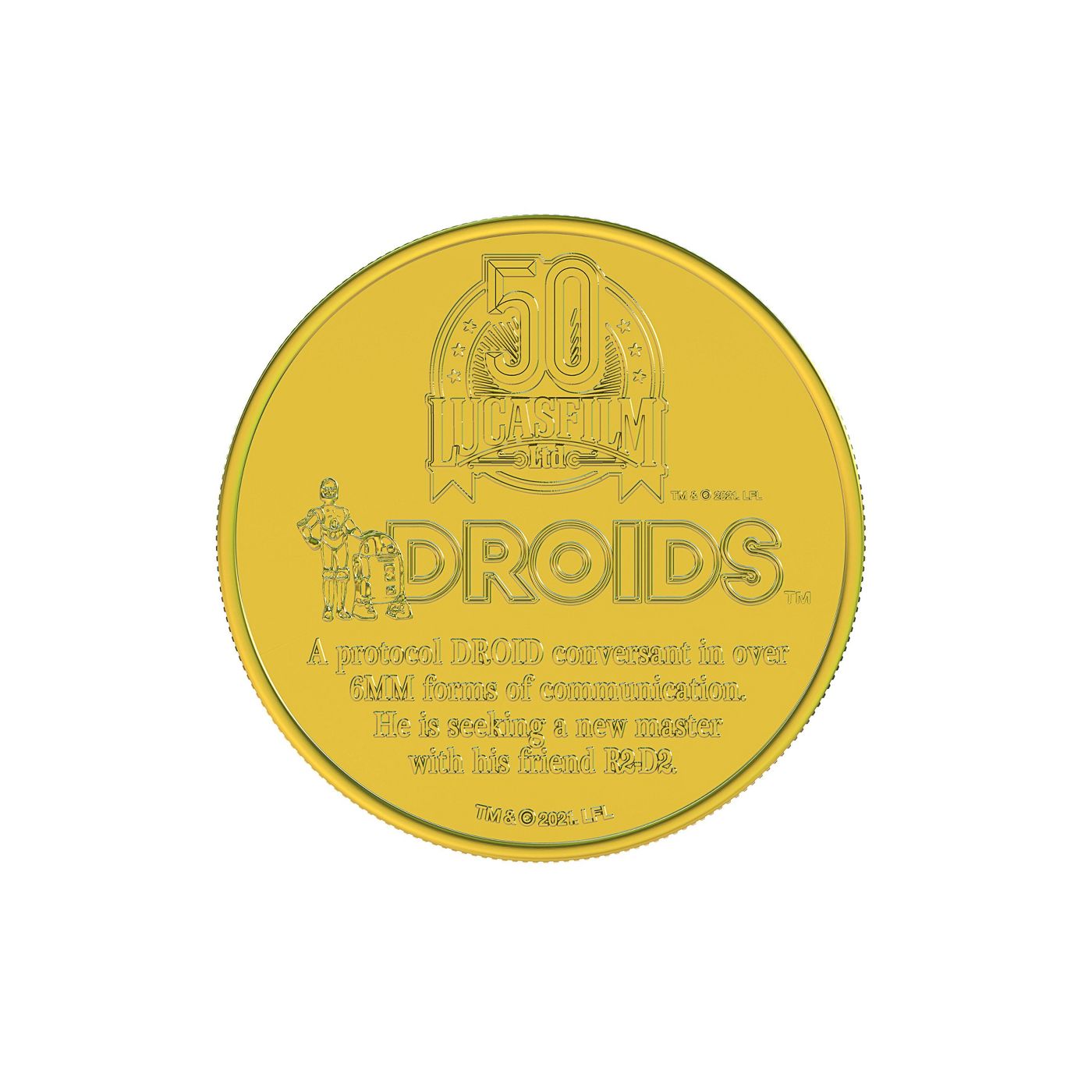 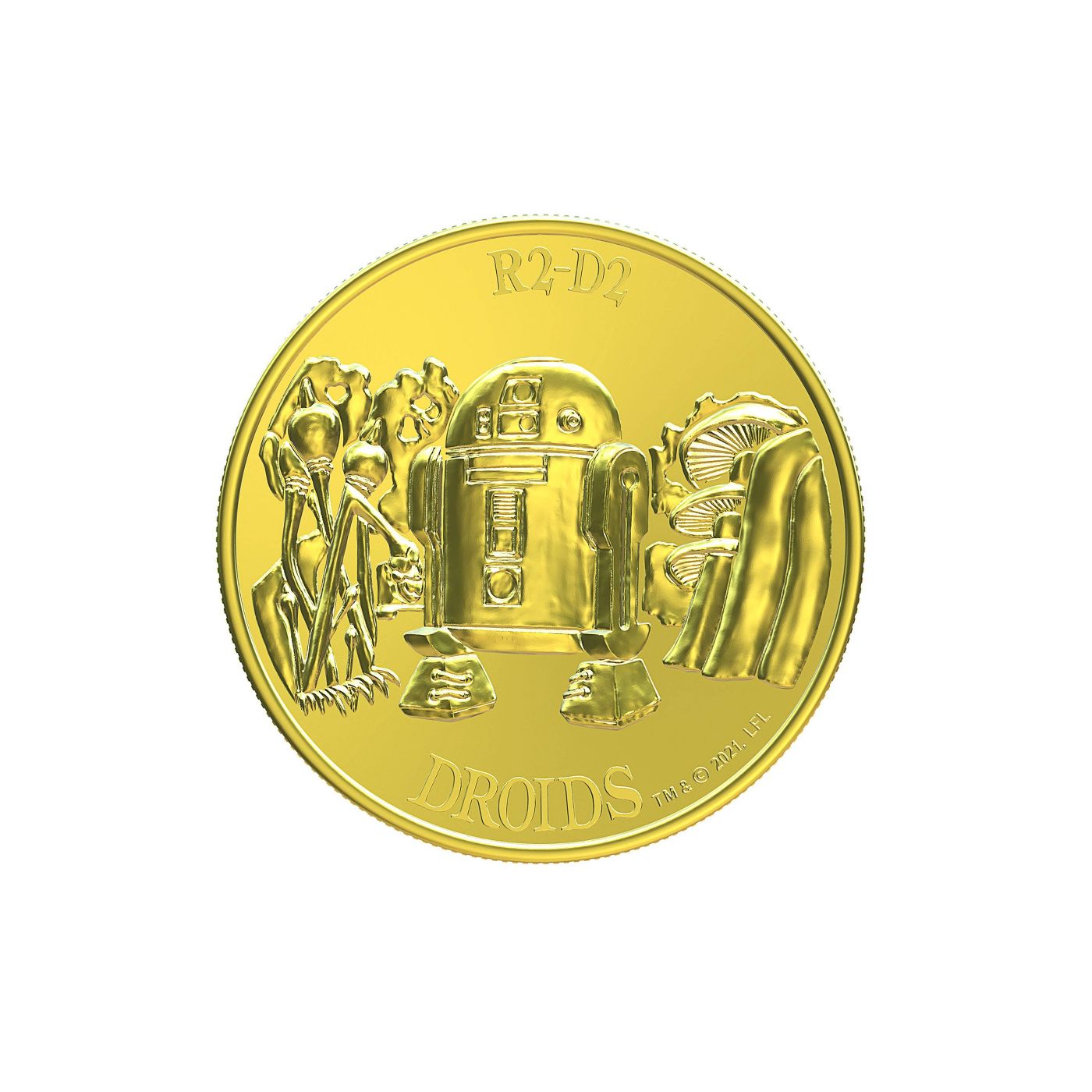 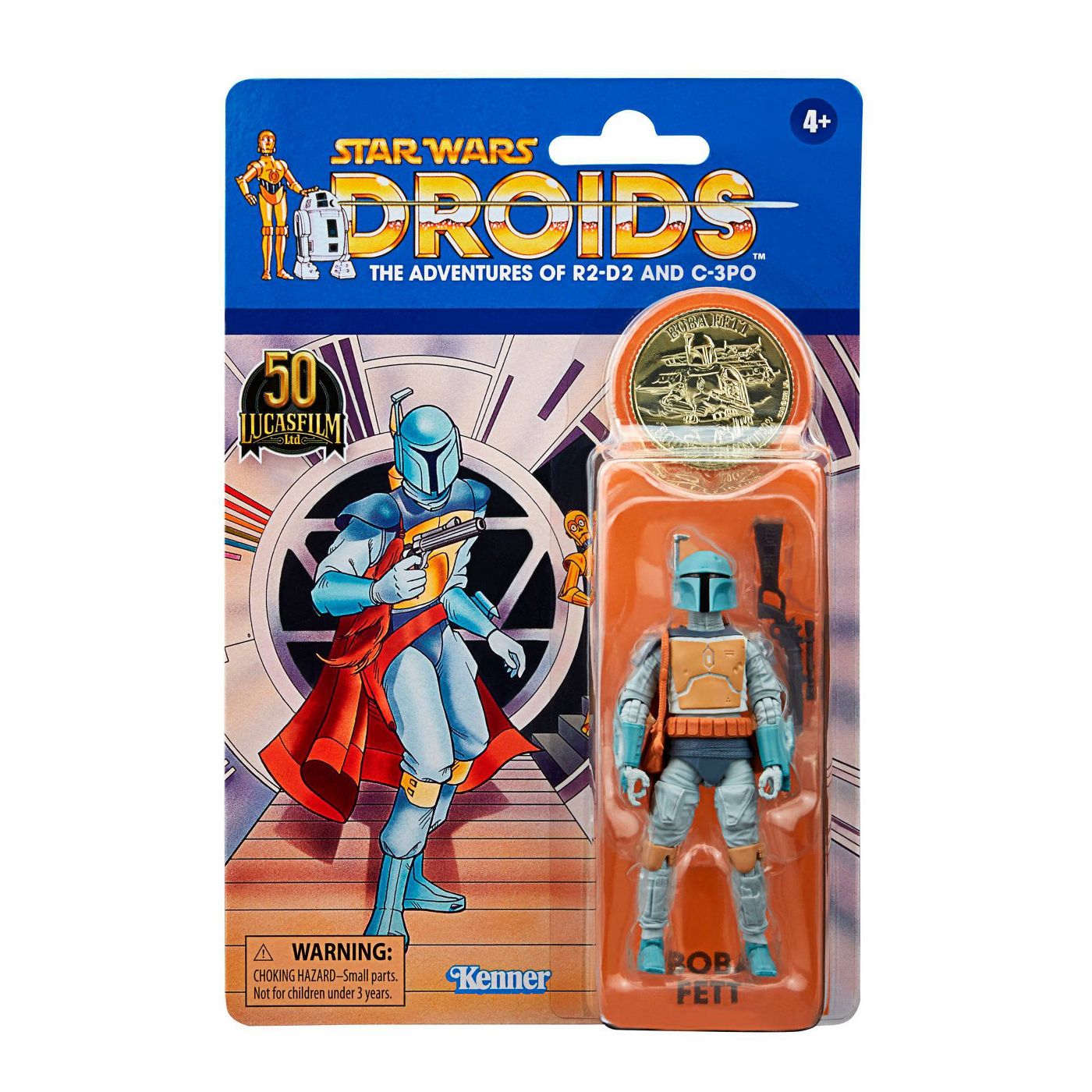 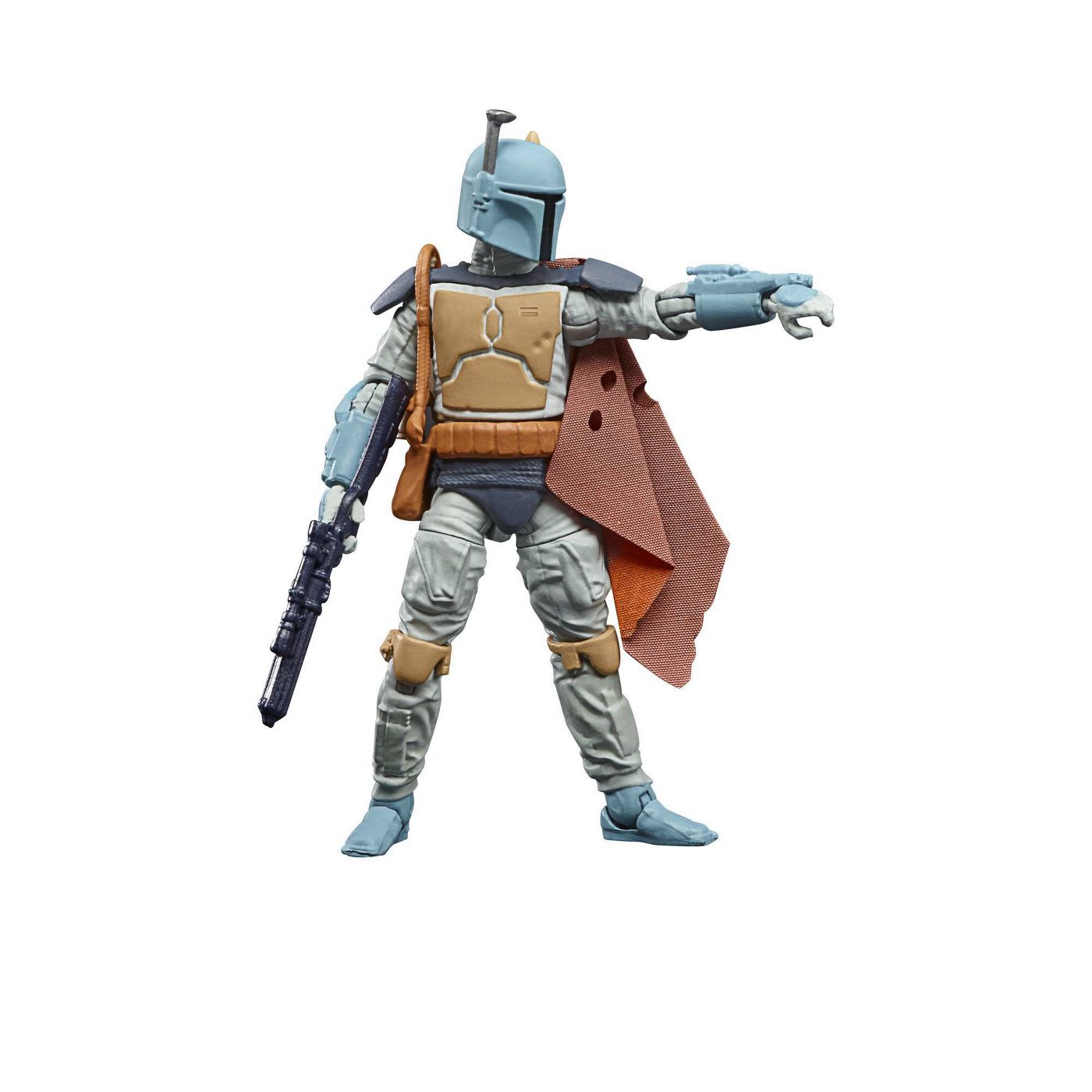 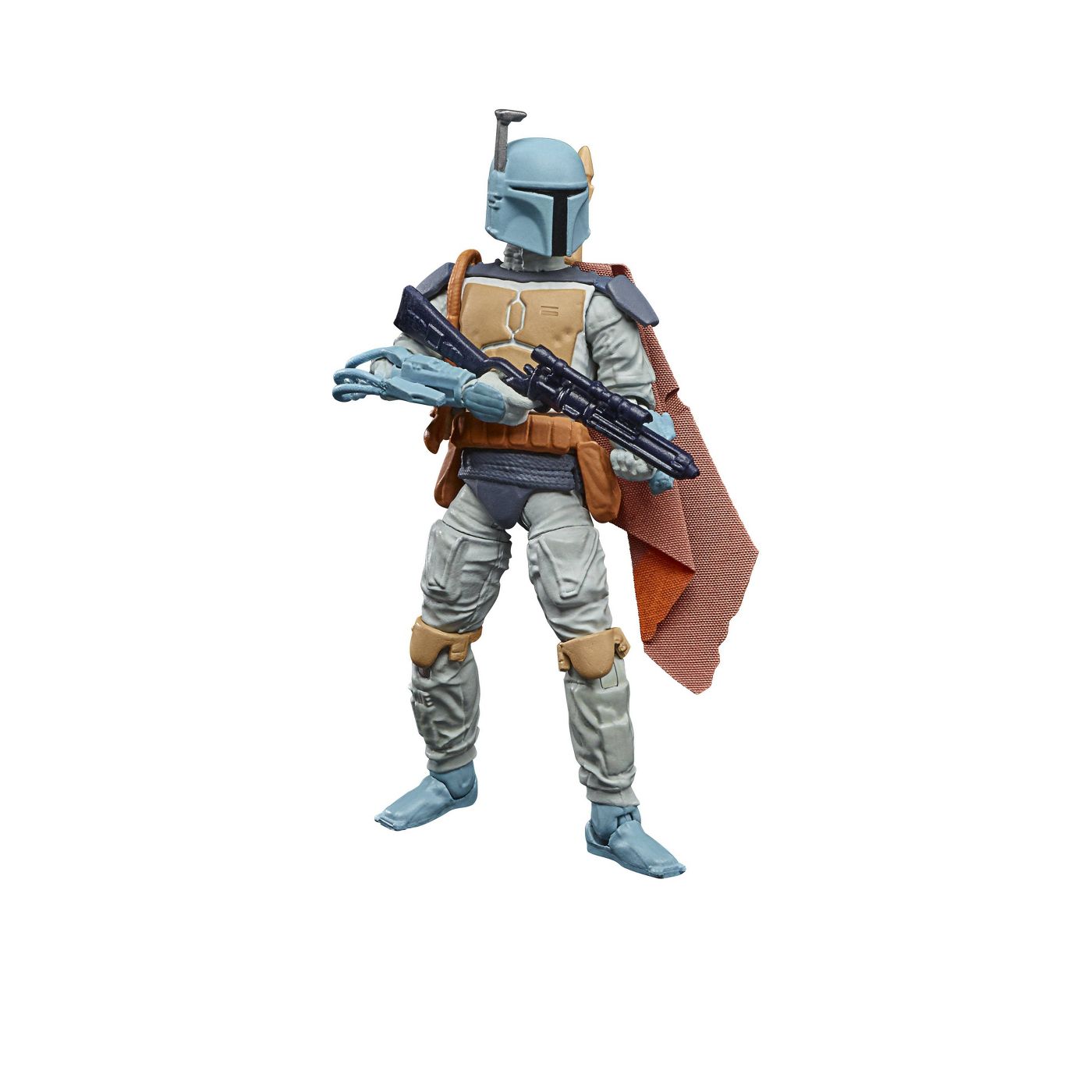 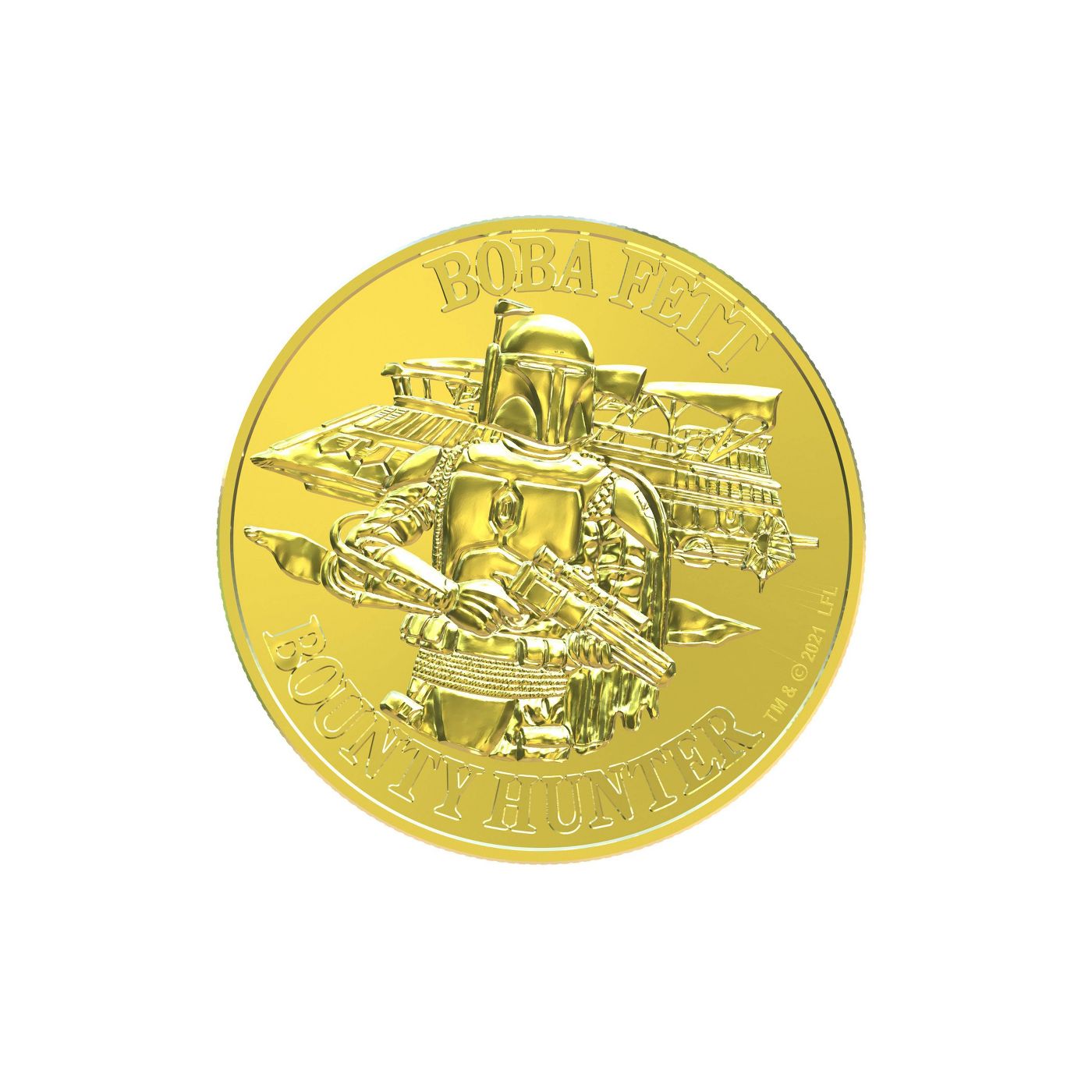