During a livestream on the Hasbro Pulse YouTube channel this morning Hasbro announced the final two tiers for the Black Series Rancor HasLab campaign. Tier 3 is going to be Salacious Crumb who will need 16k backers to unlock. The last tier is Luke Skywalker (Jedi Knight) who requires a total of 19k backers to be included with the Rancor.

As a reminder, the first tier is a Black Series Gamorrean Guard on a Kenner-style Power Of The Force card with coin and the second tier is a Rancor pit backdrop with bones and skulls.

You can back the Rancor on the Hasbro Pulse website until December 6, 2021. 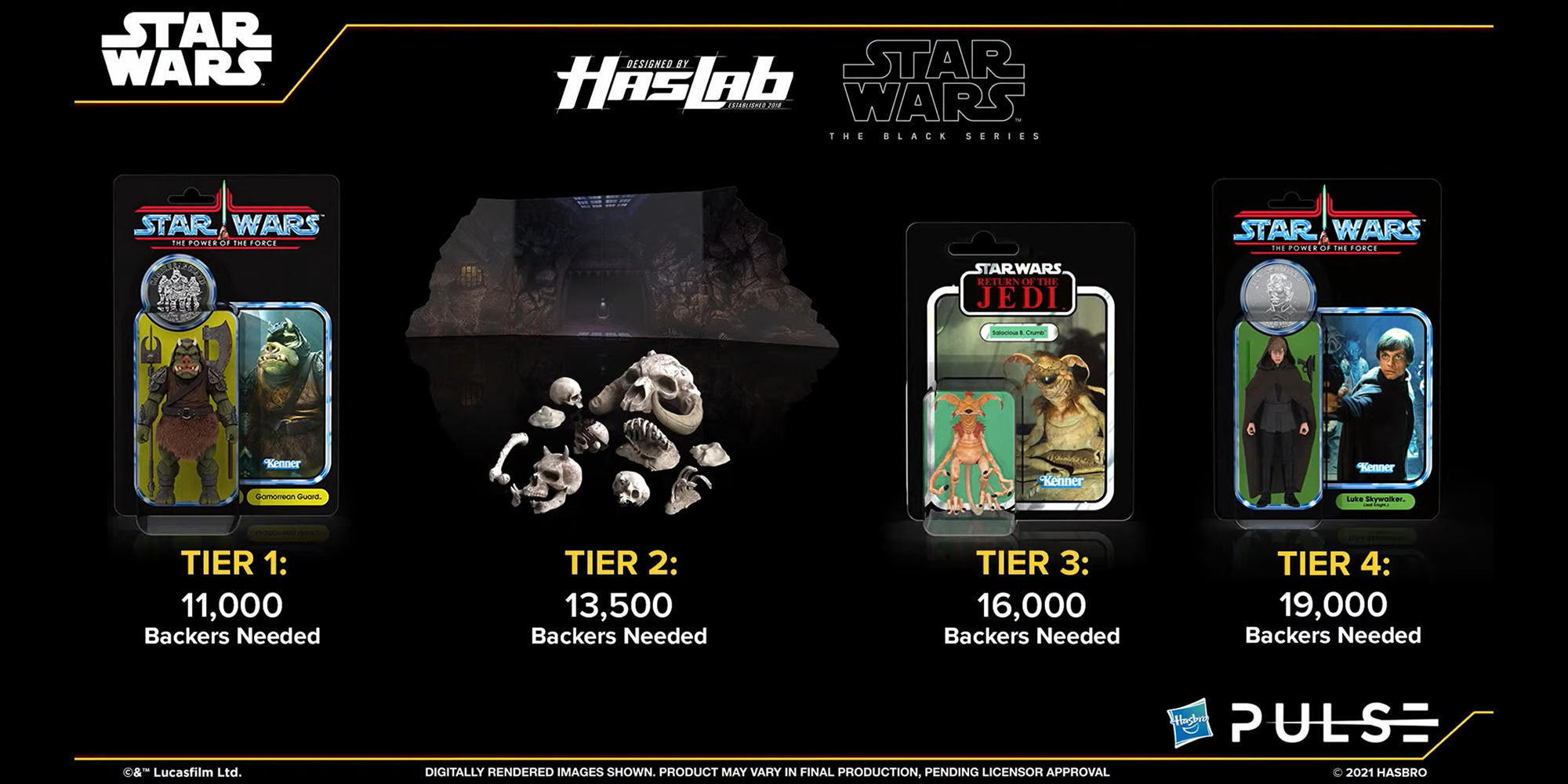