ShopDisney.com has announced another figure coming to their website on May 16, 2022, and that is the 3 3/4" Vinage Collection Republic Trooper. In the United States this figure is a shared exclusive between ShopDisney.com and Hasbro Pulse.

This is the third time that this figure will be made available, the first one was released in the Vintage Collection in 2012, it was then re-released in the Black Series 3 3/4" line in 2017 and now it's being re-released yet again because it won the fan vote in 2021. Don't miss out this time around! 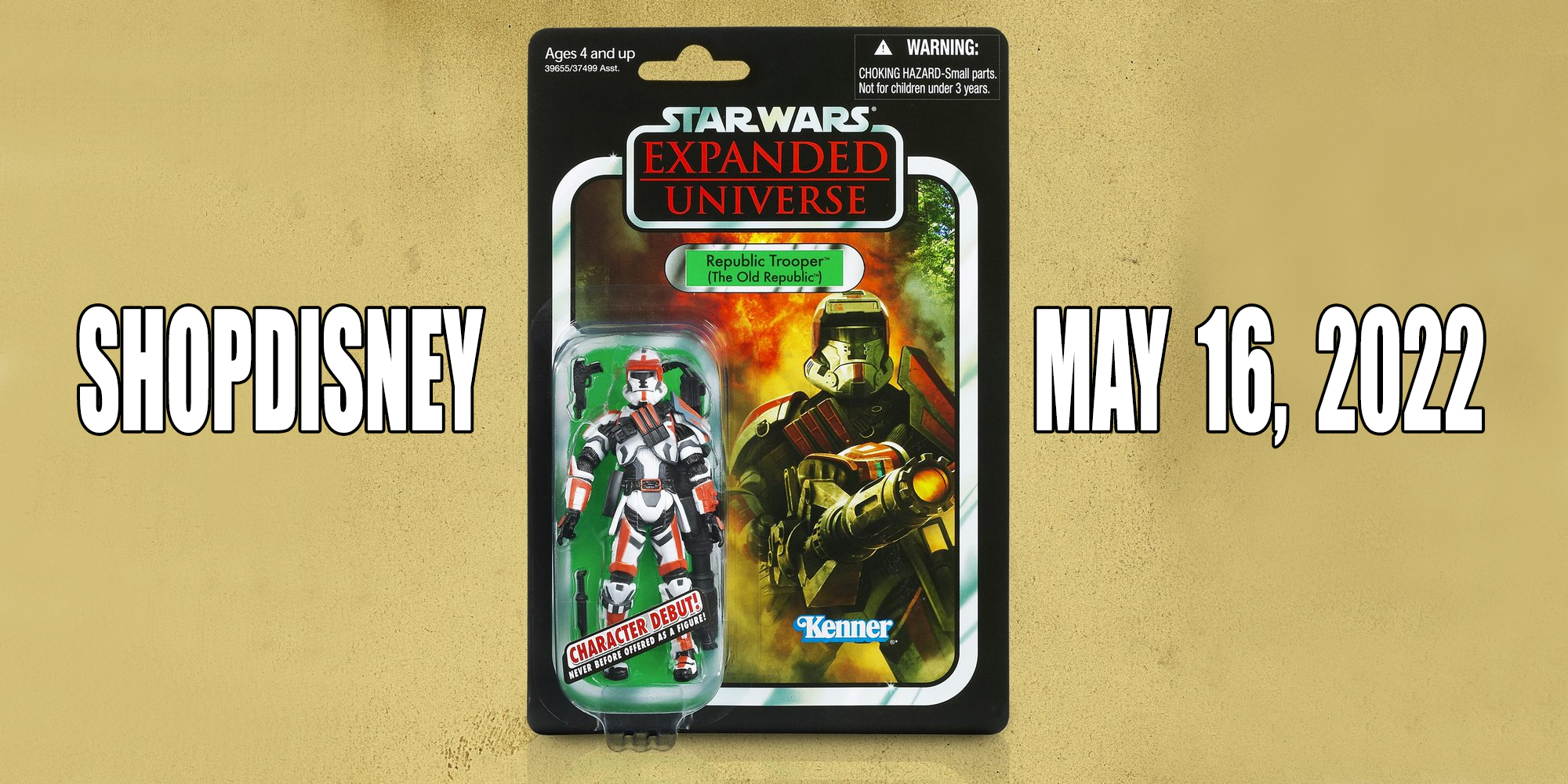