Hasbro held a panel this afternoon at Star Wars Celebration Anaheim 2022 where they revealed a ton of new Star Wars action figures. The focus of course was on the Obi-Wan Kenobi TV series with lots of figures being released later this year and early next. Pre-orders for most of the figures is on June 1, 2022, stay tuned to GalacticFigures.com for an update with all the direct product links.

The first figure which the Hasbro team talked about during their panel was the Star Wars Celebration Anaheim 2022 exclusive Black Series Jon Favreau (Paz Vizsla) figure which was revealed last week. It was mentioned that the figure is only available to convention attendees currently but that a limited number of figures will be made available later through Hasbro Pulse. 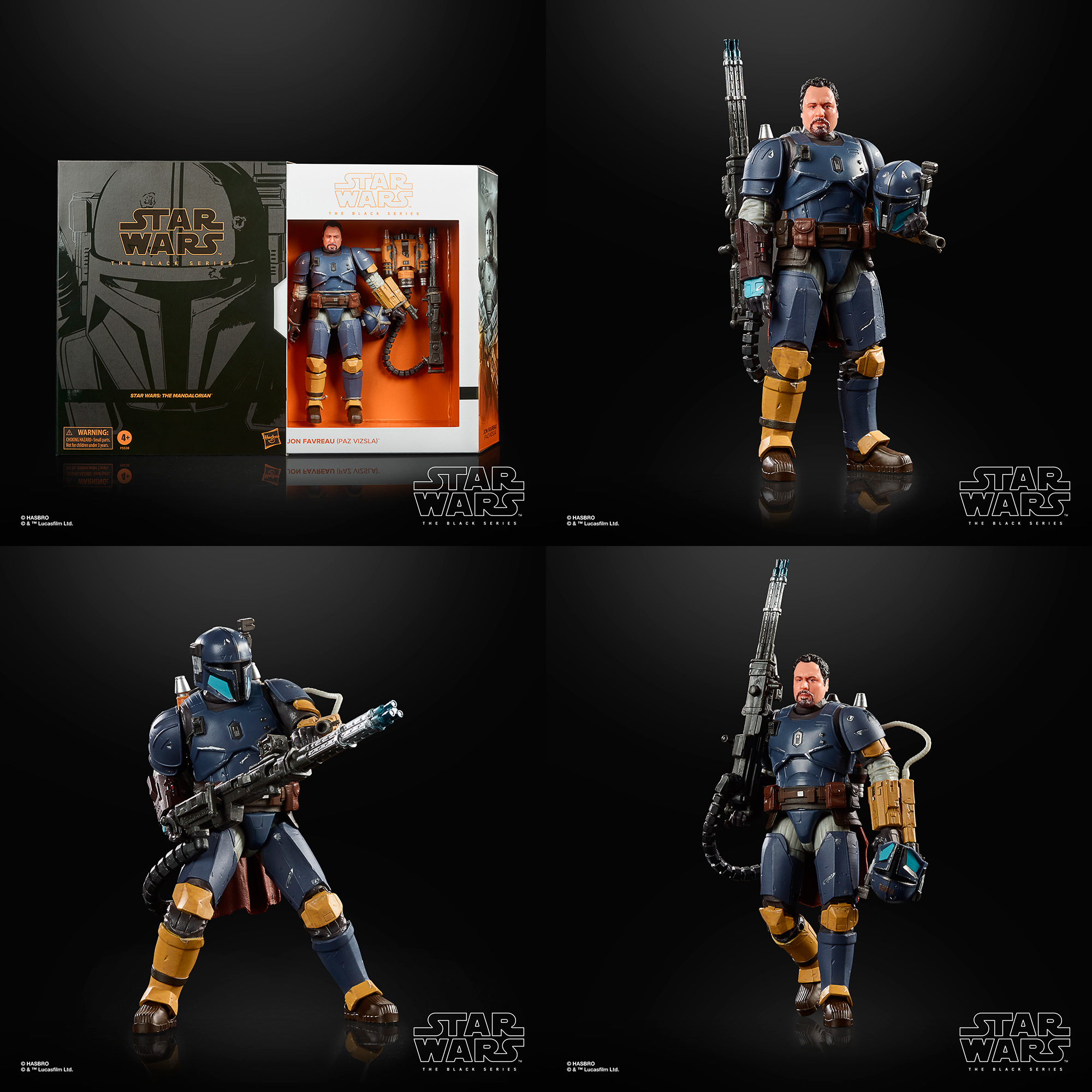 The Black Series 6" line will see all four Inquisitors released which we've seen so far in the Kenobi TV series, this includes Reva, the Fourth Sister, the Fifth Brother and the Grand Inquisitor. They are all main line releases and will be on shelves in Spring 2023 for $24.99 each. Pre-orders will begin at a variety of online stores on June 1, 2022. All four figures look outstanding, WOW! 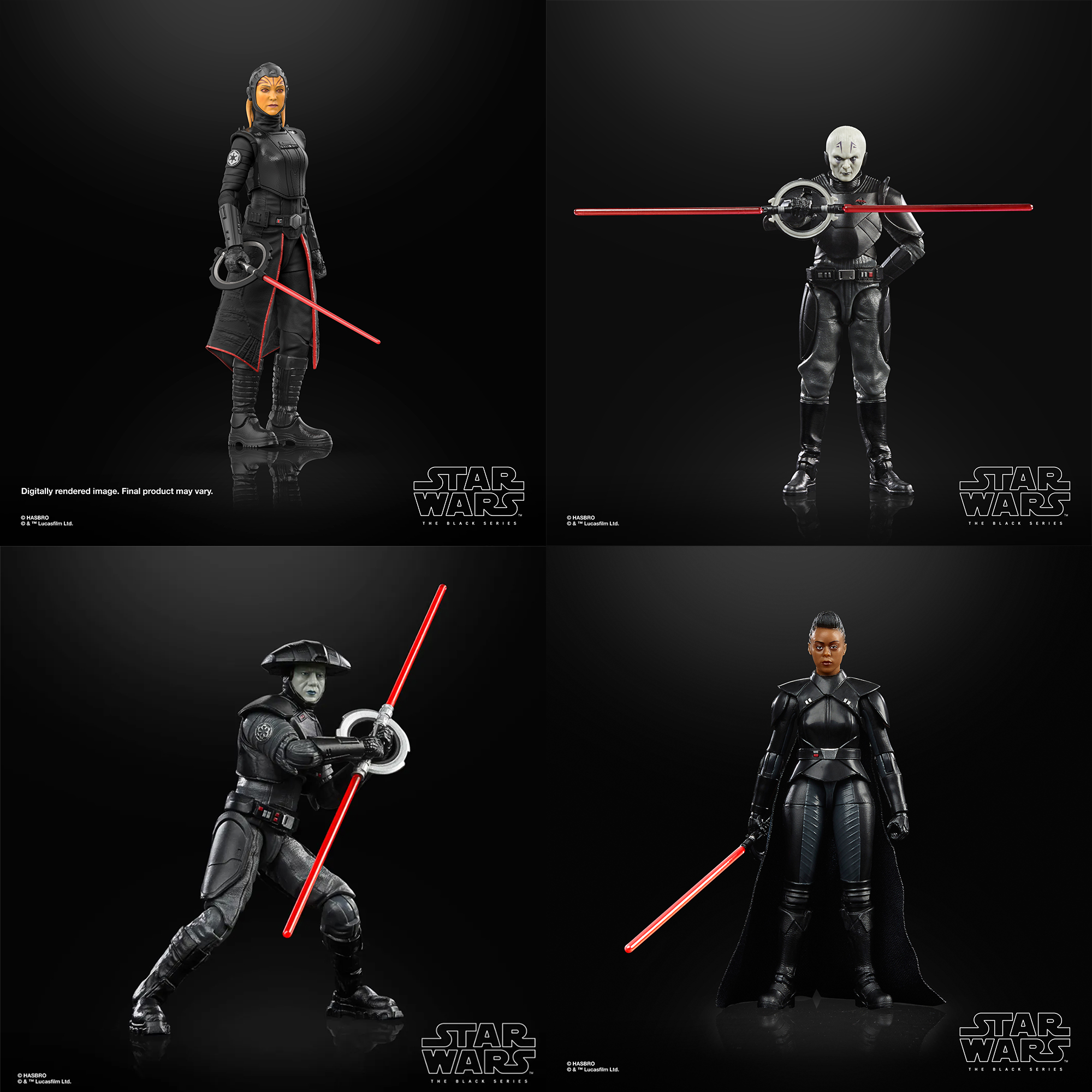 We've seen Hasbro include concept figures in the Black Series 6" line before with the Prototype Edition Boba Fett figure in all white armor, which is being re-released as part of the Empire Strikes Back mural packaging, and now Hasbro continues this concept with the Obi-Wan Kenobi and Darth Vader 2-pack (Concept Art Edition). The set is exclusive to ShopDisney.com and will cost $55.99, pre-orders go live on June 1st, 2022 and it'll ship in Spring 2023.

Unfortunately the only new parts on the figures are the head sculpts, and it's surprising that these figures made it through Lucasfilm licensing despite all the inaccuracies to the source materials. Darth Vader in particular was depicted by Ralph McQuarrie carrying a blaster with a holster on his belt which wrapped around his right leg, all details which are unfortunately nowhere to be found on this figure. 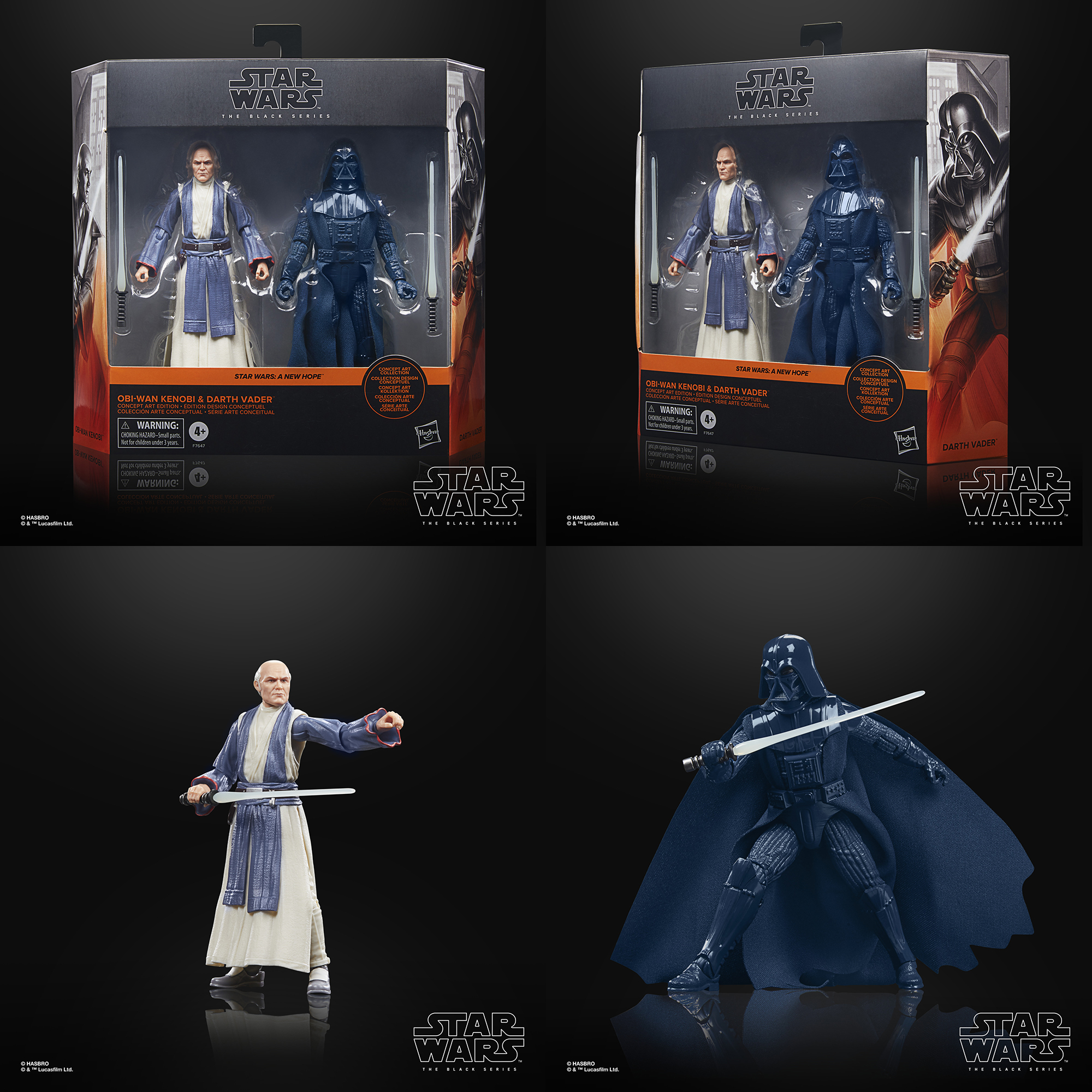 Greef Karga in his Mandalorian season 2 outfit will join the Black Series 6" line in Spring 2023, along with Aayla Secura from Attack Of The Clones and Darth Maul from the Clone Wars. Each figure will cost $24.99 and they are being released as part of the main line. The Riot Scout Trooper from the highly anticipated sequel to the Jedi: Fallen Order video game, Jedi: Survivor, is a GameStop exclusive for $27.99. Pre-orders for all the figures go live on June 1, 2022 at 1pm ET. 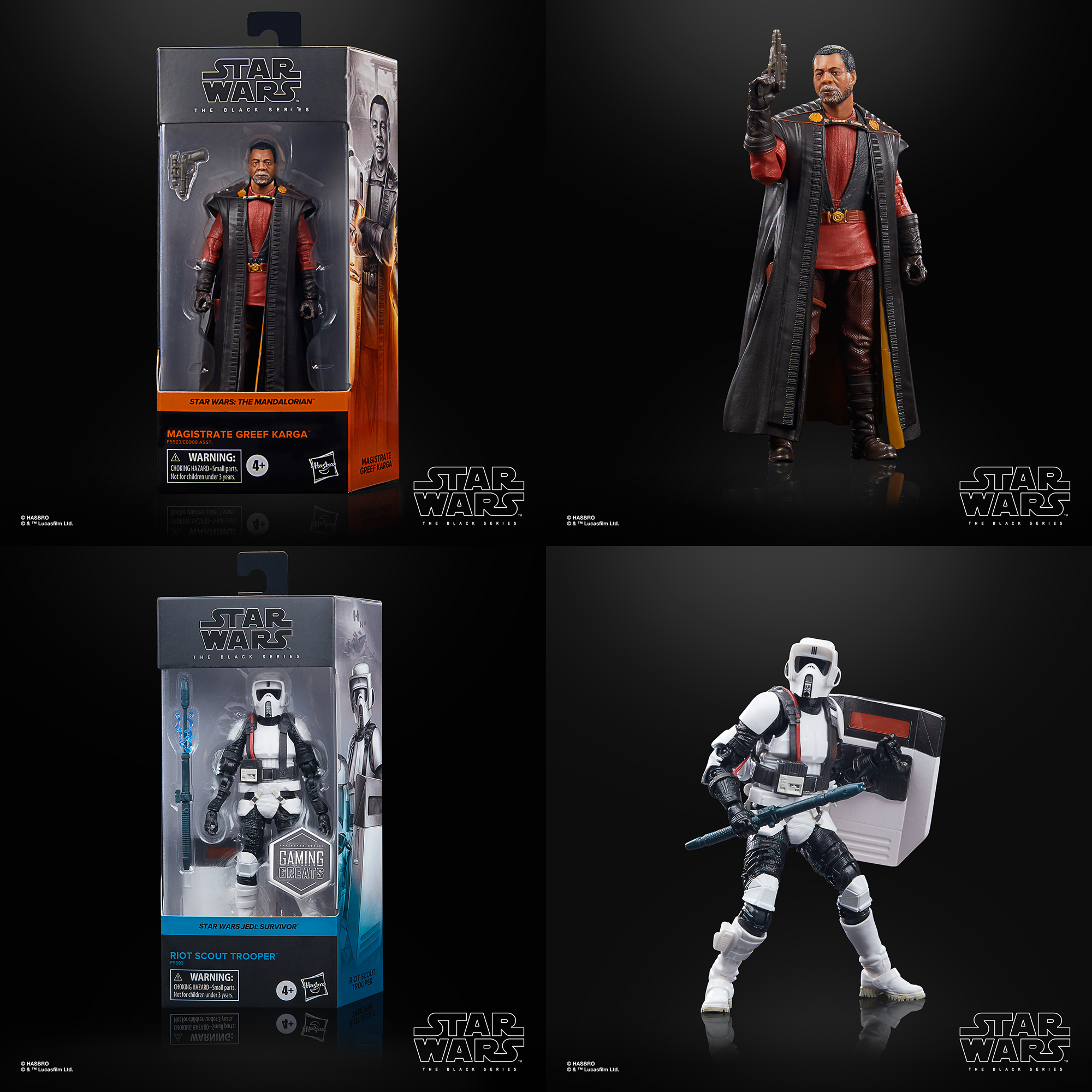 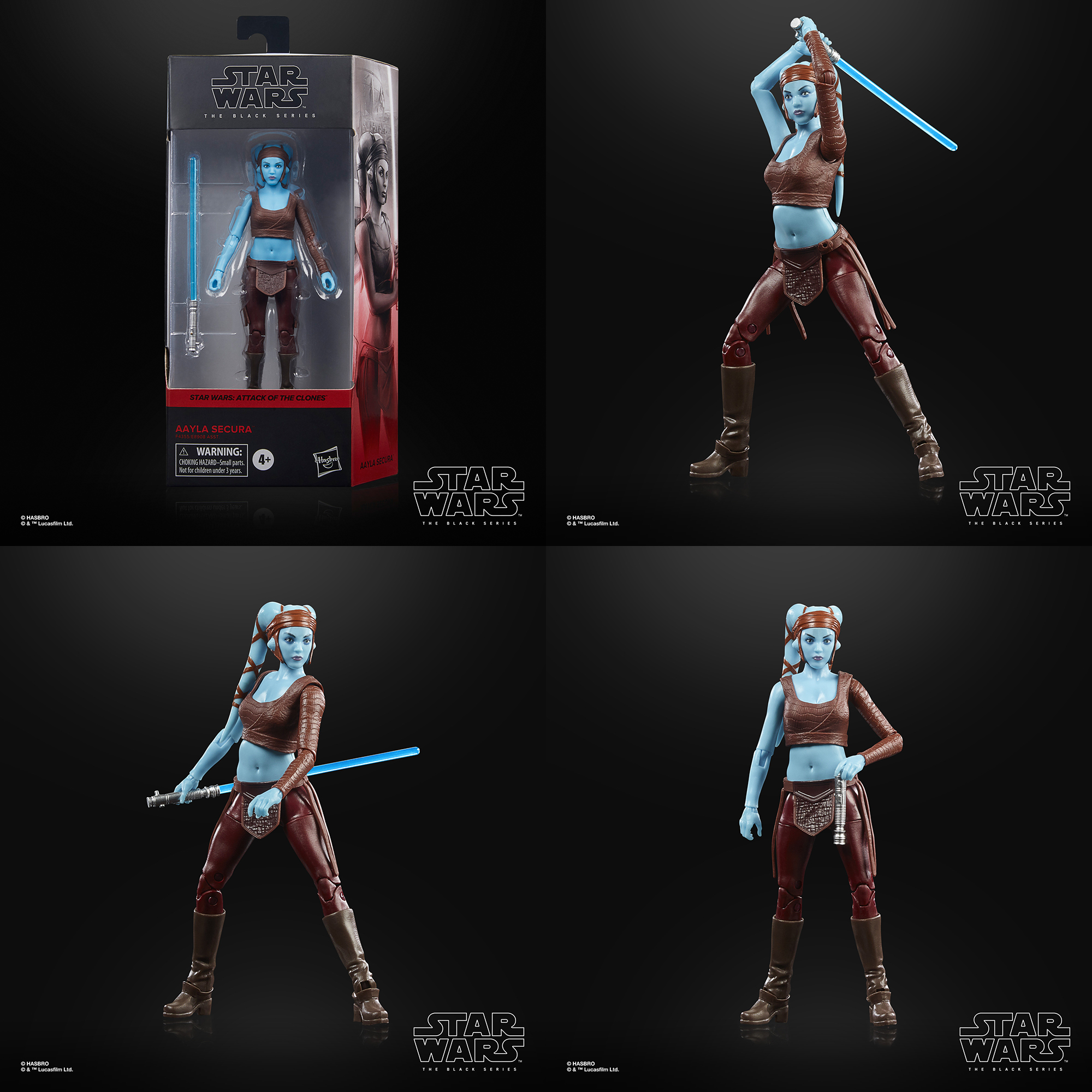 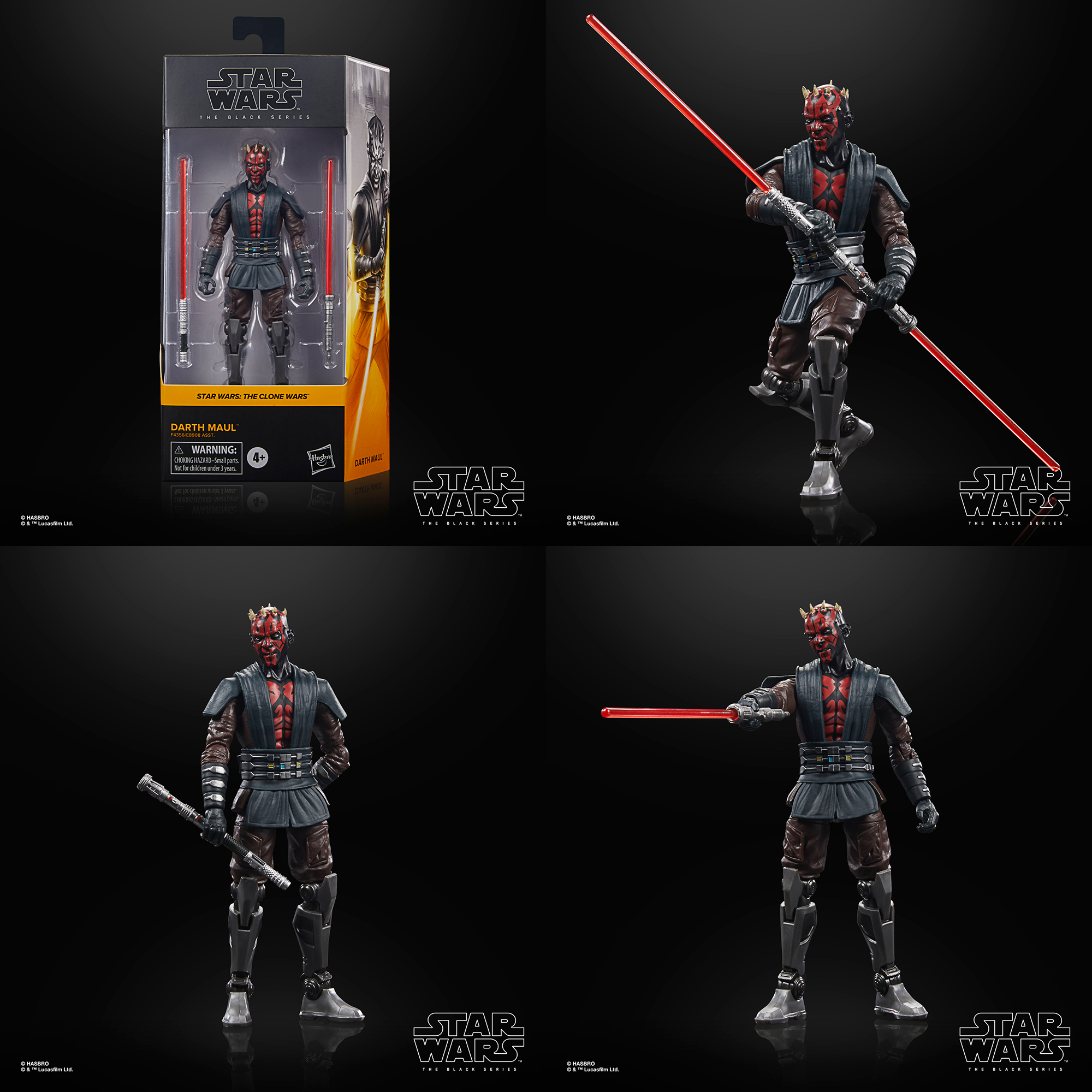 All the figures shown for the Black Series feel fresh, especially the Inquisitors look outstanding. The only disappointment is with the two lackluster renditions of the Ralph McQuarrie Obi-Wan Kenobi and Darth Vader figures because of their inaccuracies to the source material.

Last but not least Hasbro gave collectors a glimpse into the future with two pipeline reveals for the Black Series 6" line with Darth Malak and Bastilla Shan from the Knights Of The Old Republic video game remake. Don't expect those figures any time soon, but they are in development. 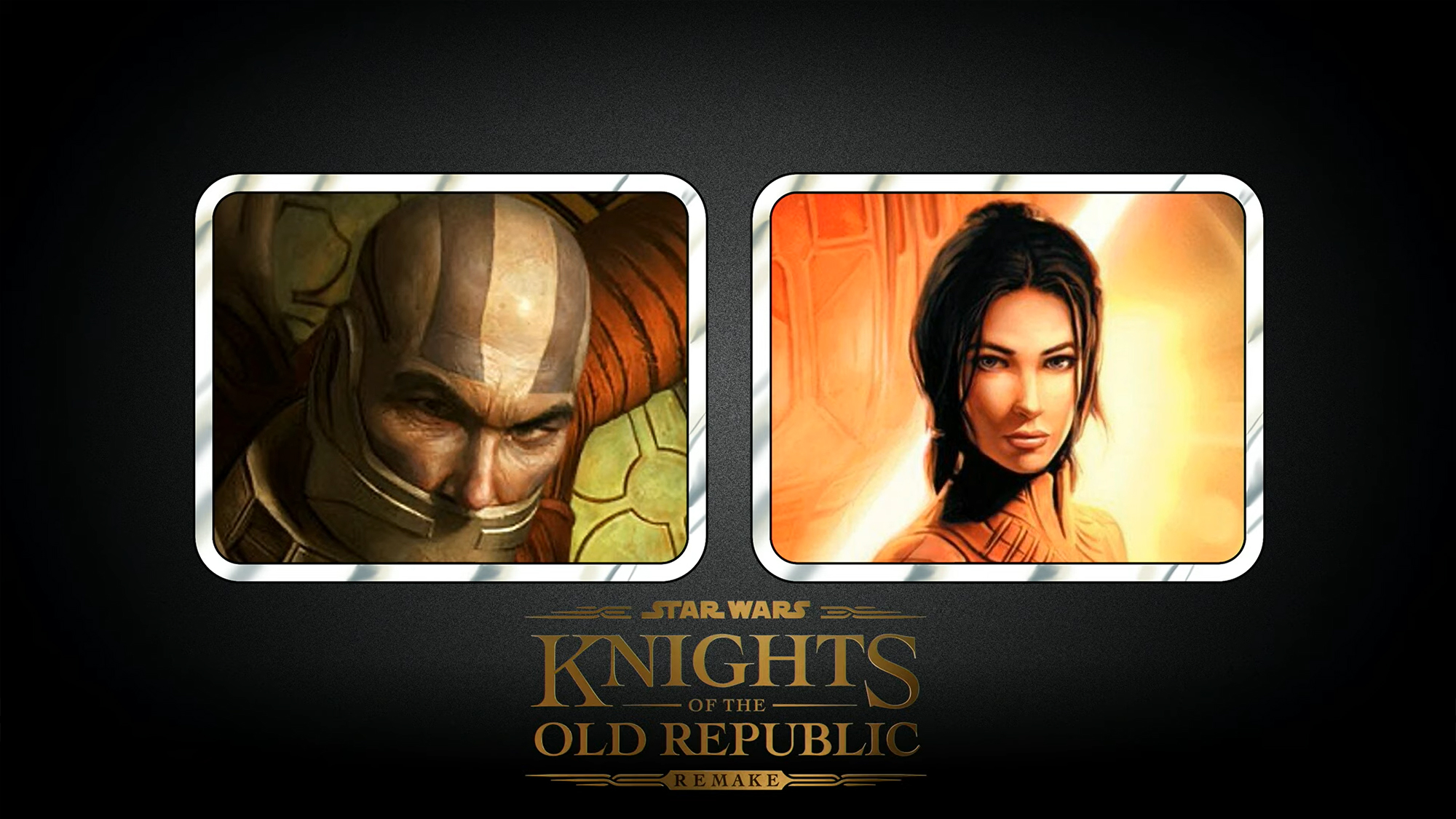 The first figure shown for the 3 3/4" Vintage Collection was Obi-Wan Kenobi (Wandering Jedi) from the Kenobi tv series. Hasbro went all out for this release and the figure will come with a lot of accessories, including two different versions of the new L0-LA59 droid. Obi-Wan is a general release and will cost $14.99, pre-orders at a variety of online stores will go live on June 1, 2022, including Entertainment Earth. 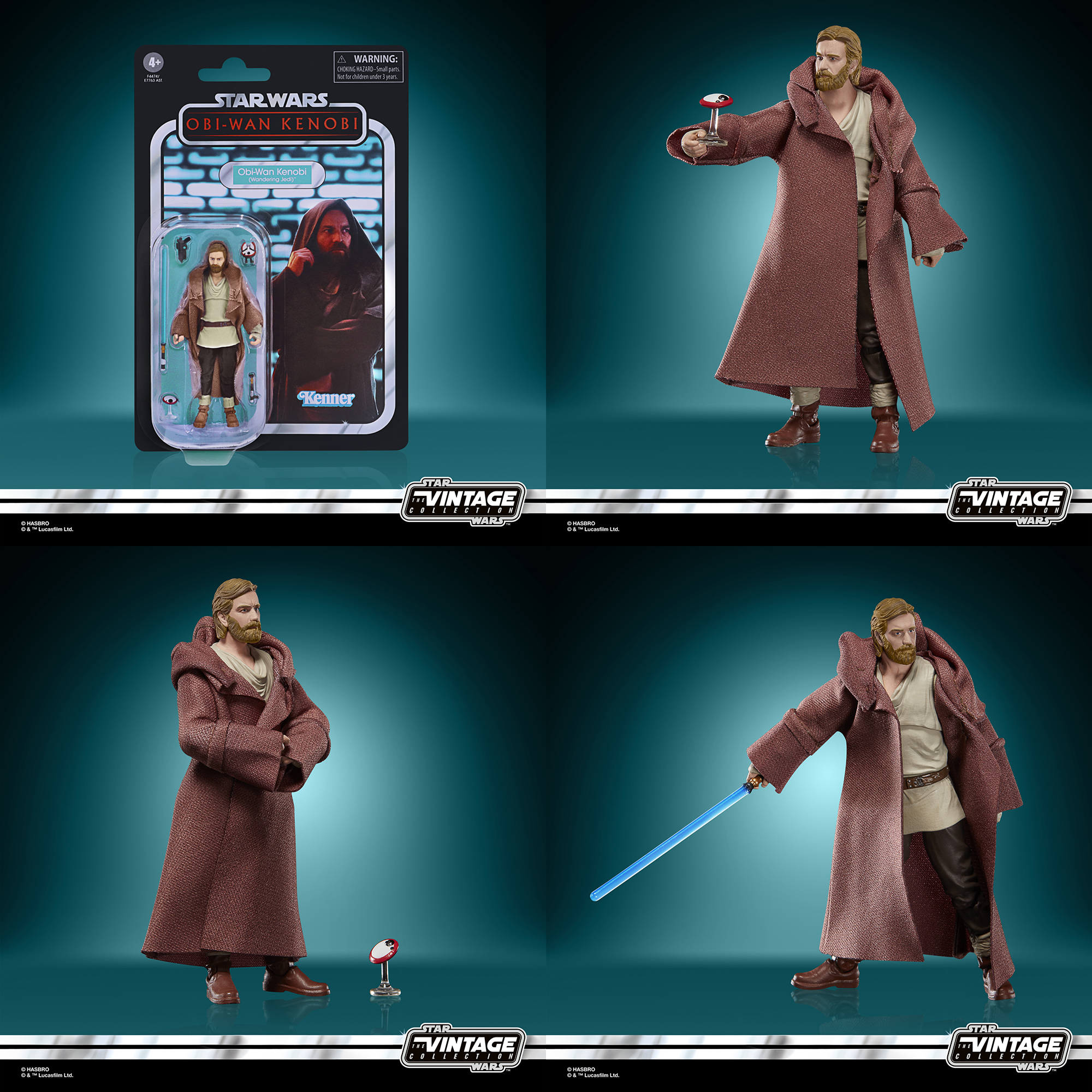 The next entry into the popular Vintage Collection troop builder program is the Hoth Rebel Trooper 4-pack which will include four new head sculpts and add some much needed variety to your Hoth Rebel troops. All four hats and goggles are removable! The set is exclusive to ShopDisney and Hasbro Pulse but since it's not going to ship to collectors until Spring 2023 only Hasbro Pulse will take pre-orders on June 1, 2022 at 1pm ET. The MSRP for this set is $44.99. 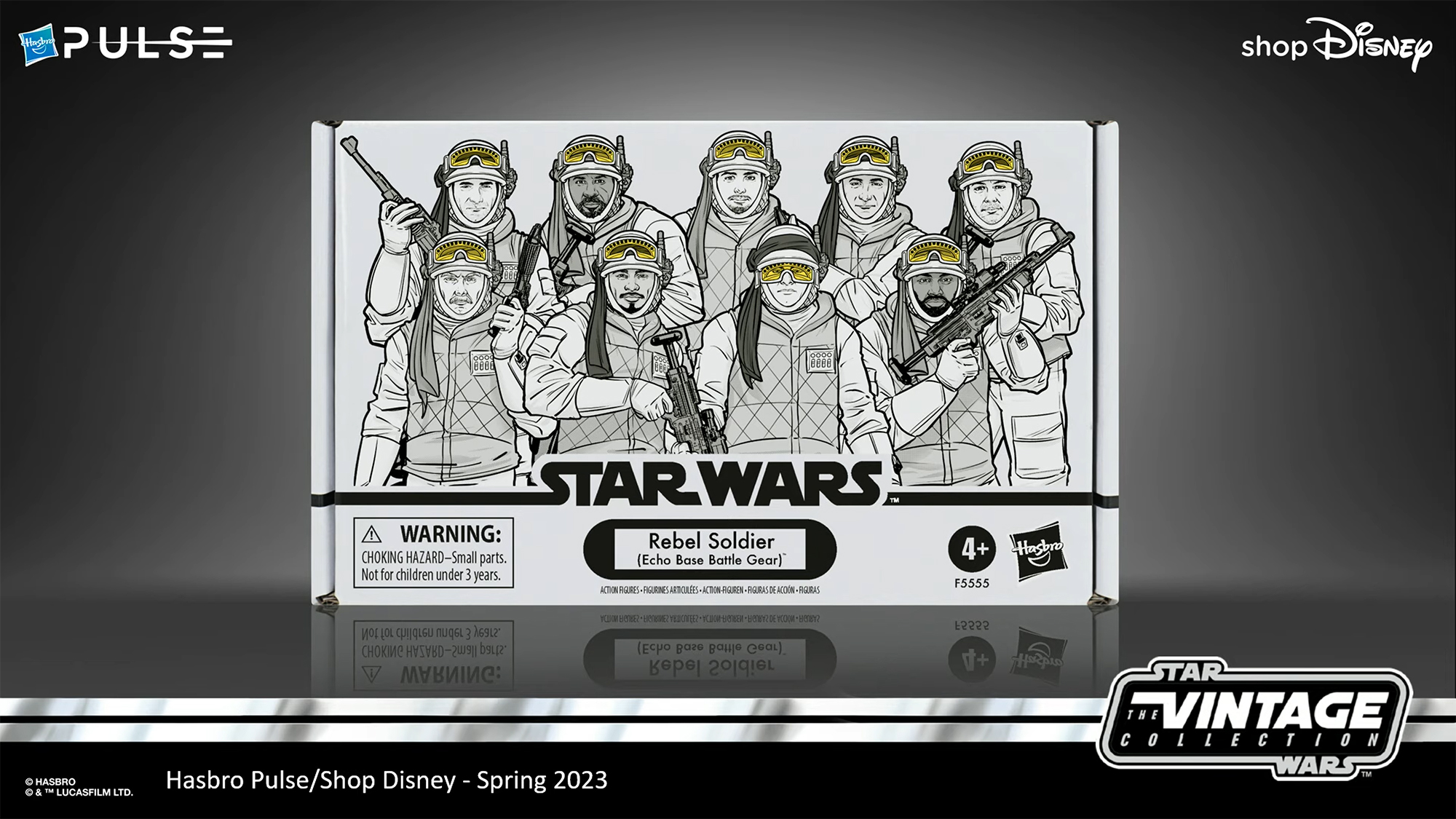 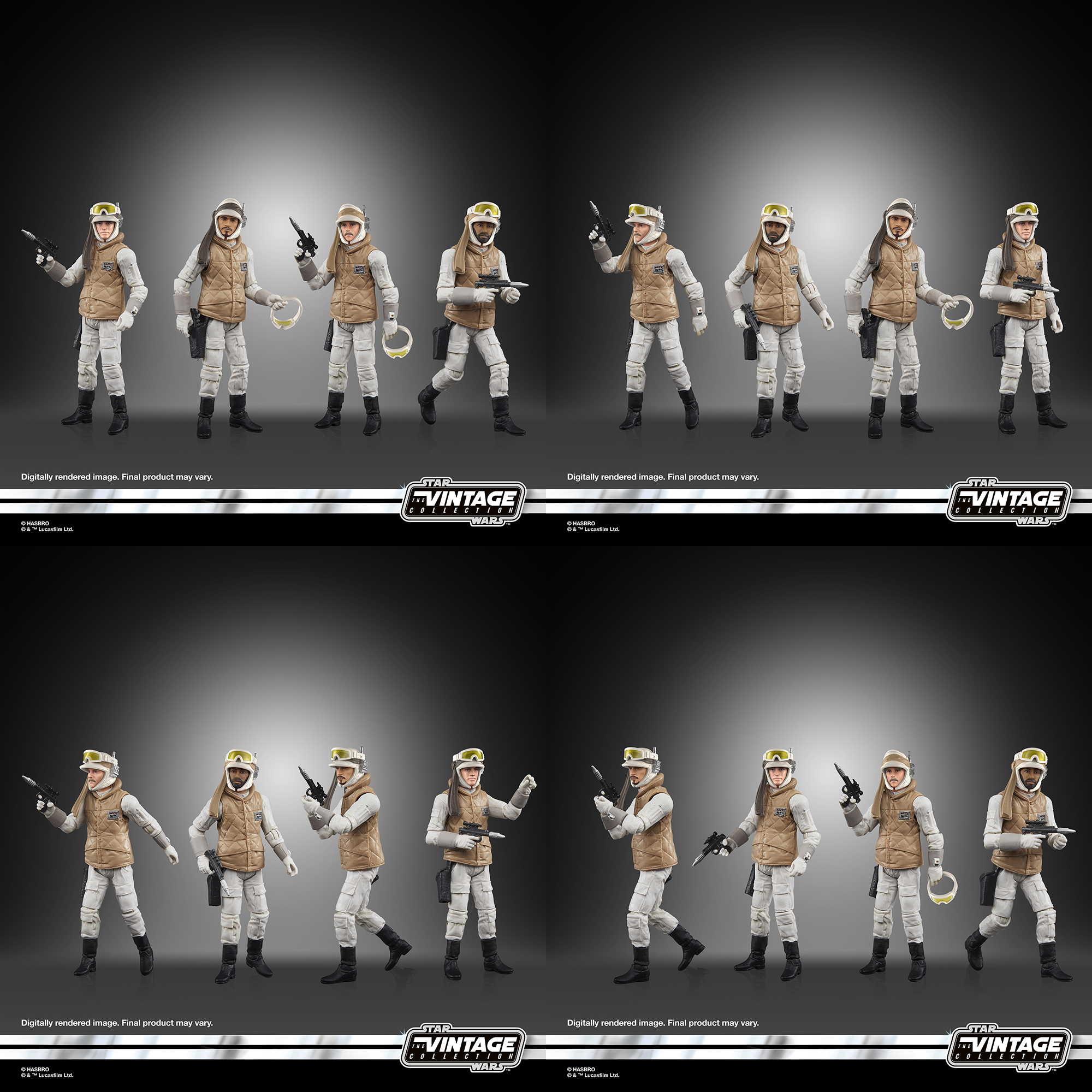 If you've purchased the Target exclusive Antoc Merrick's X-Wing fighter last year you will have noticed that Hasbro had never released the astromech droid to go with it. Now Hasbro is going to fix this by releasing Antoc Merrick's astromech droid R2-SWH in the Vintage Collection on a single card. The droid is exclusive to the Fan Channel (various online stores only including Entertainment Earth) and will be priced slightly higher at $16.99. Pre-orders go live on June 1, 2022 at 1pm ET. 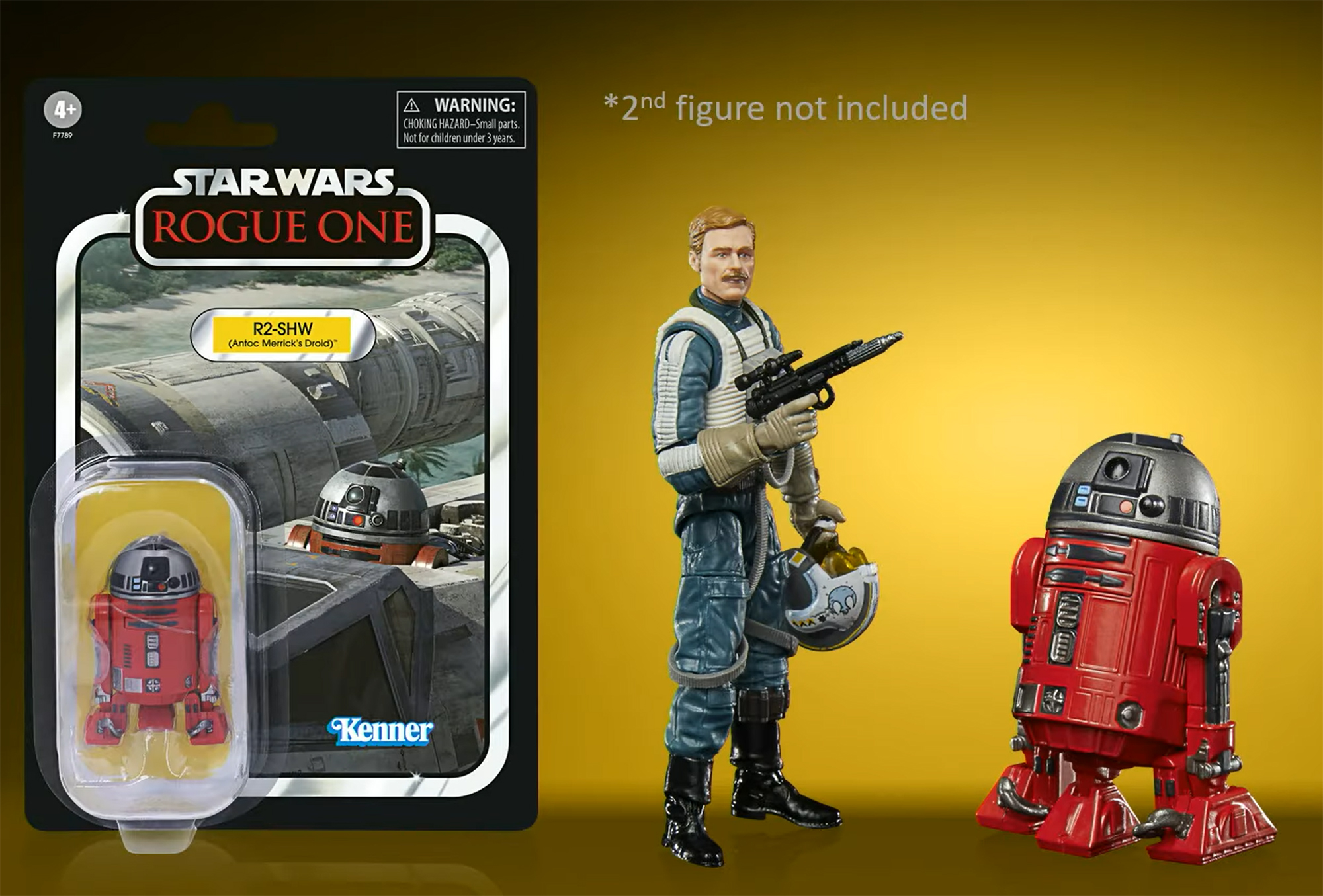 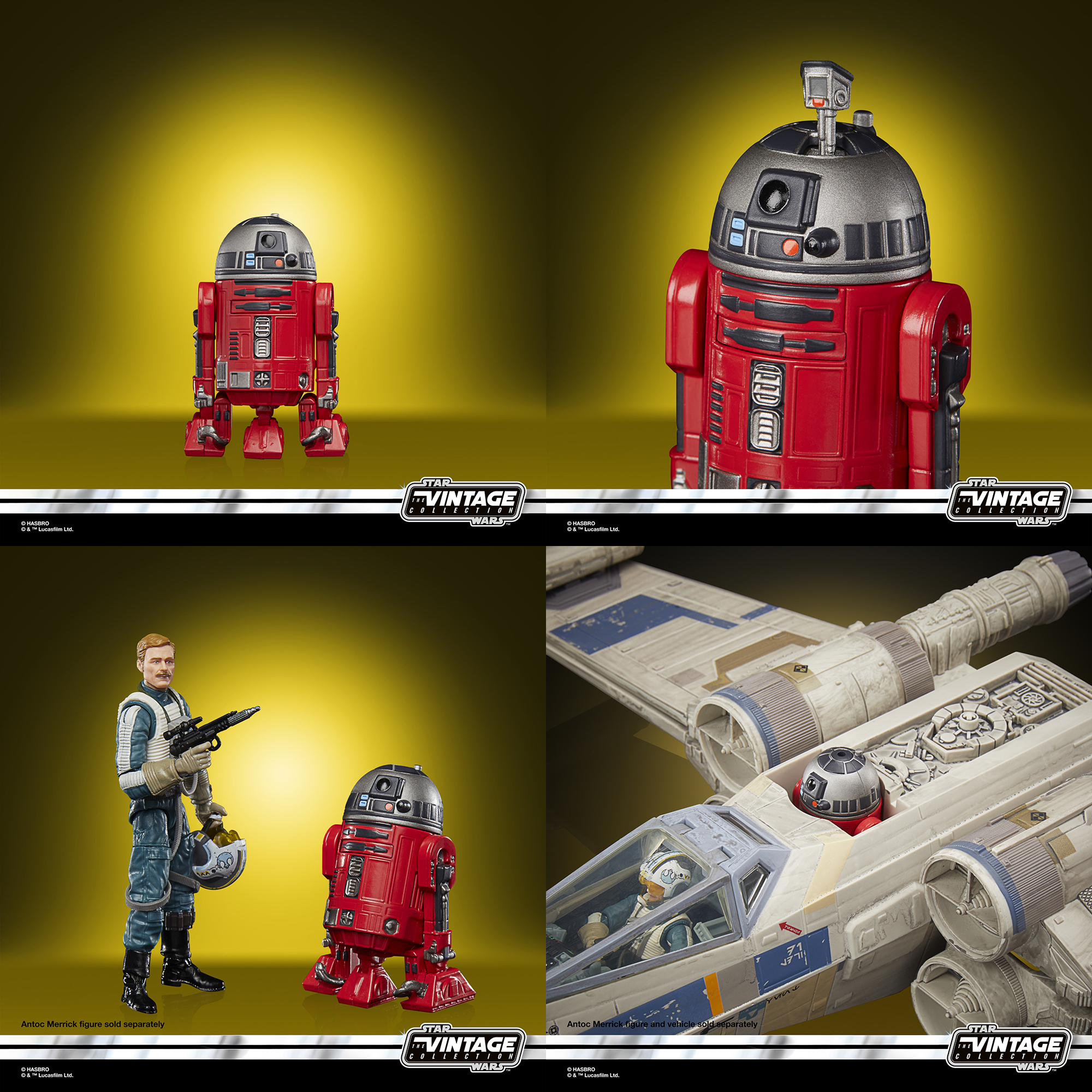 The Dark Trooper from the Mandalorian TV series will be released in the main line as a Deluxe figure and cost $27.99. The Dark Trooper will come with an extra set of hands and a charging station, and if you purchase multiple droids the charging stations can be lined-up next to each other just the way it was seen in the tv series. This is such an epic looking set which needs to be in everybody's collection at least once! Because it's a main line release you will be able to pre-order it at different retailers on June 1, 2022 at 1pm ET. 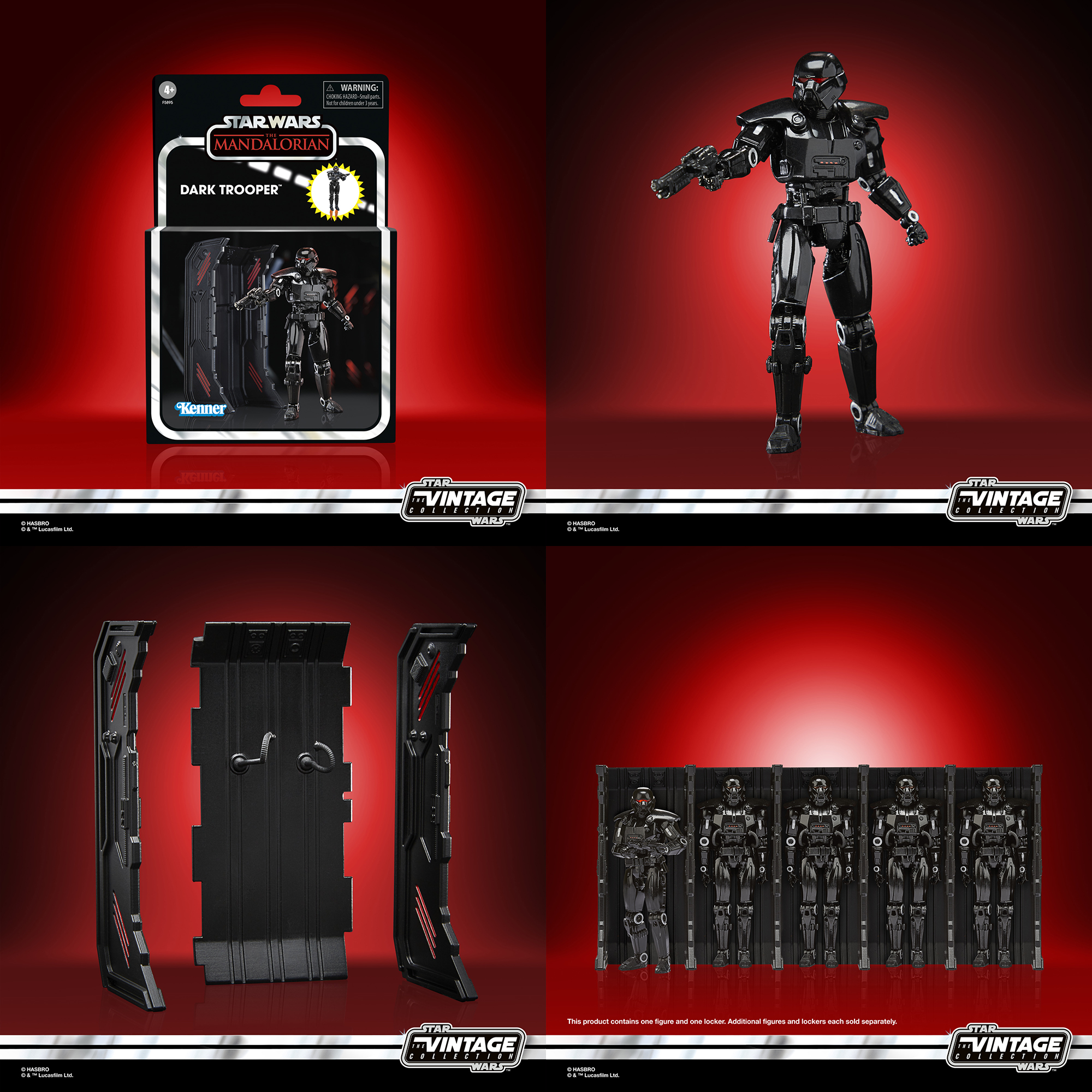 Hasbro announced that a 3-pack of figures will be released based on the Jedi: Fallen Order sequel Jedi: Survivor! This set will include a Riot Scout Trooper, a MagnaGuard and a KX Security Droid from the game and it'll cost $50.99. The 3-pack will be available through the Fan Channel including Hasbro Pulse. All three figures will be single carded inside a bigger box, as was the case with the Skiff Guard 3-pack or more recently the Bad Batch 4-pack. 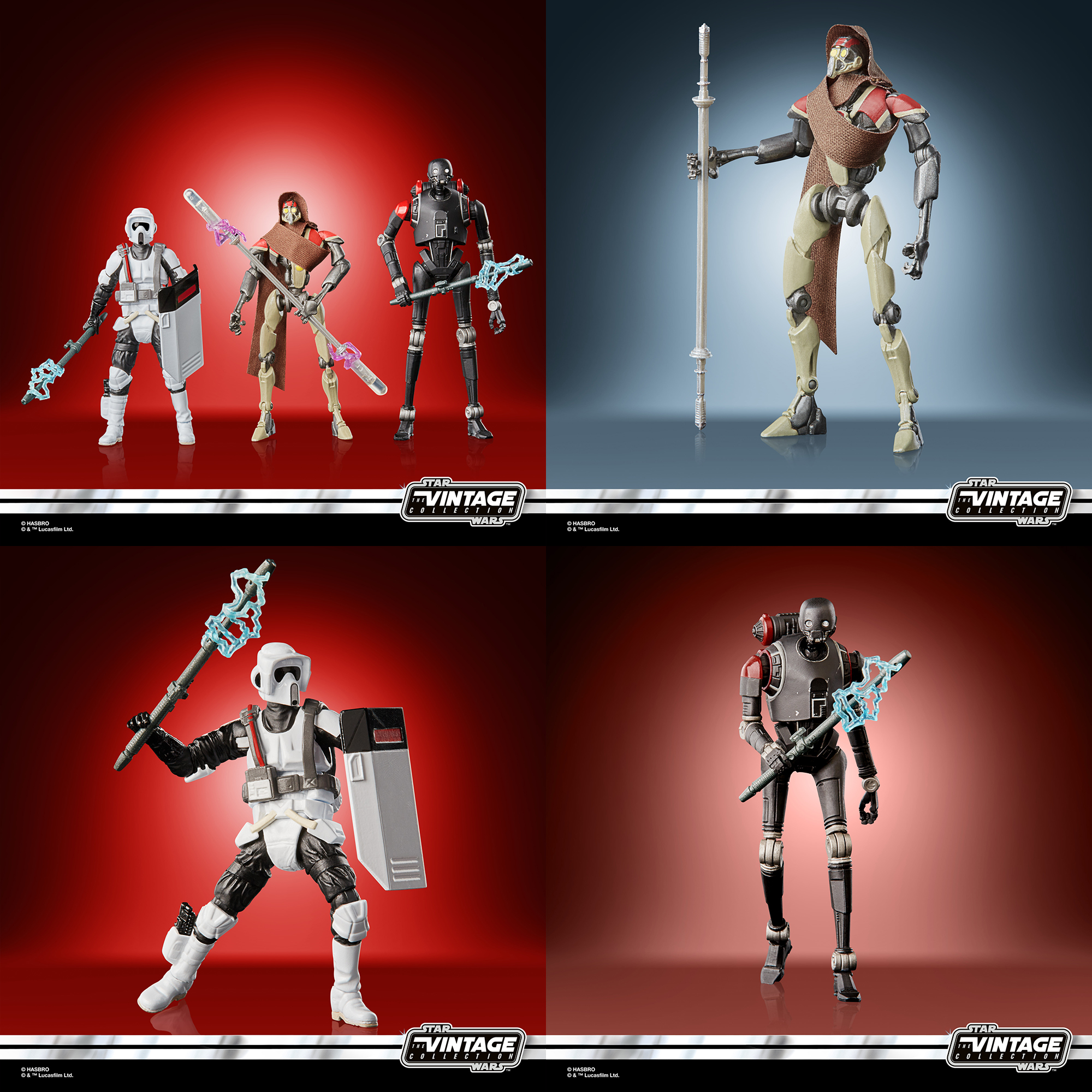 At the end Hasbro revealed three additional figures which are currently being worked on, and that was Paz Vizsla from the Mandalorian tv series, Galen Marek (Starkiller re-release with updated photo real portrait) and Hunter from the Bad Batch. Expect those three figures sometime at the end of 2023 or early 2024. 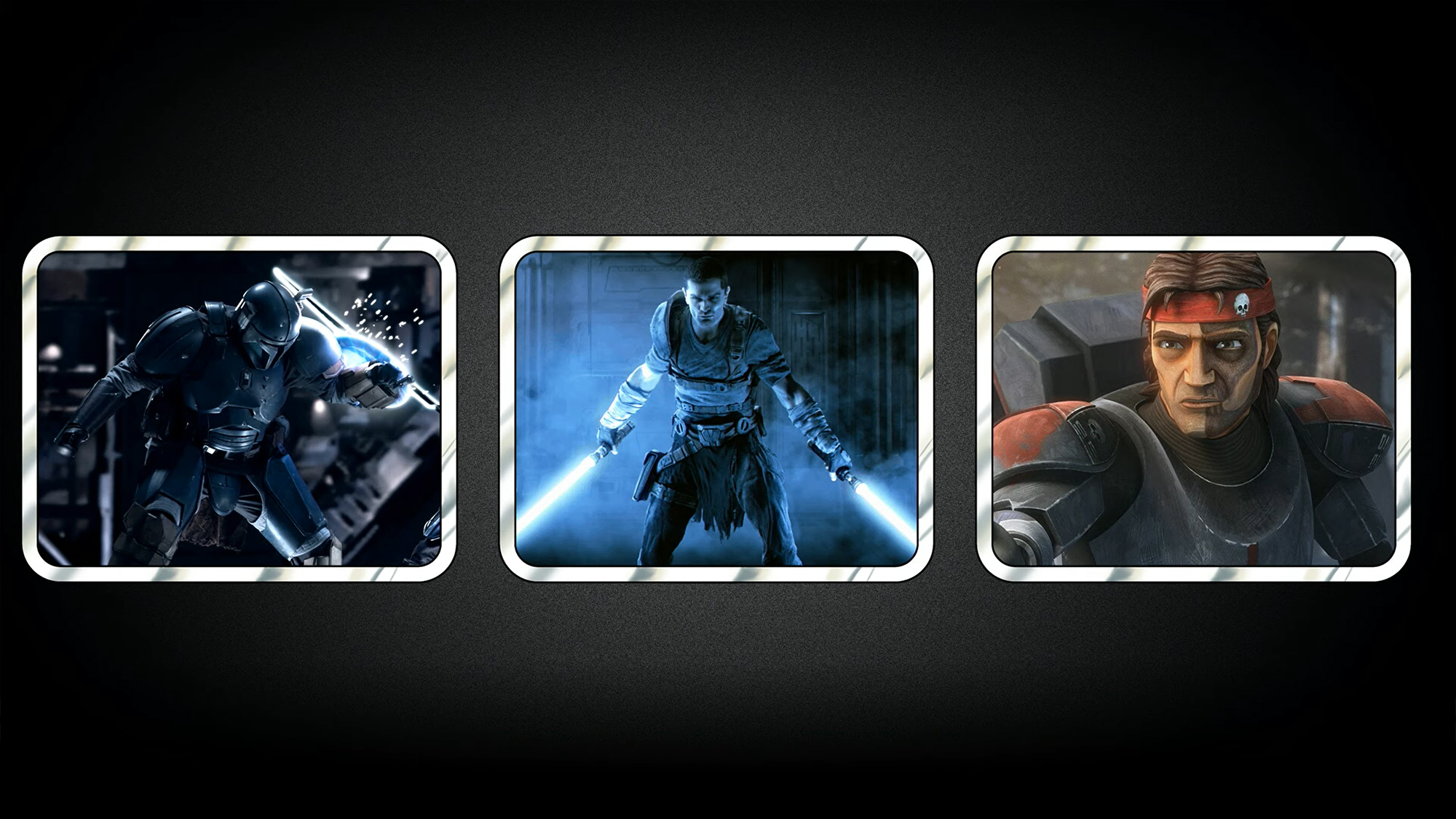 The reveals for the Vintage Collection were strong, especially the Dark Trooper looks outstanding!

The Retro Collection will see the release of the Luke Skywalker (Snowspeeder Pilot) (Prototype Edition) figure which will be exclusive to Target stores (pre-orders begin on June 1, 2022 at 1pm ET). There will be six different ones to collect. 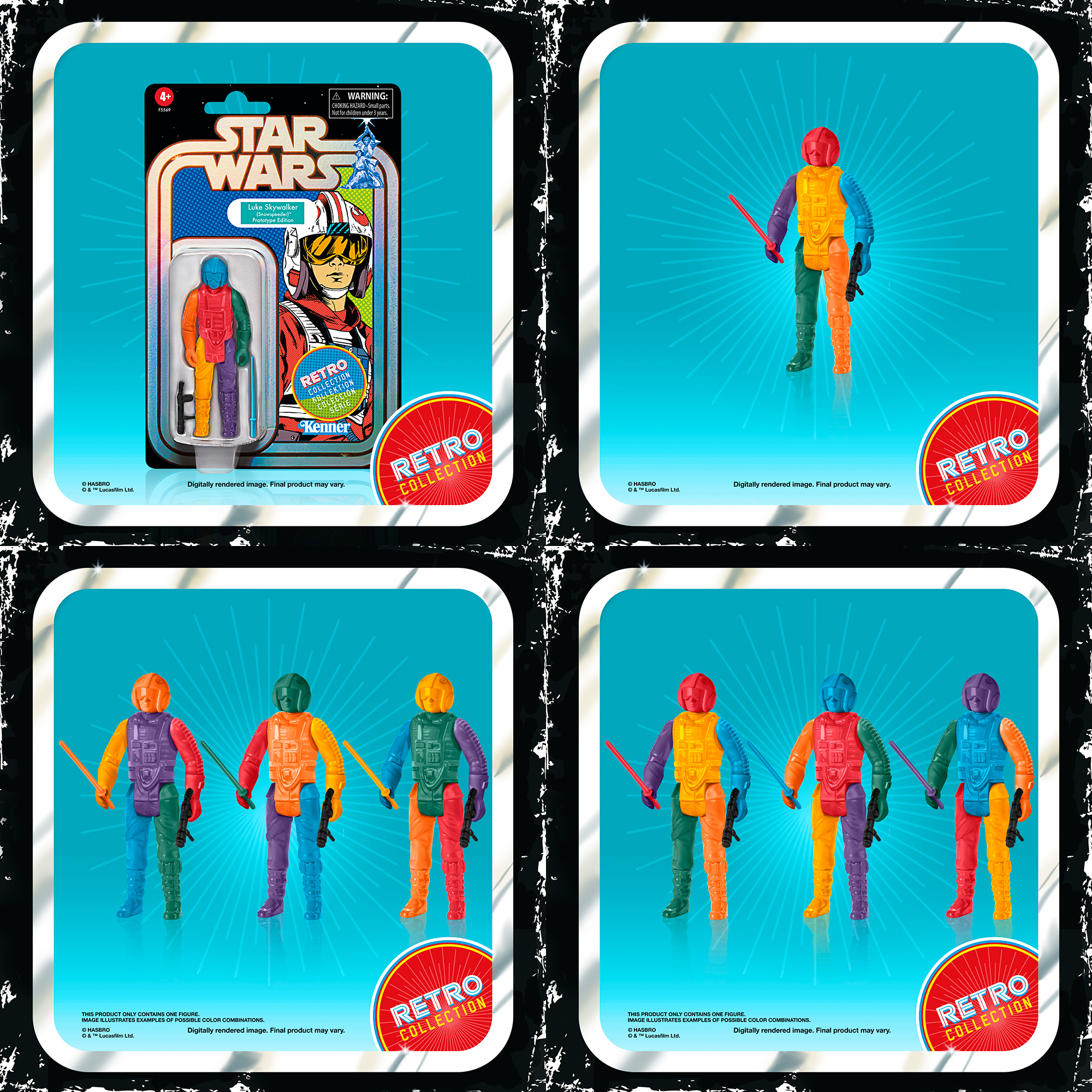 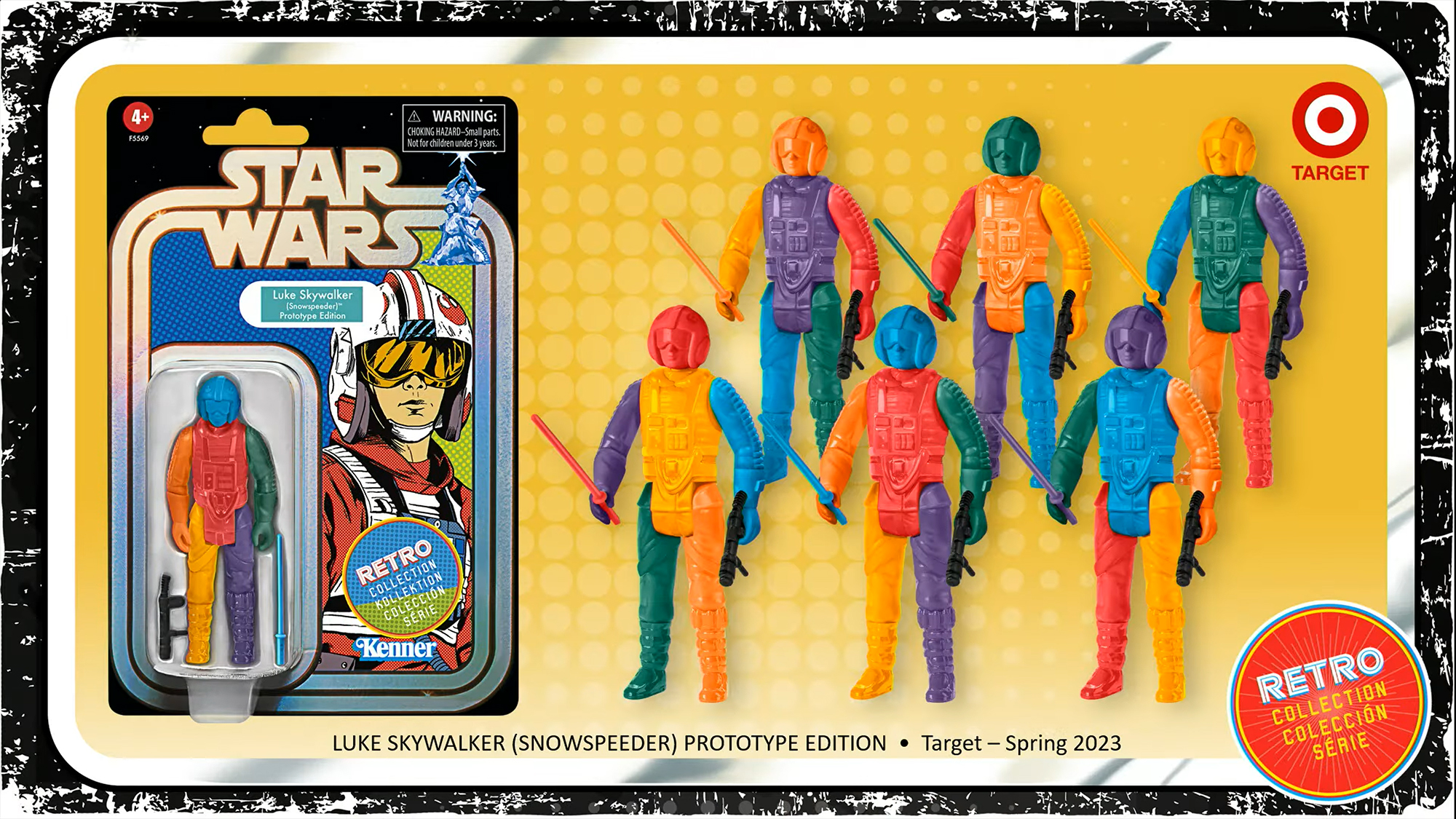 And those were all the reveals for Star Wars action figures which came out of the Hasbro Star Wars panel from Star Wars Celebration Anaheim 2022. Check back here next week for pre-orders links to most of the figures shown here!