A Guide To The Clone Wars Mandalorian Warriors

In addition to the figures and the Mandalorian Speeder, Hasbro released a hard-to-find-in-stores Mandalorian Assault Transport vehicle. Here is a look at these fan-favorite figures and what differentiates them from one another. 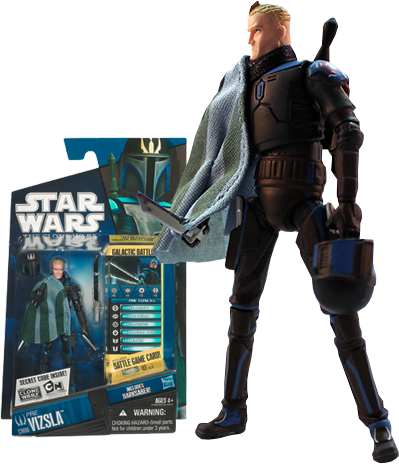 Hasbro tried hard to get Pre Vizsla right. They made the figure super articulated with 14 points of articulation and they included a nicely detailed cape with the Death Watch emblem on it, a removable jet-pack, a Mandalorian helmet and most importantly Pre Vizsla's DARKSABER! Hasbro also paid close attention to details, they've included the symbol on Pre Vizsla's left shoulder bell and on the front of the Mandalorian helmet.

This was the only time Pre Vizsla was made available, the figure was not re-released again after it's single carded debut. 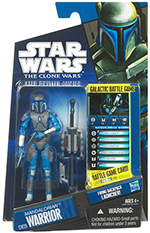 One thing all the Mandalorian Warrior's have in common is that they are more on the skinny side, which seems OK considering that these figures are based on stylized cartoon versions. This generic Mandalorian Warrior has a non-removable helmet.

Another release in 2010 was the Mandalorian Speeder with Mandalorian Warrior in the Clone Wars Deluxe line. This was the only time this particular vehicle was released by Hasbro. 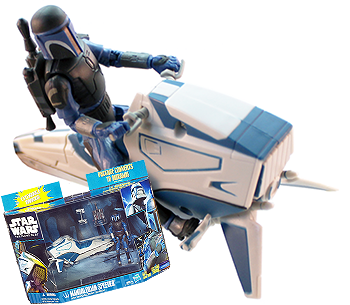 It features a pull-out (non-shooting) missle launcher in the bottom and a hatch in the back which can be opened. The trunk holds prisoner handcuffs which are attached to the vehicle via a "cable". Unfortunately, none of the Mandalorian Warrior figures are able to sit on the vehicle well, it's possible to have the figures hold the controls and get one foot onto a pedal, but it's not possible to have both of the figure's feet reach the pegs.

The Mandalorian Speeder is sculpted and painted beautifully and it looks very close to what these vehicles looked like in The Clone Wars TV show. 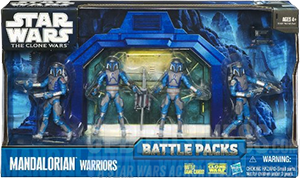 A very good example of how to re-use an exisiting sculpt and make fans of Mandalorian Warriors happy at the same time was the Mandalorian Warrior Battle Pack, which included four identical figures plus various weapons and accessories. This was a truly fantastic set because it gave fans the chance to army build quickly. Even though the figures in this set were all identical, Hasbro included extra accessories such as the arm gauntlets, different blasters and generic jet-packs. This added the ability to make the figures a little different from one another. The paint applications on the blasters and the jet-pack missles are also different when compared to any other released generic Mandalorian Warrior. 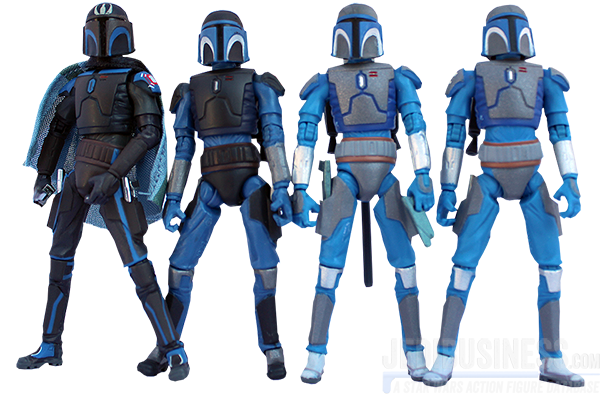 Let's Have A Look At The Accessories 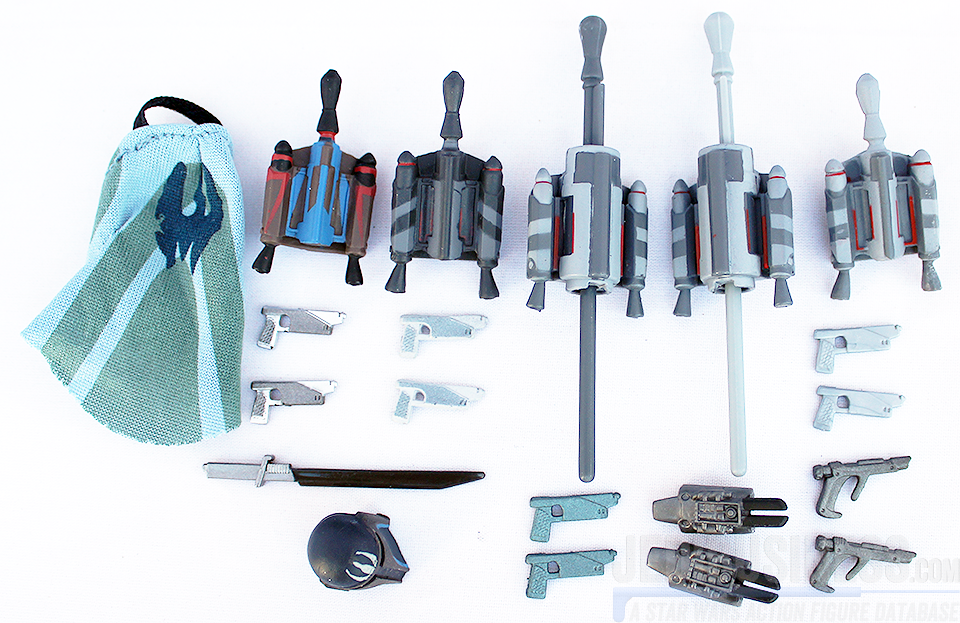 The very cool looking Mandalorian Assault Transport was released in the Class II vehicle assortment. It had room for six Mandalorian Warriors and it featured a retractable landing gear and moving wing panels which exposed rocket launchers. The Mandalorian Assault Transport was nearly impossible to find in the United States. It showed up briefly at Toys'R'Us stores in a special value 2-pack bundled together with one other randomly selected vehicle for $39.99 a few weeks before Black Friday in 2012. In September of 2014, almost two years after the vehicle was released, these special value 2-packs re-emerged at Ollie's stores, but again, these 2-packs were very difficult to find. 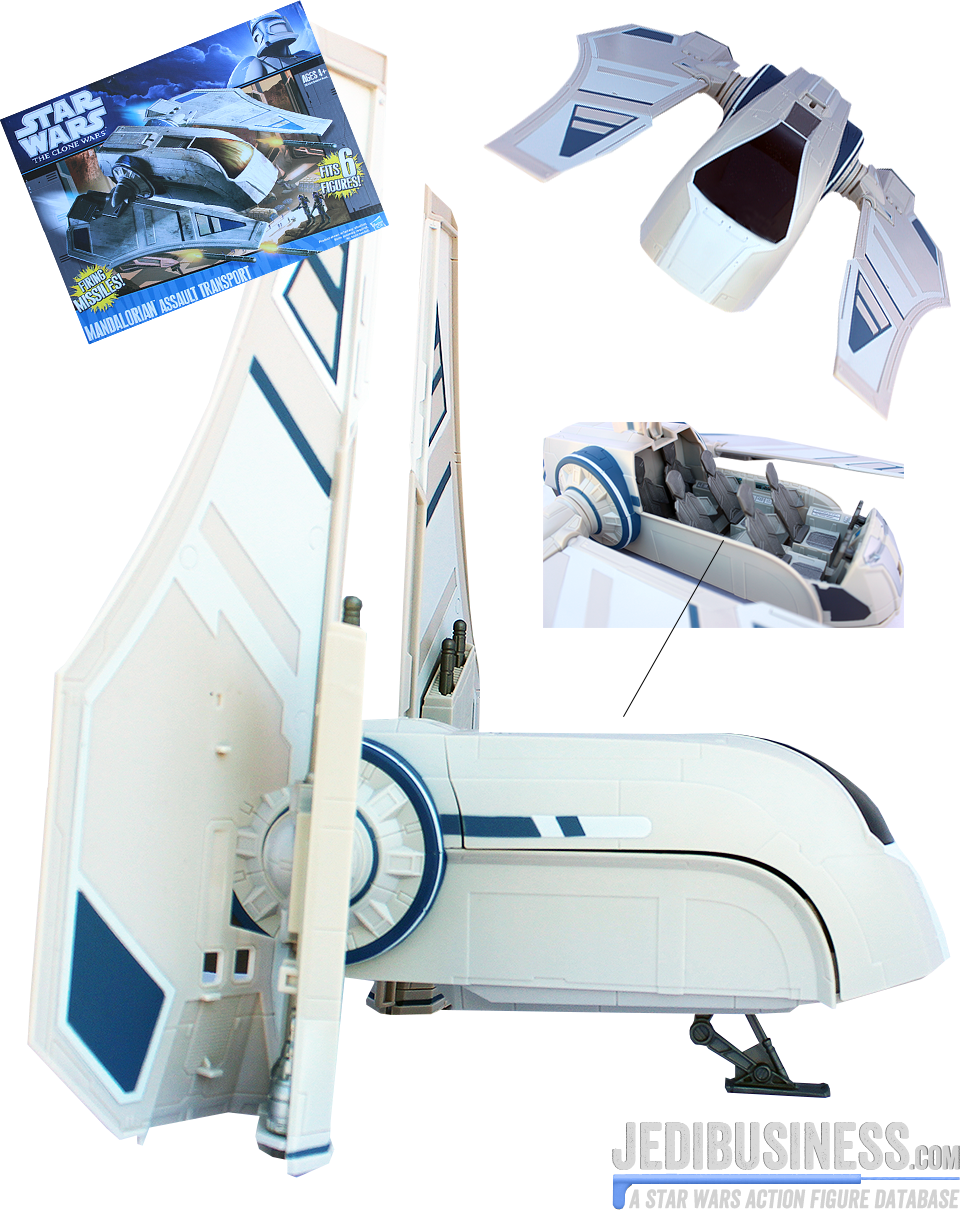 Season 5 of The Clone Wars animated TV show featured some very cool episodes revolving around Darth Maul and the Death Watch. New and cool looking Mandalorian Warriors were featured in these episodes, which would have made fantastic figures. Hasbro could have easily re-used existing figure parts, give them a different paint application and in some cases include a different helmet, and it would have made fans very happy. Hasbro also didn't release figures of Obi-Wan Kenobi in Mandalorian Armor, Pre-Vizsla in updated season 5 gear and one of the more prominent featured Mandalorians: Bo Katan. Here is a collage of some of the Mandalorian armor seen in season 5 of The Clone Wars. 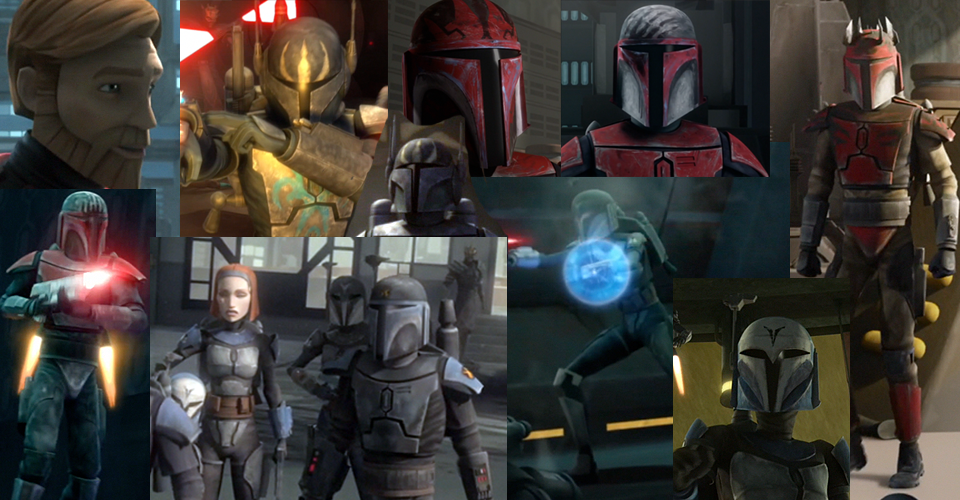 And here is a final picture of the all the Mandalorian toys released from The Clone Wars Collection. 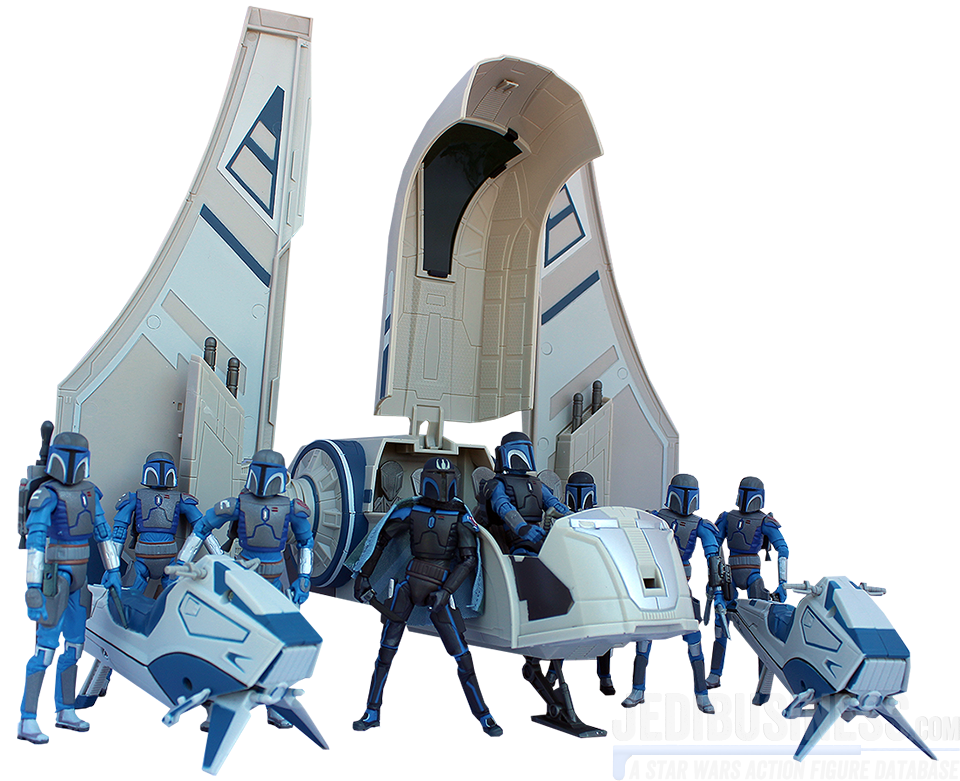