Join Us For A Look At Disney's Sandcrawler

Disney has just released their Sandcrawler vehicle which was announced during Disney's panel at Star Wars Celebration in April 2017 in Orlando, Fl. (look at the announcement slide from the presentation here). It took Disney 1 1/2 years for the Sandcrawler to reach store shelves and originally the vehicle was supposed to include only one figure, not two.

The Sandcrawler is compatible with Hasbro's 3.75" Star Wars action figure line, it costs $99.95 and can only be purchased at Disney Theme Parks and through the ShopDisneyParks app. The vehicle comes with two Star Wars figures in the 3.75" - 4" scale, a GNK "Gonk" Power Droid and a Jawa. 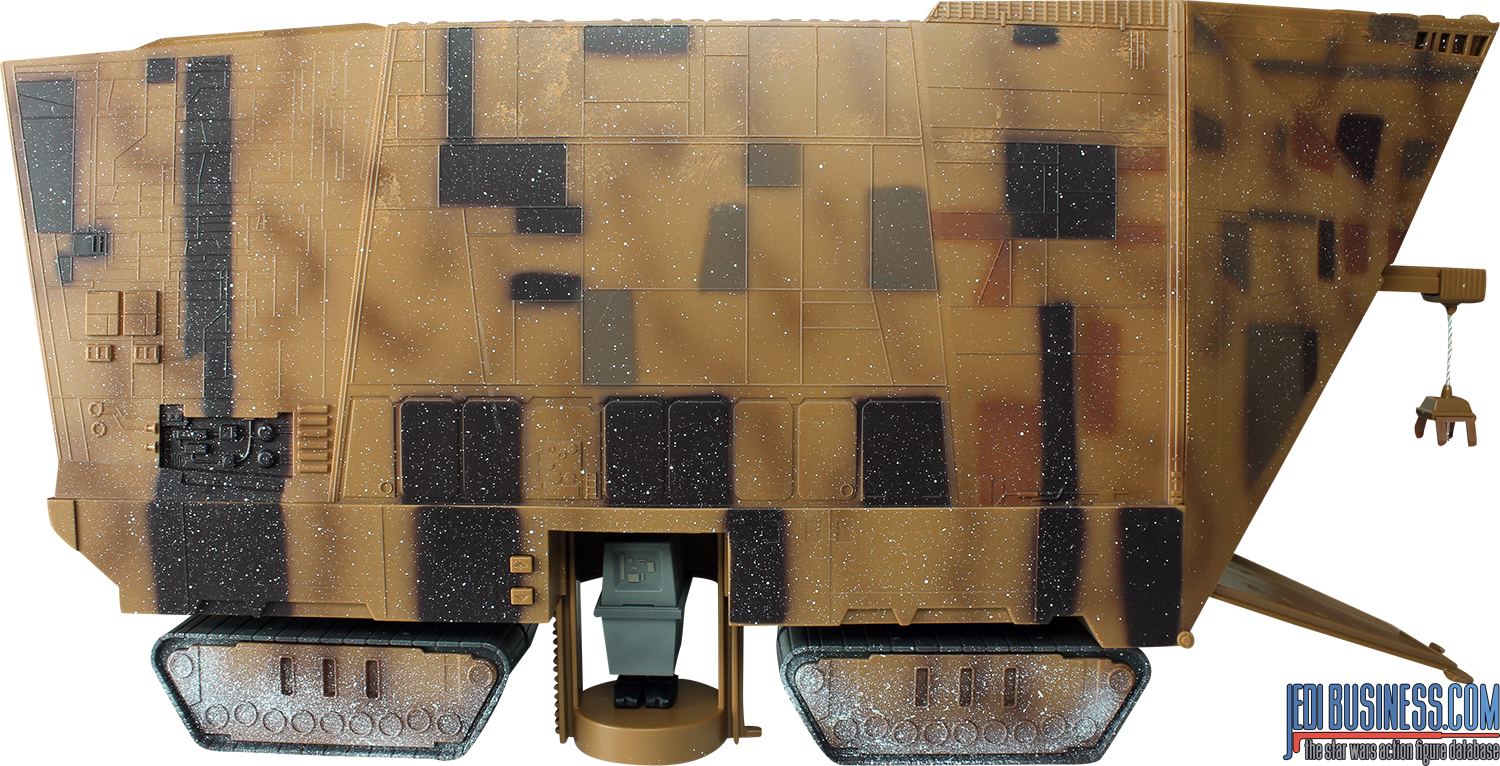 Disney included two AA batteries so you can try out the electronics but it's recommended that you replace them once the Sandcrawler is taken out of the packaging. The electronics built into the Sandcrawler are impressive, there are four nicely hidden buttons on the back of the vehicle which all play different sounds or turn the lights on. The button on the left will turn the lights on inside the cockpit and on the front of the treads (you can cycle through, press it once and the light in the cockpit comes on, press it again the lights by the treads come on and press it a third time the lights in the cockpit and by the treads come on). Another button plays five different Jawa sounds, one plays a moving elevator and an opening door sound and the last button plays four different droid sounds.

You can listen to all the sounds here: 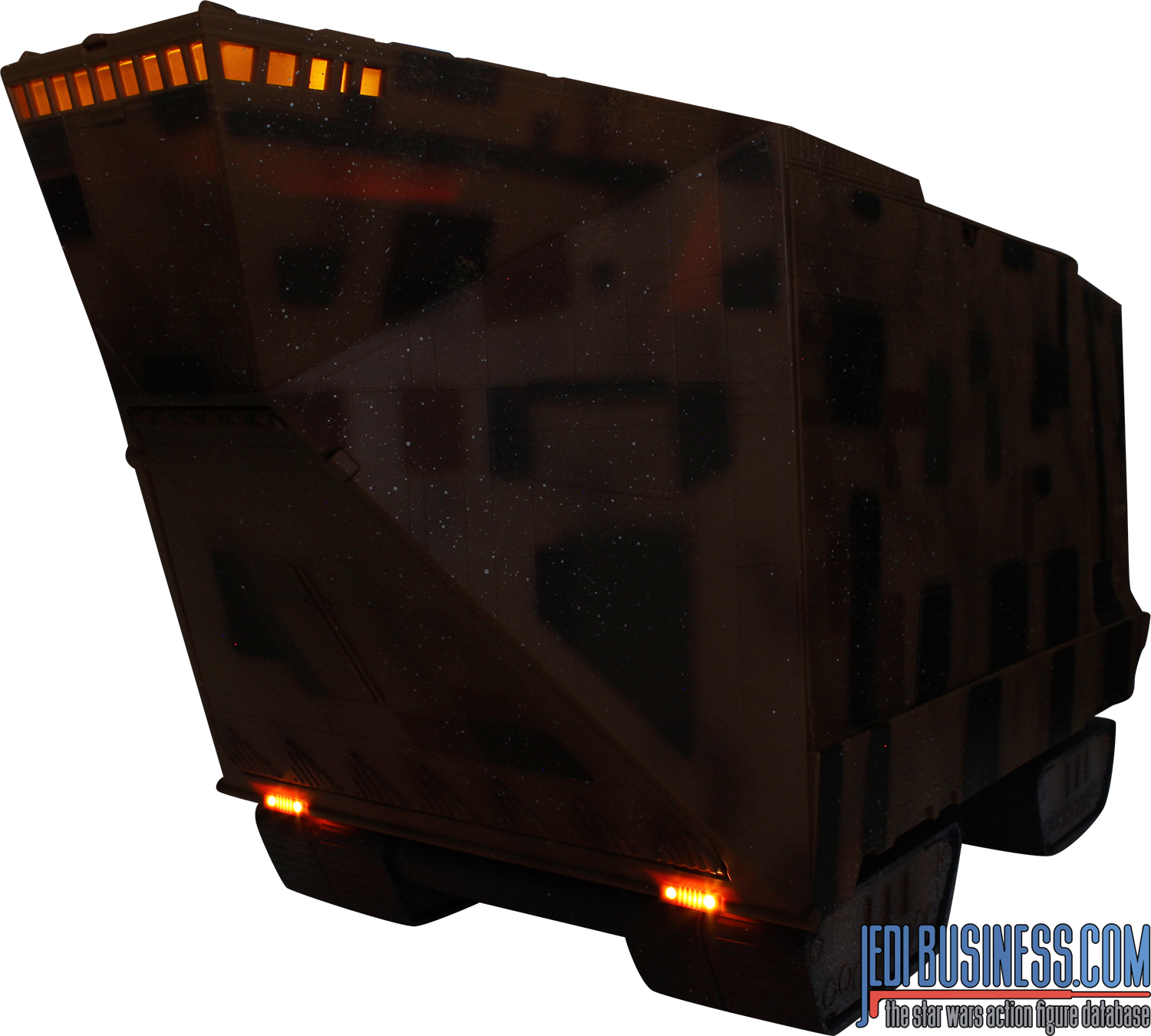 The treads don't move unforuntately, but there are small wheels in the bottom which enables the vehicle to roll around. One side of the Sandcrawler can be opened, there you have room to place your droids, there is a small bridge in on corner where maybe a Jawa can stand on, there is the furnace and there is a trap door which reads trash in Aurabesh. There is also a crane which can be manually be pulled out once the front of the Sandcrawler has been opened. The included GNK Droid has a hole in the top where the claw from the crane can be plugged in, this way it can be lifted up easily without falling down.

The cockpit has pre-applied stickers as controls which looks cool. The details on the top and the back look great, especially the twin engines look nicely detailed. The paint application looks good in person, the white paint speckles are not distracting by any means. Disney painted the treads with more "sand" than further up on the vehicle which is a nice detail as the Sandcrawler surely gets more dirty on the bottom while rolling through the sand dunes on Tatooine. 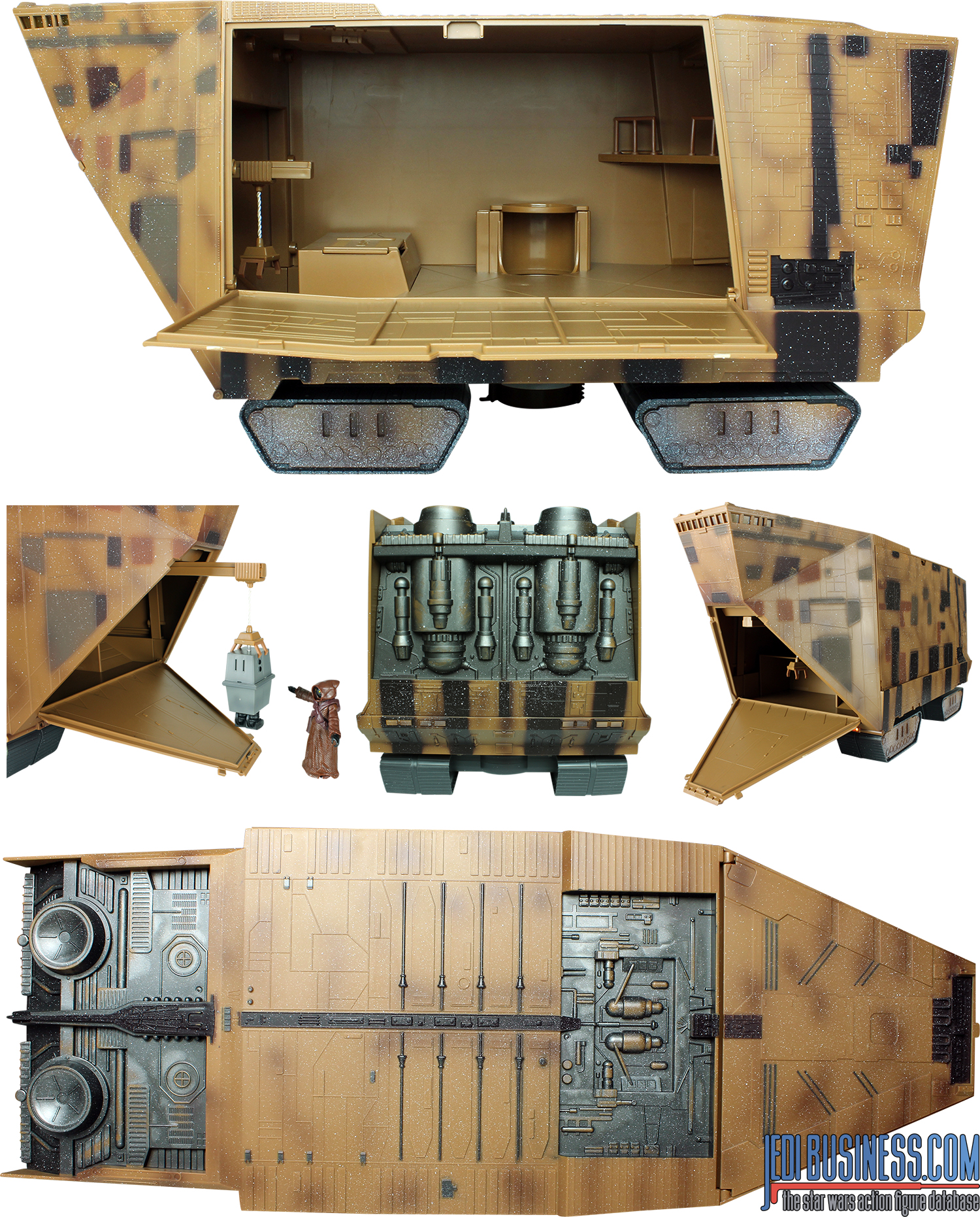 There were two figures included with this set, a GNK "Gonk" Droid and a Jawa. The droid has a removable top which reveals the inner workings of the droid. The legs can also be moved back and forth. The droid feels simple but OK overall. The Jawa has four points of articlution, two ball-jointed shoulders and two swivel wrists. To be frank, this Jawa figure is very cheap and one of the worst Star Wars figures which we've seen since 1995. The details on the outfit feel soft, the swivel wrists are so loose that the hands almost can't stay in place, the blaster doesn't fit into the hands (it fits well into the holster) and the ball-jointed shoulders don't help much because the range of movement is limited by the plastic clothing. The legs can't be moved. This Jawa figure is pretty bad when you compare it to anything that Hasbro has produced since 1995 in their 3.75" scale. For a complete list of Jawa figures in the database have a look here: Jawa action figures! 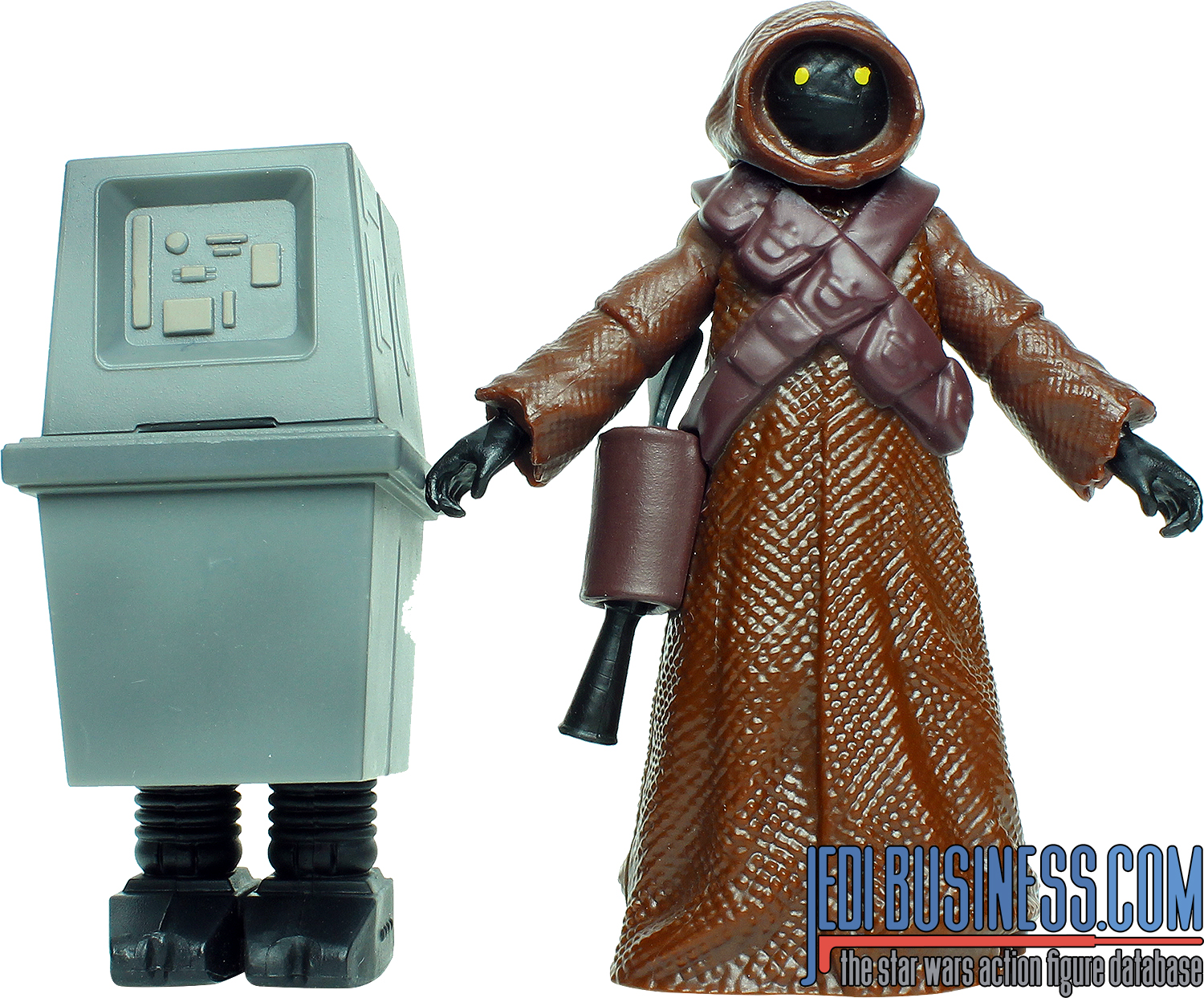 All in all, this Sandcrawler vehicle by Disney is very impressive, it's much bigger than any modern Hasbro Sandcrawler vehicles released (the last one Hasbro has released was 14 years ago as of this review), and one of the coolest vehicles to come along for fans of the 3.75" action figures in recent years. Is it as big as we would like it to be? No, it's not. But it's still the best version of the Sandcrawler available for fans of the 3 3.75" Star Wars action figure line.