The Hyperreal Darth Vader action figure was announced by Hasbro during New York Toy Fair in February 2019 and we've been eagerly anticipating its release ever since. Fast forward seven months into the middle of September 2019 and the Dark Lord of the Sith has finally arrived in the JediBusiness photo studio (thanks to Hasbro for mailing the figure to us and for providing it for free for this review).

Darth Vader costs $79.99, he stands 9" tall without the base and it is the first figure to be released in the new Black Series Hyperreal line. The only other figure announced so far is the Hyperreal Luke Skywalker in Bespin outfit figure which will be released in Spring 2020. You can pre-order it on Entertainment Earth. To get your own Hyperreal Darth Vader figure as seen here in this review check Amazon or Entertainment Earth for stock.

Here is a look at the Hyperreal Darth Vader in the packaging. 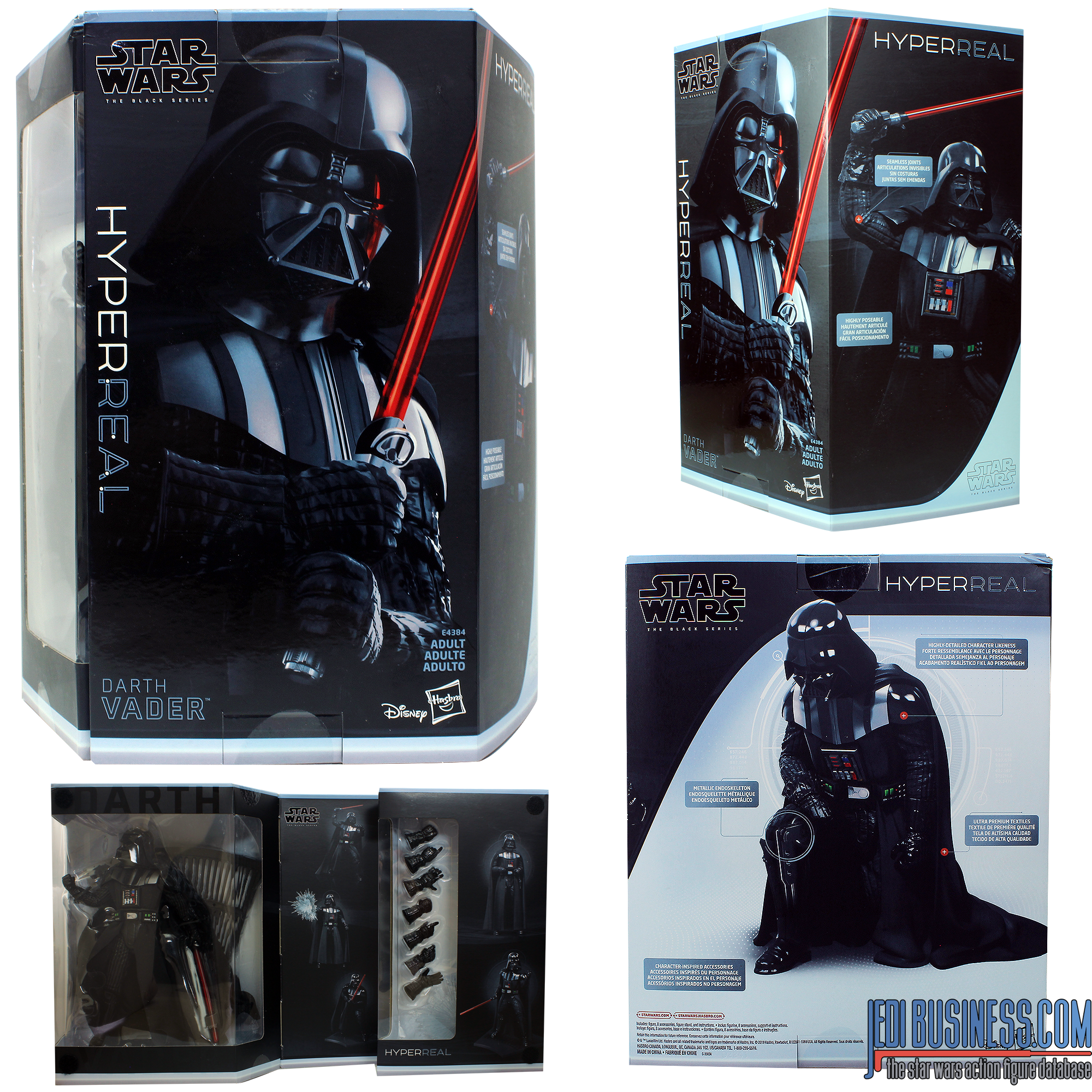 The packaging can be unfolded without opening the box itselfs, this gives a look at all the contents inside. To close the box simply fold it back up (it's held together with velcro). 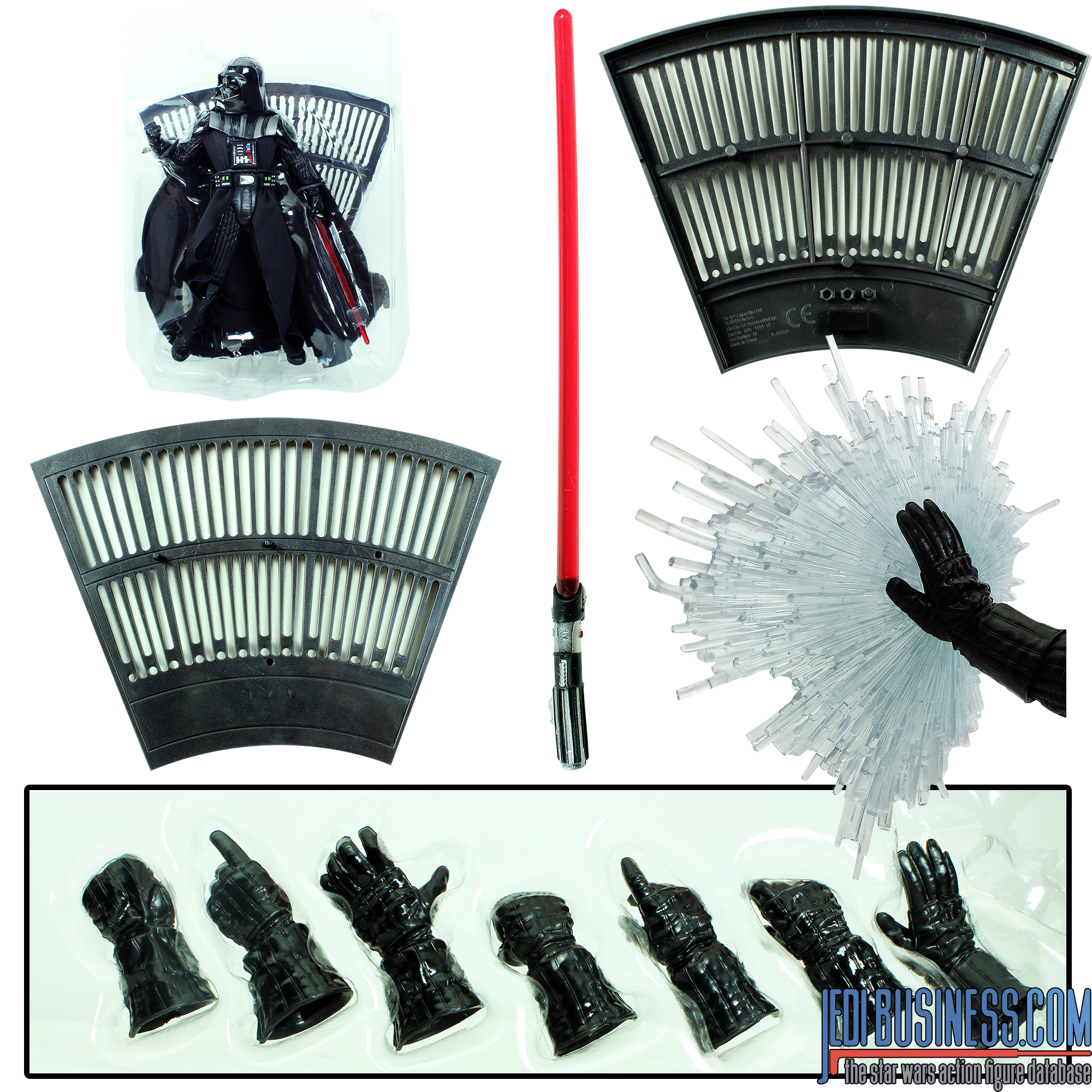 There is not much you need to do before you can display the figure. Simply plug the hands you want on the arm pegs, move the figure into a position that you want, plug the foot pegs into the bottom of the feet and place Vader onto the base. The assembly time is roughly less than one minute. The extra foot peg can be stored underneath the base. 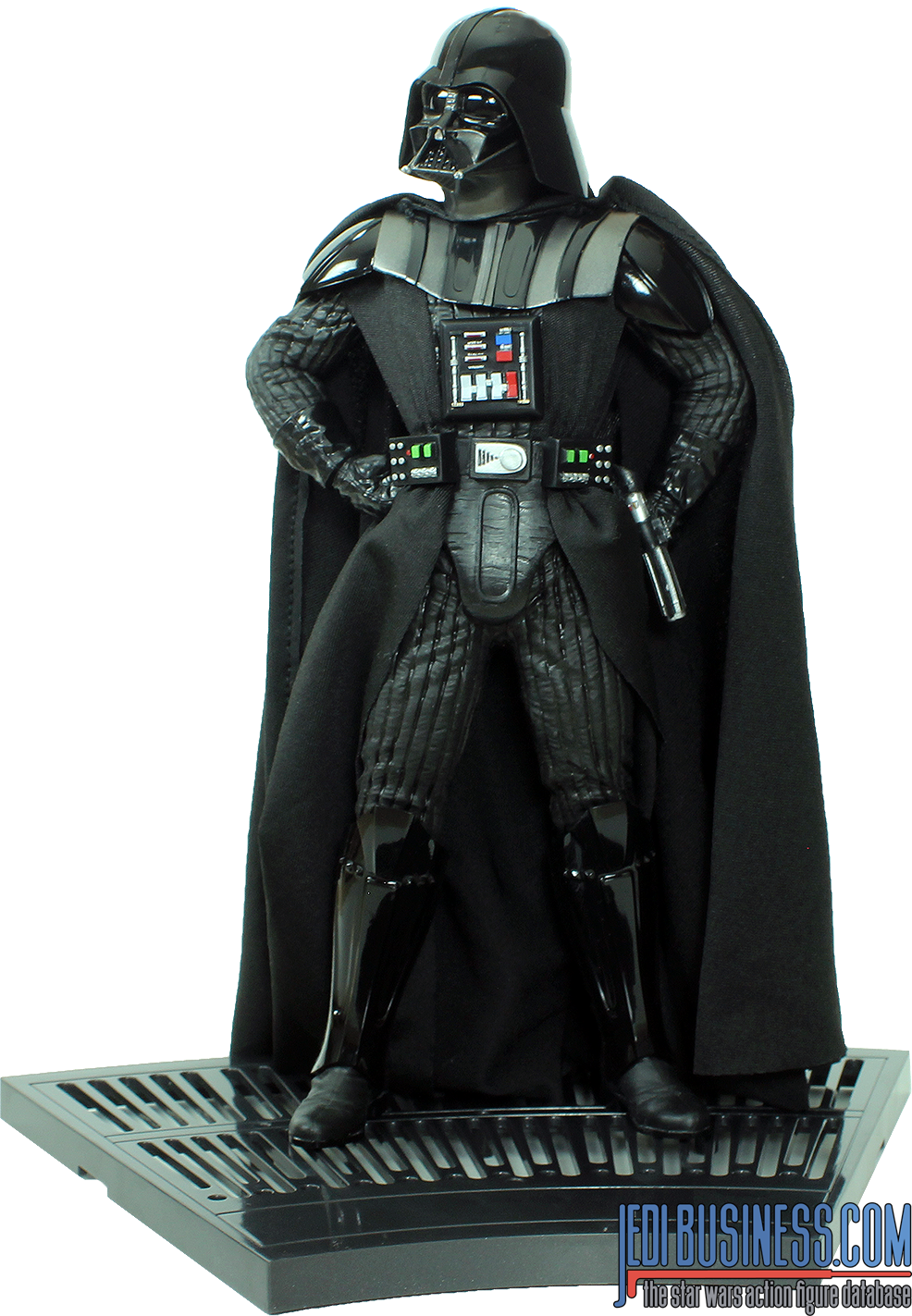 This Hyperreal Darth Vader is based on The Empire Strikes Back and Hasbro managed to capture all the details which make this version of Vader quite different from the A New Hope costume. We are not going to get into too much detail about the different looks Darth Vader had in the original trilogy, or even how Darth Vader looked different from scene to scene in the movies, but we'll get into some of it.

Hasbro got the helmet right, we get a bigger chin vent on the bottom the way it was seen in Empire and Jedi, the widow peak is slightly off center and not nearly as pronounced as in ANH. They also painted the helmet accurately with glossy black and metal grey. For the filming of Empire they couldn't just use an all black helmet because the details were lost and didn't show up on film, so they painted the neck, left cheek and right eye area dark grey to have the light bounce off better, and all those details are represented here in this figure. It's very subtle, but it's all there. 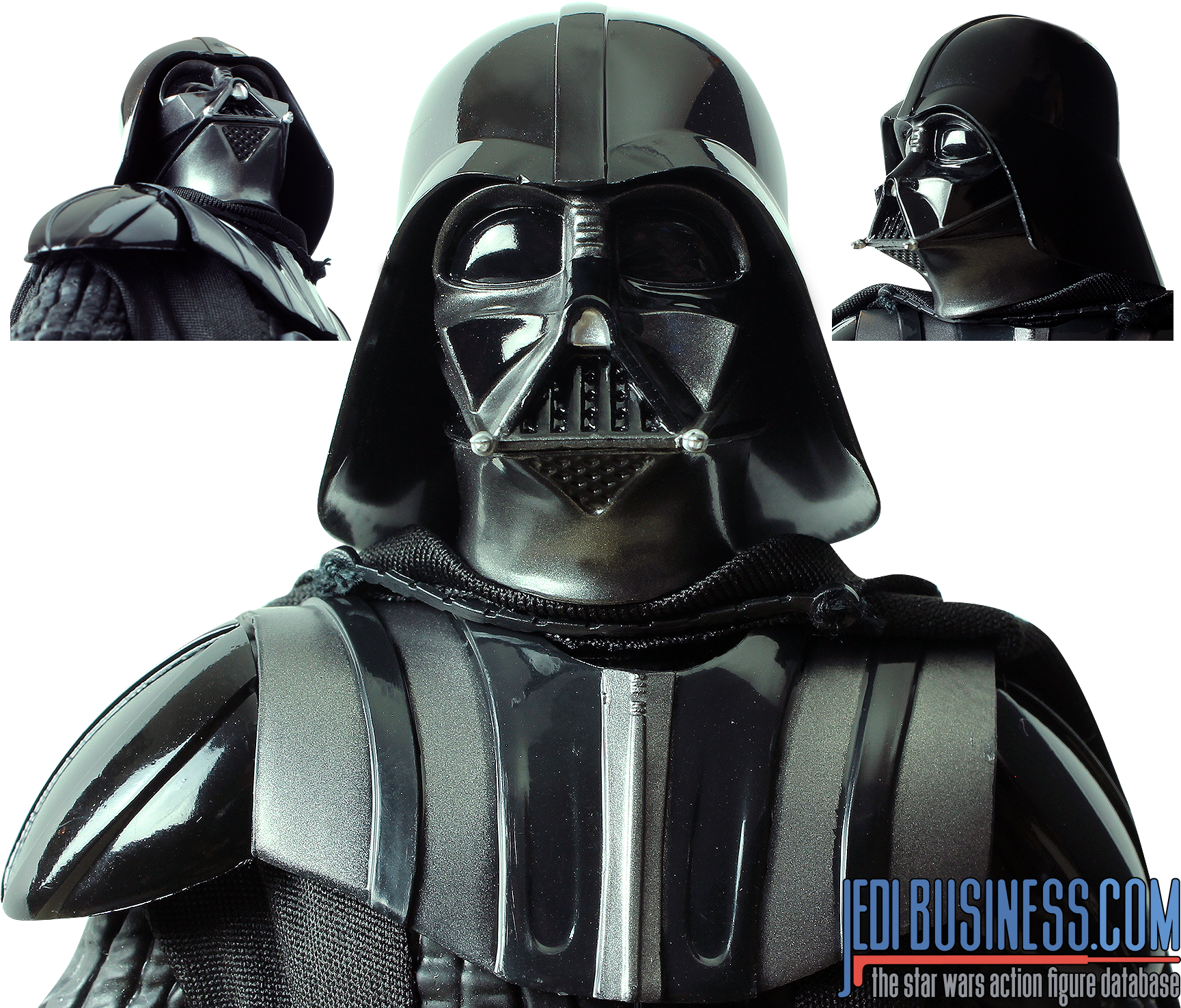 The inner and outer robes have a nice weight to them (so does the metal skeleton underneath) and they don't feel overly bulky or out of place.

The chest box is accurate with the correct buttons, writing and greeblies on it, you can even see the straps which holds it in place go around the chest if you look at the figure from the side. The belt buckle and the belt boxes look great, they have the correct lights and greeblies on it too. The stitching pattern on the leather suit underneath is accurate and the paint pattern on the shoulder armor is spot on. 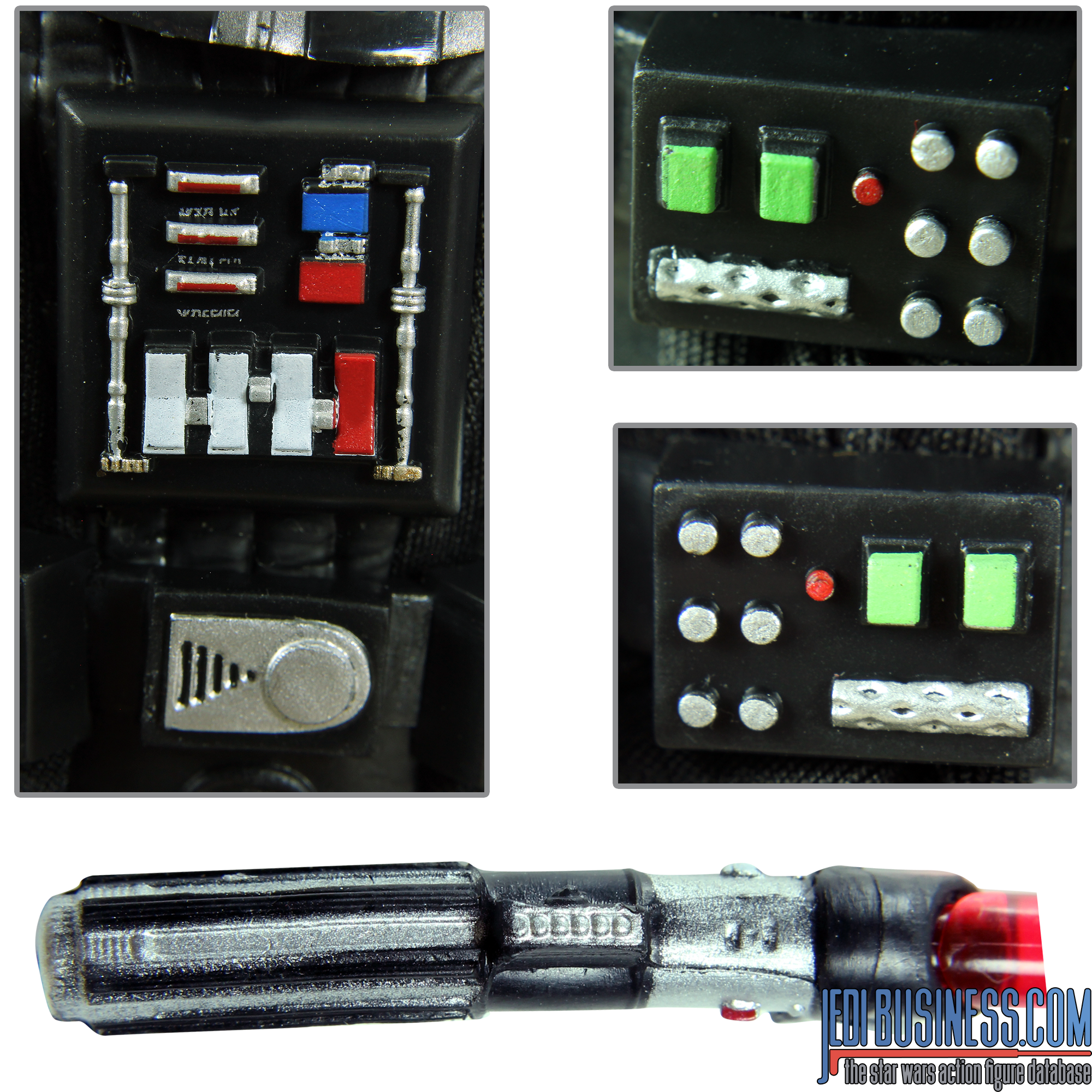 As far as accuracy goes to the Vader costume seen in the Empire Strikes Back, this Hyperreal Darth Vader is amazingly close and stunning. The proportions on this figure look fantastic, Vader isn't fat but he surely isn't skinny either, and the figure captures Vader's look perfectly.

The red lightsaber blade can be detached from the hilt, unfortunately the saber was slightly bent when it came out of the packaging but we hope that this fixes itself over the coming days. The hilt can be hung from the hook on the belt, this works but we wish it could be secured better because we had the saber hilt fall off the hook several times. 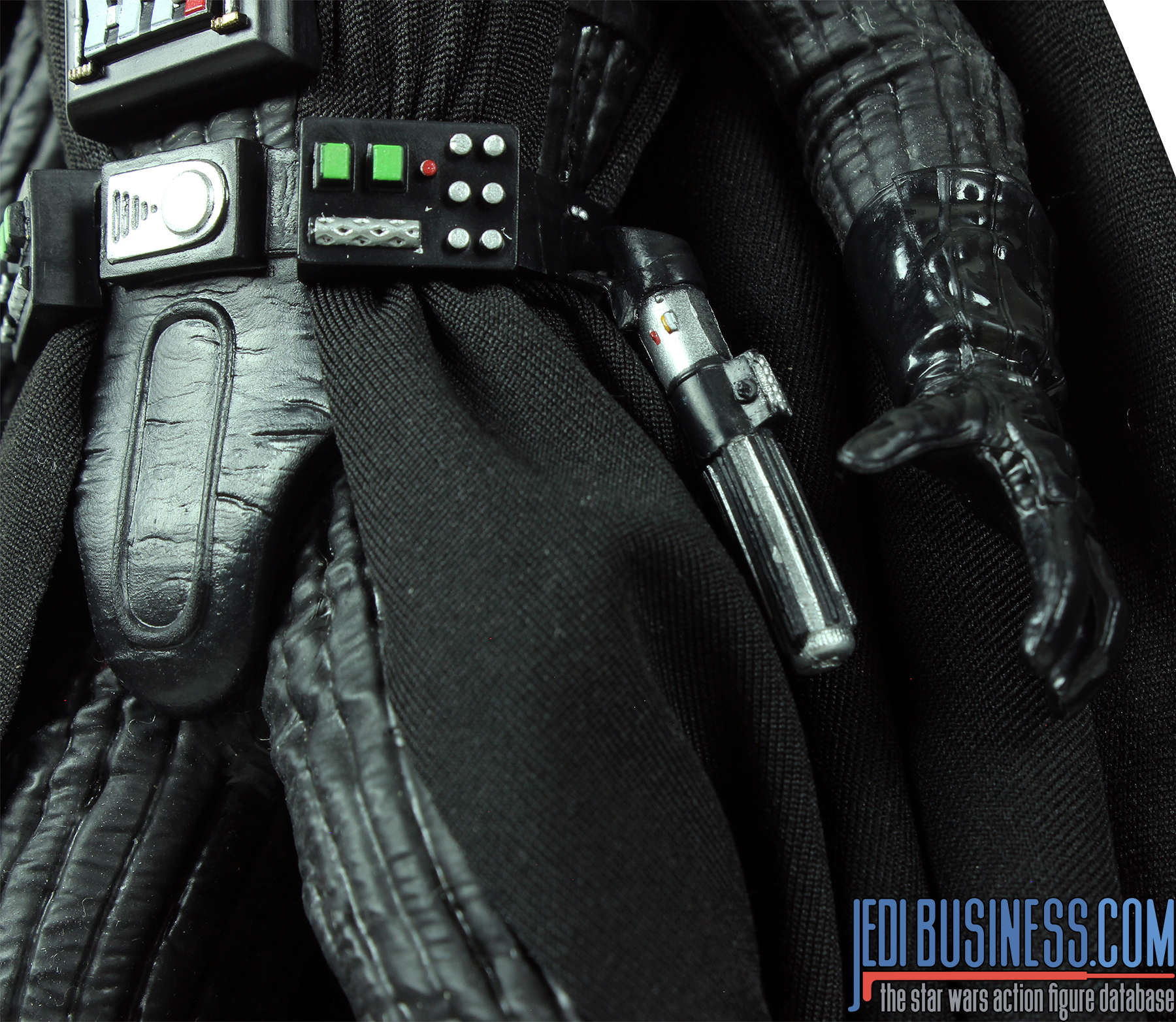 The hands are easy to exchange, simply pull them off and plug other hands on. The shoulder armor and the shoulder bells are made out of softer plastic which allows for Darth Vader to raise his arms way over 90° and make use of the amazing articulation. Posing the Hyperreal Darth Vader with his fists clenched, holding a lightsaber or reaching out with the Force is easy to do. Best of all, there are no visible joints anywhere on this figure. 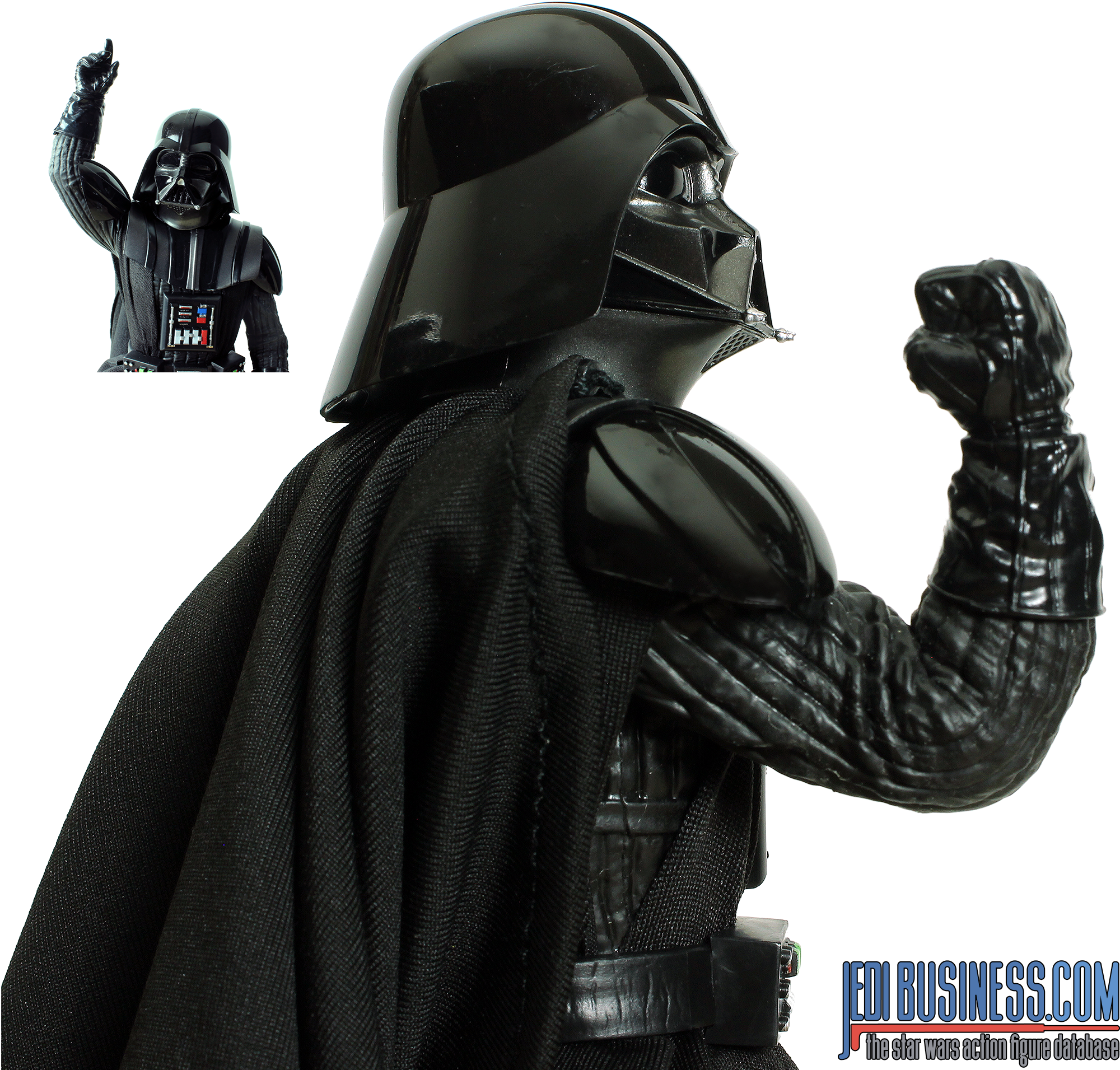 Here are a few more images of the Hyperreal Darth Vader figure in different poses and with different hands and accessories attached. 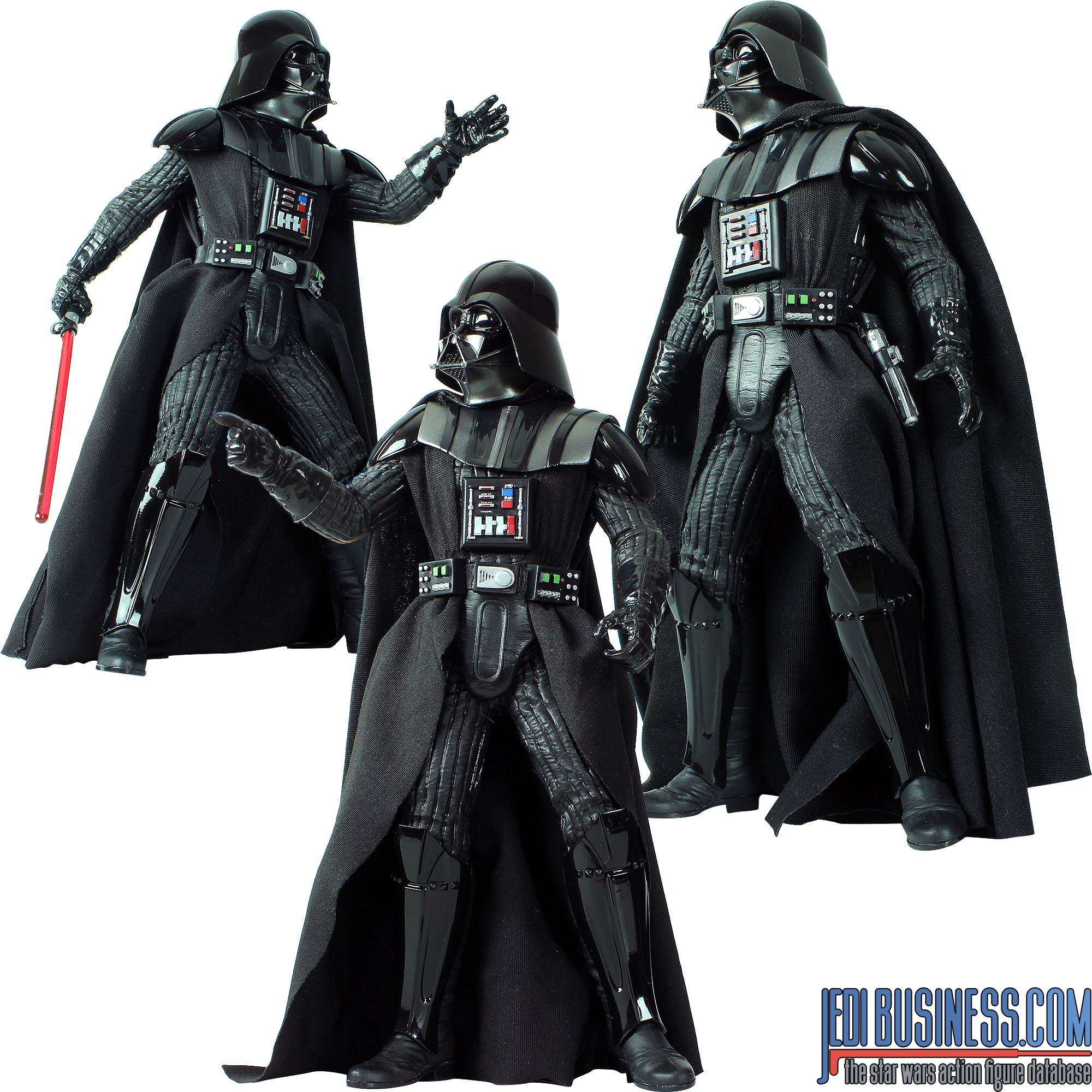 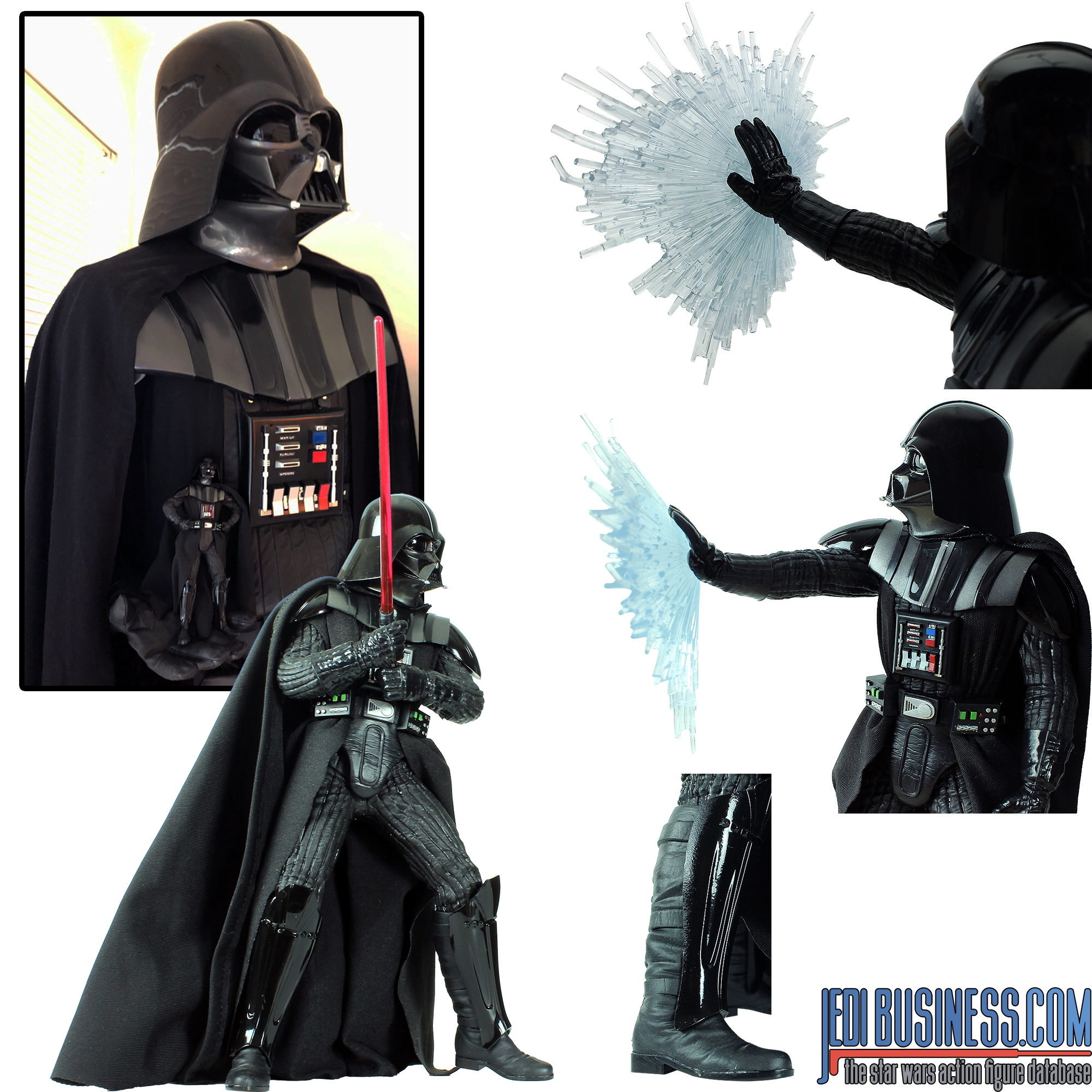 This Hyperreal Darth Vader figure is fantastic from head to toe. We have no complaints whatsoever. We do however want to raise one concern and that is the rubber suit on Vader, which hopefully won't tear or show signs of wear over time when the hands are exchanged frequently.

The amazing quality of the Hyperreal Darth Vader can't be denied, but the question we have is, where does a new 8" scale of Star Wars action figures fit into your collection? And how does your wallet feel about the $80 price tag?

To get your own Hyperreal Darth Vader figure check Amazon or Entertainment Earth for stock.