You can check here if Amazon has this figure in stock currently.

Here is a look at the Hyperreal Luke Skywalker in the packaging. 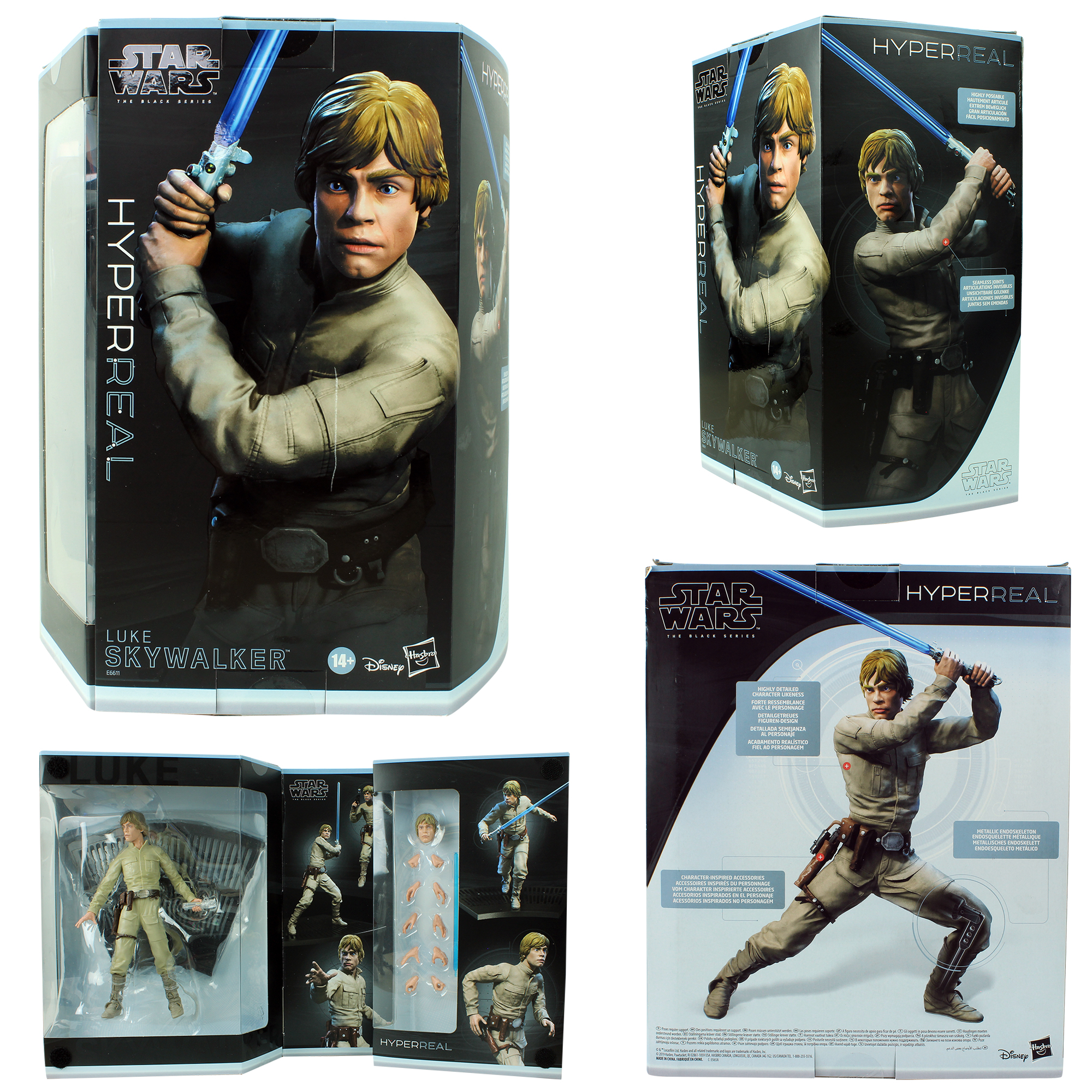 The packaging can be unfolded without opening the box, this gives a look at all the contents inside. To close the box simply fold it back up (it's held together with velcro). 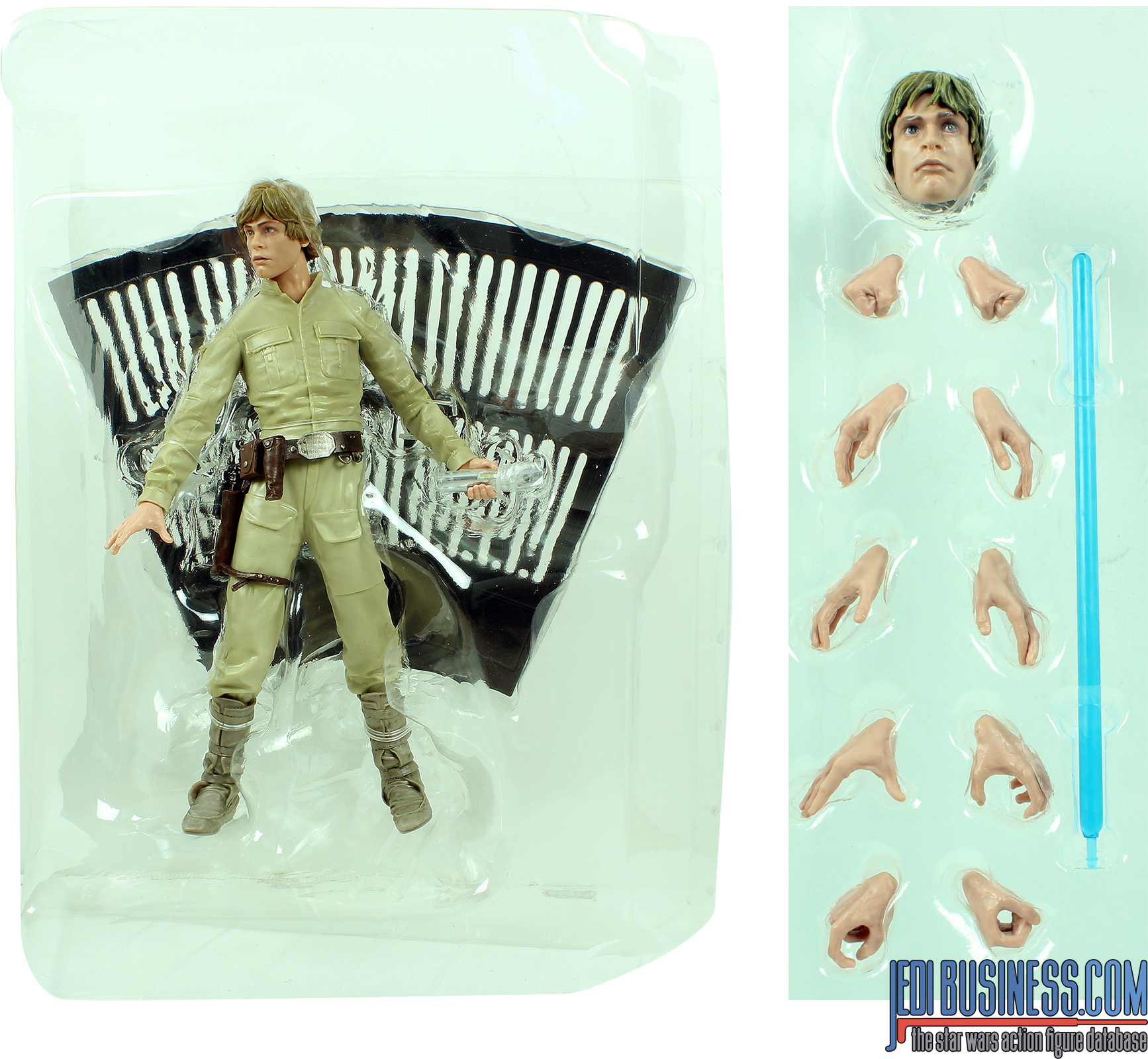 Here is a look at both included face expressions. The heads are easily exchangable, simply pull one head off and plug the other one onto the metal peg. 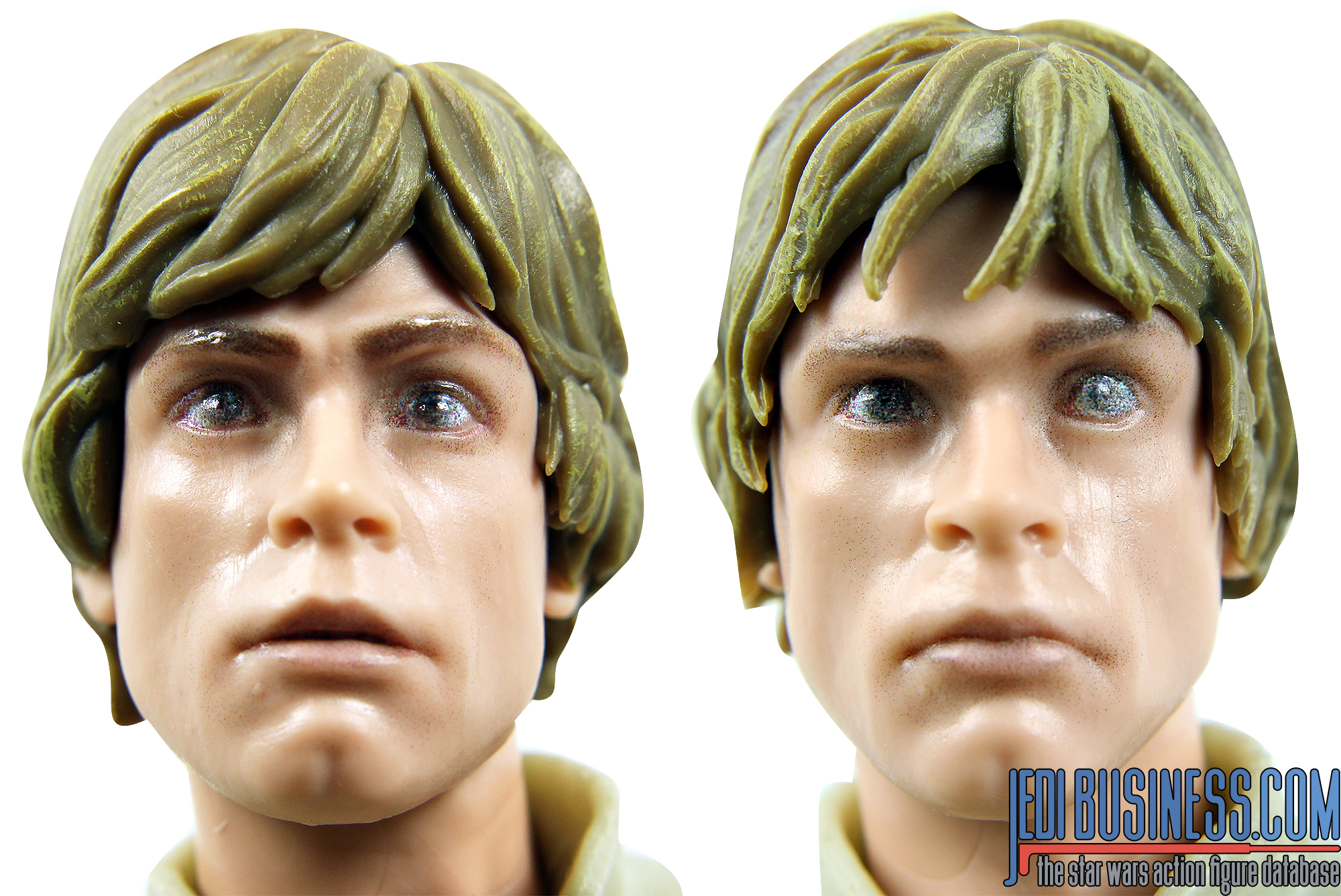 Even though the belt is its own sculpted piece it's not removable from the figure. The holster is functional, and it has a small plastic strap on it which helps to secure the blaster. There isn't any assembly required before you can display Luke. 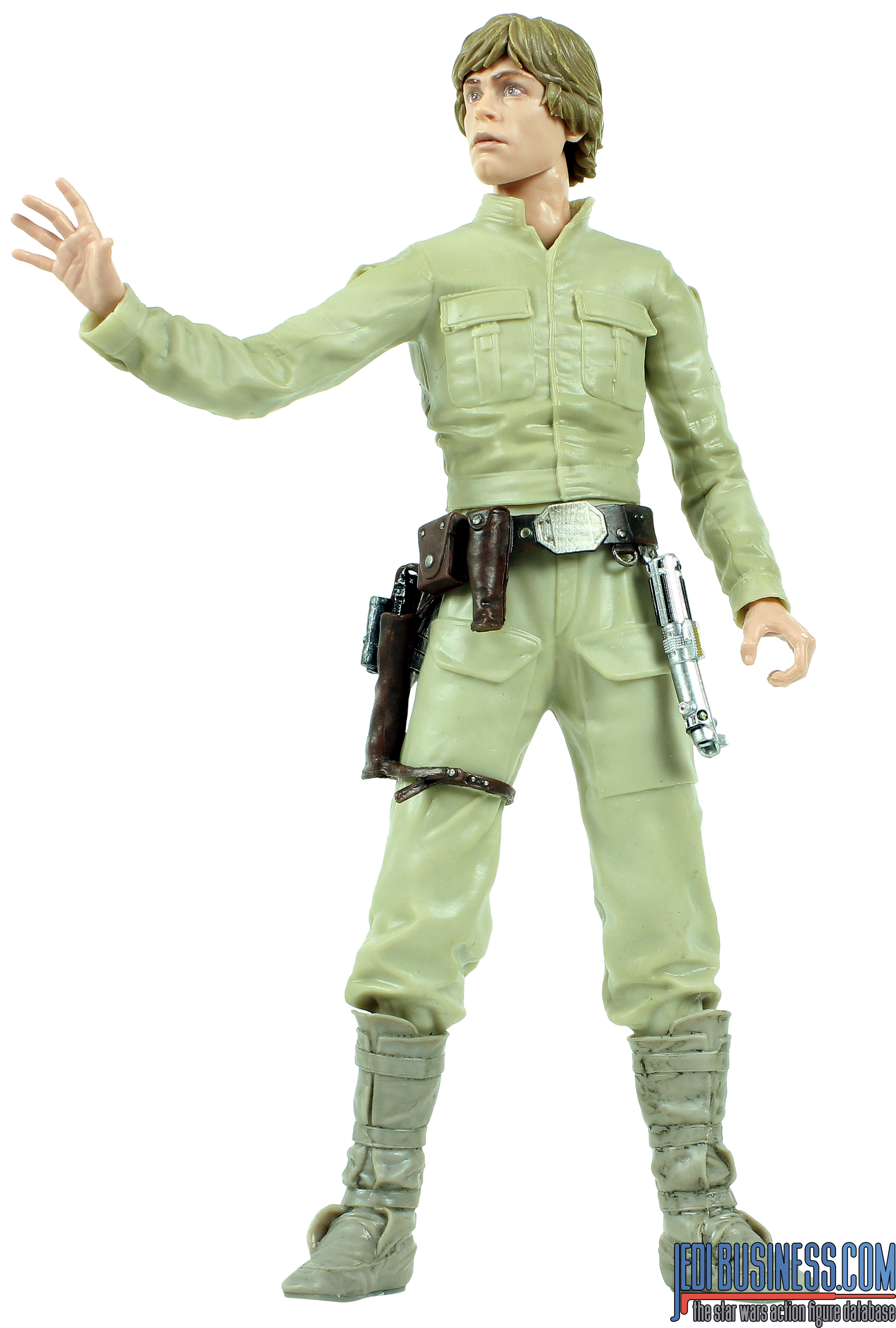 This Hyperreal Luke Skywalker turned out quite nicely, although the rubber clothing takes some getting used to. Some of the details which are sculpted into the rubber clothing look very soft, like the pockets on Luke's chest and on both sides of the sleeves. The metal skeleton underneath feels very sturdy and it's easy to place Luke into more dynamic battle poses. It's also easy to exchange the hands, although the end of the plastic sleeves got in the way several times. 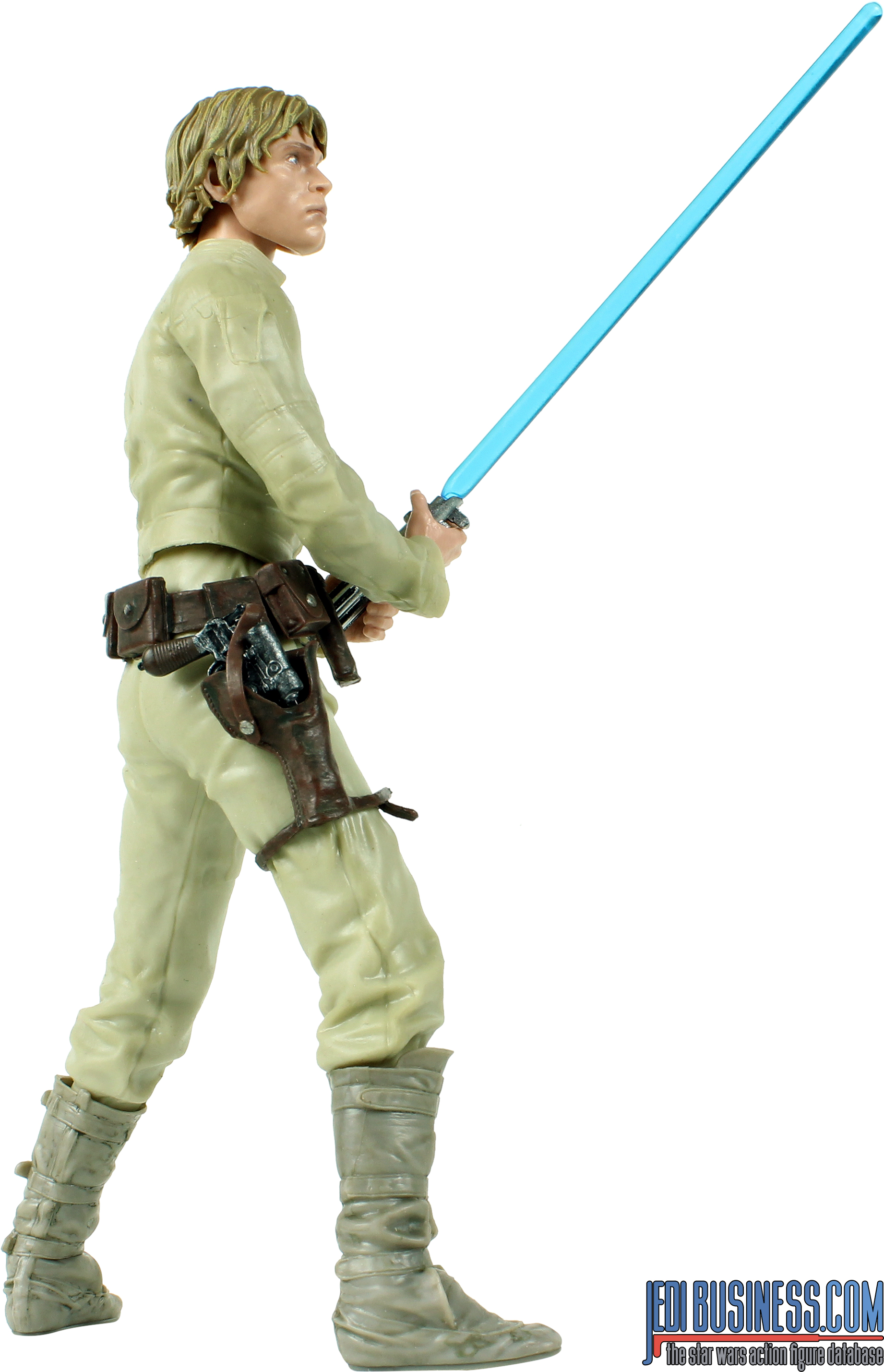 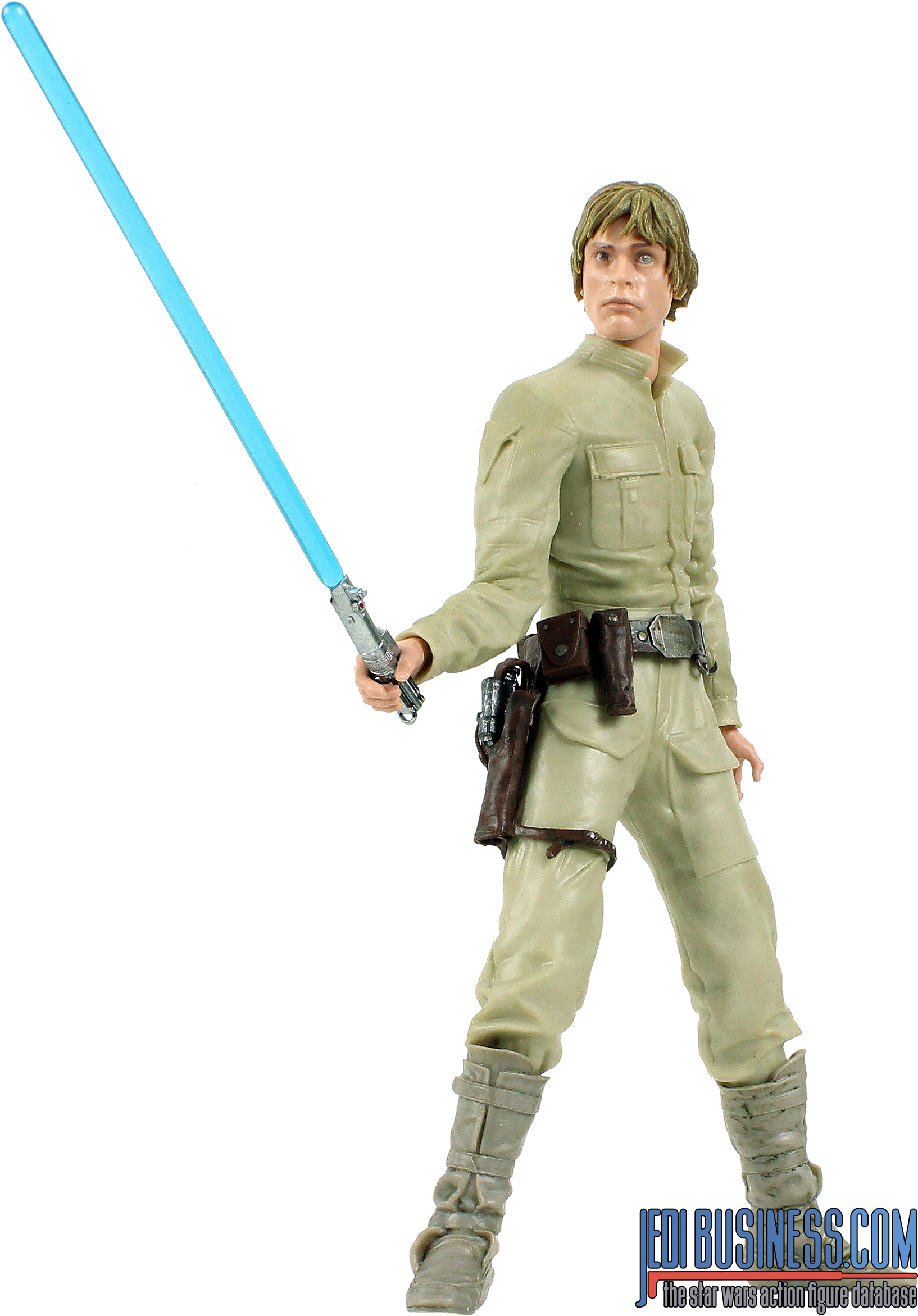 We know from smaller scaled figures that it can be quite tricky to get a figure to hold a lightsaber with two hands, especially when the upper body is turned to the side. This is not an issue with this Luke. 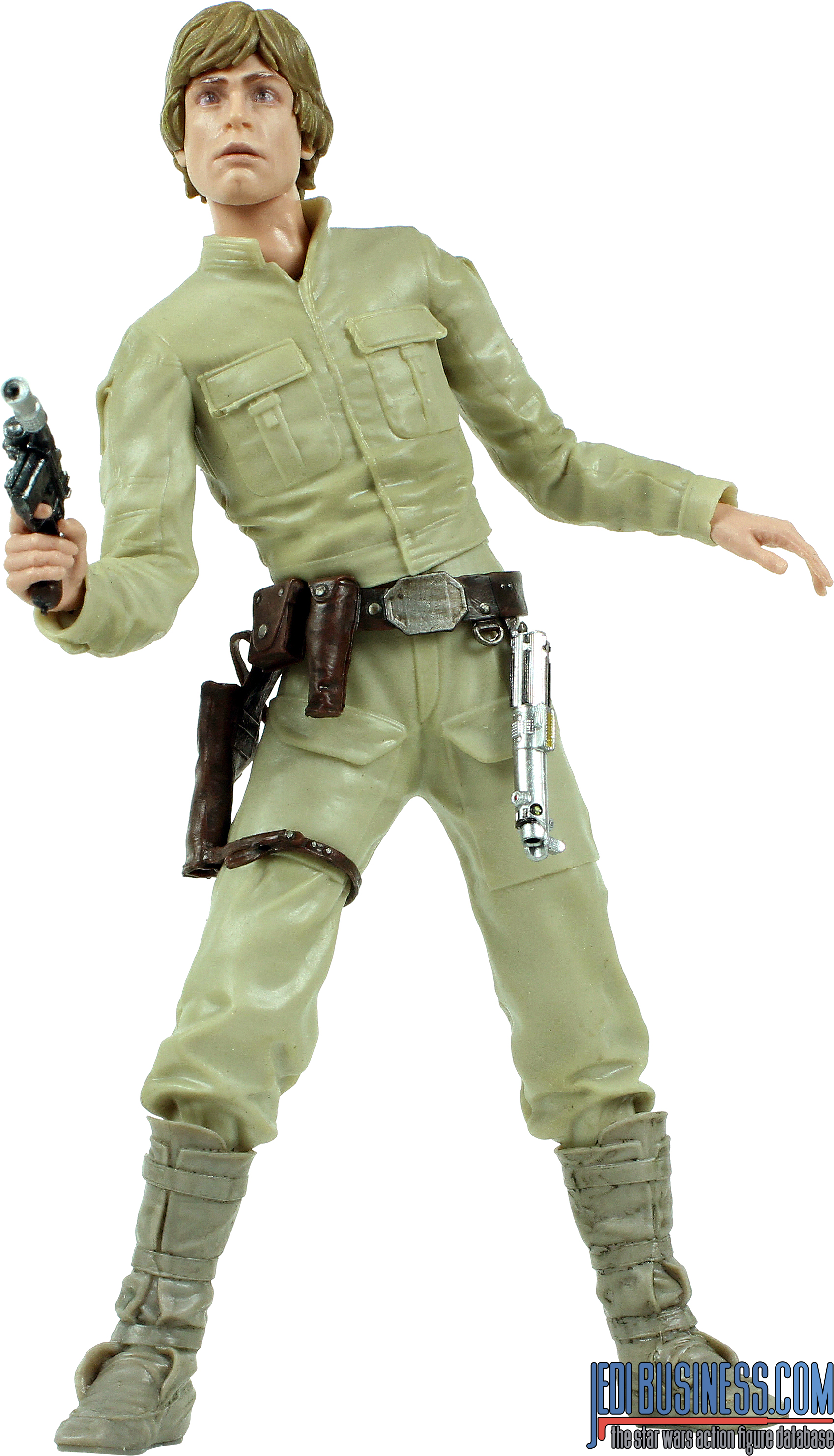 The included base is identical to the one which was included with the Hyperreal Darth Vader figure, and it can be connected to it. There is a small connector piece included which simply holds both bases together at the bottom. 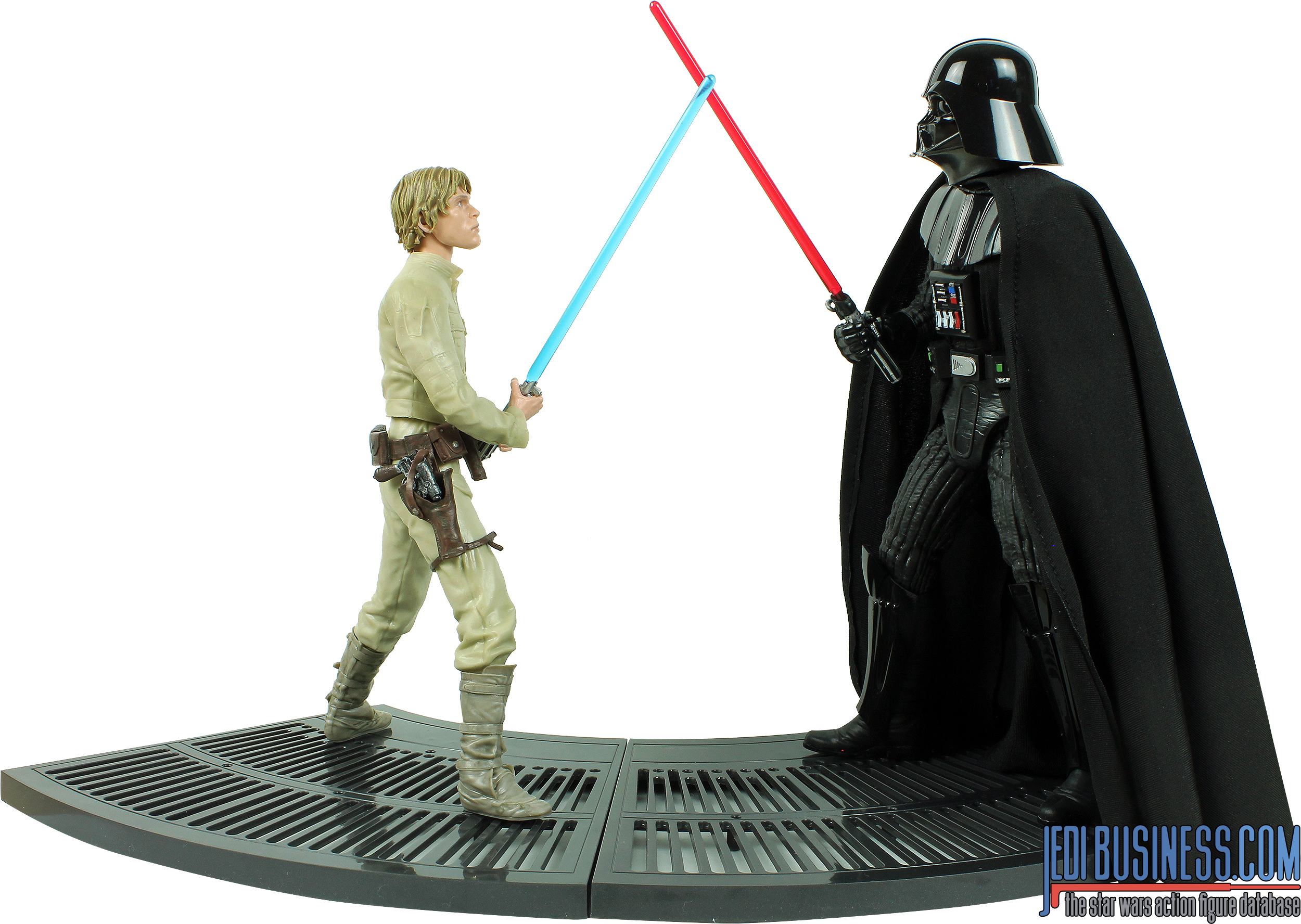 This Hyperreal Luke Skywalker came out at just the right time for the 40th Anniversary of The Empire Strikes Back, and it's the perfect counterpiece to the previously released Darth Vader so that you can set up the duel from Episode V. There is nothing particularly wrong with this Luke, but the rubber outfit does feel strange to the hand at first. There are a ton of accessories included so that you can place Luke in all kinds of different poses, the head sculpts look good, the poseability is great and with no visible articulation it doesn't distract aesthetically. If you are looking for a nice 40th Empire Strikes Back present to yourself or your significant other, give this one a try (check Amazon or check Entertainment Earth). 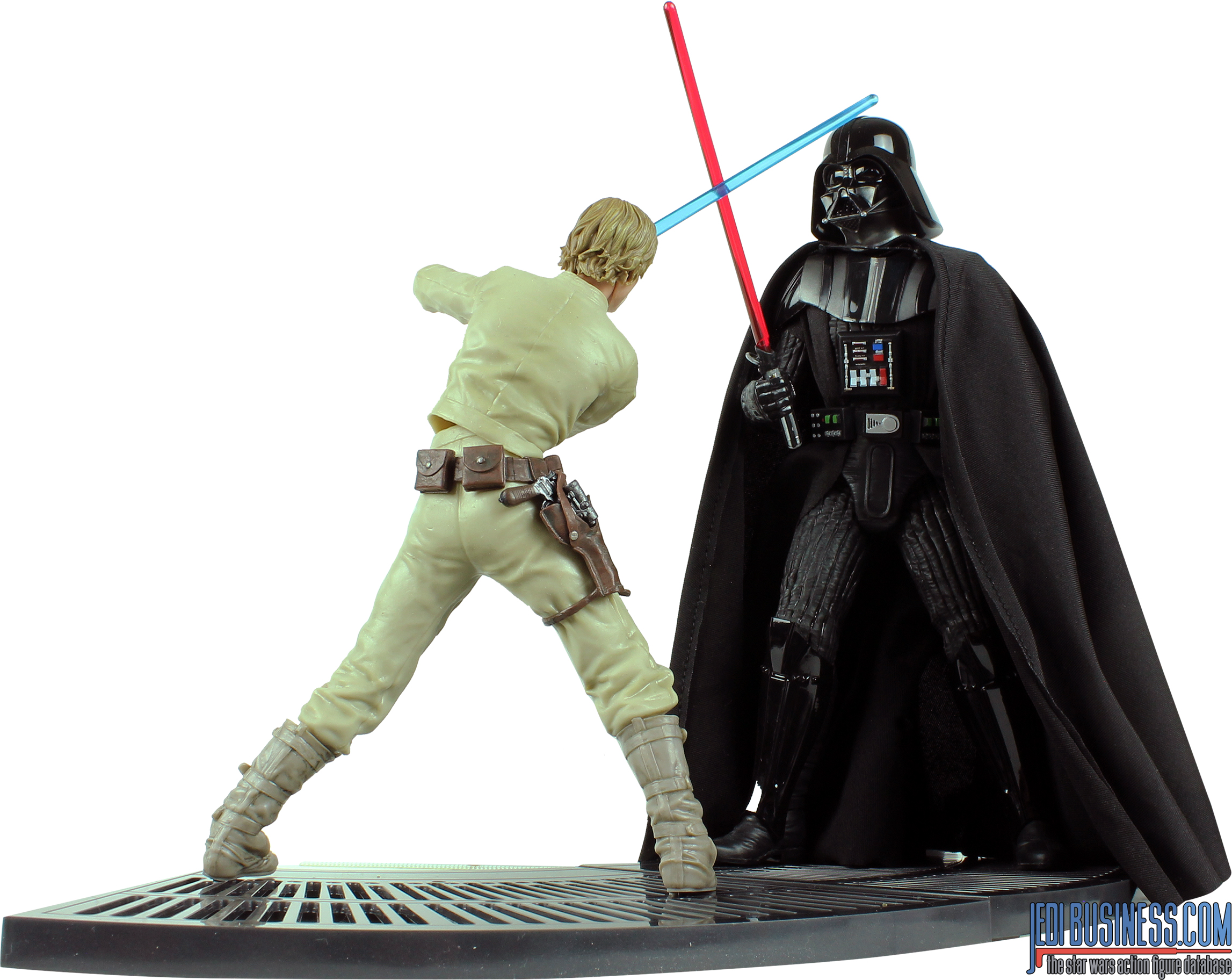