This review was sponsored by Entertainment Earth!

Hasbro's Black Series Snowspeeder vehicle was released in July 2020 to celebrate the 40th Anniversary of The Empire Strikes Back and it marked the seventh vehicle in the Black Series line-up after the Tie Fighter, Landspeeder (released twice, once as a SDCC exclusive and a regular retail version), a Speeder Bike, a Shadow Speeder Bike and Enfys Nest's speederbike. The Snowspeeder cost $119.99 when it was released, you can check Entertainment Earth to see if they still have it in-stock, and it measures 19" (48.26 cm) long, 16" (40.64 cm) wide and about 5" (12.7 cm) tall.

The challenge in the Star Wars Black Series line is the big scale and if fans have enough room to display the vehicles on shelves. The Snowspeeder balances the size issue very well, it's not too small, and it's not "Tie Fighter Big" either. It fits somewhere in-between which is still manageable.

Here is a look at the packaging with the beautiful Gregory Titus artwork on the front of the box. The Black Series Snowspeeder came with an exclusive Dak Raltar action figure, which was packed in a plastic blister and wasn't single boxed or carded. 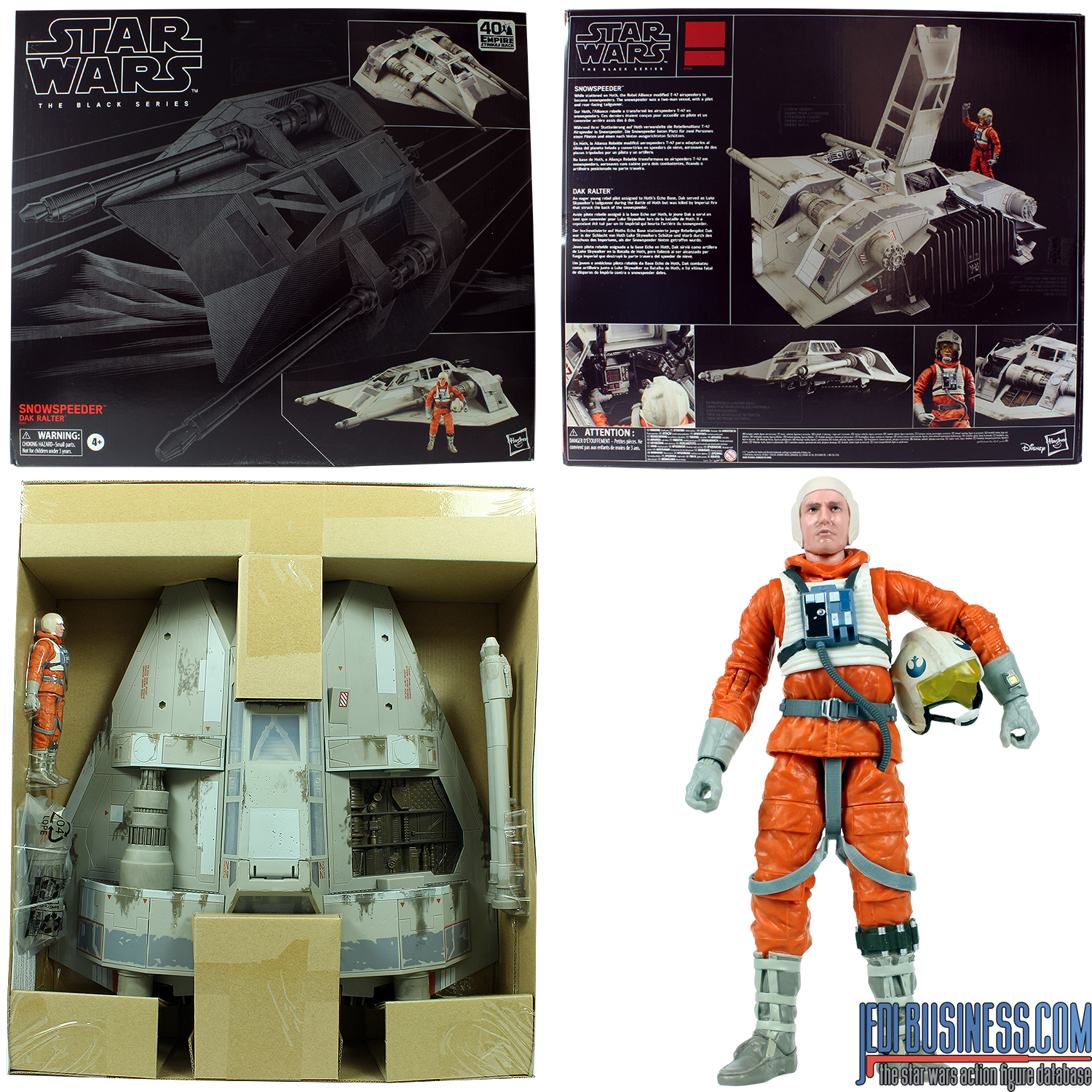 The Black Series Snowspeeder comes almost fully assembled. The only pieces which need to be attached are the two laser cannons and the harpoon on the back. If you'd like to display your Snowspeeder without battle damage then you'll also need to clip one of the engine covers and part of the engine on. All the markings on the Black Series Snowspeeder are printed onto the hull, so you don't need to mess around with stickers. The entire set up from un-boxing to display takes about five minutes. 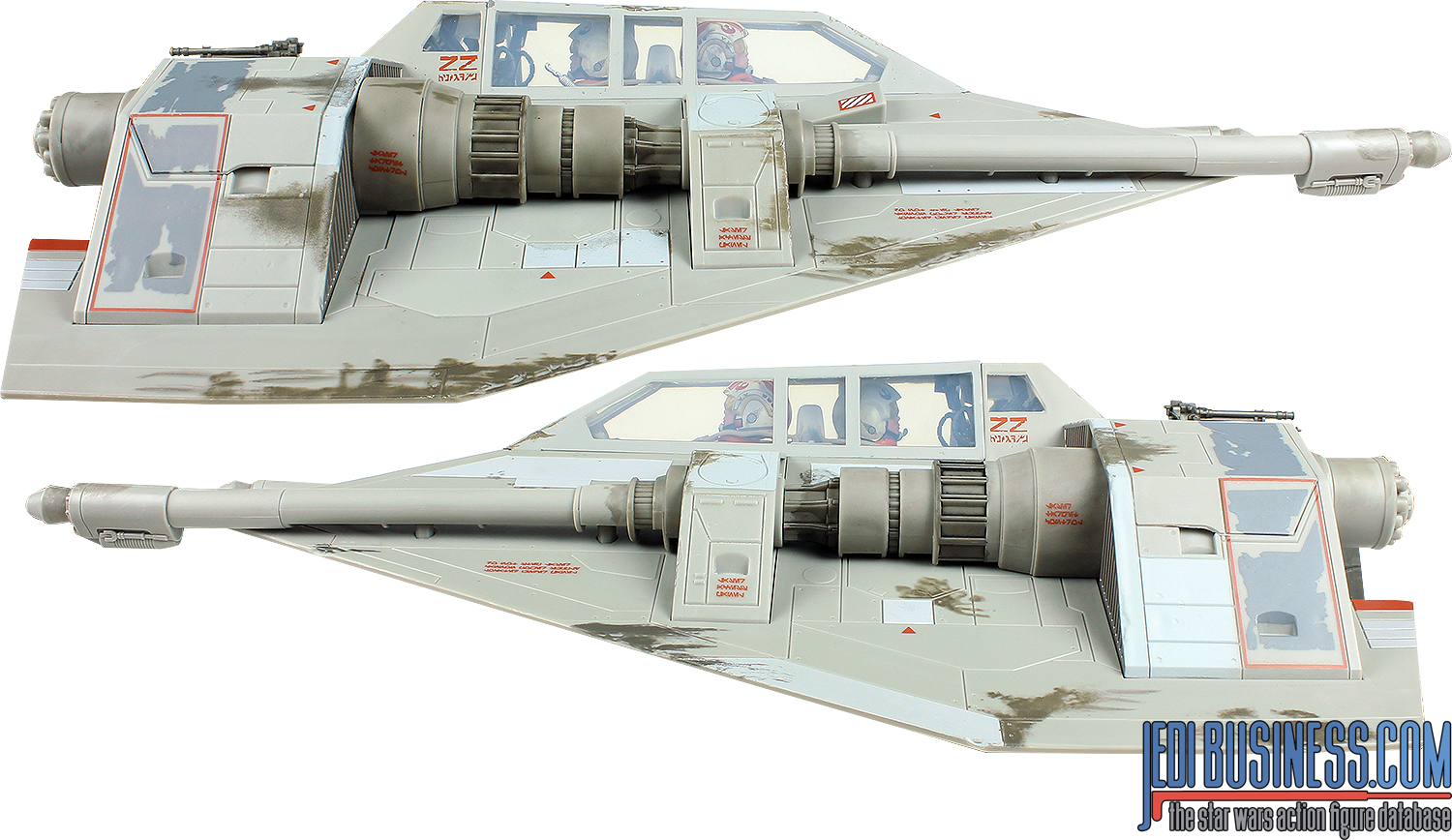 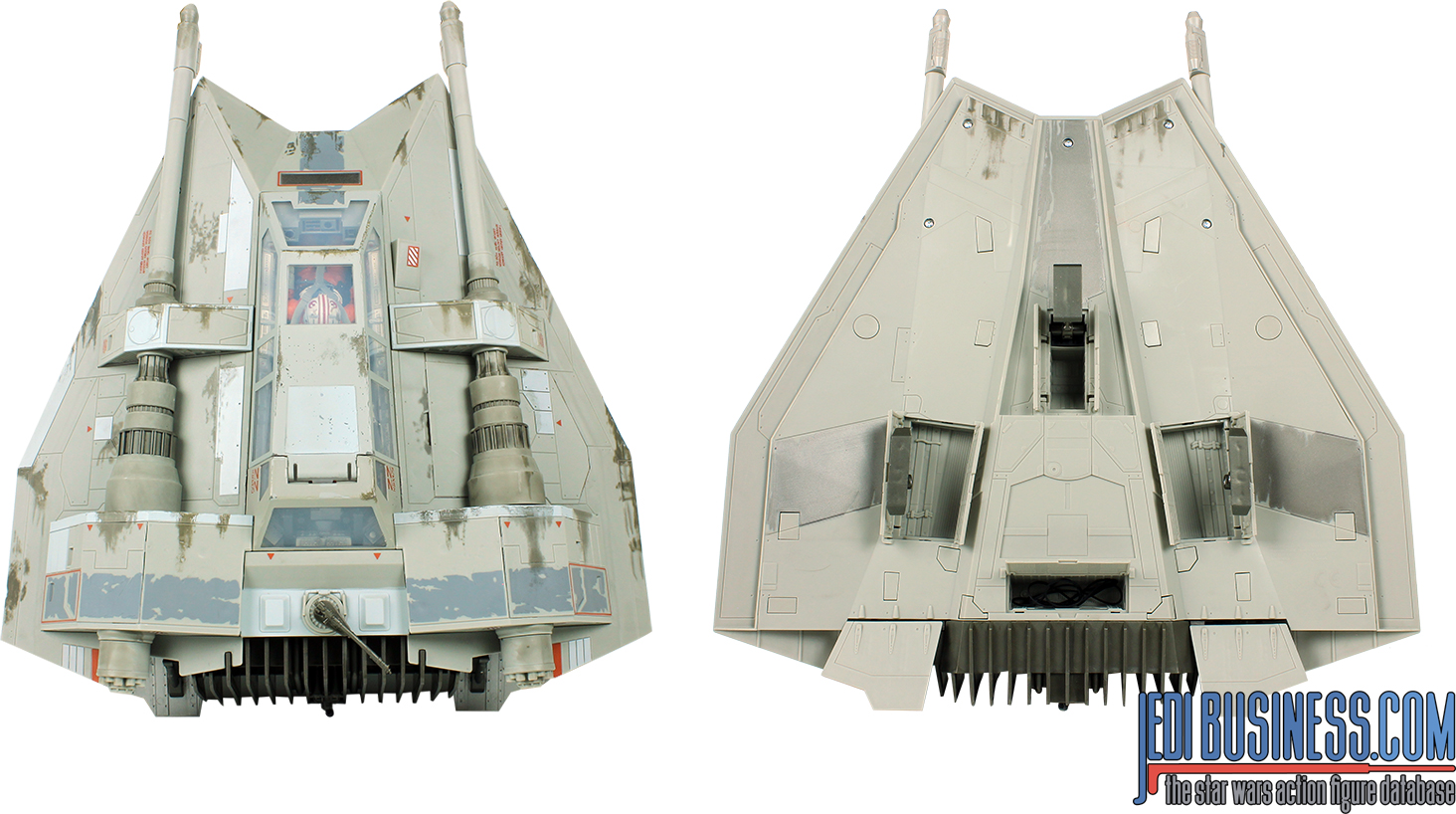 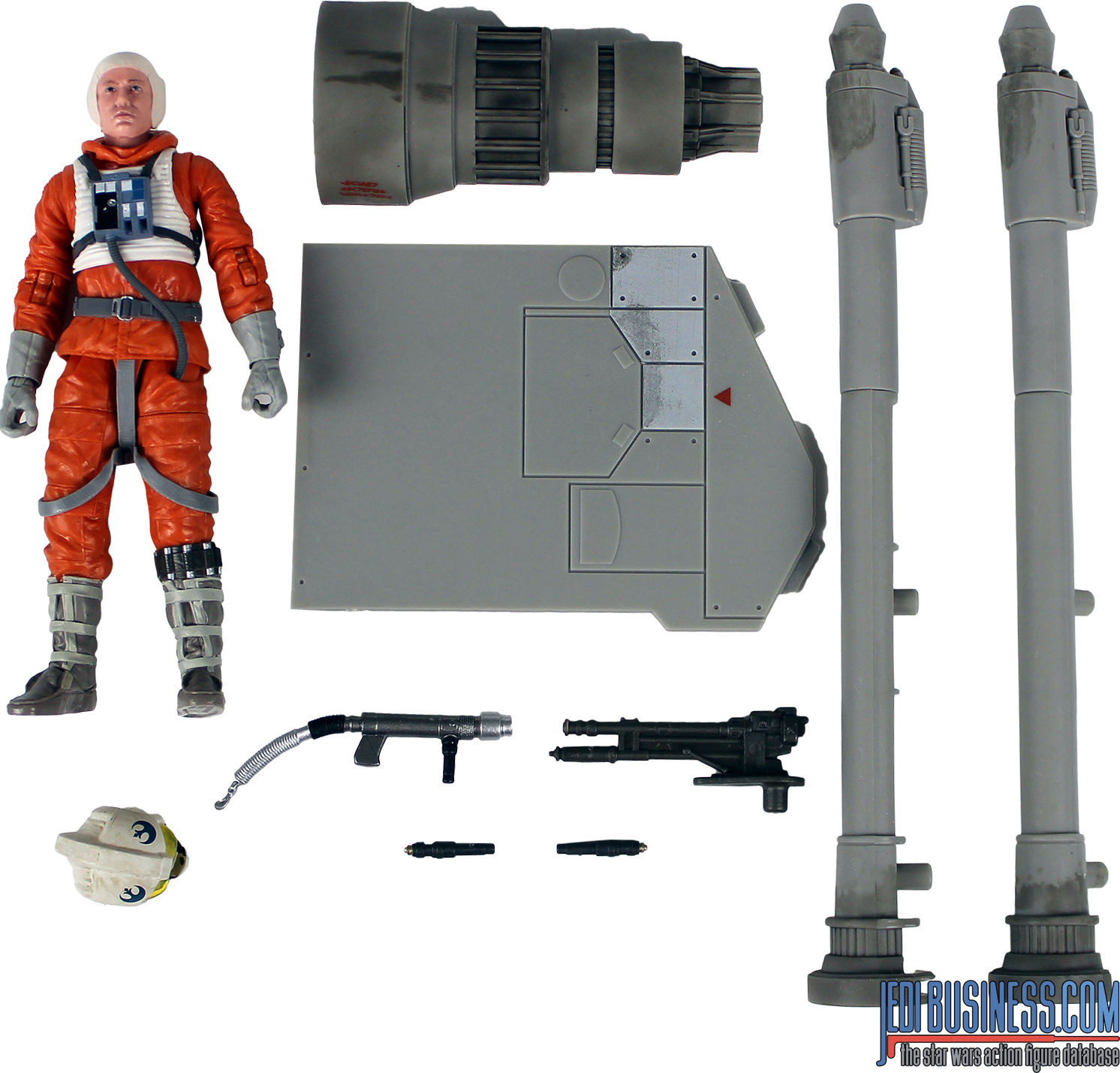 The Black Series Snowspeeder is nicely detailed from top to bottom, but let's take a look at the cockpit first because it is filled with details. Both seats are big enough for figures to sit in comfortably, and it's fairly easy to have the pilots hold the controls in their hands.

A look at both pilots ready to take on the Empire!

Dak's gunner seat has all the details which we remember from the movie plus some. There are handles on the canopy which Dak can grab and pull down to close it, and there is a small spot where the grapple gun can be stored. The seatbelt needs to be unplugged first before you can seat the figure, and once it's in place just snap the seatbelt close and it'll help secure the figure in the seat. 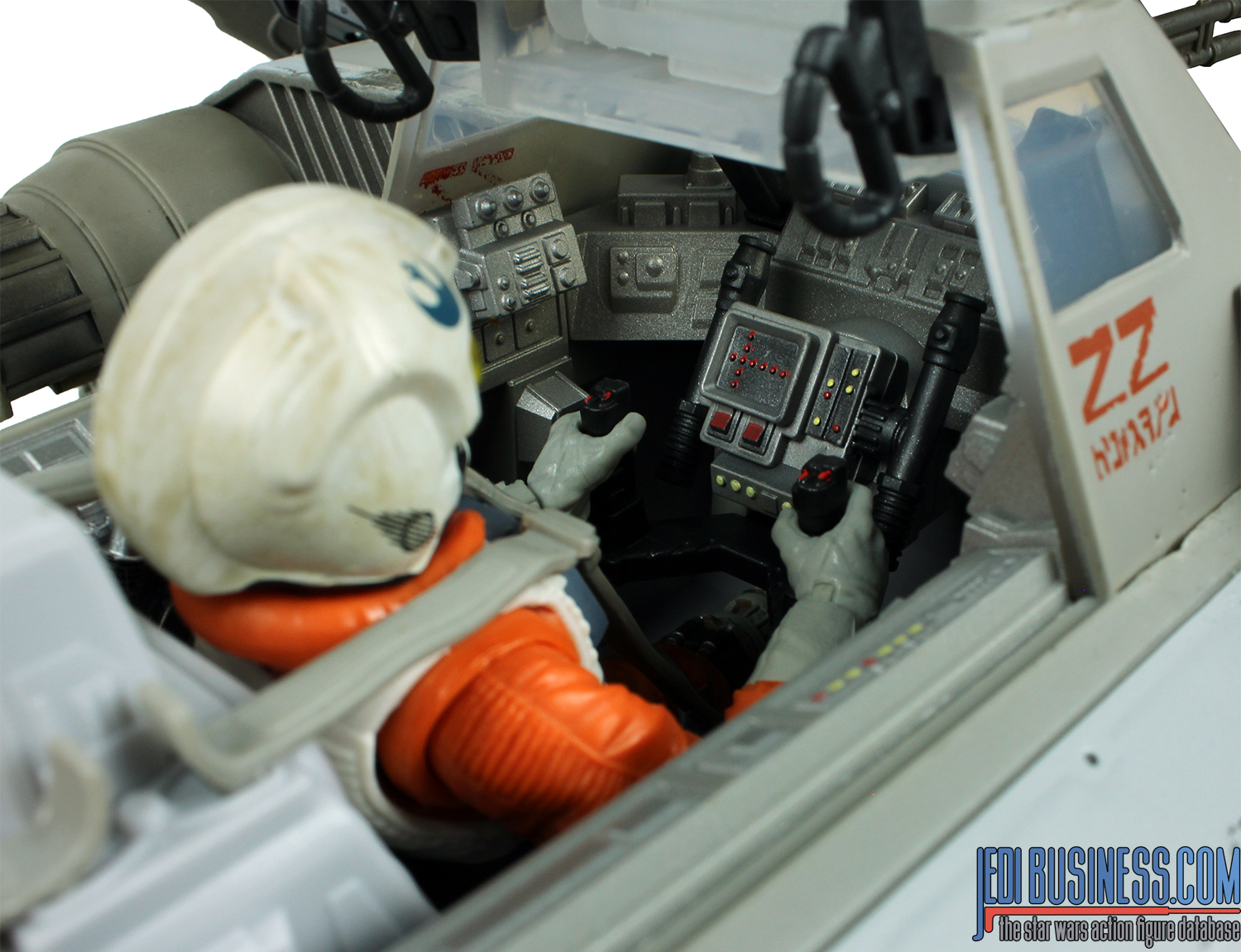 Dak Raltar is ready to take on the Empire! Look how nicely the figure can hold the controls! 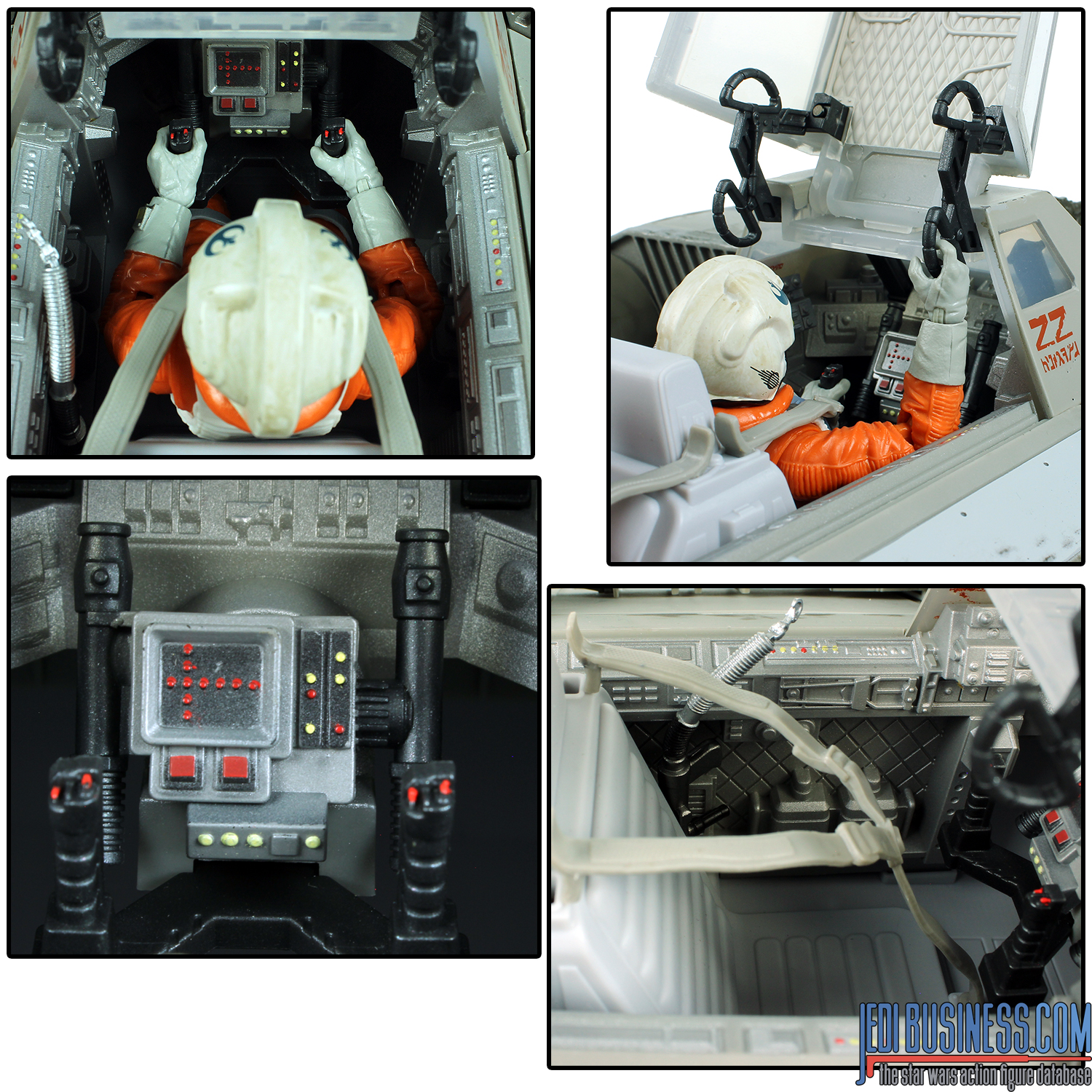 A look at the Black Series Snowspeeder Gunner Seat

The driver's seat is just as nicely detailed. There is storage room for the two grenades and the figure is able to hold the controls tightly. Have a look at Luke Skywalker below. 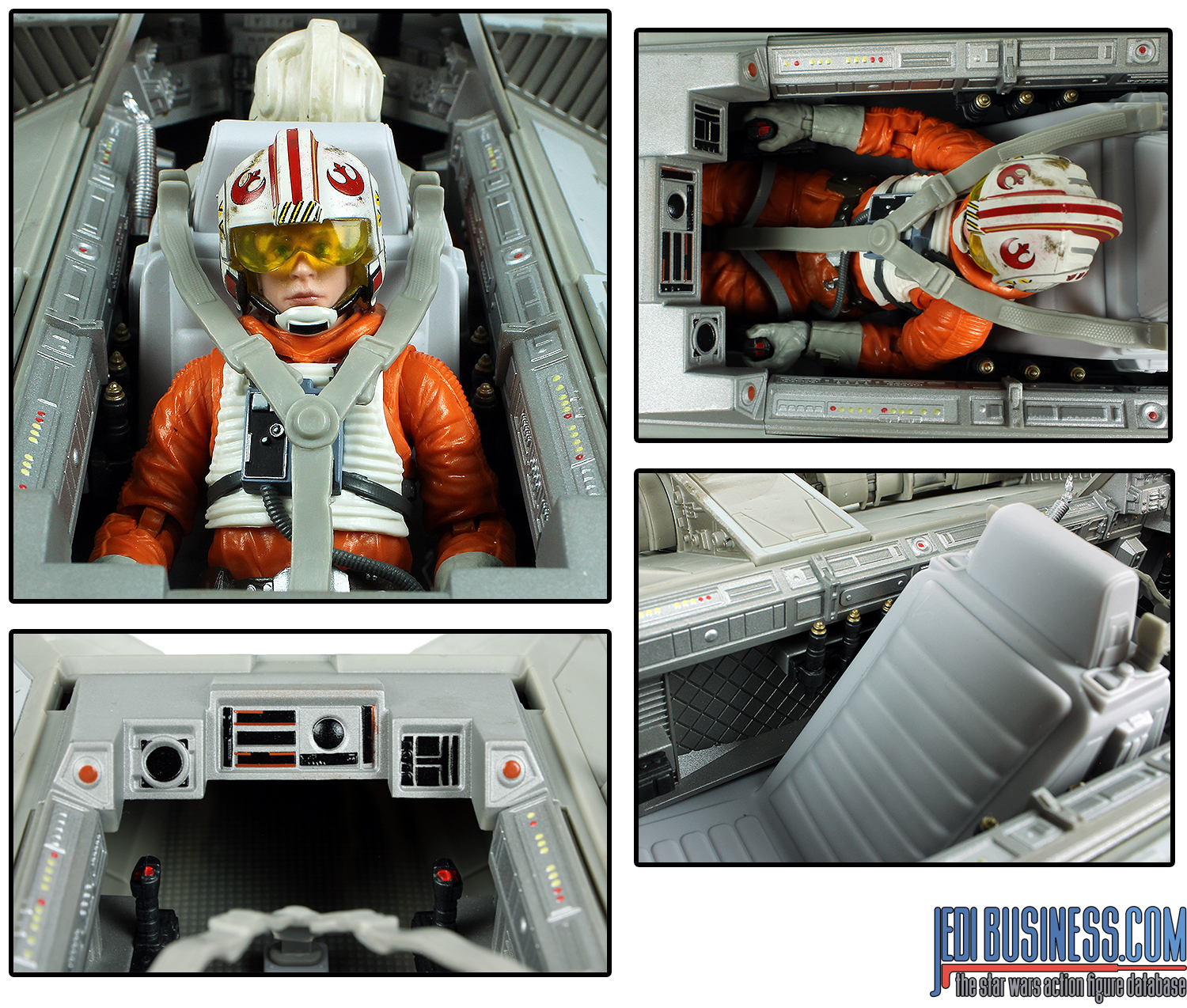 A look at the Black Series Snowspeeder Driver Seat

The dimensions and proportions of the Snowspeeder look right in comparison with the 6" Black Series action figure line and the details sculpted into the hull look great. One of the outside panels can be taken off which reveals the engine underneath the hull. 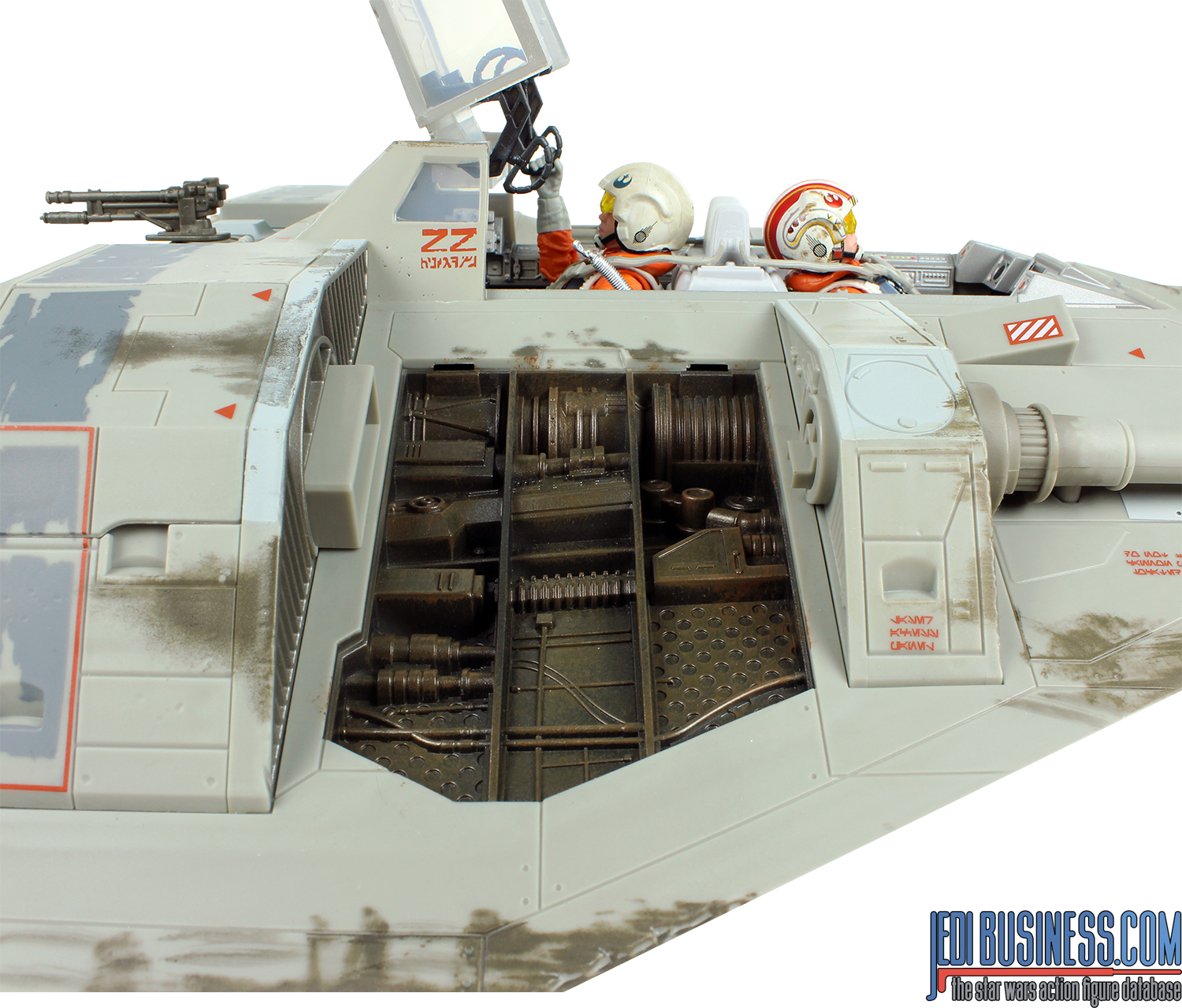 A look at the Black Series Snowspeeder Battle Damage

Here is a closer look at the included Black Series Dak Raltar figure which comes with a removable helmet, two grenades and a grappling gun. 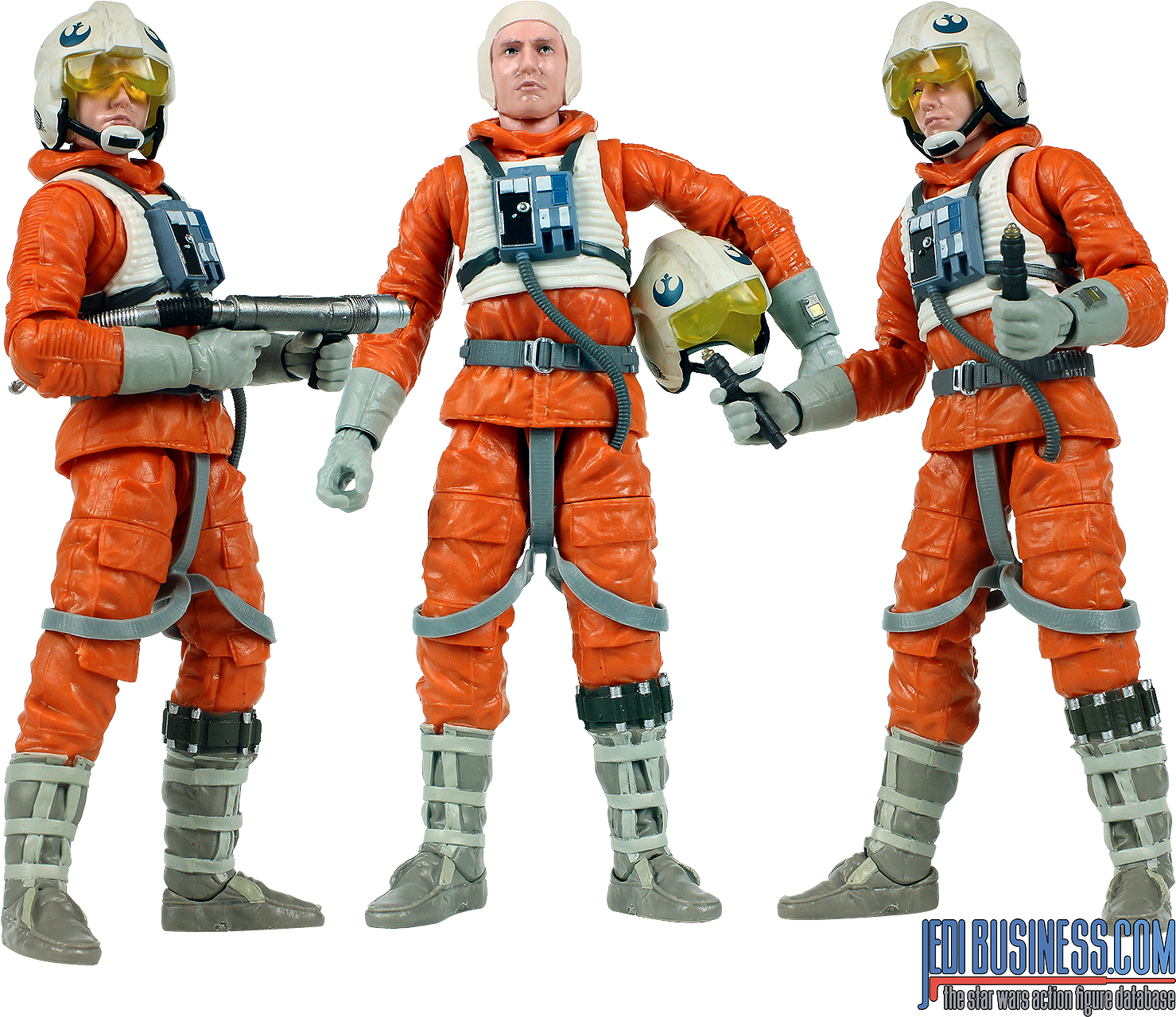 A look at the Black Series Dak Ralter figure

And here is a look at the Black Series 6" Luke Skywalker (Snowspeeder) figure holding the grappling gun. 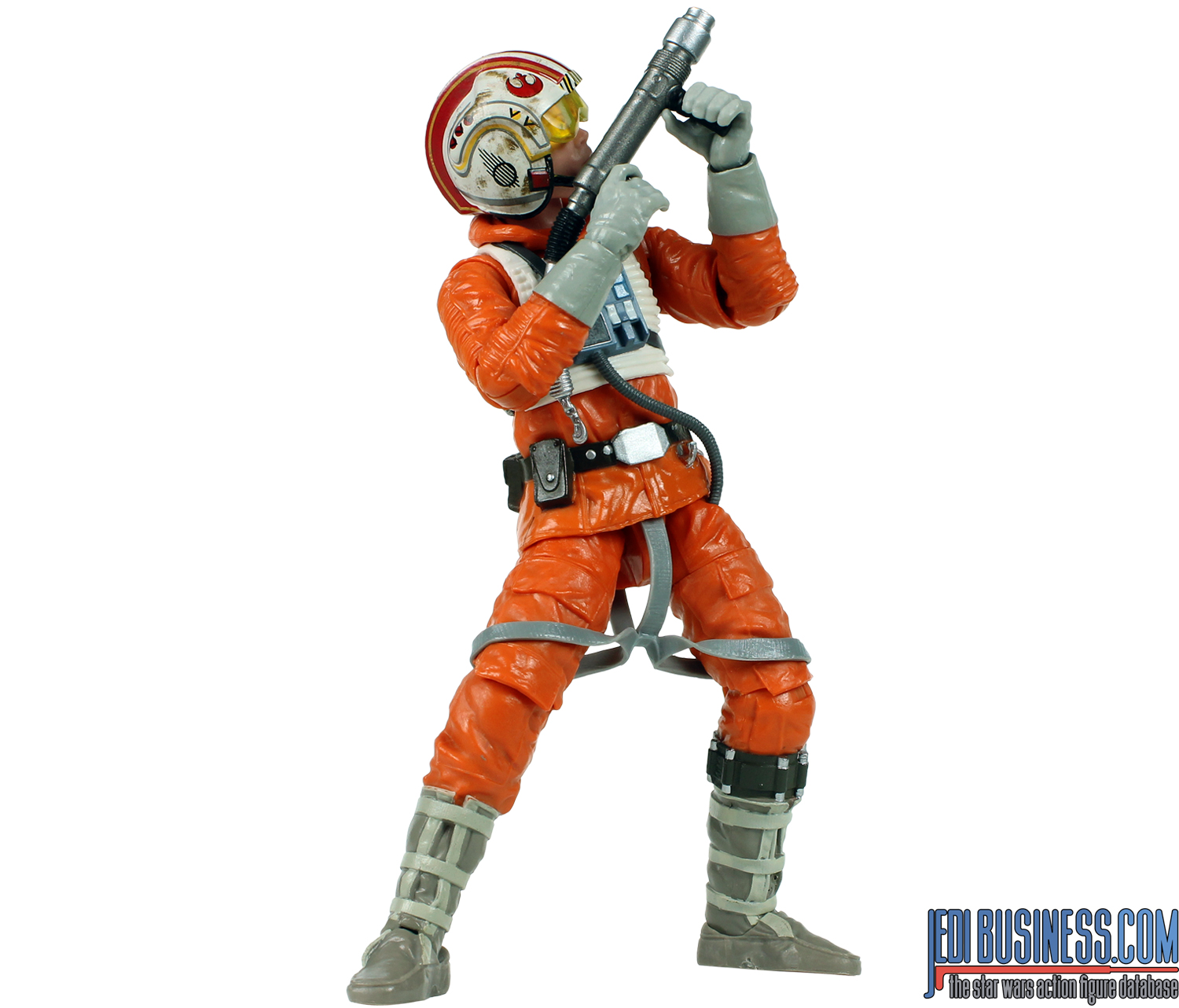 The Black Series Dak Ralter and Luke Skywalker action figures (look at the differences in the belt, helmet and head sculpt)

Here are a few more pictures which showcase the details found on the Snowspeeder. 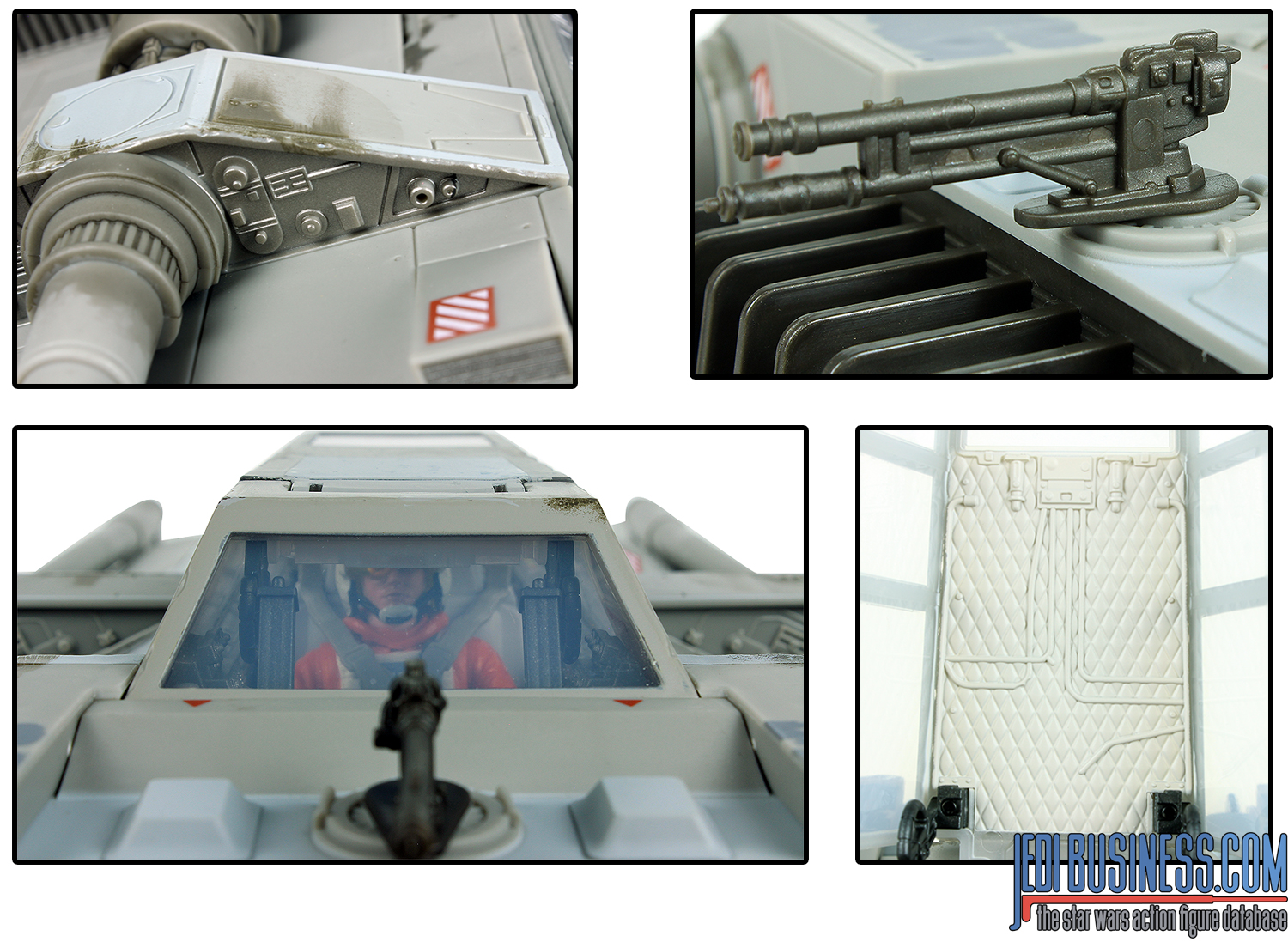 The Black Series Dak Ralter and Luke Skywalker (look at the differences in the belt, helmet and head sculpt)

The Black Series Snowspeeder looks like a studio scale model, here are a few more pictures of it in flight mode. 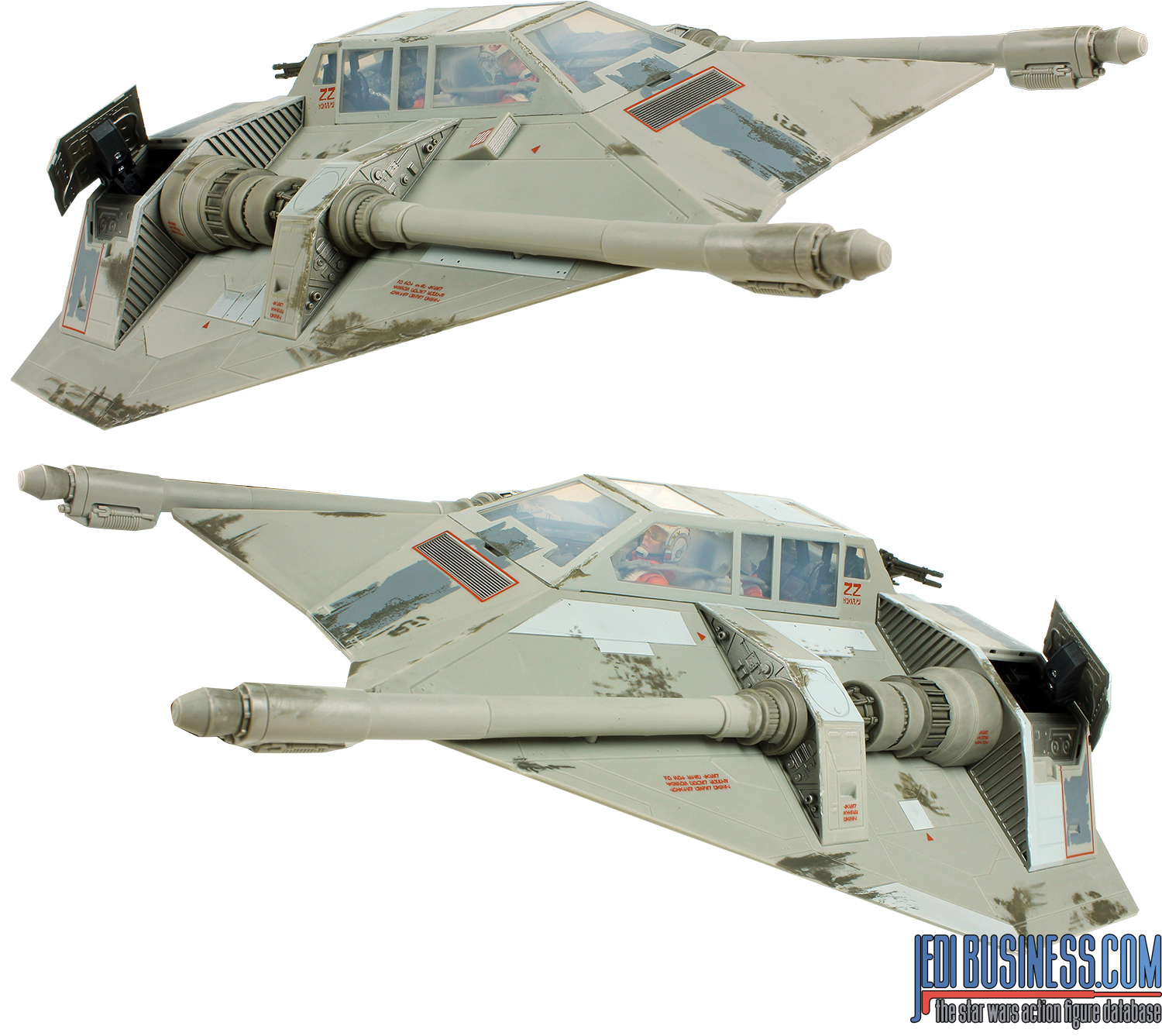 The air breaks on both sides can be opened

The cable for the harpoon is stored in the bottom, and it didn't look as if there is a way to attach it to the actual harpoon. 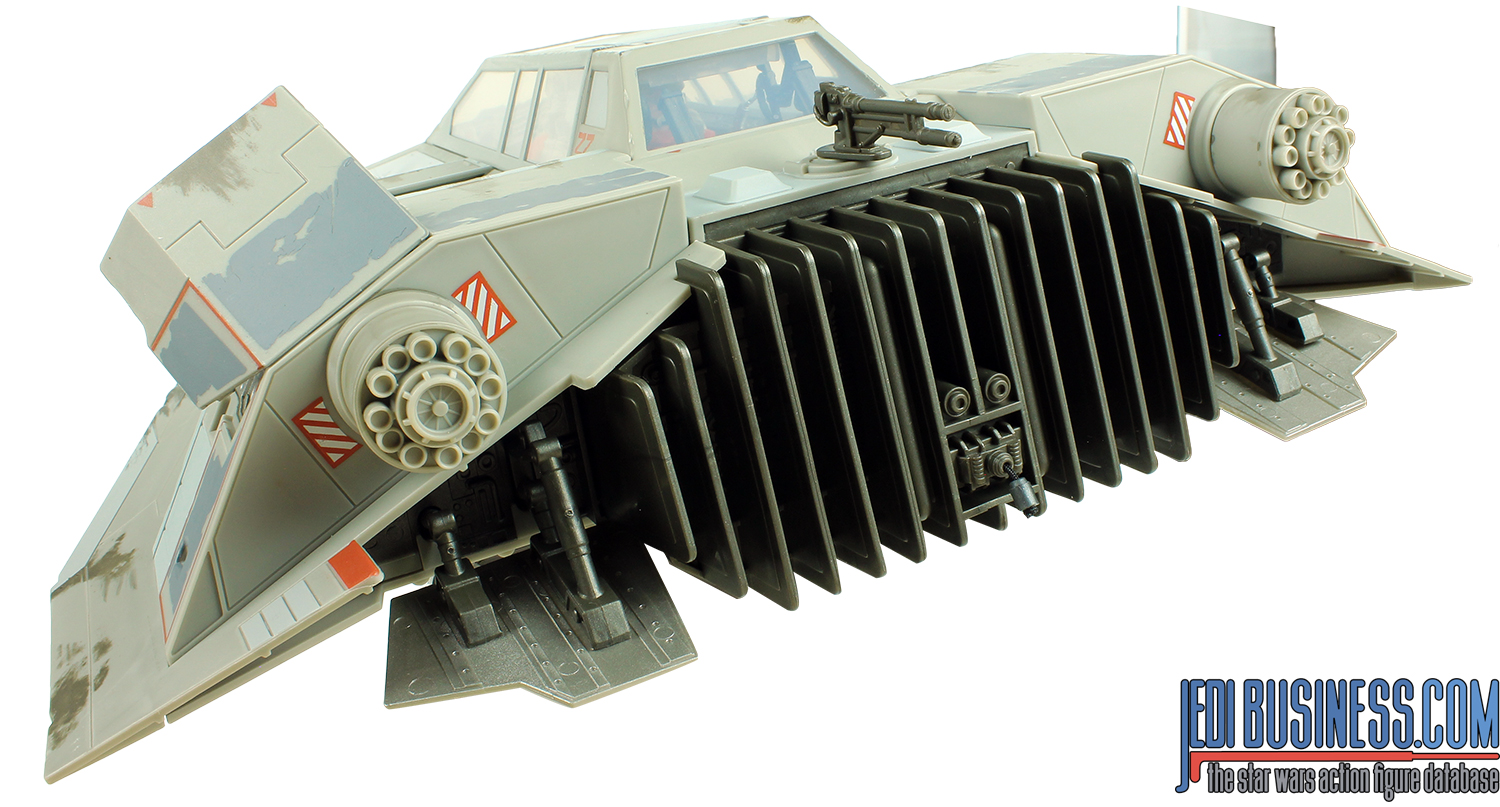 A look at the back of the Black Series Snowspeeder

There isn't anything to critique about this vehicle, the execution is done very well. The landing gear on the bottom is functional, it's easy to assemble, the figures fit nicely into the cockpit, the paint application was done well with lots of weathering and a dirty wash on the hull, it has functioning air breaks and the harpoon in the back, the proportions look correct, and the inside of the cockpit has all the details which we remember from the movie. The plastic might feel a bit soft when you lift it up, but not to a point where it would bend, and that's not a deal breaker by any means. If you have $119 + tax in your wallet, chances are that you'll be very happy with this purchase. Well done Hasbro and congratulations on the timing, it's the perfect release for the 40th anniversary of the Empire Strikes Back!

Thank you to Entertainment Earth for providing this vehicle for free for the review.