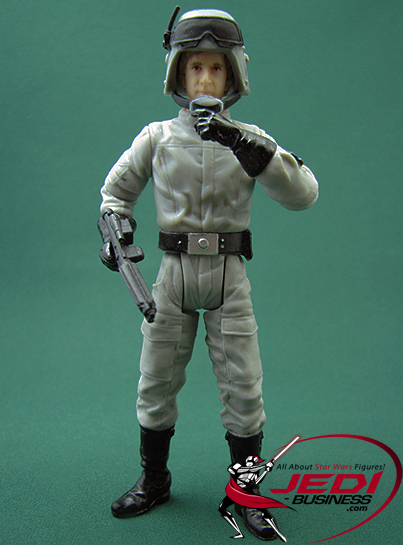 Han led a strike team to the moon of Endor, to destroy the shield generator protecting the second Death Star high in orbit. Han had to get inside the Imperial bunker to disable the generator. Commandeering the uniform of an AT-ST driver, Han pretended to be an Imperial trooper. Using a communicator, he told the forces in the bunker that the Rebels were fleeing into the woods and reinforcements were needed. The troopers opened the bunker, and Han and his team attacked. With the help of the native Ewoks, the Rebel strike team defeated the Imperial forces and destroyed the generator, paving the way for victory at the Battle of Endor.