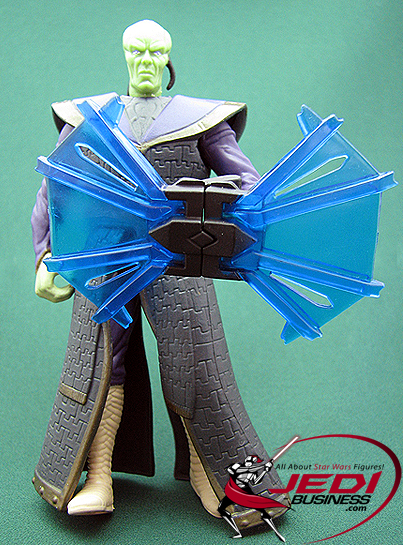 This Prince Xizor action figure was released individually carded during The Shadows Of The Empire series. The figure has 6 joints, but you can't use the waist joint and turn it unless you remove the hard-plastic cloak. The paint application is nicely done in the facial area and on the cloak, and Xizor's energy shields fit quite well in both hands. The grip only becomes a bit of a challenge once you combine both shields to form a big one. The biggest flaw the figure has is that it can't stand on its own. All things considered, it was a cool figure for it's time back in 1996, but Hasbro released a new version of Prince Xizor in 2009, which is more detailed and features more joints.

Despite their devotion to the Emperor (though Xizor's commitment is at best a political maneuver) there is little love between Vader and the Dark Prince. Vader does not trust the crime lord's intent., while Xizor seeks vengeance against Vader for the deaths of his family. A direct attempt on Vader's life however, would be too dangerous, even for Xizor, and in his opinion, a fate not painful enough. To ruin Vader in the eyes of his beloved master would be the ultimate degradation, a feat which could only be accomplished by locating and eliminating Luke Skywalker. Spoiling Vader's promise to deliver Skywalker to the Emperor alive would undermine Vader's reliability and give Xizor all that he desires: final vengeance and Vader's position as the second most powerful figure in the galaxy. 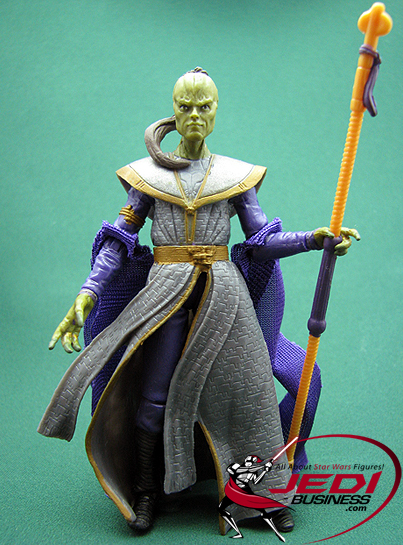 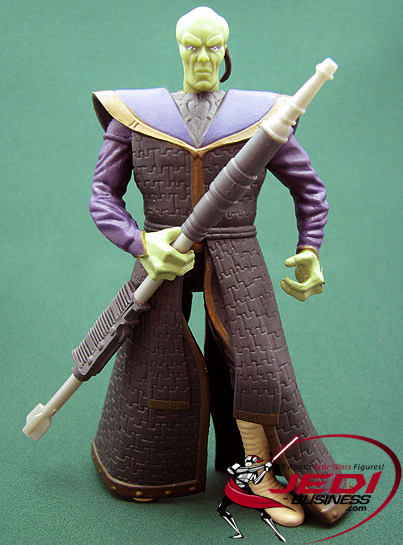