Nien Nunb (Battle Of Endor) The Power Of The Force 1997 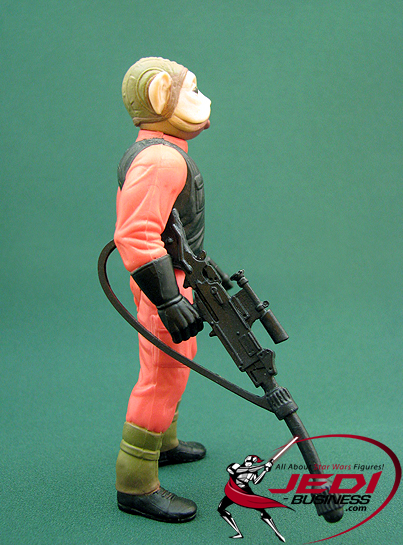 Nien Nunb was seen piloting the Millennium Falcon together with Lando Calrissian during the Battle Of Endor in The Return Of The Jedi. The figure was released in 1997 and features the basic 6 joints (head, 2 arms, waist, 2 legs). Despite the lack of knee or ankle articulation, the figure can stand securely on it's own. Nien Nunb is a bit bulky, like most of the figures at around that time. Both weapons are a bit on the bigger side as well, but they do fit into both of Nien Nunb's hands. The paint application is pretty basic, but does it's job and looks overall nice.

The outstanding Rebel Pilot from the planet Sullust, Nien Nunb served as Lando Calrissian's copilot in the Millennium Falcon during the Battle of Endor. 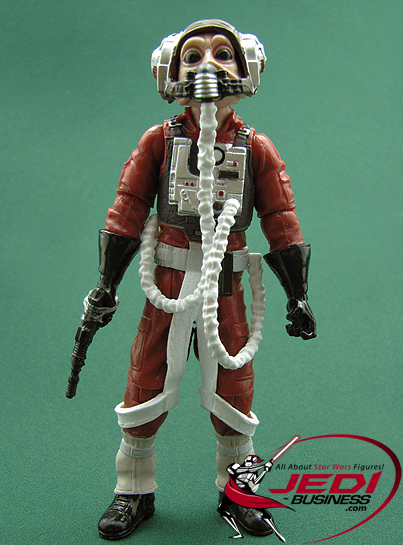 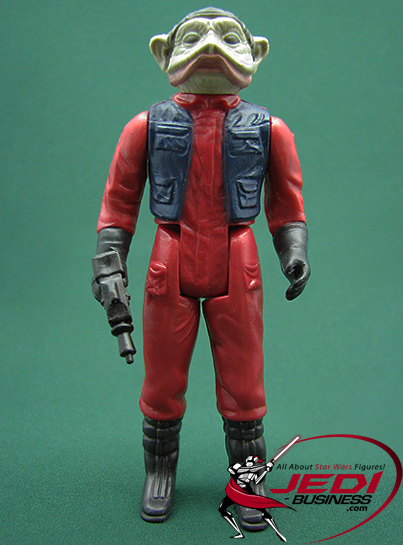