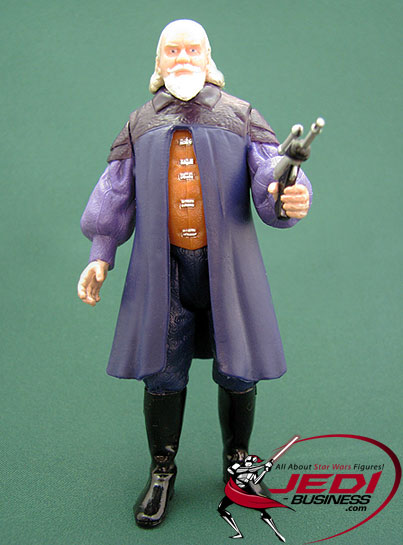 This Sio Bibble figure was released in the last Episode 1 wave in the year 2000, and was one of the harder to find figures at the time. As of July 2009, this is the only figure that has ever been made of Sio Bibble. Hasbro included a blaster with the figure, which has the typical Naboo look to it. It fits nicely into Sio Bibble's left hand, but he is unable to hold it with his right hand. Unfortunately Hasbro didn't give the figure any knee joints or included a "Naboo chair", so you won't be able to have him sit in a circle with other Naboo politicians as seen in The Phantom Menace. The figure really succeeds in it's overall look and it's aesthetics, even almost 10 years after it's release. It looks pretty close to the actor Oliver Ford Davies, who portrayed Sio Bibble in the prequel movies, incl. the little belly and a great face sculpt. The paint application is not spectacular, but nicely applied. All in all, it's a decent figure with limited joints, but it still holds up remarkably well with figures released 10 years after it's release, and if you are looking to expand your Naboo citizens, you can't go wrong with adding this figure to your collection. 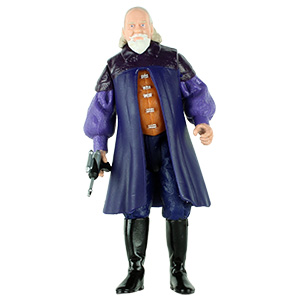 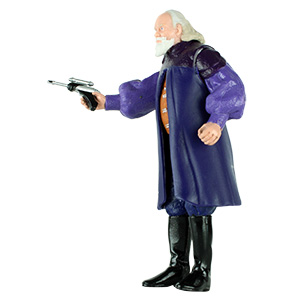 Look at all Sio Bibble images!