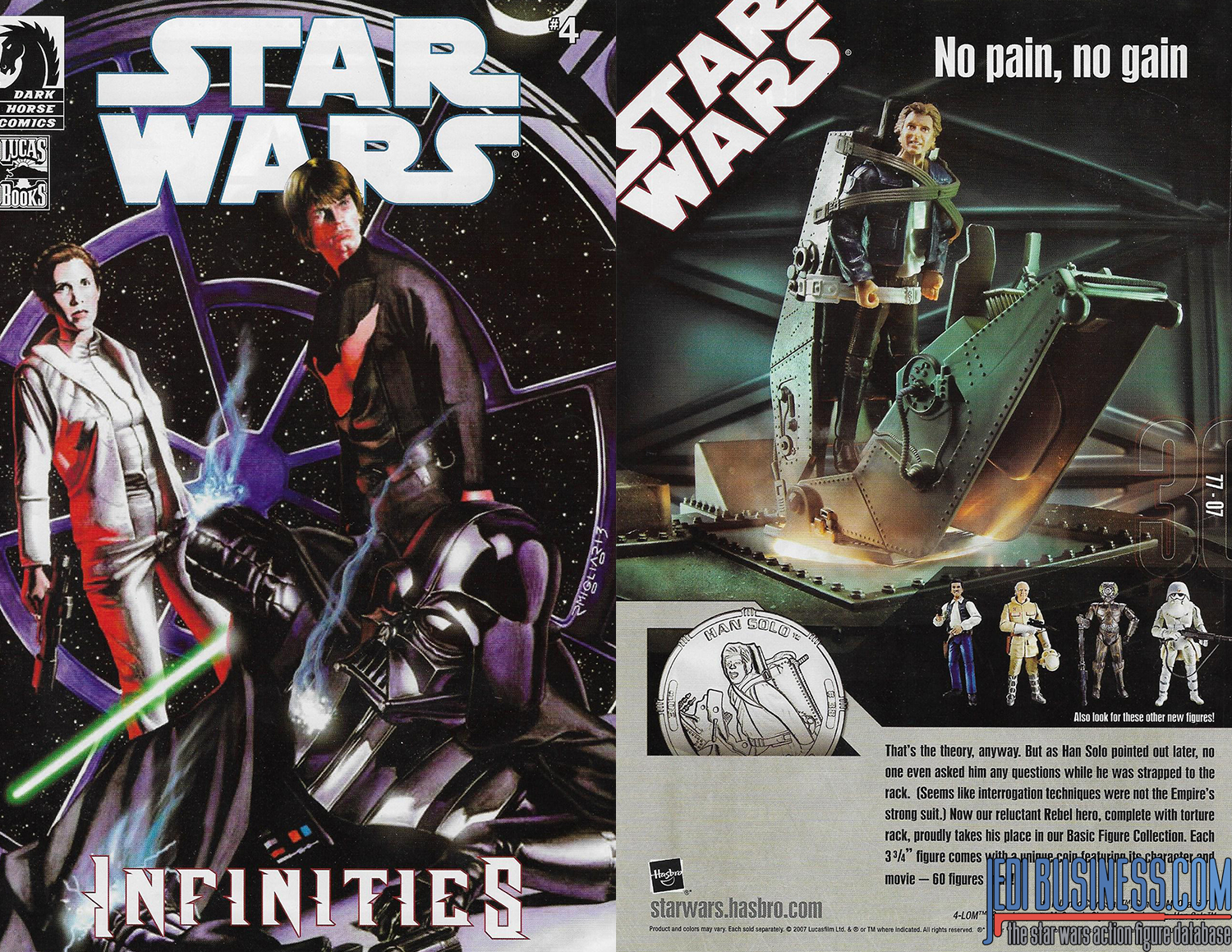 This white Darth Vader figure was released in a comic 2-pack in 2008's Legacy Collection along with a Princess Leia in Endor gear figure. Darth Vader is based on the Dark Horse Infinity comic book series.

Vader has 12 movable joints, which gives you quite a few different options to pose him. The figure doesn't have any ankle joints, but stands securely on it's own nonetheless. The red lightsaber doesn't fit well into either of the hands, so it would be better to keep it attached with the little plastic rubber band.

The paint application looks simpler than it actually is. Vader is dominantly white, with nicely applied silver accents on the shoulder armor, blue lenses in the helmet and different colors on the belt boxes. The green and the two tone bluish buttons on the chest box are painted cleanly as well. Vader's belt has a hole in it on the left, right behind the belt box so you can hang a saber hilt from it. Unfortunately Hasbro didn't include an individual saber hilt with the figure.

All in all, it's only an average Darth Vader figure based on the Expanded Universe. It sure is interesting and different enough from previously released Vader figures because of the white paint application. However, if you are not a fan of Dark Horses' infinity series, you can probably skip this release.

The Infinities series explores tantalizing "what if" stories about what might have happened to Star Wars characters if events had occurred differently. In this tale, the rescue of Han Solo from Jabba's palace fails, so Princess Leia goes after Boba Fett in order to save Han. The climactic events on the second Death Star also take a different turn that sees Darth Vader changing his allegiances and fighting alongside his children.