Anakin Skywalker as Darth Vader was released individually carded during The Vintage Collection in early September 2010. The figure is based on Anakin's appearance right after he was named Darth Vader by Darth Sidious.

The figure is super articulated with 14 joints including ball-joints in the neck, shoulders, elbows, the waist, both hips, knees and ankles. The wrists are swivel jointed. Vader has no balancing problems even when positioned in more dynamic poses. Hasbro included a jedi robe, a non-ignited lightsaber hilt and a blue lightsaber with the figure. The robe fits very well and doesn't feel overly bulky, there is no wire-frame in it, but it adjusts pretty well nonetheless. The hilt can be plugged into a small hole on Darth Vader's belt where it stays firmly attached. The blue lightsaber is a great fit for both of the figure's hands.

The paint application on pre-armor Darth Vader is basic, but well applied and comes close to what was seen in Revenge Of The Sith. The paint app in the facial area is worth mentioning especially, because it highlights the scar and "Sith Eyes" very well. The sculpt turned out great, and the look of the figure is spot-on when compared to Darth Vader in the movie. All in all, this Anakin Skywalker / Darth Vader action figure is well worth getting and an overall nice upgrade from previous releases. 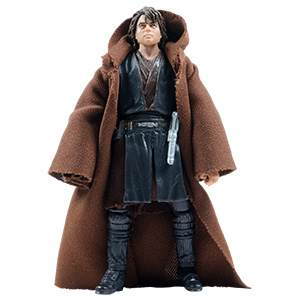 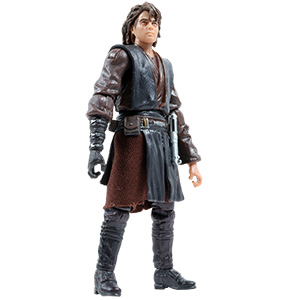 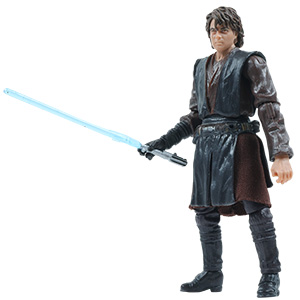