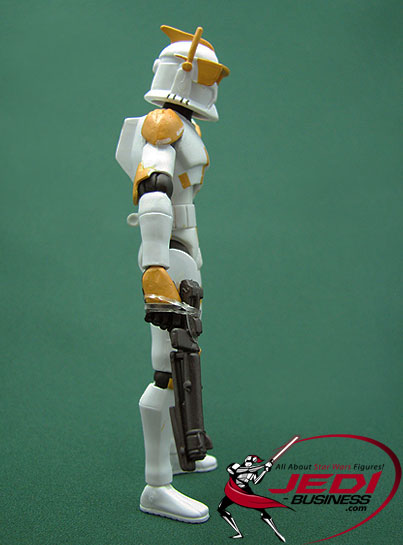 This animated-style Commander Cody figure was released in the fall of 2009 in a Walmart exclusive 2-pack along with Clone Trooper Echo. Commander Cody can be seen in various episodes throughout the Clone Wars TV show.

The figure is a repaint of the previously released Commander Cody figure from 2008. This time Cody's armor is weathered with some slight scratches and scuffs on the front and the shoulders. There is also some very subtle weathering on top of Cody's helmet. The orange colors appear to be exactly the same in the color tone as in the previous release.

Commander Cody is super articulated with 14 joints, including ball-joints in the neck, both shoulders, both elbows, both wrists, the waist, both knees and both ankles. The included blaster doesn't fit into the figure's right hand and keeps falling out, but it's a decent fit for the left hand. Cody's signature helmet fits well over his head and covers it entirely. The sculpt is well done, and there are no balancing issues of any sort.

All in all, this is a great animated-style version of Commander Cody. It's a super articulated figure which looks very closely to what the character looked like in the Clone Wars TV show. It is slightly different from previously released Cody figures, but if it's different enough for you to warrant a purchase is your call.

Clone Commander Cody and Captain Rex arrive at a clone trooper outpost to find that commando droids have captured the outpost, and the troopers stationed there have either retreated or been killed. Cody and Rex join the surviving troopers to retake the outpost. A seasoned leader of the 7th Sky Corps and 212th Attack Battalion, Cody is impressed by clone trooper Echo's exemplary skill and courage during the battle to reclaim the outpost. 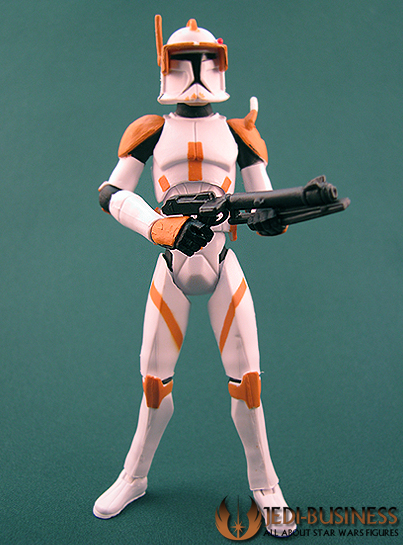 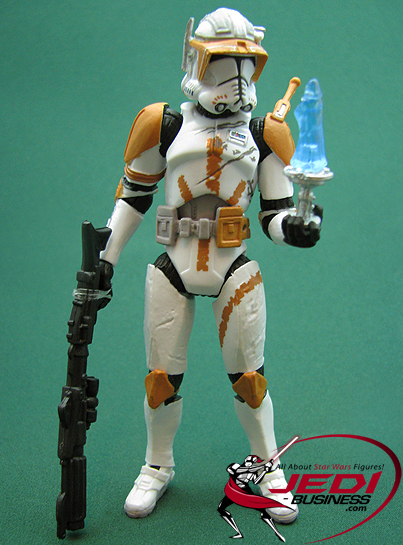 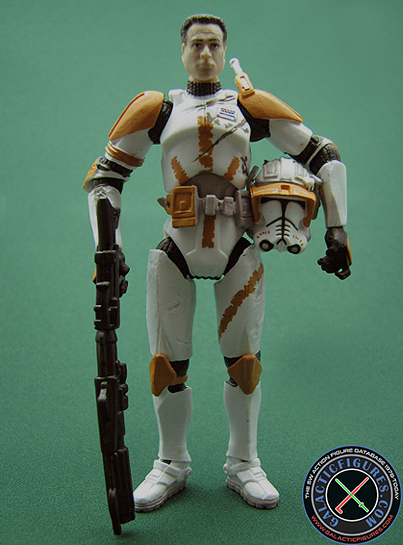 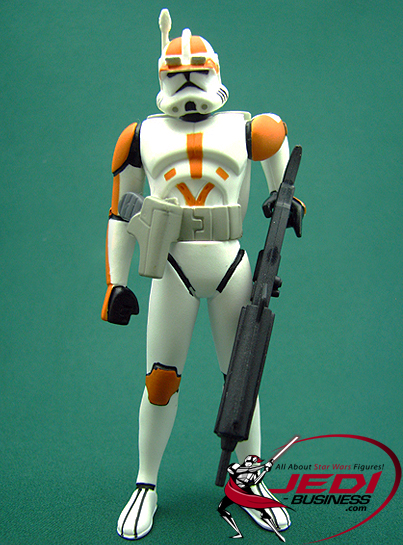 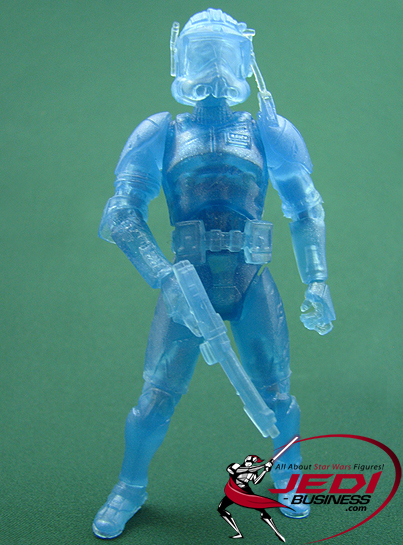 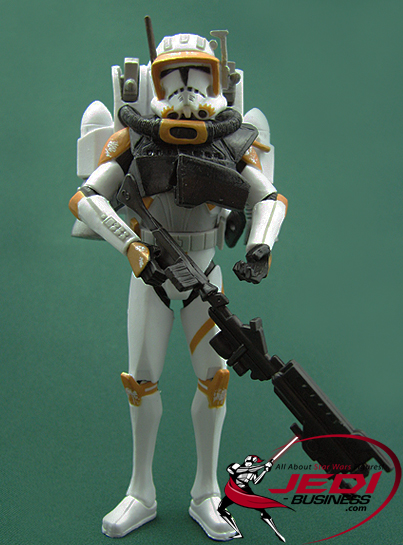