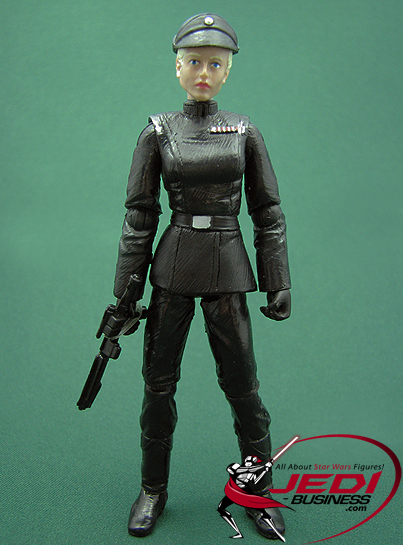 The figure is super articulated with 14 joints, including ball-joints in the neck, both shoulders, elbows, knees and ankles. There are swivel joints in the wrists, waist and legs. The figure is quite petite, but keeps its balance very well. The Imperial hat is easily removable and an overall good fit for Eclipse's head. The blaster doesn't fit well into the figure's right hand, but it's a good and tight fit in the left.

The paint application on Juno Eclipse is pretty straight forward with an all black Imperial uniform, blond hair and some lipstick. The eyes and eyebrows are painted very cleanly. The mold is done well, especially the head sculpt looks nice. The hair bun which Juno Eclipse has on the back of her head is quite small and should have probably been bigger. Overall, this super articulated Juno Eclipse figure is well done. Sure, the character might be more on the boring side, but fans of The Force Unleashed video game and storyline will very likely enjoy this figure. It also makes a fine addition to the under represented female officers in your Imperial Army.

Juno Eclipse is the Imperial captain of the Rogue Shadow. She is appointed by Darth Vader to pilot his Secret Apprentice throughout the galaxy. Haunted by a tragic past, Eclipse continues to serve the Empire loyally while secretly yearning for a new life. 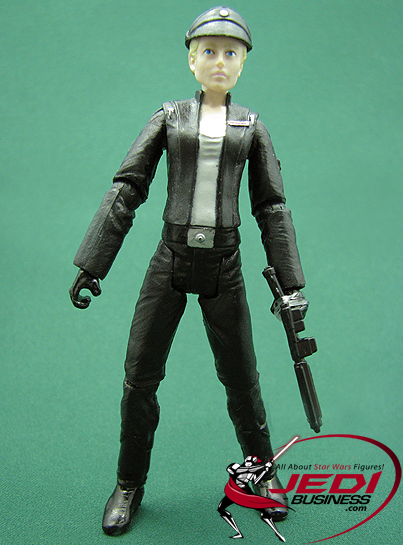