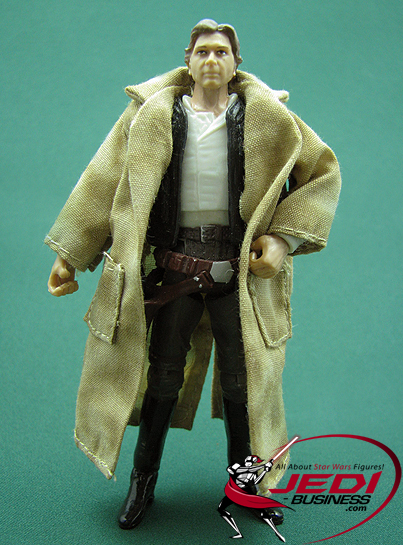 This Han Solo in Trench Coat was released individually carded on a vintage-style cardback during The SAGA Collection in 2006. Han Solo can be seen wearing this outfit in some of the Return Of The Jedi scenes on Endor.

Han Solo is super articulated with 14 joints, including ball-joints in the neck, shoulders, elbows, waist, knees and ankles. The only swivel joints are in the wrists and legs. The figure has no balancing issues and stands securely without a stand. Hasbro included a blaster, a trench coat and a removable hard-plastic vest with the figure. The blaster fits tightly into both of the figure's hands, and it fits well into the non-removable holster. The trench coat can easily be removed or put on, and what's great about it is the material. It's not one of those see-through kind of coats. And luckily, it's not quite as bulky as seen on some of the other Star Wars figures, but it might take a while until you get it to look to your liking. The vest can also be removed and is a good and tight fit.

The paint job on Han Solo is OK with cleanly painted clothes and the signature yellow stripes on both sides of the pants. The figure's sculpt is well done, especially Han Solo's head sculpt looks great! The only thing off on the figure is the overly bulky looking holster. Besides that though, Han Solo in Trench Coat is a well done and super articulated representation of everyone's favorite smuggler. 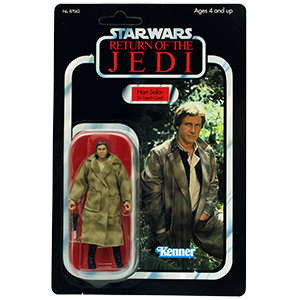 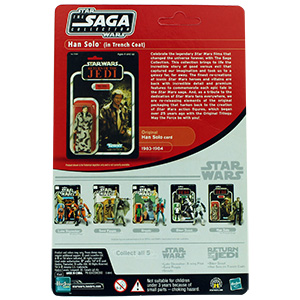