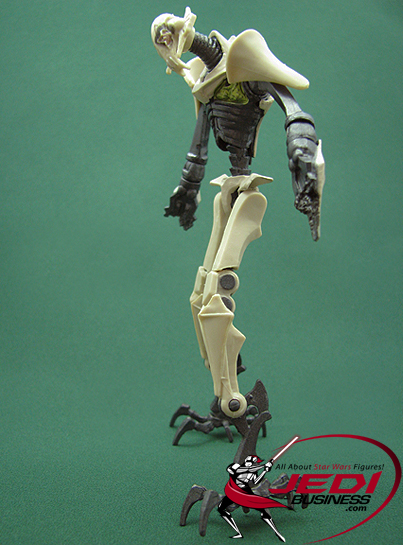 The figure is ultra articulated with 16 joints! There are ball-joints in the neck, shoulders, elbows, the waist, the hip, knees and ankles. The swivel joints are in both forearms and lower legs. Thanks to so many adjustable parts, it's quite easy to balance the figure out, even in a more dynamic pose wit the arms over the head. The feet don't have holes in them, so placing the figure on the included stand is not possible. Hasbro included 8 accessories/parts with the figure! There is an extra battle-damaged head, 2 lightsabers, 2 battle-damaged forearms, 2 removable shoulder plates and a removable chest armor piece. All the pieces fit or plug into the figure well, with the exception of both lightsabers. They just don't want to stay in the General's hands, and you might want to consider keeping the little plastic band in place once the figure is out of its packaging.

The paint application on the Battle Damaged General Grievous is overall pretty basic. The armor is kept in pristine condition without weathering, only the exchangeable battle-damaged head, and one of the battle-damaged forearms have burn marks. Aesthetically, the figure looks brilliant, and all the proportions and its height seem to be correct. On the down side, the plastic used on the figure seems to be very soft, and it'll be interesting to see how the figure holds up on display over time. And even though Hasbro included lots of accessories, some Grievous fans might be unhappy that there was no cloak, or a second set of arms included, so that the figure could be displayed with all 4 arms extended. However, all things considered, this ultra articulated Battle Damaged General Grievous turned out great! 16 points of articulation, well hidden joints, fantastic character likeness, and plenty of accessories make this figure a great addition to any Clone Wars collection!

Within his secret lair, General Grievous stores his spare cybernetic parts to replace any that become damaged. When two Jedi infiltrate his hideout, he relishes the opportunity to duel them for their lightsabers. Injured during battle, Grievous temporarily retreats to be repaired by his medical droid. 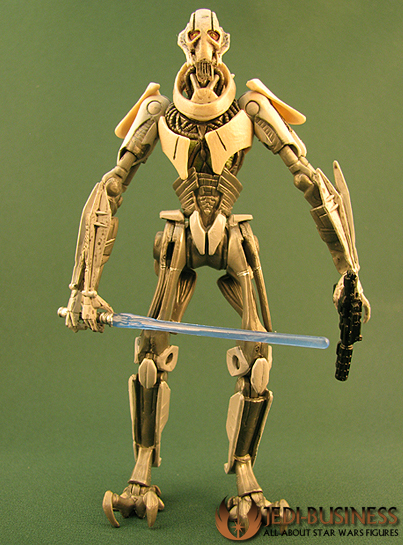 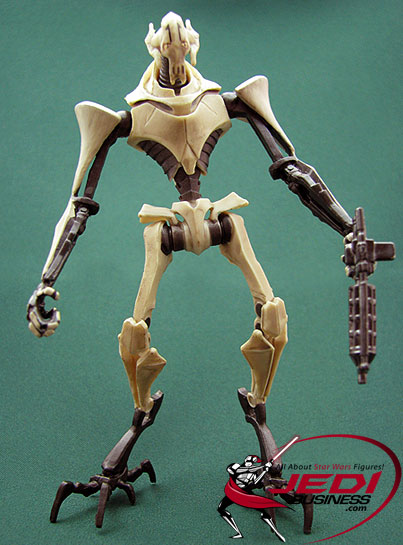 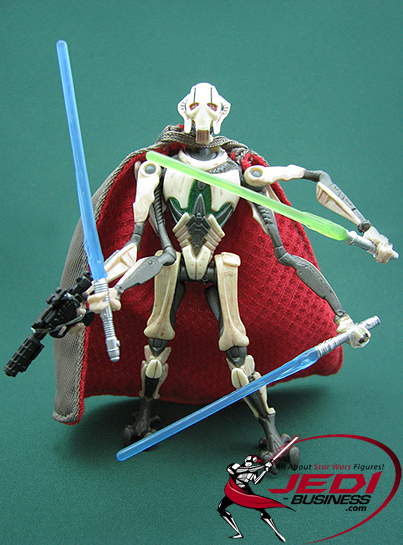 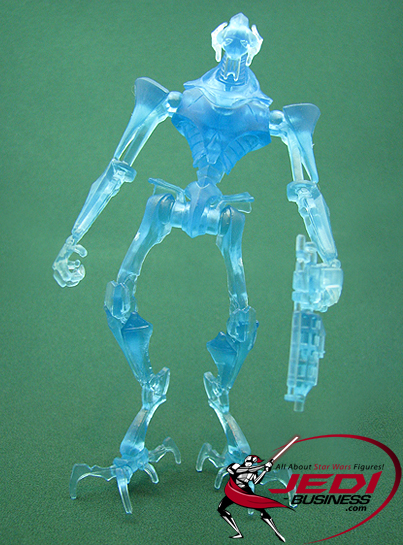 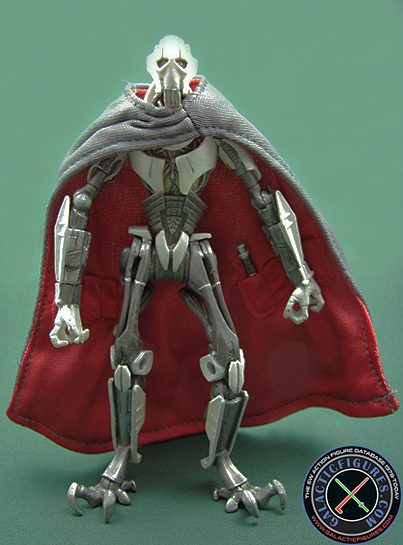 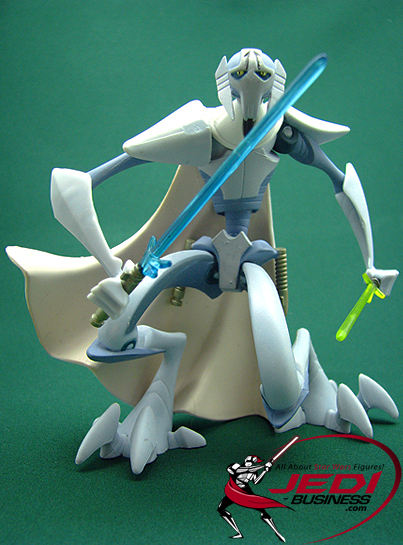