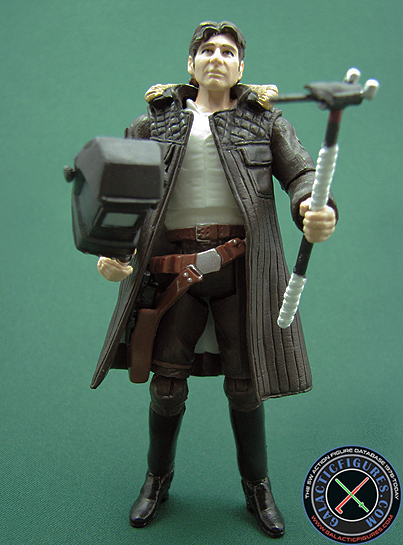 This Han Solo in Echo Base Outfit was released individually carded in The Vintage Collection in August 2010. Han Solo in this specific outfit can be seen very briefly in the Hoth Rebel Hangar on top of the Millennium Falcon in the The Empire Strikes Back.

Hasbro made Han Solo super articulated with 14 joints including a ball-jointed neck, ball-jointed shoulders, ball-jointed elbows, a ball-jointed waist, knees and ankles. The only swivel joints are in both wrists and the hips. Han stands quite nicely on his own despite pretty skinny legs. The blaster, the welding mask and torch fit very well into the figure's hands. The blaster is also a good fit for the unfortunately quite bulky holster. Han Solo's coat is removable, but without it the figure looks off because the sleeves are painted on the arms and not part of the actual coat.

The paint application on Han Solo Echo Base Outfit is cleanly applied and matches the on-screen counterpart. The coat was given a dark brown color, and it appears as if the patterns on it match the movie version very well. Unfortunately Hasbro missed to add the rank badges on the left chest. Aesthetically, the figure looks nice, especially the head sculpt looks from the side just like Harrison Ford back in the days. Displeasing is the bulky holster, and a coat which has no sleeves attached, but since you very likely will keep the coat on the figure, both of these annoyances don't carry too much weight. All in all, it's a Han Solo figure based on a specific scene in Empire which has never been done before, and this alone should make it attractive enough for collectors wanting to add it to the collection, despite some shortcomings. 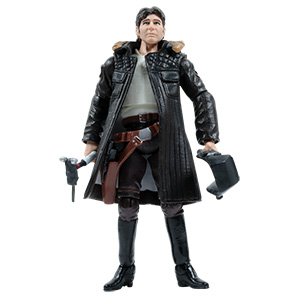 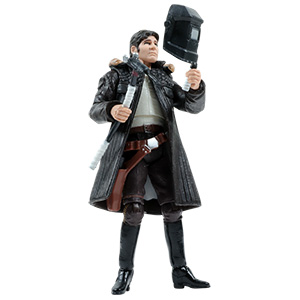 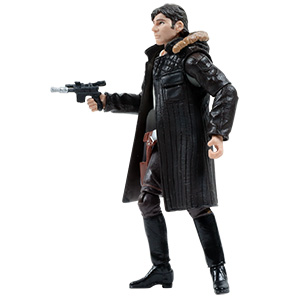 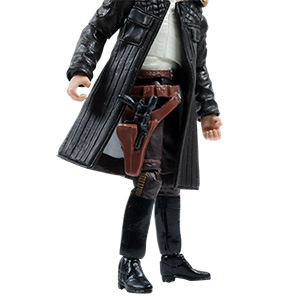