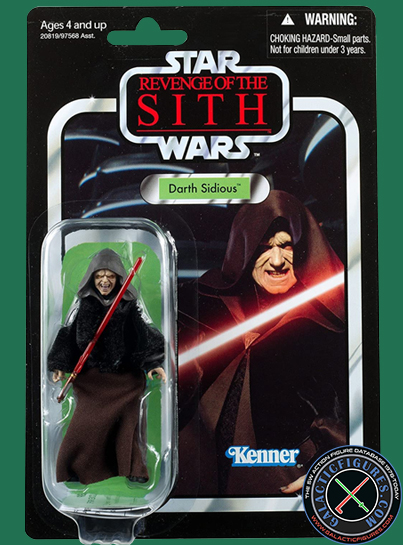 This Palpatine, a.k.a. Darth Sidious action figure was released individually carded during The Vintage Collection in early September 2010. The figure is based on Darth Sidious' appearance in Revenge Of The Sith.

Sidious is super articulated with 14 joints including ball-joints in the neck, shoulders, elbows, knees and ankles. The wrists, the waist and both hips are swivel jointed. Thanks to adjustable knees and ankles the figure stands very nicely by itself without any balancing issues, even in more dynamic poses. Hasbro included Darth Sidious' red lightsaber, blue force-lightning, a removable hood, a removable black soft-goods vest, and a removable brown soft-goods skirt. The lightsaber fits very well into both of the figure's hands, and even though the hood sits loosely on top of the head, it looks good. The force-lightning attaches to the left hand the best from the bottom, where it wraps around the sleeve. Unfortunately it fits only very loosely and is likely to come off when the figure is moved. The somewhat shiny black vest along with the brown skirt fit well overall.

The paint application on Darth Sidious is overall very simple with a brown skirt, a black vest and a gray hood, however the face is painted extremely well and adds an extra evil look to the figure. The figure's sculpt is well done, mimicking the character's appearance from Revenge Of The Sith closely, and with 14 points of articulation, it's possible to put Sidious in almost any "dueling" position. The black vest feels a little fluffy (and shiny), but overall this Darth Sidious figure turned out very nicely, and can easily be recommended. 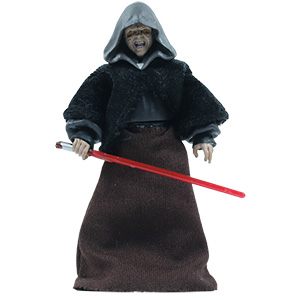 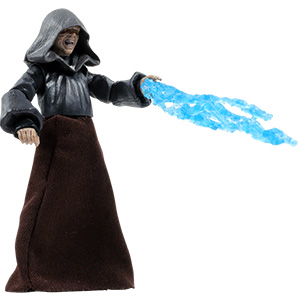 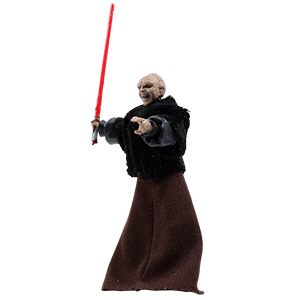 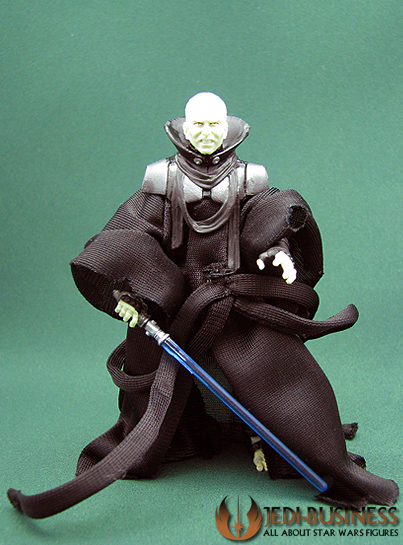 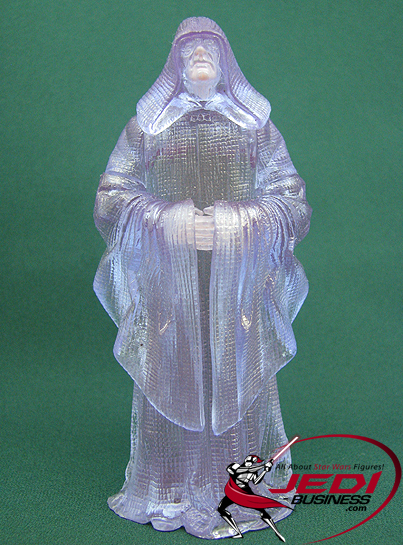 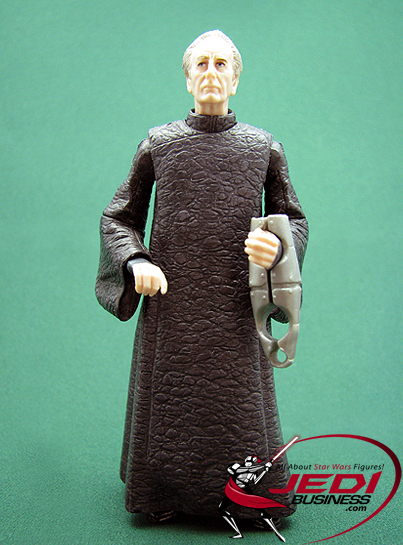 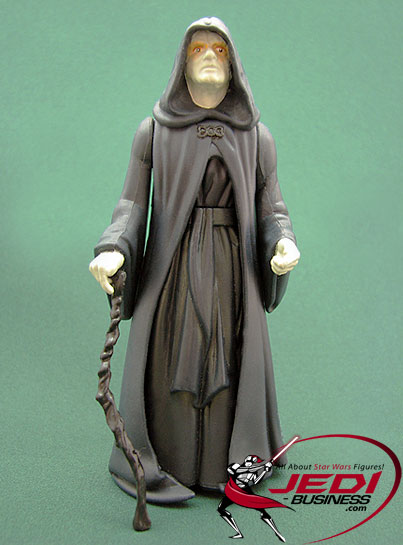 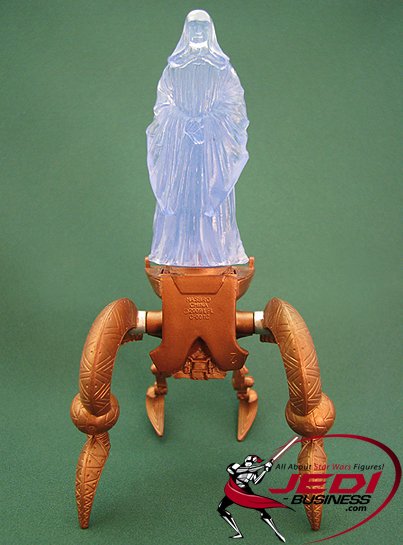 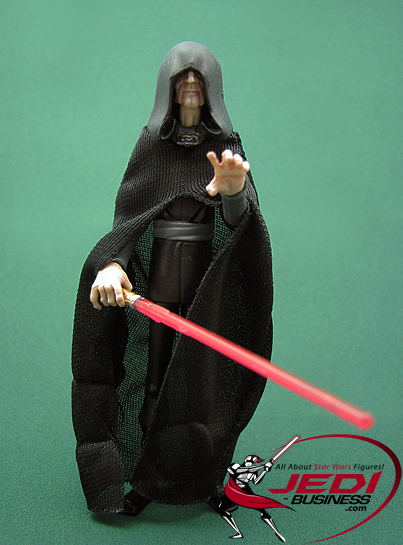