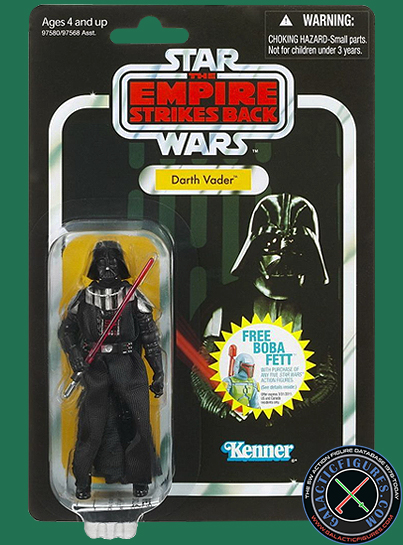 This Darth Vader was released individually carded during The Vintage Collection in August 2010. The figure is based on Vader's appearance in The Empire Strikes Back and The Return Of The Jedi.

Vader is a re-release of the Legacy Collection Darth Vader from 2008, but instead of a 2-piece helmet, the figure has now a 3-piece helmet (like in the movie). Another change is that the cape can now be removed. Darth is super articulated with 14 joints, including ball-joints in both shoulders, elbows, knees and ankles. The neck, forearms, waist and both legs are swivel jointed. Thanks to adjustable knees and ankles, the figure stands quite well on its own. Hasbro included Vader's red lightsaber and his 3-piece helmet with the figure. The saber is a good fit for the left hand, but the right hand is open too wide, and can't hold the saber. The 3-piece helmet fits remarkably well and closes the gap between the collar and the face mask pretty well. And even though the helmet fits, it sits quite loosely on top of the head. The soft-goods cape is ok and fits, but it has a mind of its own and just doesn't want to stay in place well. It's also made out of a very thin material, and once light shines from behind the figure, it's possible to see through it.

The paint application on Darth Vader is decently applied, with the only negative being the shoulder bells, which are just not painted very cleanly. The scars in the face also look a bit too big. The grayish/bluish paint on the head is up for discussion, as it at first looks off, but compared with the screen shots in Jedi the lighting seem to indeed make the head appear grayish in color. The figure's likeness is great, and aesthetically this little action figure looks just like Darth Vader. What's annoying about this version of Vader is that the figure feels as if it is just about to fall apart. The saber doesn't fit too well, the helmet fits only very loosely, and the cape doesn't want to stay in place well. It all just feels a bit shaky. Overall, if you don't have enough Darth Vader action figures yet, then this version is a decent alternative as it looks nice on display. If you are looking for a definite version of the Sith Lord, then this one isn't it. 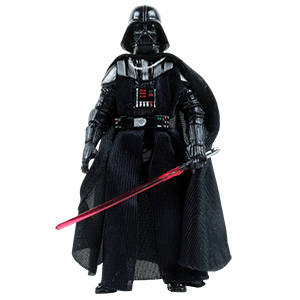 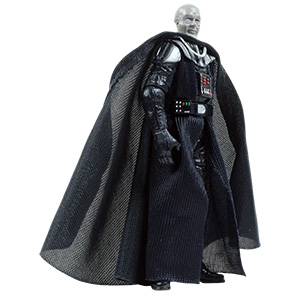 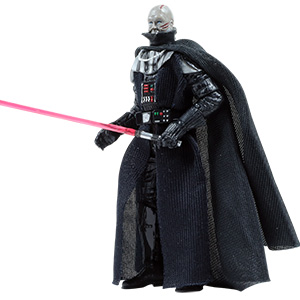 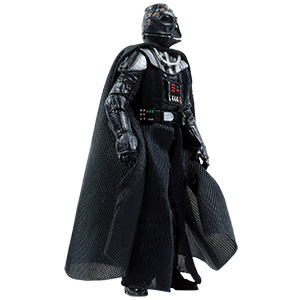 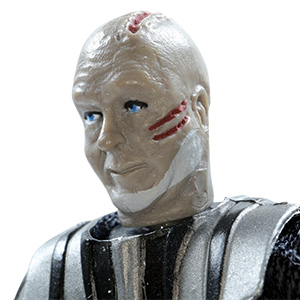 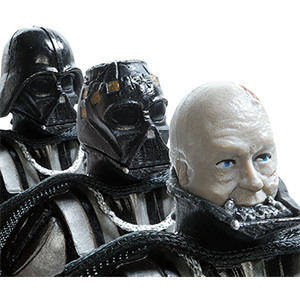