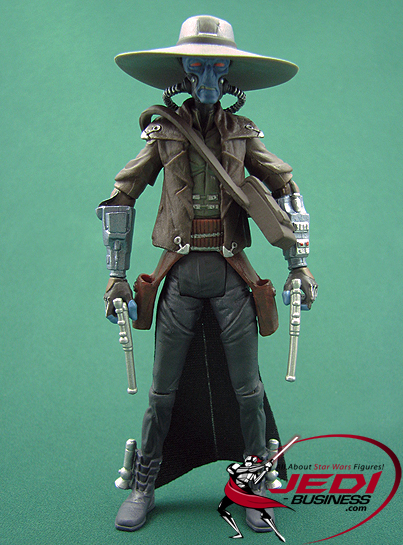 Bounty Hunter Cad Bane was released individually carded during the Clone Wars Collection in late January 2011. Bundled together with Bane was his techno-service droid Todo 360. Cad Bane can be seen in various Clone Wars episodes.

Just like the previously released Cad Bane with Speeder Bike, the figure has 12 joints missing articulated ankles. The neck, both shoulders and elbows, together with the knees are ball-jointed. The wrists, the waist and both legs are swivel jointed. Unfortunately, Bane stands a little shaky on his feet and you'll likely need the included stand for more balance. However, the legs are made out of very soft plastic, so you can pull them sideways a little, which widens the stance, and also adds more balance to the figure. Hasbro included a hat, two blasters, a removable vest, and a satchel with the figure. The satchel can easily be put over Bane's head, and the blasters fit well into their holsters. Unfortunately, both blasters fit only OK into Cad Bane's hands, and it might take a while for you to get them to stay, and look good. The sleeveless vest is removable, but it looks odd when it's off because the sleeves are painted onto the figure and don't have the same color as the shirt underneath.

The paint application on Cad Bane is done well, but where this figure shines is in the detailed sculpt. The head for example is almost twice as tall as the one found on the Cad Bane with Speeder Bike, which helps to keep the hat on the head much better. The angry, teeth-showing face expression is very nicely done as well. Despite some shortcomings, Cad Bane turned out nicely, and looks pretty cool on display!

Cad Bane and Todo 360 sneak inside the Jedi Temple. Bane has a well-deserved reputation as a ruthless bounty hunter. He is hired by Darth Sidious to steal a Jedi holocron. He and his techno-service droid gain access to the building and break into the well-guarded holocron library. 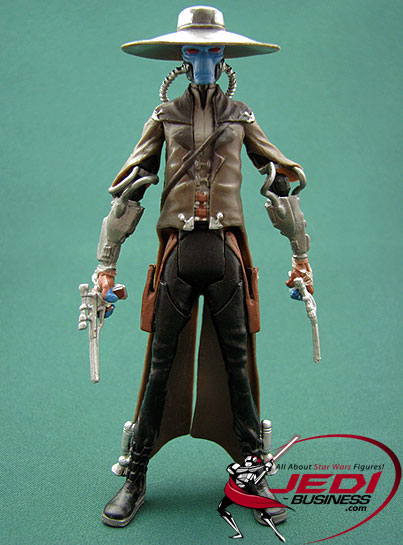 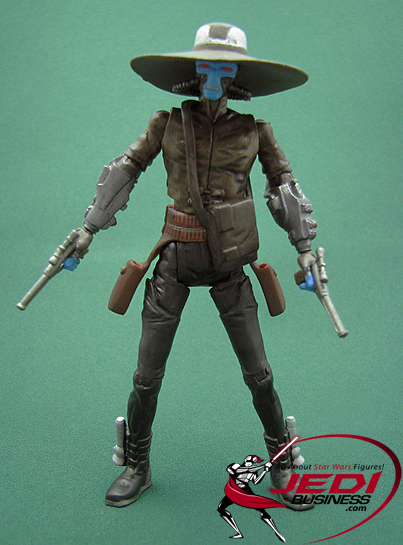 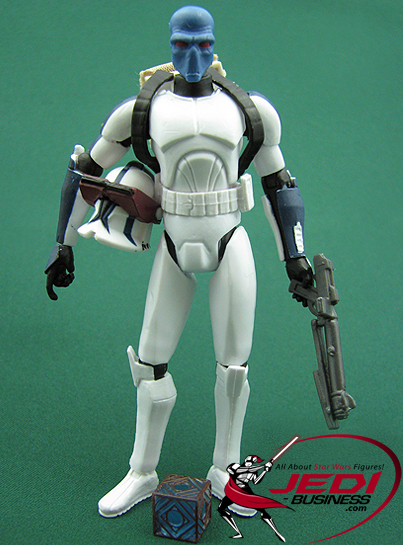 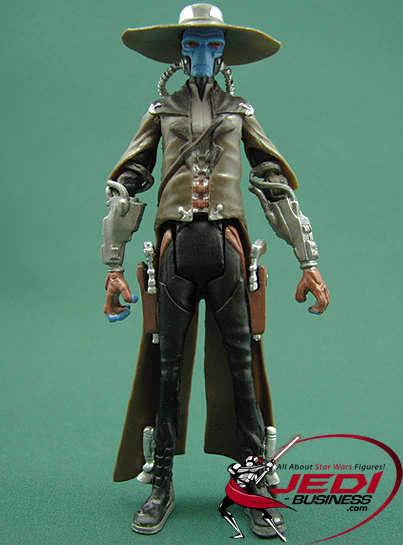 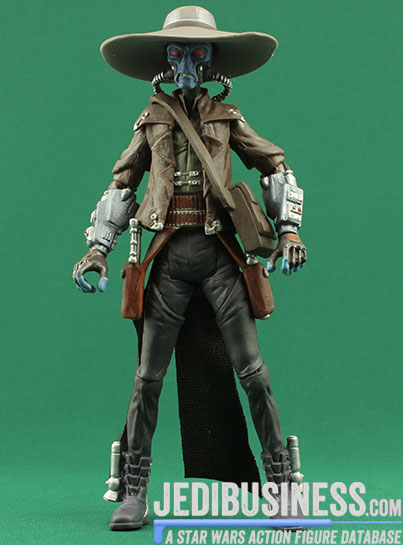