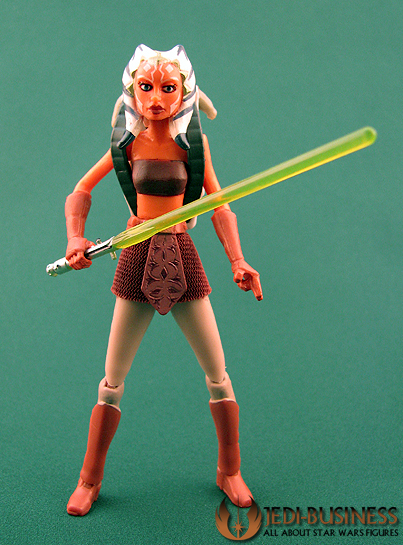 This is the first Ahsoka Tano action figure released by Hasbro. It's hard to tell whether the figure has the correct scale or not, but it does feel a little bit too tall. The overall look is great and it comes very close to what the character looks like in the animated Clone Wars show. Hasbro included Rotta The Hutt and a backpack, which can be attached to Ashoka, or any other figure. Ahsoka's paint job is great, and the only problem with the figure is that the arms and legs are very thin, so thin that there was no room for any elbow joints. It's a nice looking figure, but due to the petite appearance the figure can barely stand by itself.

AnakinGÇÖs padawan Ahsoka both amuses and exasperates her master with her plucky attitude and impertinent comments. She is tasked with keeping JabbaGÇÖs son safe as she and Anakin try to escape their attackers. She affectionately nicknames the child GÇ£StinkyGÇ¥ because of his odor, the characteristic stench given off by the Hutt species. 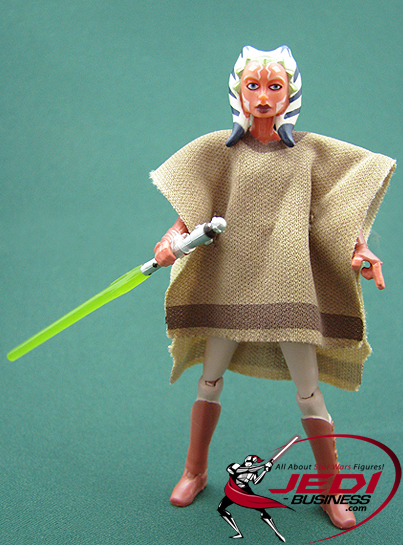 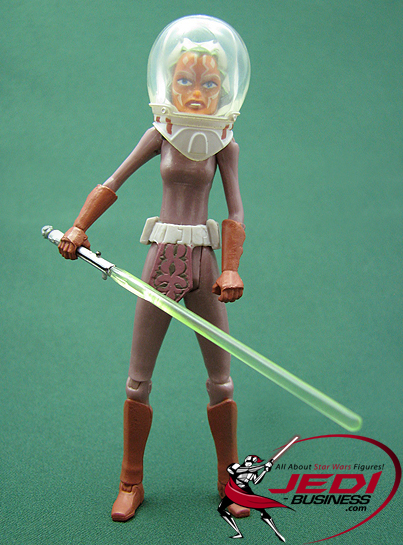 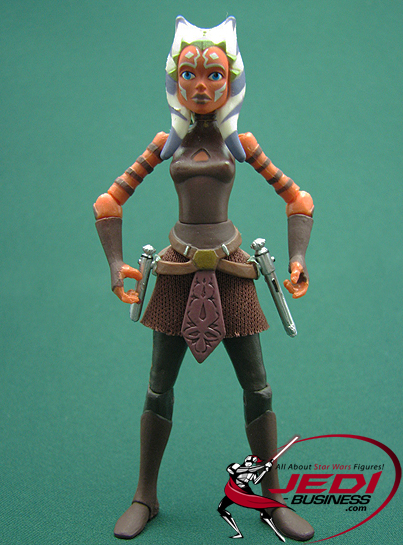 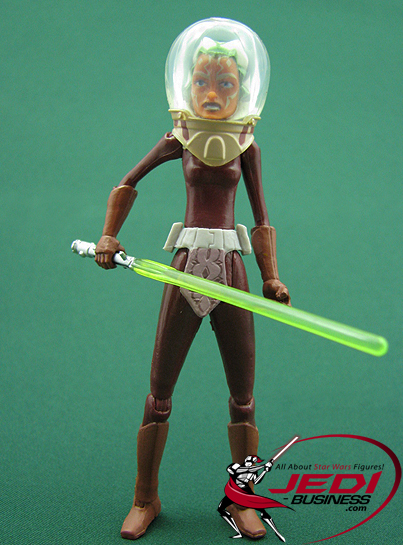 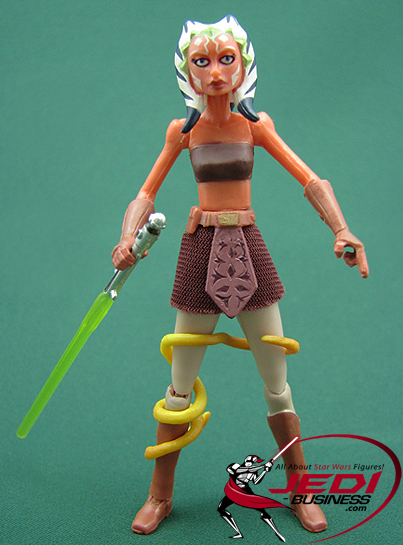 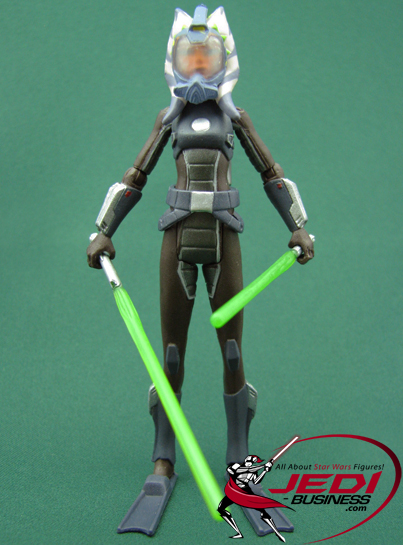