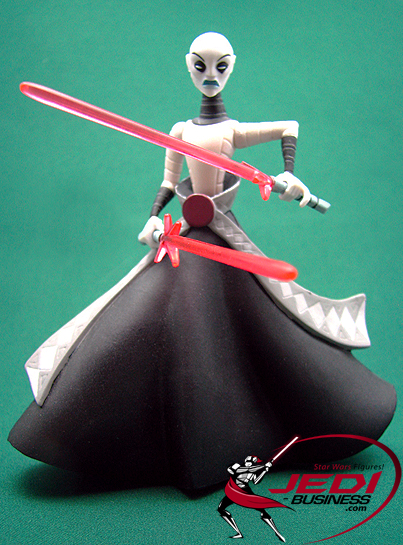 The first ever animated-style Asajj Ventress was released in late 2003 individually carded. In 2005, the Sith witch was re-released again, once individually carded, and once part of the Sith Attack 3-pack, which also included Durge and General Grievous. The figure is based on Asajj Ventress' appearance in the Genndy Tartakovsky Clone Wars TV show.

Asajj Ventress has 4 swivel joints, including a ball-jointed neck, 2 swivel arms and a swivel waist. Despite only 4 joints, the figure doesn't feel quite as static as some of the other cartoon-style clone wars figures in the series. The two red lightsabers included fit well into the small hands. The wide plastic skirt is part of the figure and can't be adjusted or removed.

The paint application on Asajj Ventress is done OK, but feels quite basic. The figure is sculpted quite well, but with only 4 joints, the figure is more a statue than an action figure. All in all, it's a unique enough release of one of the coolest characters from outside the movies. Like with all the Clone Wars figures in the Tartakovsky Clone Wars series though, this version of the Sith witch Asajj Ventress was clearly made for kids. 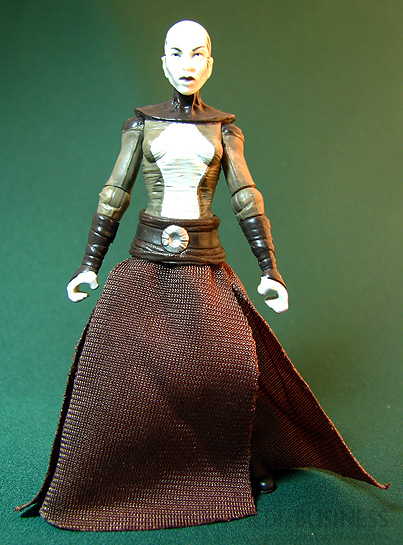 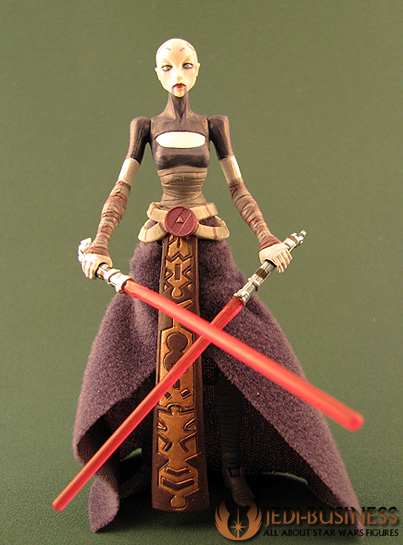 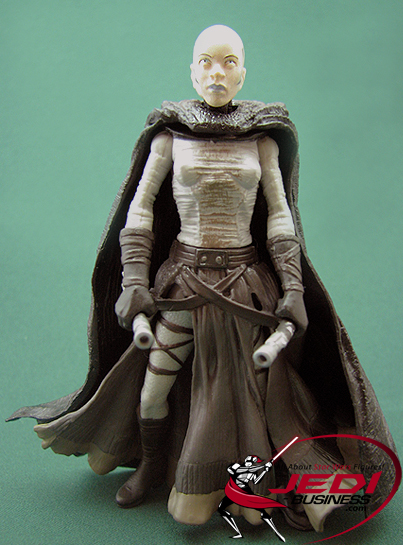 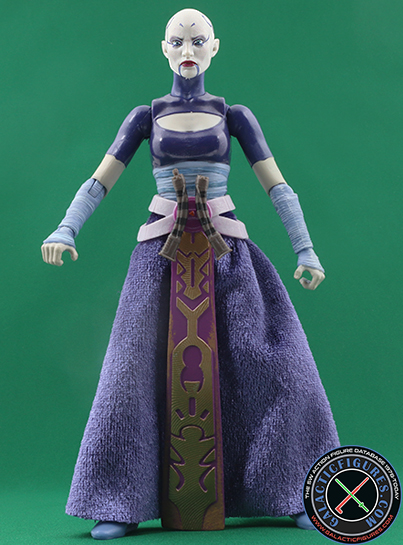