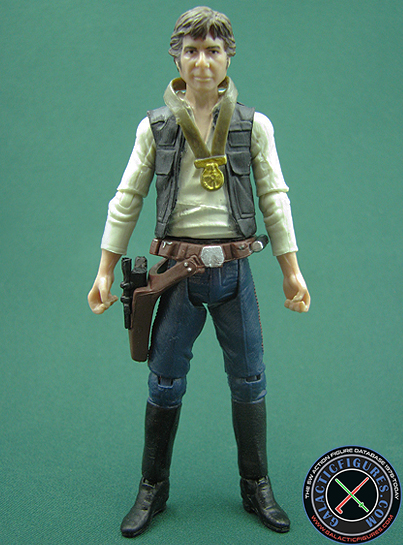 This Han Solo,Yavin Ceremony was released individually carded during the Vintage Collection in February 2011. The figure and its packaging is based on Han Solo's appearance at the end of the original Star Wars movie, when he wore the medal of Yavin.

The figure has 14 points of articulation, including ball-joints in the neck, shoulders, elbows, the knees and ankles. The wrists, the waist and both legs are swivel jointed. Han Solo balances out quite well by himself without the need for a display stand. The included blaster fits well into both hands and won't fall out when you reposition the figure. It's also a very good fit for the holster. The only other accessory included was a medal of Yavin, which is made out of very, very soft plastic, but fits easily over Han Solo's head.

The paint job is done well, no complaints there. The off-white on the shirt looks good and the facial area is painted cleanly as well. The figure's sculpt is hit and miss. The overall appearance looks nice, but the head sculpt just doesn't feel right. It seems to match Harrison Ford much better when looked at from a side angle. The biggest problem this figure has is the shirt, which is sculpted "open" at the top, even though Han Solo wore a shirt during the ceremony, which was closed all the way up to his neck. This is a pretty obvious detail which Hasbro should have caught during their planning phase (and really, it takes less than 5 minutes to pop-in the movie and look at that scene). So, our verdict is that we think it's great that Han Solo is super articulated, but the somewhat off-looking head sculpt and the mistake with the shirt prevent this version to be a top-notch figure. 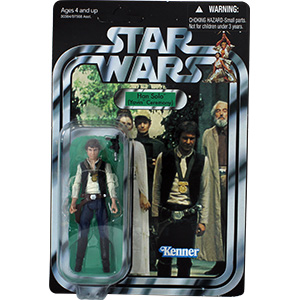 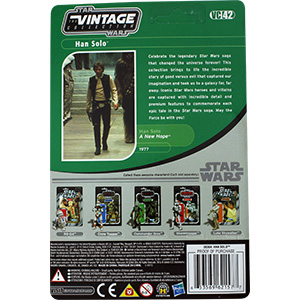 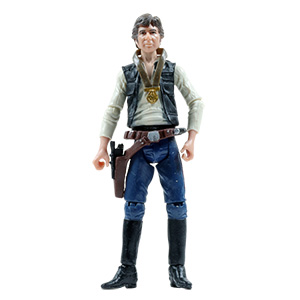 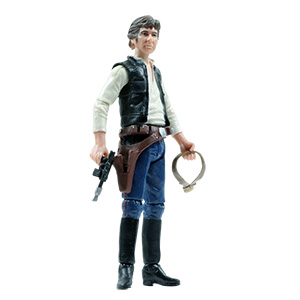