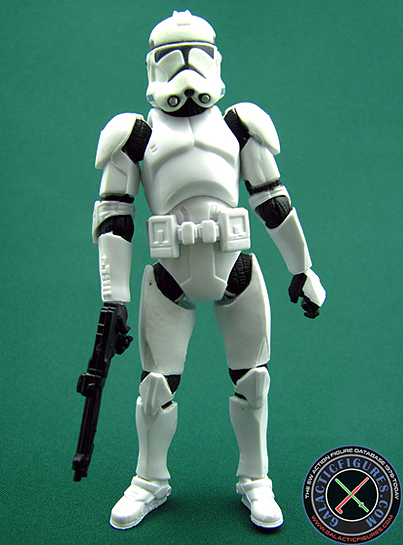 This Clone Trooper was released individually carded during The Vintage Collection in Fall 2010. The figure is based on the Clone Trooper design for Revenge Of The Sith, where these Clone Troopers appear only very briefly at the beginning during the Battle Of Coruscant, and later as an escort for Yoda, Obi-Wan and Mace Windu on board a Gunship.

The figure pictured here is the second version, which was corrected by Hasbro with stripes on the sides of the helmet, including the black stripe above the visor.

The figure is super articulated with 14 joints, including ball-joints in the neck, shoulders, elbows, the waist, the hips, knees and ankles. The only swivel joints are in both wrists. The trooper has a decent stance and with a little bit of patience you should be able to get him to stand safely without additional support from a stand. The included helmet covers the head OK, but there is still a tiny gap under the chin area where the chin is peeking out. However, if you look straight at the figure, this is not an issue. The blaster is a good fit for both of the Clone Troopers' hands.

The paint application on the Clone is very simple with an all white armor and black on the "body suit". The helmet seems to have a slightly off white color to it, which doesn't match the white armor. It's not noticeable on display, only when taken a closer look. The sculpt is nice overall and represents the character quite well. All in all, this super articulated Clone Trooper based on Episode 3 is a nice figure, and a good option if you are looking for an all white Episode 3 Clone Trooper with ball-jointed hips. 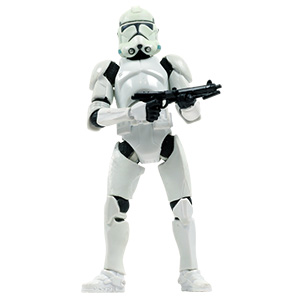 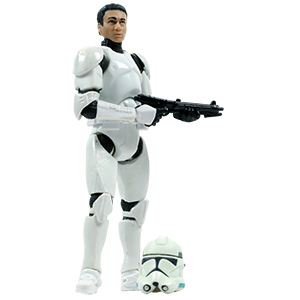 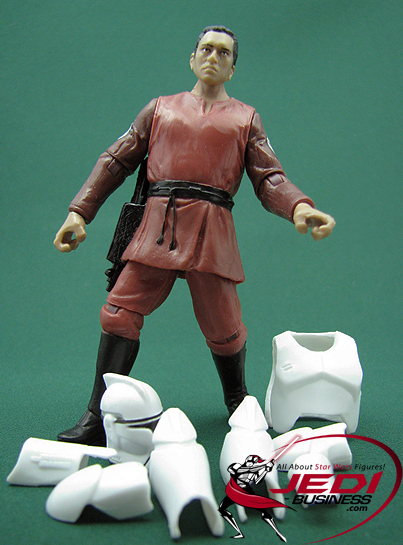