Super Battle Droid (Attack Of The Clones) The Vintage Collection #37, 2011 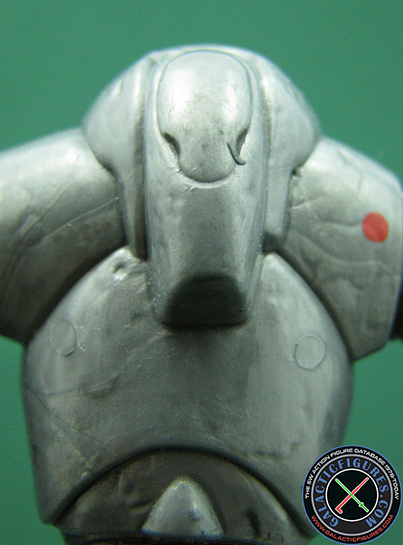 This Super Battle Droid has seen several releases over the years (e.g. Super Battle Droid in Geonosis Arena Showdown 2-pack). The droid has 9 joints, including 2 ball-jointed shoulders, 2 ball-jointed elbows, a ball-jointed waist, 2 ball-jointed legs and 2 swivel knees. The figure doesn't have articulated ankles, but the droid keeps its balance quite well nonetheless. Super Battle Droids have their weapons build into the forearms, hence they don't require a blaster. However, Hasbro included one with this droid, to enhance the value. The blaster fits very, very tightly into both of the droid's hands. There are no removable panels or other gadgets on the droid. 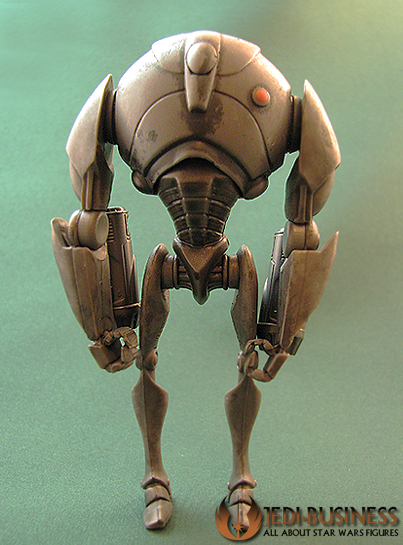 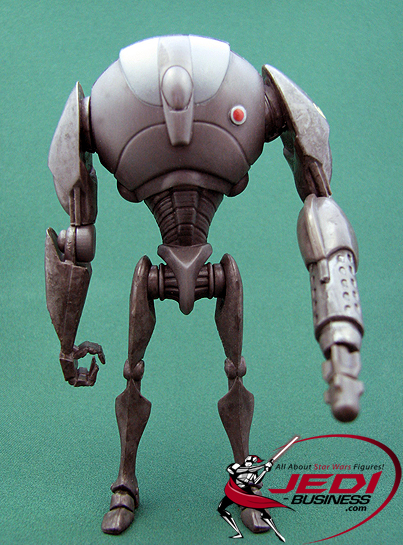 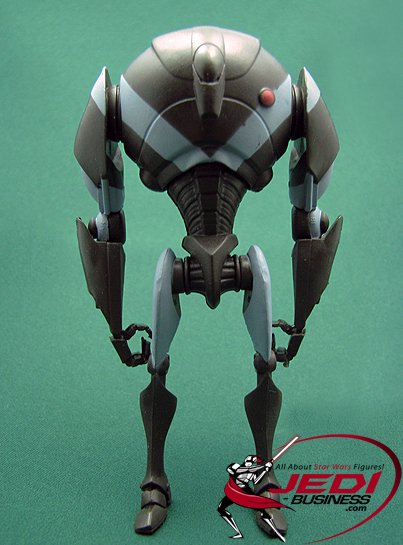 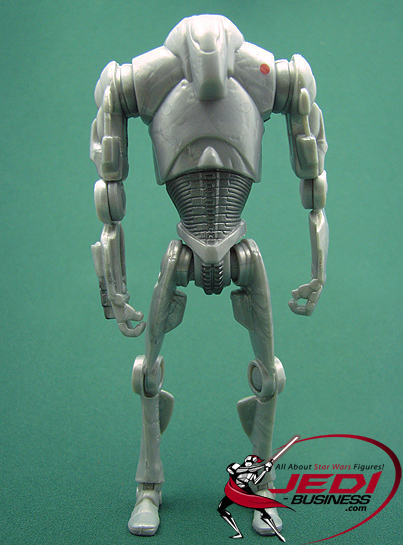 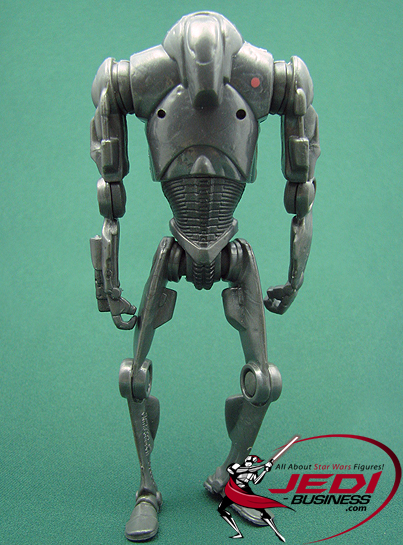 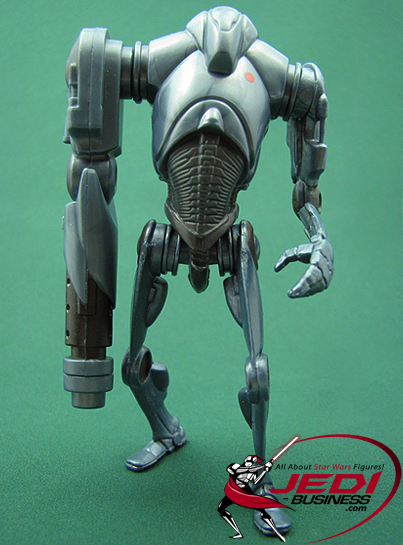