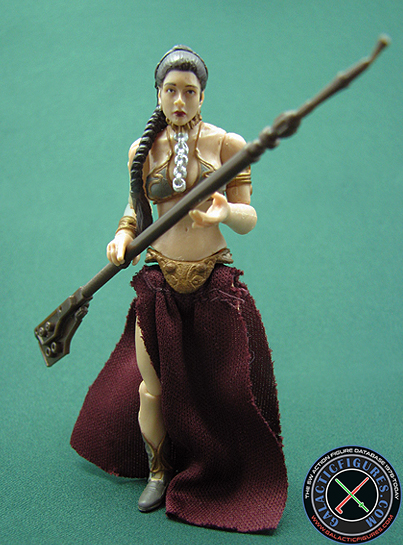 This Princess Leia in Slave Outfit was released in Fall of 2011 as part of the basic figure assortment from The Vintage Collection. Leia can be seen wearing the Slave Outfit in Jabba's Palace and on the sail barge.

This figure is a re-release of The Legacy Collection Princess Leia in Slave Outfit. However, this time the second pair of legs is not included.

Slave Leia has 15 points of articulation, with Leia's middle section having a ball-jointed upper torso, and a swivel waist. The only other swivel joints besides in the waist are in both legs, all other points of articulation are ball-jointed. The figure is quite petite, and even though there is articulation in both knees and ankles, it stands a little shaky on both feet. The slightly over-sized glass can be held by the right hand pretty well, but it's not a good fit for the left hand. The same goes for the Force Pike. Unfortunately, Hasbro decided to not include the second pair of legs, which takes away the possibility to display the figure based on a different movie scene. The soft-goods skirt and the belt are removable. You can also pop the head off in order to remove the chain from around the neck.

Leia's paint application is cleanly applied with no smudges or paint errors. There is no weathering or any kind of dirt to be found on the boots. Leia's head sculpt is nicely detailed, and looks pretty close to what Carrie Fisher looked like in Return Of The Jedi. Hasbro certainly tried to please collectors with this release. Not only is this Princess Leia figure ultra-articulated with 15 joints, but releasing it on a vintage-style cardback is something that has been on fan's wish lists for a very long time. Aesthetically, the joints in the upper body aren't too pleasing, but it adds the possibility to pose Leia in a fighting or neutral position. All in all, this Slave Leia is the best version of the Princess in her famous Slave Outfit that Hasbro has released as of 2011/2012, and if you are a fan of the princess, you'll probably want to add this figure to your collection! 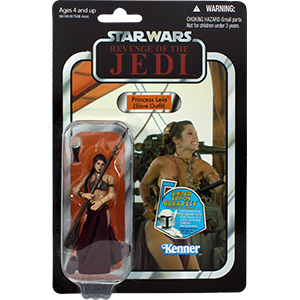 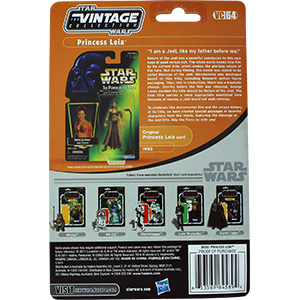 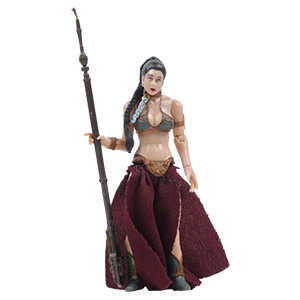 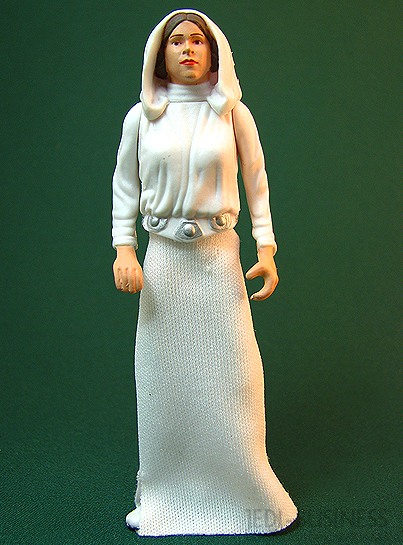 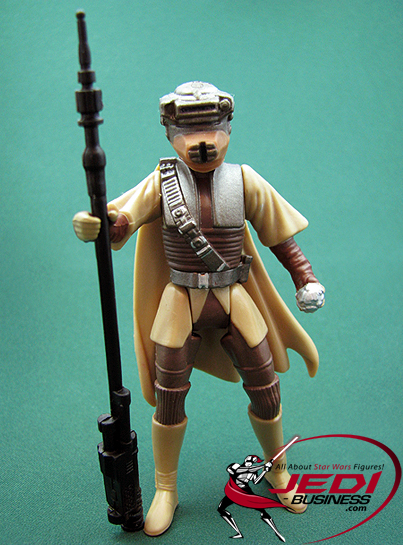 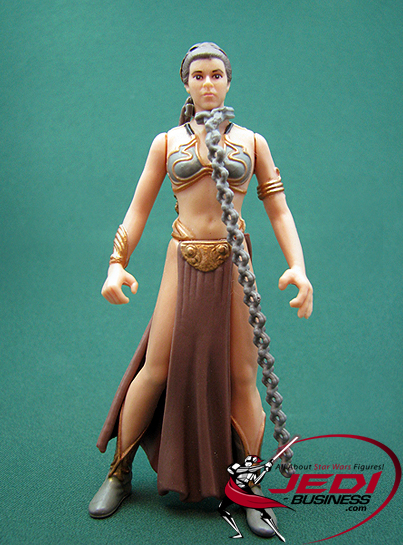 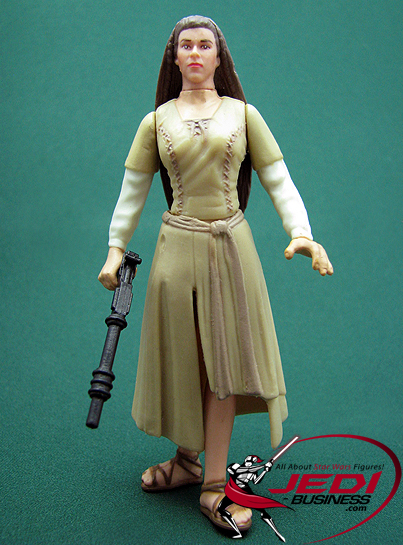 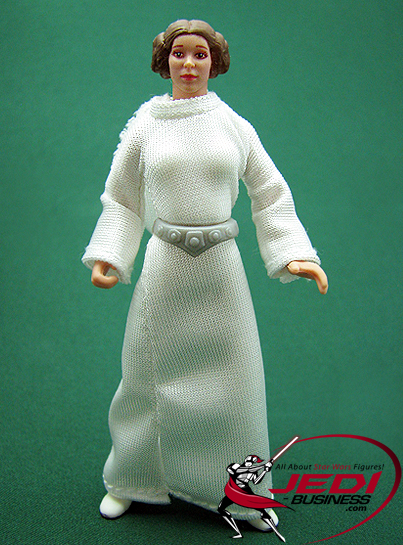 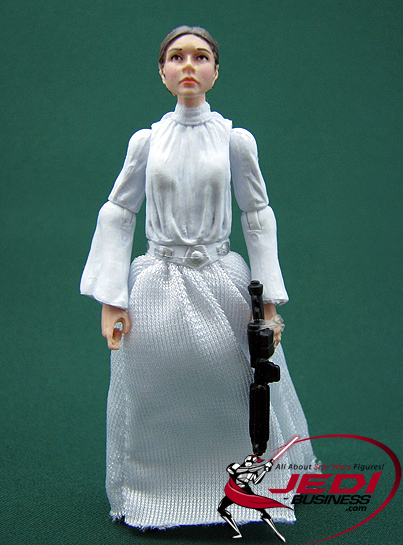