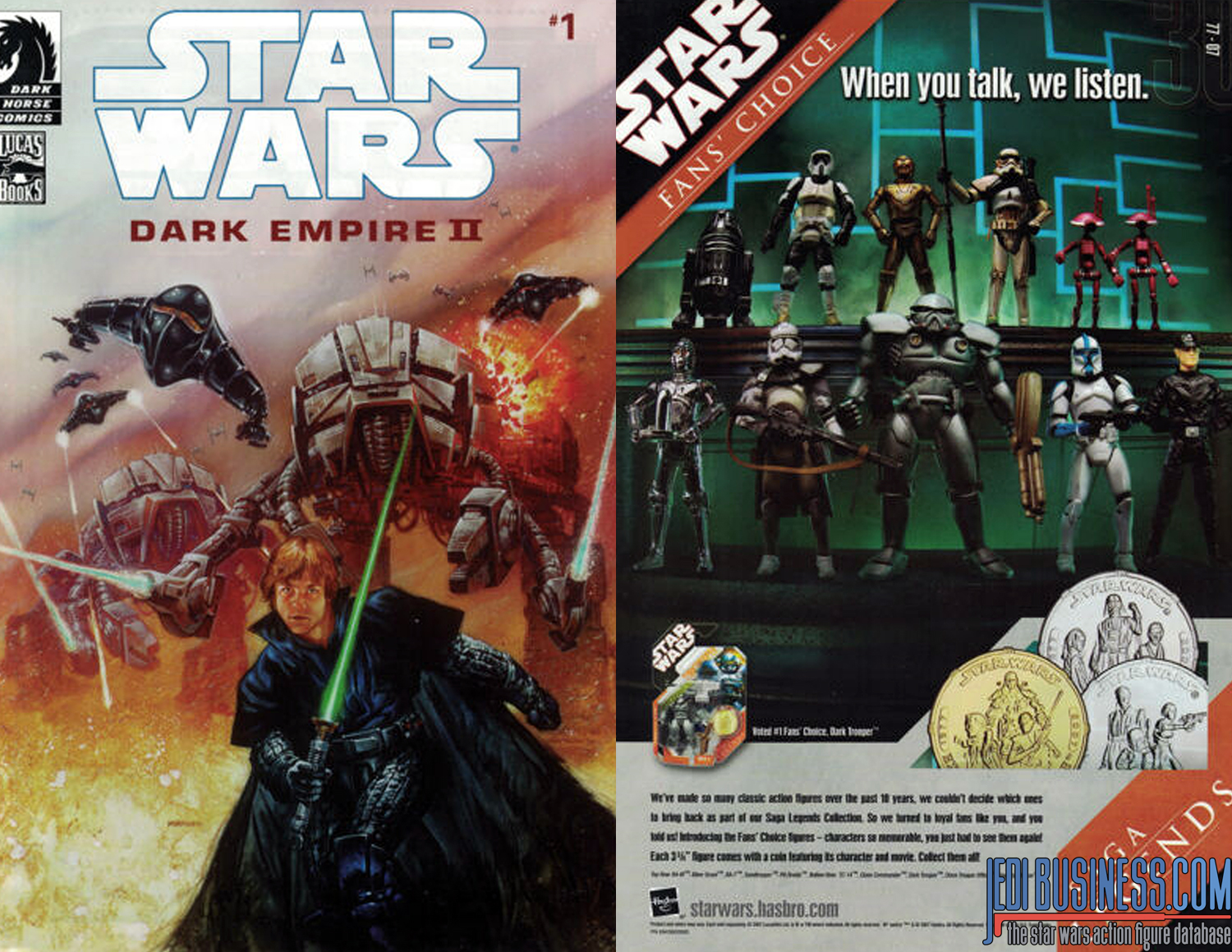 This Luke Skywalker action figure is based on the Dark Empire II comic book series. In these comics, Luke Skywalker turns evil and joins a clone version of Emperor Palpatine. In the end, the new Empire is defeated and Luke turns back to the light side of the force. This Luke figure was released during The Legacy Collection in 2008. The figure is super articulated and has a removable hard-plastic cloak, Luke can stand securely by himself without the help of stand, and the lightsaber fits perfectly into both of his hands. The face sculpt shows a more mature, older Luke, which is what you'd expect since the comic book timeline is set to after Return of the Jedi. The only critique is that the cloak is a bit bulky and Luke Skywalker's legs are a bit too far apart from each other, which gives the figure a more dynamic, action oriented flair. Overall though, the figure represents the drawn comic book character quite well and it will please Star Wars comic book fans everywhere.

Luke Skywalker has discovered the existence of another Jedi, helping him further his goal of reestablishing the Jedi Knights. While he makes plans to go to Ossus to locate important Jedi artifacts, Emperor Palpatine is reborn again in the body of another clone, and he makes immediate plans to crush the Alliance and the fledgling Jedi Knights. 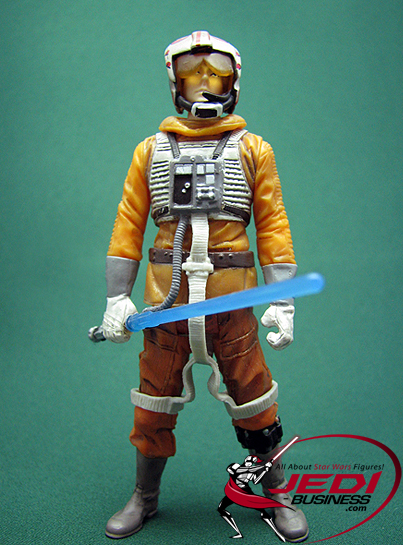