A Vintage Collection Figure - So Rare - You Will Never Own It!

In 2010 for Star Wars Celebration V TV talk show host, and host of The Daily Show, Jon Stewart interviewed George Lucas on stage. Jon Stewart, who is a huge Star Wars fan, was presented a custom-made Star Wars figure of himself in Stormtrooper disguise. The Stewart Trooper was brought out on stage by R2-D2 and given to Jon Stewart by George Lucas himself during the interview.

The 3.75" figure came on a vintage Kenner-style blister card with the Empire Strikes Back logo on it. Hasbro included two unique head sculpts with the figure, one with Stewart's clean-shaven face and the other with a shaved salt-and-pepper goatee. A removable Stormtrooper helmet was also included along with a traditional E-11 Stormtrooper blaster. 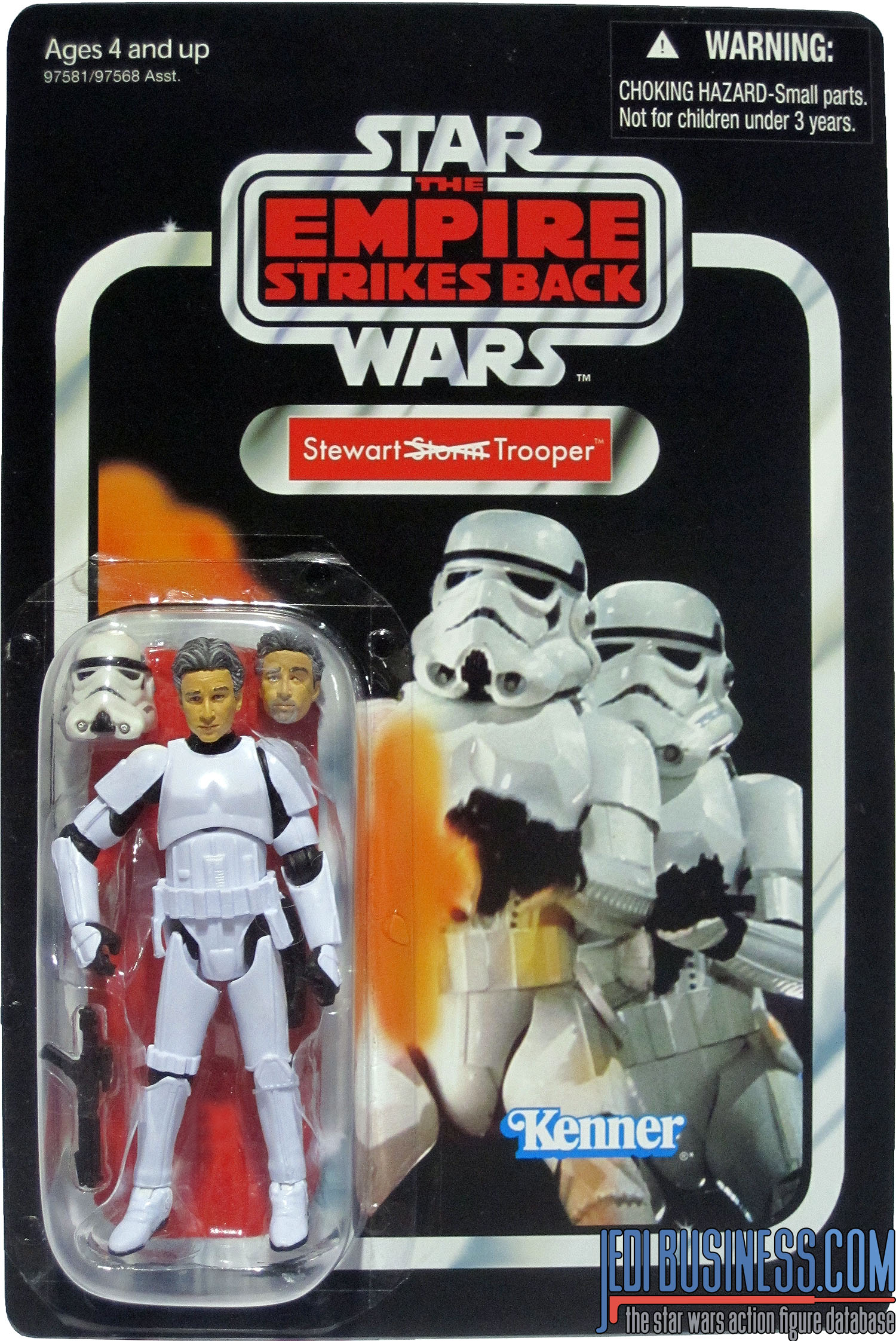 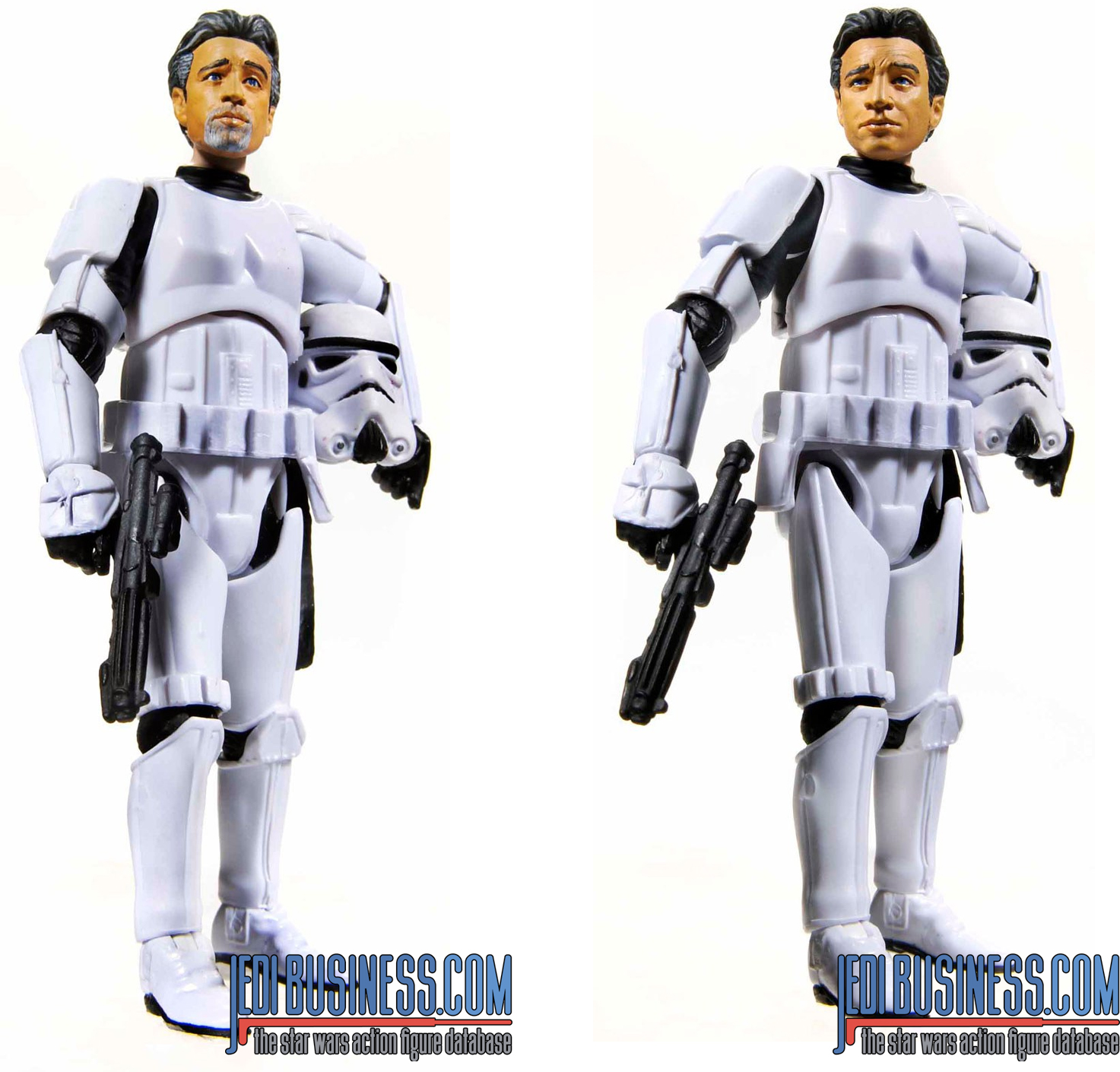