A Welcome Change To The Vintage Collection

When the 3 3/4" Star Wars: The Vintage Collection action figure line launched in 2010 each figure featured the logo on the packaging from which media it was from. Figures from The Empire Strikes Back featured the Empire Strikes Back logo on it, figures from Return Of The Jedi featured the Return Of The Jedi logo on it etc... and figures which fell outside the storytelling in movies and animated shows were labeled with Expanded Universe.

Characters like Doctor Aphra (based on comic books), Hondo Ohnaka (based on Galaxy's Edge) or several other Gaming Greats figures which have been released since 2018 should have featured their respective logos on the packaging to reflect the media entertainment they are from, but they all used the STAR WARS logo. Until now.

This morning's reveals showed a course correction from Lucasfilm and they are now using the proper entertainment logo on Hasbro's Vintage Collection as you can see below for Star Wars: Battlefront II. On the left you can see the Battle Droid which was released earlier in 2021 and on the right you can see the updated logo for the ARC Trooper which will be released in 2022. This is a welcomed change and places the appropriate logo with the figure. 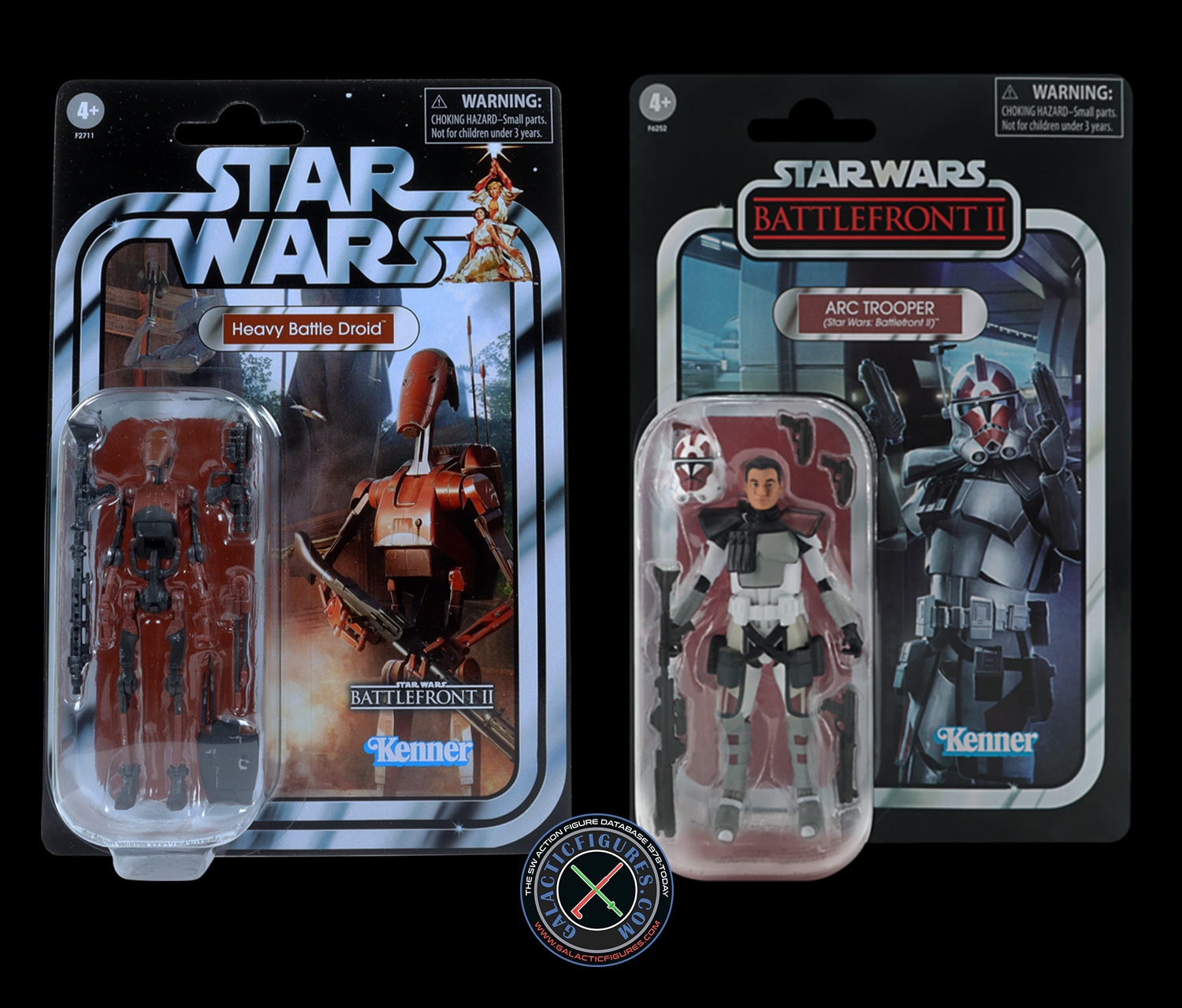