Gamestop.com announced that a new Star Wars: Battlefront II Elite Trooper Deluxe Figure Bundle, which will include the game and the Black Series Inferno Squadron Pilot figure in one set, it will cost $102.99.

In addition to the bundle, the 6" The Black Series action figure of the Inferno Squadron Pilot, which is based on the game and featured on the video game's packaging, will also be available individually. The figure will cost $19.99 and will be available exclusively at Gamestop/ThinkGeek stores during the Fall of 2017.

Here is a press photo of the figure, and don't forget to watch the new trailer below! 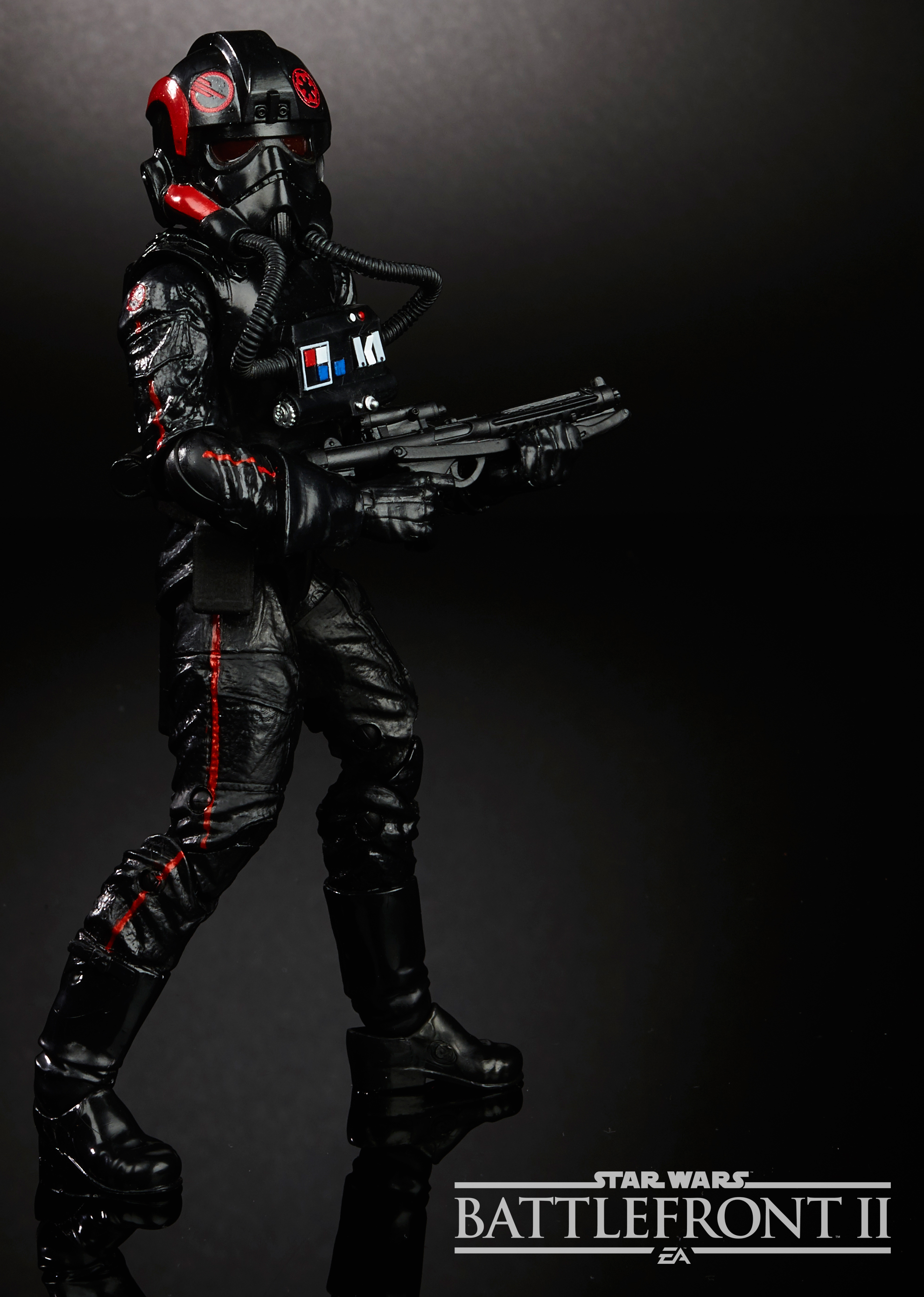