Even though Hasbro decided to not release any 3 3/4" Star Wars figures for almost half a year (we added the last wave of TFA figures with Admiral Ackbar/Unmasked Kylo Ren to the database in April and then no new figures until Sept. 30) there was still plenty of other Star Wars figures on the market to go hunting for. Let's take a look at 2016 month by month.

In January we all recovered from Star Wars: The Force Awakens and the only official announcement regarding Star Wars action figures came through Brian Truitt on USAToday.com, who revealed that a 3 3/4" animated-style Princess Leia based on Star Wars Rebels would be released towards the end of the year. Amazon UK revealed more up-coming The Force Awakens 3 3/4" figures, which included Admiral Ackbar, Tasu Leech and others. The rest of January was full of anticipation for Toy Fair in New York City. 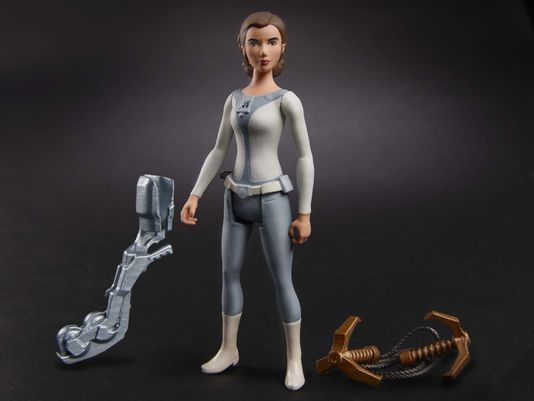 In February we've released our Build-A-Weapon guide, which lists all the accessory parts which came with Hasbro's 3 3/4" figures in the Force Awakens toy line. Ryan Beise released a list on JediBusiness.com of The Force Awakens figures which Hasbro could still make and Anthony Breznican at Entertainment Weekly officially revealed that Hasbro would release a 3 3/4" Maz Kanata action figure together with re-releases of Rey, Finn and BB-8. 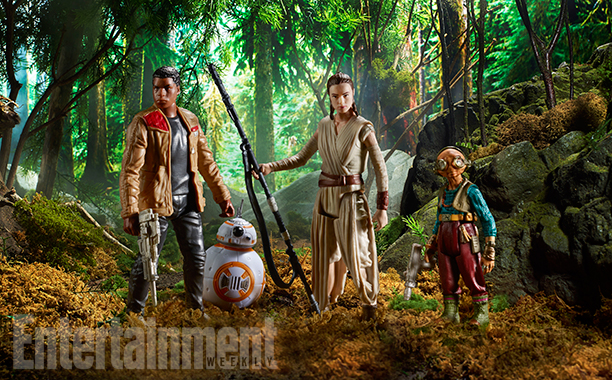 Toy Fair in New York City was rather slow with only five new Star Wars figures revealed by Hasbro (check out the photo gallery here). This was the first time however that we heard rumors about a possible $300 vehicle for the Holiday 2016 season.

In February we've updated a photo gallery on the website of one of the largest privately owned Star Wars collections in the world, if you haven't done so yet, take a look at Lauren Bock's Amazing Star Wars Collection! 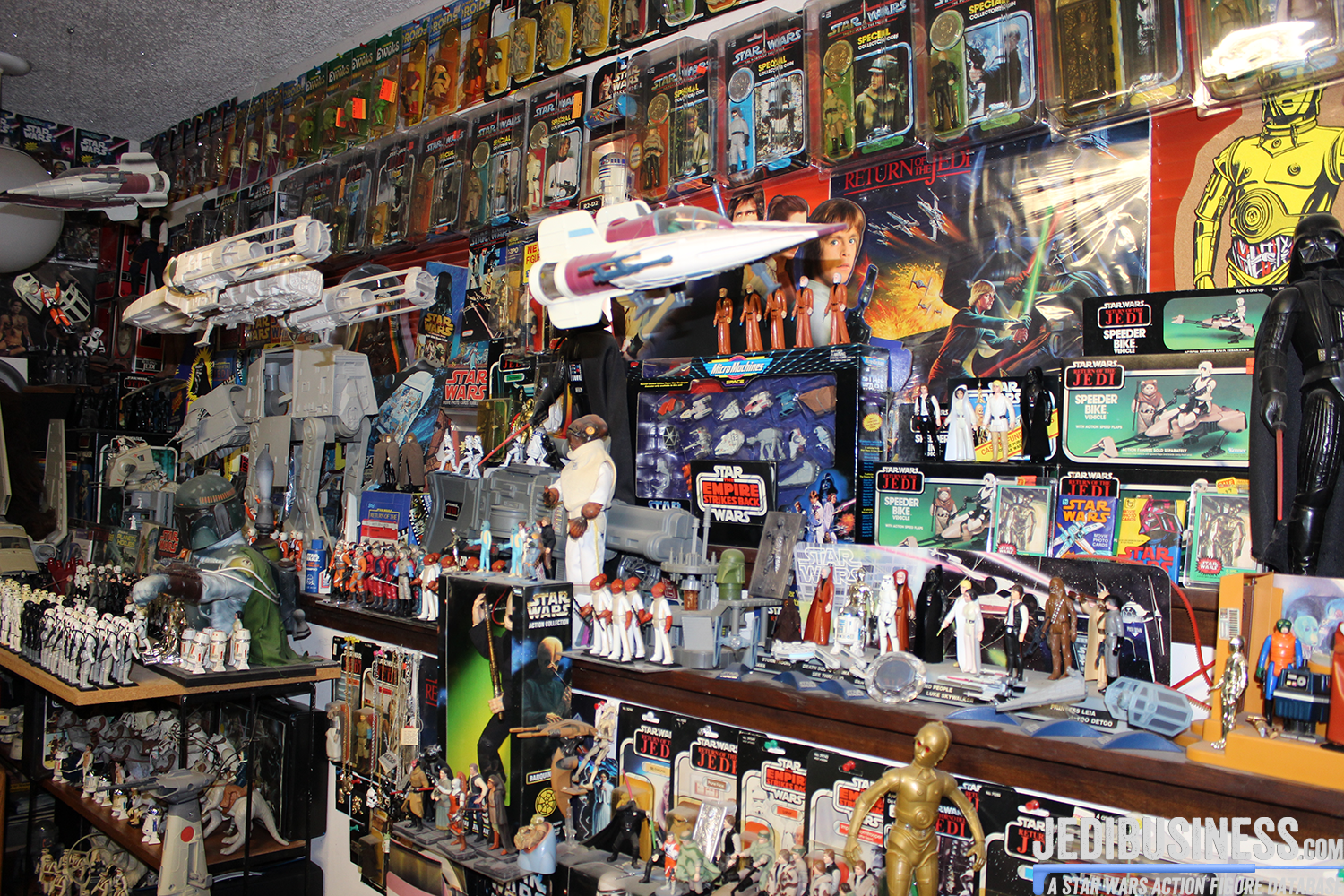 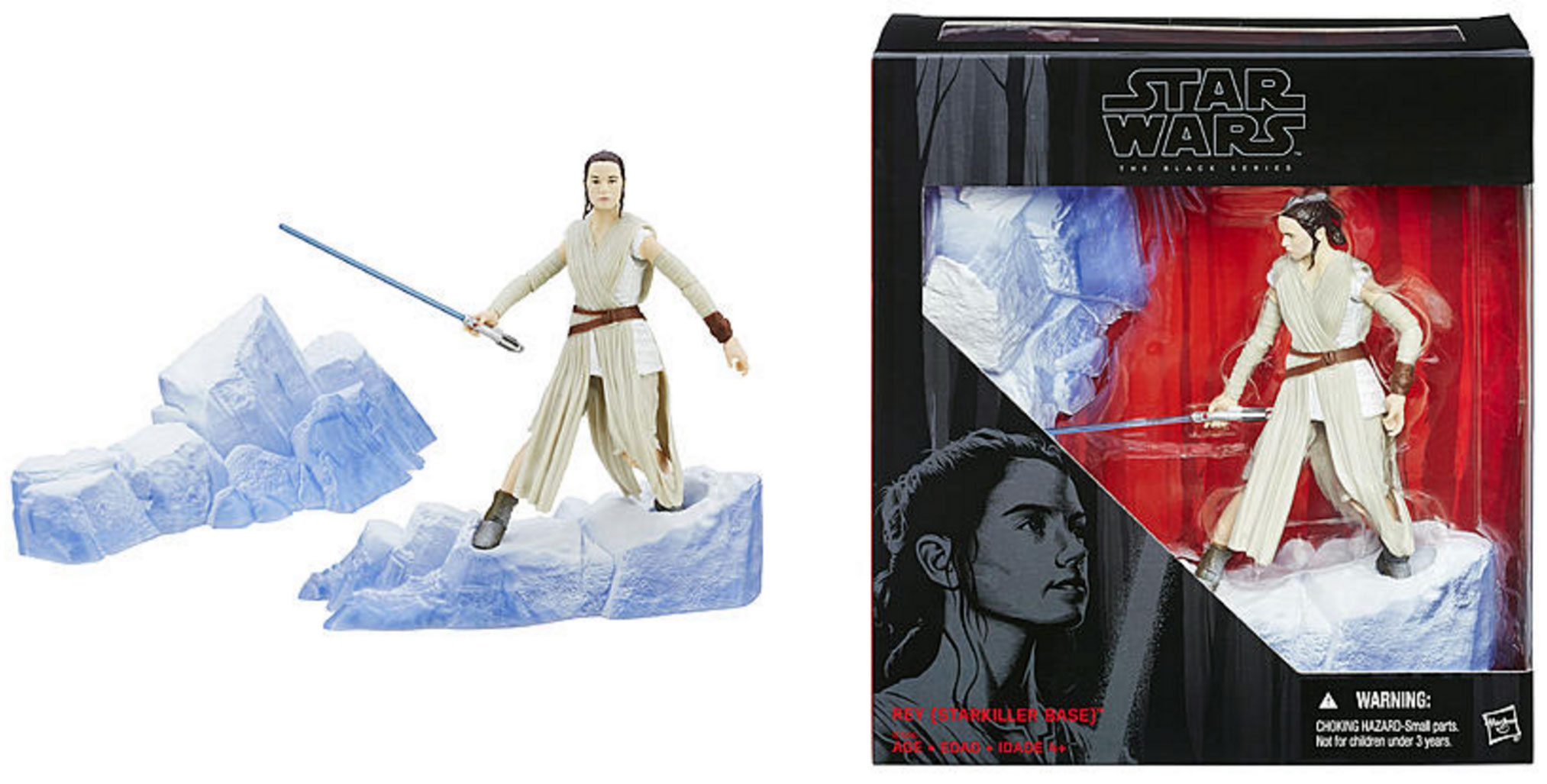 Toy Run - The Star Wars Action Figure Cast was born in March, it's a weekly podcast where Criz Bee from JediBusiness.com discusses Star Wars action figure news with Jake Stevens from From-4LOMToZuckuss.com. For more information about each TOY RUN episode have a look here or go to www.toyruncast.com.

Star Wars: The Force Awakens landed on Digital HD on April 1st and Blu-ray April 5th. In celebration, Hasbro launched the first #StarWars #HasbroToyPic Fan Figure Photo Series and called on fans to show off their amazing collections and creativity by recreating scenes from Star Wars: The Force Awakens using Hasbro's Star Wars figures and vehicles. The final selections were displayed at Hasbro's San Diego Comic Con booth. We were very happy that Roberto Carlos Chávez, who submitted his photo through JediBusiness.com, was chosen as a finalist! Congratulations Roberto! 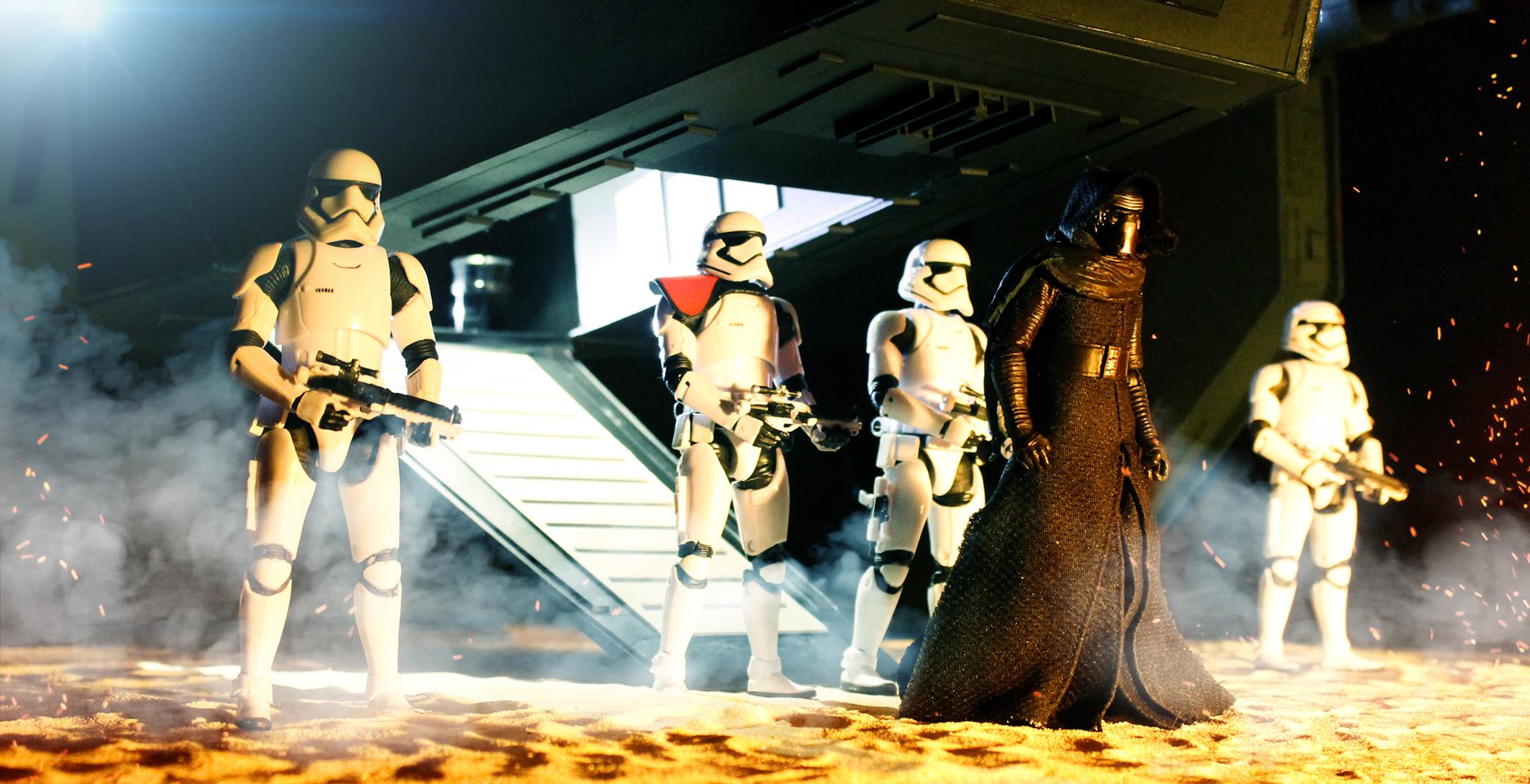 In April StarWars.com revealed the official look of Star Wars: Rogue One toys. 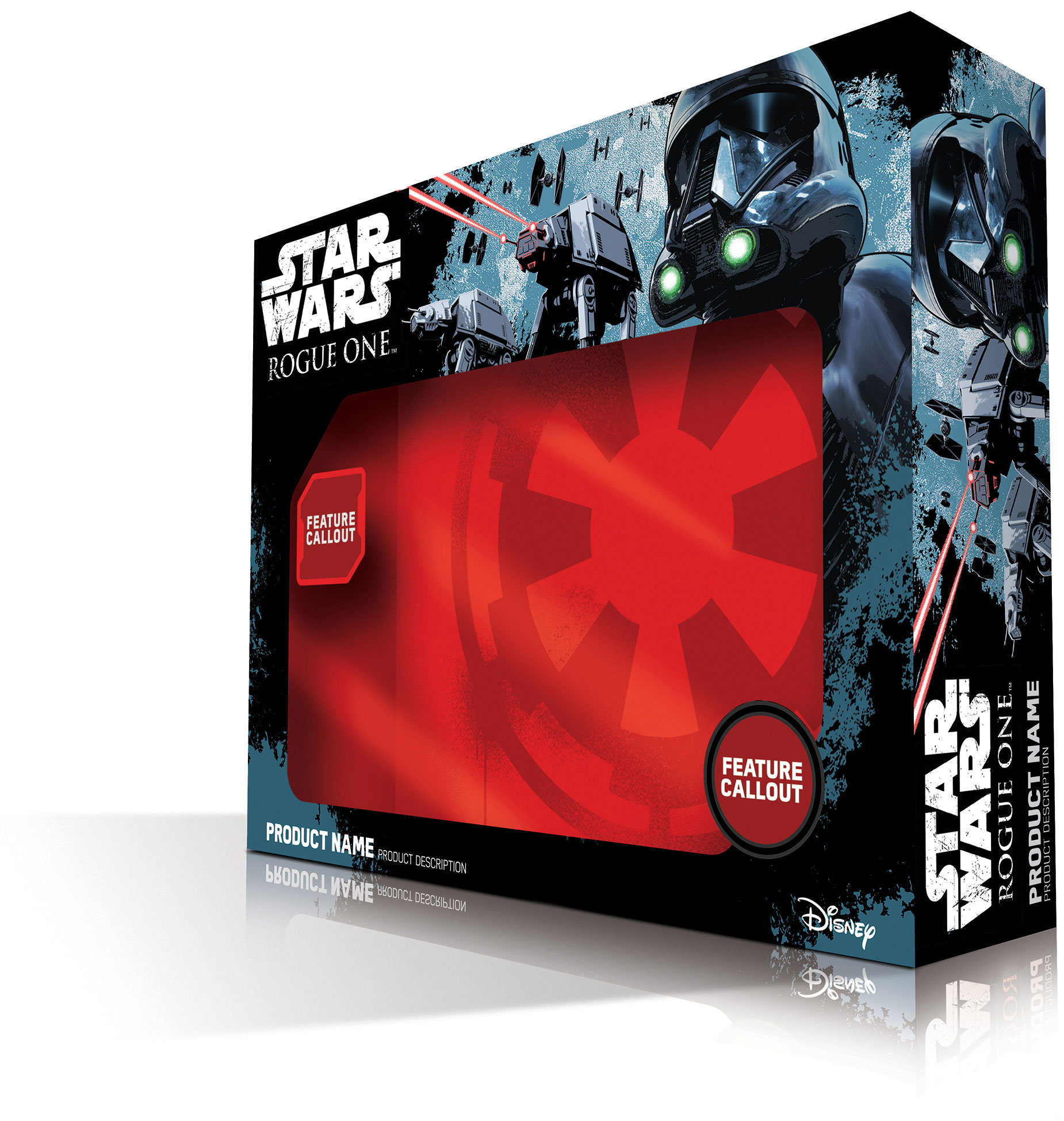 May The Fourth is now an in-official Star Wars Holiday and many online retailer offer Star Wars products at discounted prices. You can look at the May The Fourth Gift Guide here. Specifically for May The Fourth, the Disney Store offered an exclusive 7" Die Cast Elite Prototype Boba Fett action figure and Disney sold astromech droid R5-M4 exclusively at Disney Theme parks.

In June we've received some store reports of people finding The Black Series 6" Anakin Skywalker and 6" Chewbacca at ROSS stores for the discounted price of $9.99. We also received many reports of fans finding TFA product on clearance. Hasbro officially confirmed that Black Series 6" Rey would be re-released, but this time the figure would include Rey's lightsaber. Bandai revealed a new budget 6" Vinyl Collection Star Wars action figure line in Japan with figures of the First Order Stormtrooper, Kylo Ren, Captain Phasma and BB-8. Bandai also announced that Obi-Wan Kenobi from Episode II from the S.H. Figuarts line would be released in November 2016. 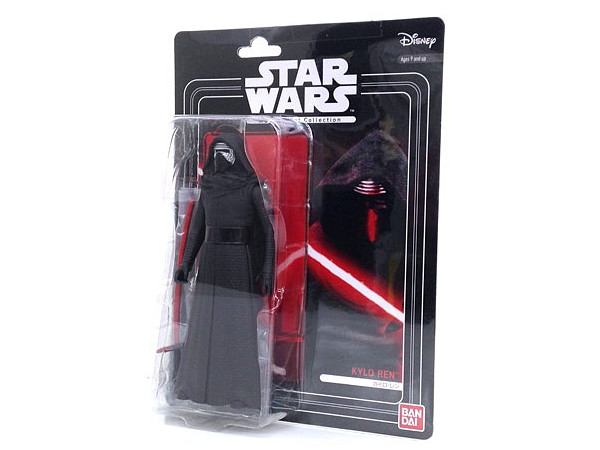 July was a big month for fans of Hasbro's The Black Series action figure line because Hasbro brought back the Fan's Choice Poll! We received 3154 votes and our TOP 6 looked like this:

August was also the month were Lucasfilm showed the first chapter of their Star Wars Go Rogue toy movie series. 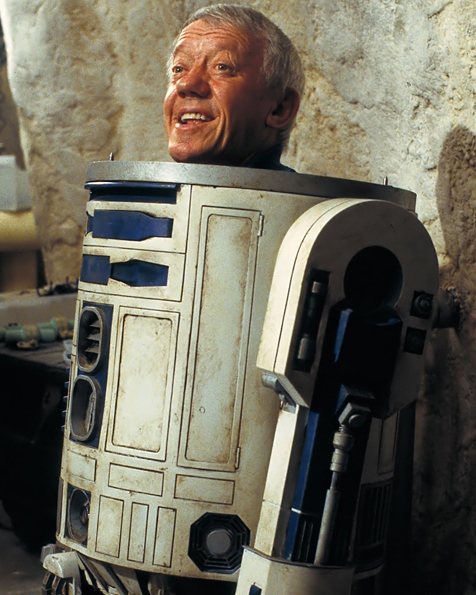 In early September it was clear that the official street date for Rogue One toys was going to be September 30, 2016. It was also clear that there would be no official midnight madness release or Force Friday for Rogue One toys. However, Toys'R'Us decided to do their own thing and opened their stores at midnight with exclusive give-aways nonetheless. In order to celebrate the release of Rogue One toys, fans in line at the Tukwila, WA TRU store could score following JediBusiness.com / Toy Run commemorative buttons: 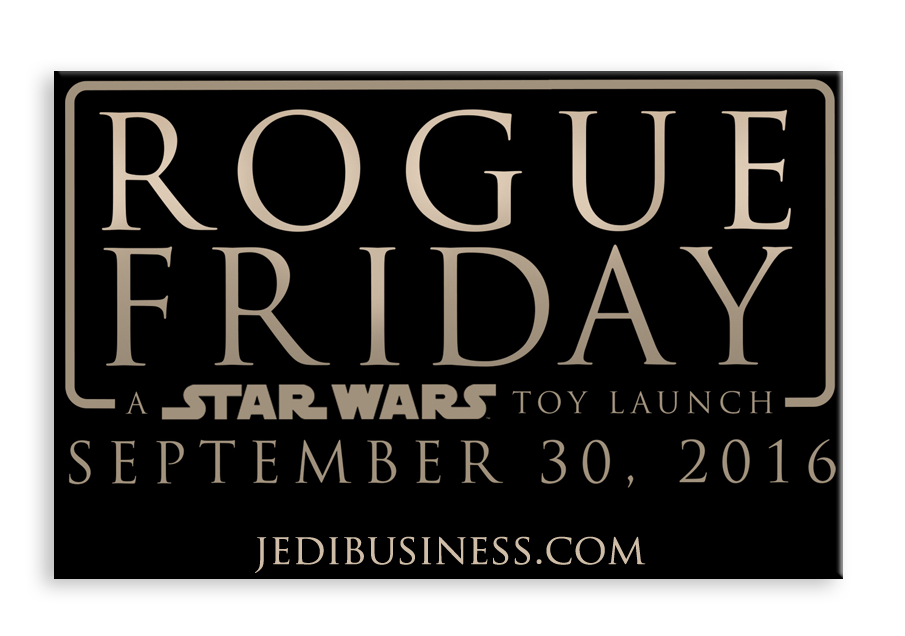 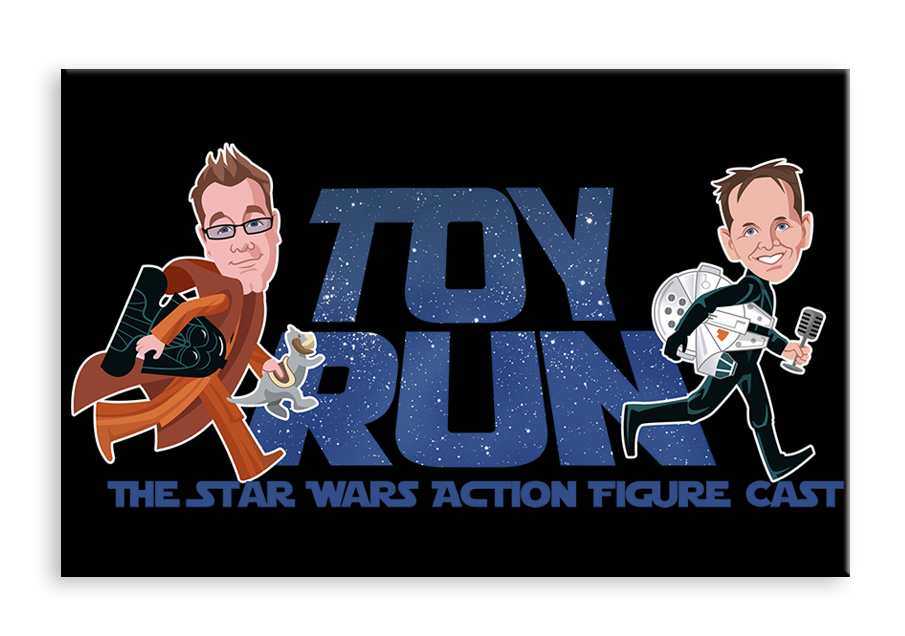 Kroger stores around the United States broke the street date by about 2 weeks and sold the first wave of Rogue One 3 3/4" action figures to customers at regular prices.

October was full of store reports and toy runs! For a look at what the Disney Store looked like on October 1, 2016 have a look at this video:

In October we've launched our new website with a new logo and most importantly, we've moved the fairly outdated 12 year old website onto a new server. We've made many improvements under the hood with many changes coming in the near future! For a closer look at all the news in October, have a look here please!

In November we were wondering when Hasbro's flag ship toy, the AT-ACT, would finally be available. Hasbro's second wave of 3 3/4" Rogue One figures and 6" figures made it onto store shelves right before Black Friday and many Target stores were fully stocked! 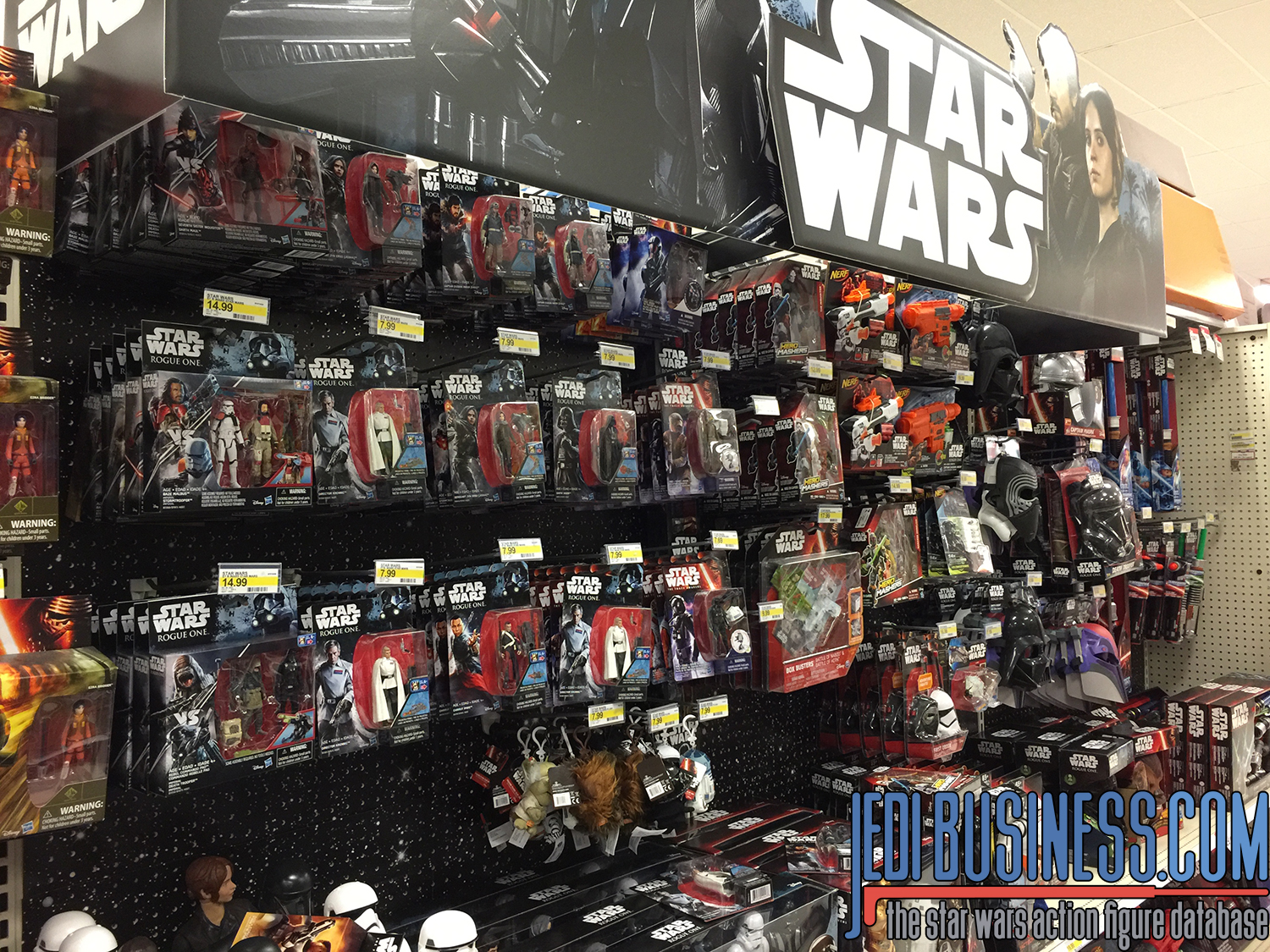 The biggest surprise in November was the reveal that Disney Stores would carry exclusive 10" Star Wars figures. The first four figures in this series included Rey, Kylo Ren, Princess Leia and Darth Vader.

December of course saw the release of Rogue One: A Star Wars Story in movie theaters and Hasbro managed to get some shipments of their anticipated Darth Revan 6" wave out the door! Some online retailers even received shipments of wave 3 of Hasbro's 3 3/4" Rogue One action figure line. 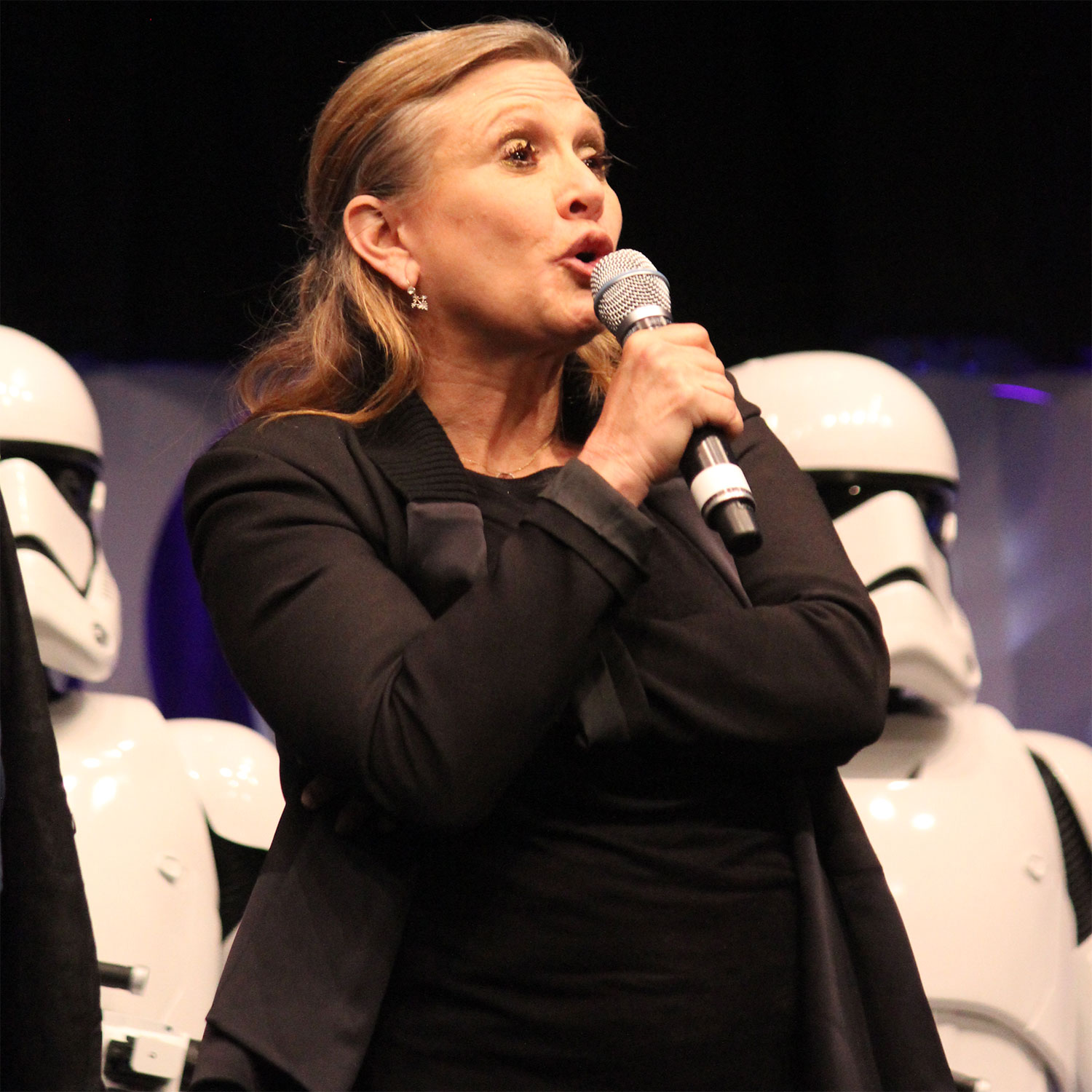 Hasbro's 6" The Black Series keeps being popular and the figures released this year were great, however it seems that Hasbro is unable to keep up with demand. Where is Bodhi Rook, Galen Erso (various different outfits), Tarkin, Darth Vader, Saw Gerrera, Baze Malbus, Chirrut Imwe, Rebel Fleet Troopers, generic Rebels, basic Stormtroopers or X-Wing pilots in the 6" line? Some of the characters have been announced (or released before), but those are figures fans want to buy after seeing Rogue One in movie theaters, and they are just not available.

Hasbro's 3 3/4" Rogue One toy line was a head scratcher. Darth Vader and Krennic were packed only once per case, but there was no Tarkin, Galen Erso, Bodhi Rook, Saw Gerrera, Rebel Fleet Troopers or generic Rebel fighters on store shelves in time for the movie's release. There were no X-Wing Fighter vehicles or regular Tie Fighters on store shelves either and the flagship toy, the AT-ACT, didn't show up until the middle of December and Target stores immediately put it on clearance for 50% off. The 3 3/4" Rogue One toy line had some great figures in it, but core characters which would enhance the recreating of scenes from the movie were missing. Rogue One would have been the perfect opportunity for Hasbro to come out onto the market with a 3 3/4" Death Star playset, but that unfortunately didn't happen.

Bandai's Japanese exclusive S.H. Figuarts 5.5" line stood out this year. The S.H. Figuarts line can't rival the variety seen in Hasbro's 6" Black Series toy line (yet!), but their sculpts and character likenesses are second to none. That is a toy line which we will follow with great interest in 2017. Unfortunately Bandai only released 3 figures from Rogue One for the movie's release (K-2SO, Scarif Stormtrooper, Imperial Death Trooper Specialist).

Disney's Die Cast line of 7" figures was remarkable this year. Disney seems to be dedicated to this line and they've continously released new figures throughout the year. Right out of the gate Disney released a dedicated line of Rogue One action figures so that fans could get the entire line-up of rebel heroes from Rogue One on the first day. The line lacked bad guys such as Krennic, Tarkin, Vader or Scarif Stormtroopers, but we are confident that we'll see them released in 2017.

Other toy lines such as Tomy Takara's 3" line of metal figures in Japan or even Medicom's line of 6" figures are well executed, but those toy lines lack the variety of characters Star Wars offers to make it more appealing.

All in all it was a great year for fans of Star Wars action figures and it looks like 2017 is going to be just as good as 2016! Thanks for reading and MTFBWY!