A Look At The Electronic CommTech Reader

The CommTech Chips functioned as a display stand for the figures, but without the reader the voice samples couldn't be played. The Electronic CommTech Chip Reader, which cost $19.99 and looked like the commlink used in Episode I by Qui-Gon Jinn and Obi-Wan Kenobi,  came with two chains and an exclusive chip. 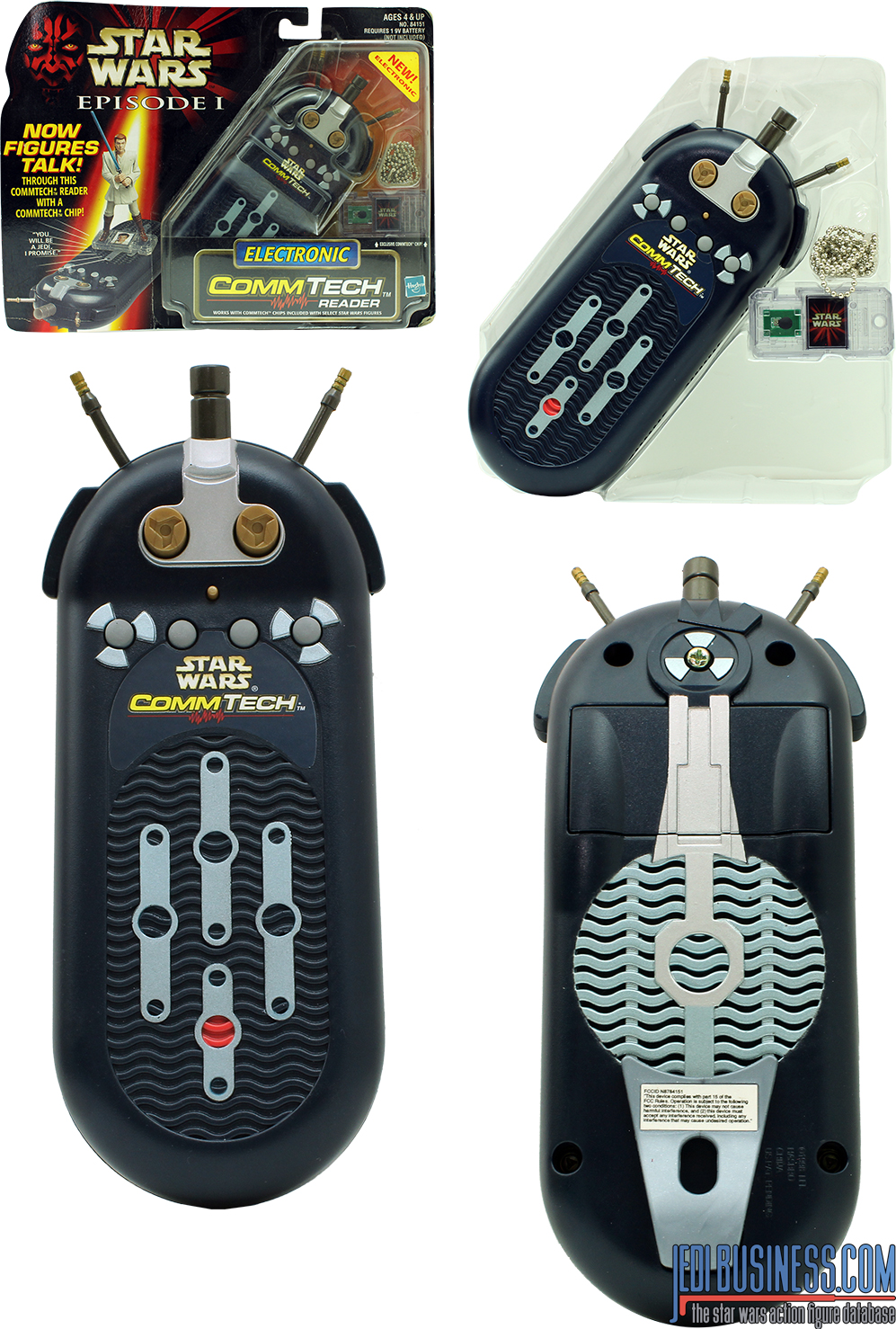 The device is fairly bulky for small children's hands but it's sturdy enough so that it can be banged around the playground without falling apart right away. The CommTech chip reader has an ON button, a button for lightsaber sounds, a button for blaster fire and four buttons which when pressed can store all the lines from a CommTech chip on the device. The ability to store several CommTech chip voice samples on the reader was great, this way kids didn't have to bring all their CommTech chips to play time. The back of the CommTech Chip reader has a belt clip and the 9V battery compartment. 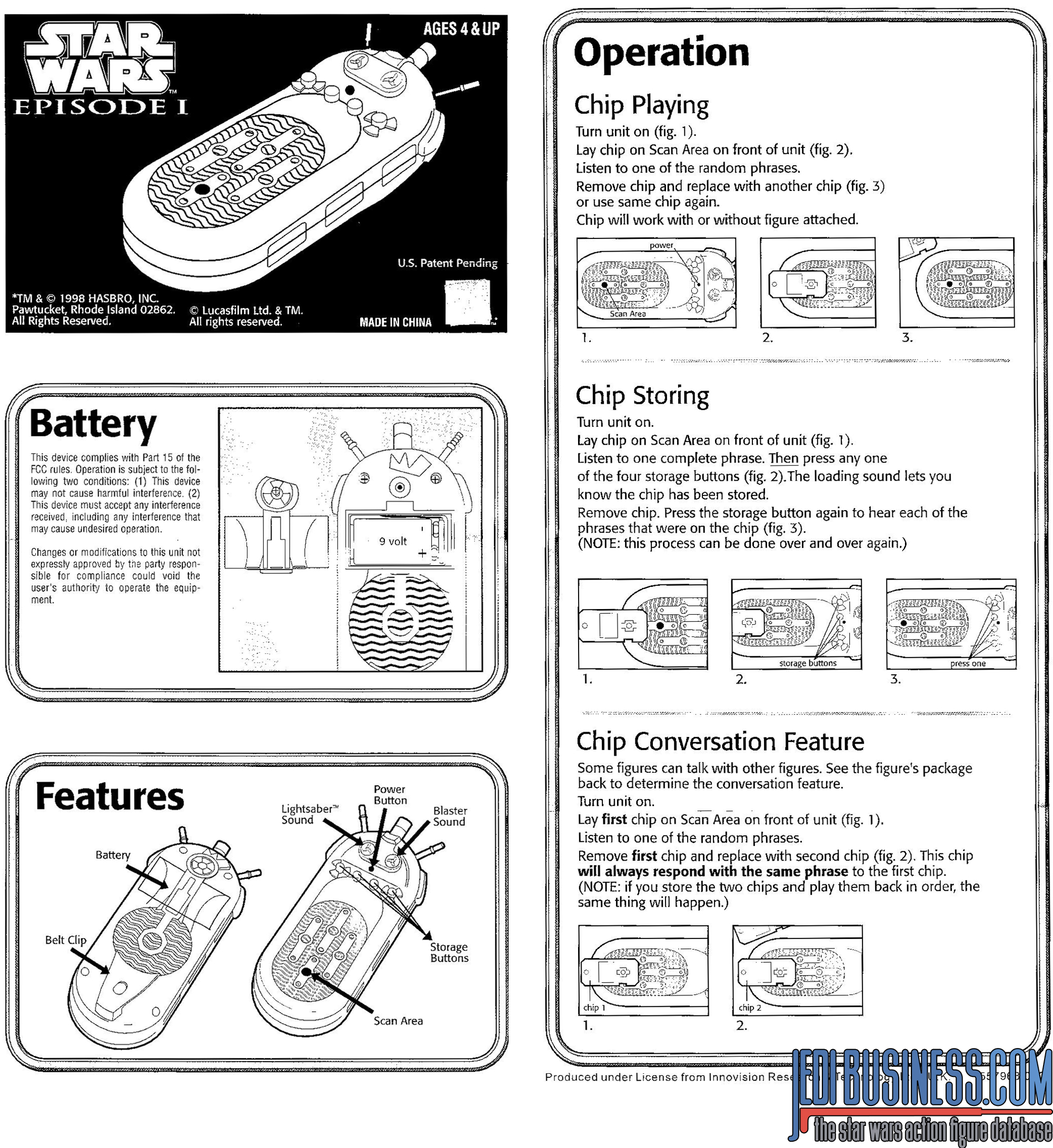 The top two buttons on the device play lightsaber and blaster sounds, you can listen to it here:

The included CommTech chip was number 9 in the series and it was unique to this set. The voices on the chip included Jar Jar Binks, Obi-Wan Kenobi and Qui-Gon Jinn. Here is a look at what the chip looked like and you can listen to the voice samples:

The quality of the voice samples was hit & miss, in some cases they played back well, and in other cases the sounds were distorted and it was hard to make out what was being said. It's impossible to say if some of the voice samples were taken from sequences in the movie which didn't make it into the final cut, but it at least gave us a look at what Lucasfilm had intended for some of the characters to sound like. Podracers Gasgano and Ody Mandrell, or even Jedi Master Adi Gallia, they never spoke in the movie and through the CommTech chips we at least get a look at what they might have sounded like.

Every CommTech chip has a hole in it so that it can be added to one of the two chains which were included with the electronic CommTech reader. This way the kids could bring them to the playground by carrying them around the neck or by attaching them with the shorter chain to the house key. And the CommTech reader can simply be clipped onto a belt or pants, so both, the chips and the reader could be transported without using hands. 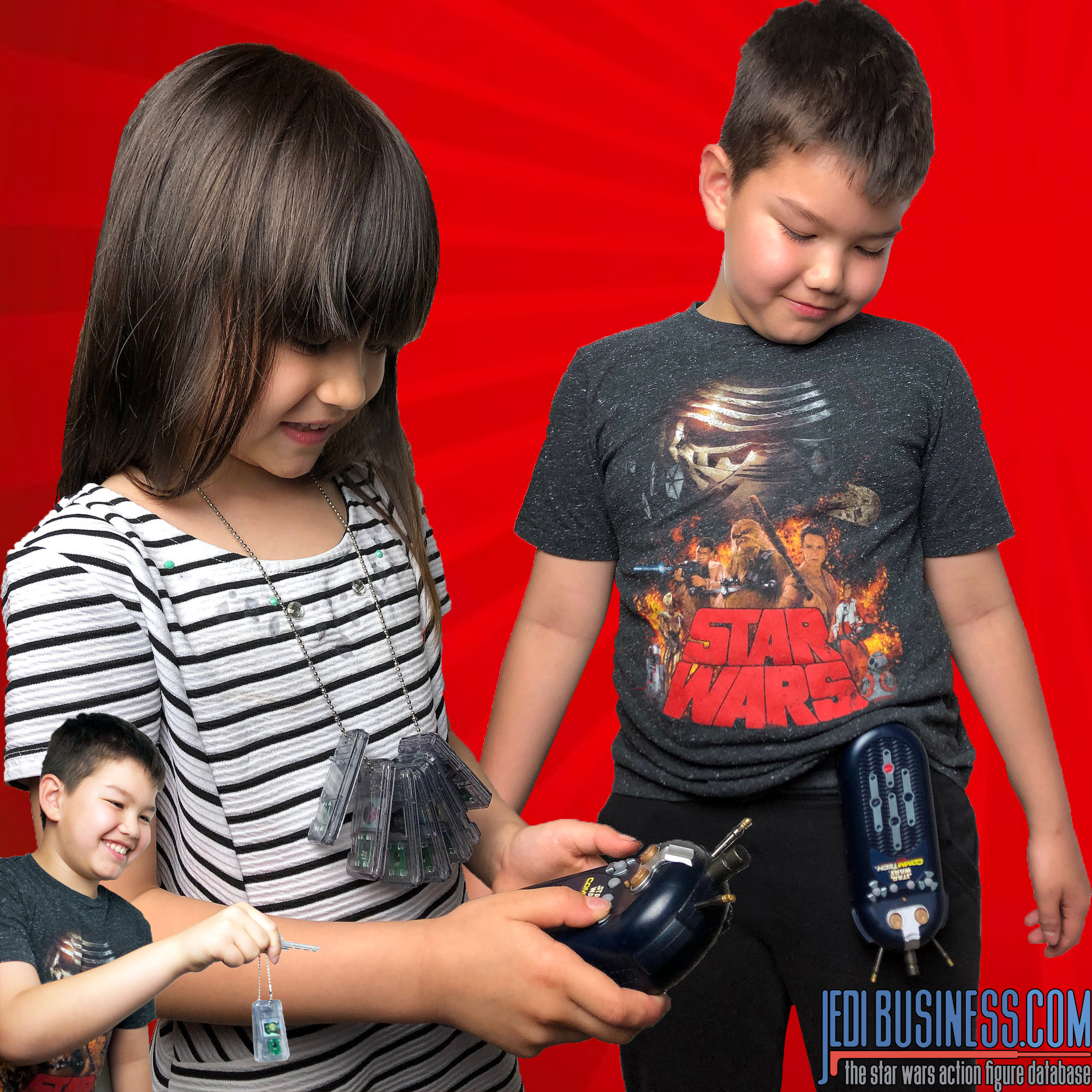 Even if the electronic CommTech reader is purchased by itself without any Star Wars figures, it can be used as a role playing item. All in all, the CommTech chips have a negative reputation in the fan community, but it was a great concept which was executed quite well.

For a full list of of CommTech chips have a look at our CommTech Chip Guide and if you want to listen to all the voice samples simply choose a figure from the Episode I Collection, click on it and scroll down until you see the CommTech chip audio. 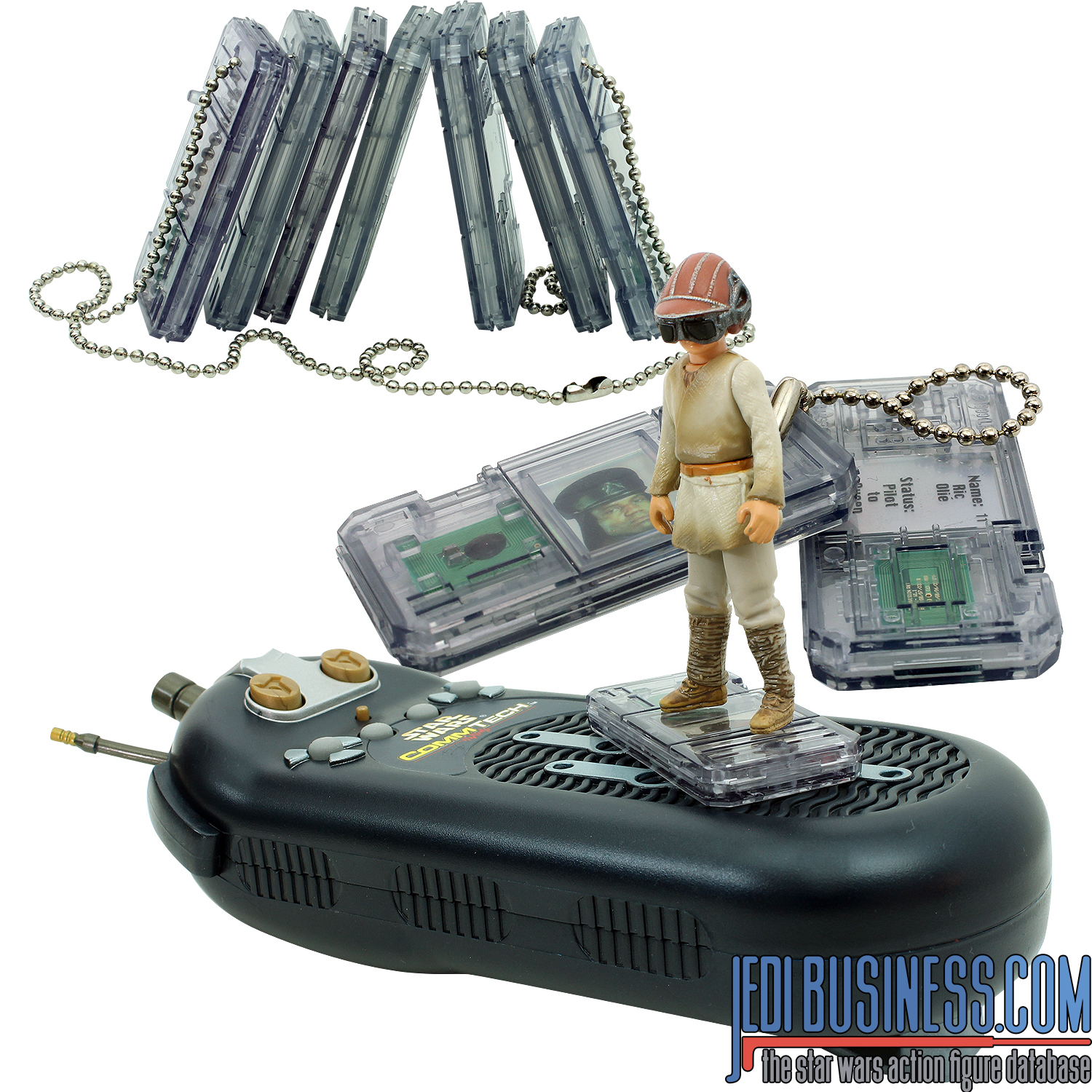