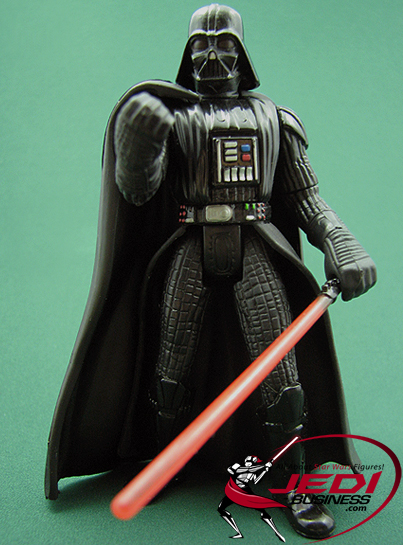 Darth Vader was known and feared throughout the galaxy as incredibly ruthless and evil, one who used the awesome powers of the dark side of the Force to carry out Emperor Palpatine's horrific plans. But deep inside Lord Vader lay vestiges of the person he once was: young Anakin Skywalker, discovered on the planet Tatooine by a Jedi Knight who recognized the boy's special Force talents. Anakin showed much promise and grew to be a great Jedi. Finally, the dark side beckoned him, and Anakin became Darth Vader.