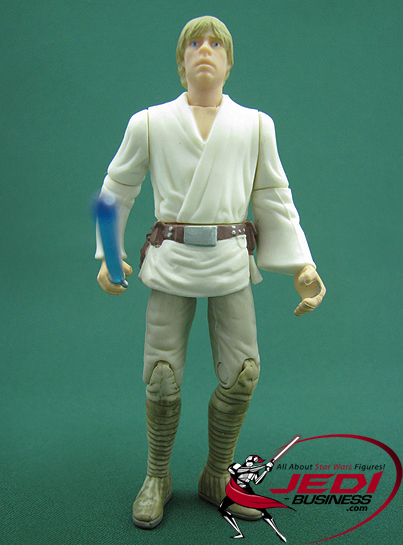 Luke Skywalker's life began as a simple farmboy where he spent his restless childhood on the backwater desert planet of Tatooine, toiling away on his uncle Owen's moisture farm. There he learned the essentials of desert survival and droid repair as well as honing his piloting skills in Tatooine's infamous Beggar's Canyon, racing his T-16 shyhopper. Luke's life changed when his uncle purchased a pair of used droids from Jawa dealers visiting his homestead. The droids, R2-D2 and C-3PO, led Luke on an adventure, uniting him with Obi-Wan Kenobi, who taught Luke in the ways of the Jedi Knights and the Force, and gave him his father's lightsaber.