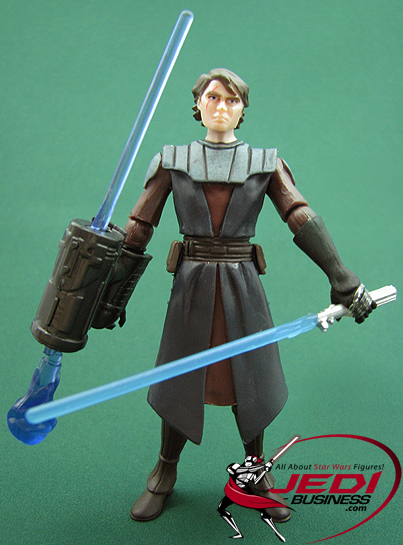 Compared with the previous release, this version of Anakin Skywalker features a scar in the face, an overall darker color scheme, it's missing the Jedi Order's symbol on the left shoulder, and both shoulders are now "scratched-up" looking. With 10 joints the figure is not quite "super articulated", and while the upper body has all the joints you might want, the lower body is lacking knee and ankle joints. The included lightsaber is a good fit for Anakin's right hand, but it sits very loosely in his left. The blaster attachment for Anakin's right or left arm is a tight fit, but due to the size of it will cause the figure to loose its balance quickly.

All in all, this Anakin Skywalker is just an OK figure. It looks nice and is very close to the version seen in the Clone Wars TV Show, but there are better looking, more articulated animated-style Anakin Skywalker action figures available today.

Clone troopers and battle droids clash on the streets of Crystal City. Anakin Skywalker leads a squad of clone troopers against Separatist forces on the remote planet of Christophsis. Weapons fire blasts the roadways and shatters the crystalline buildings, as each side looks for a weakness in his opponent's line of defense. AATs rumble through the smoke-filled city under firs from Republic heavy artillery, and clone troopers mounted on mobile AT-APs stride forward to meet them head on. Explosions erupt throughout the city, an all-too-familiar sound of battle being echoed on planets throughout the war-torn galaxy. 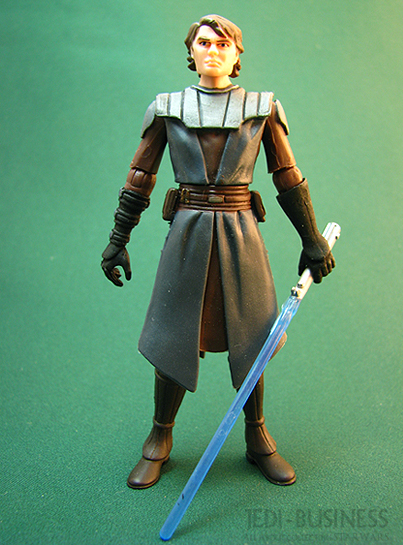 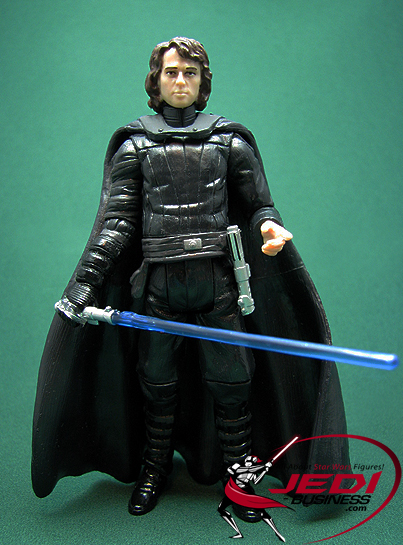 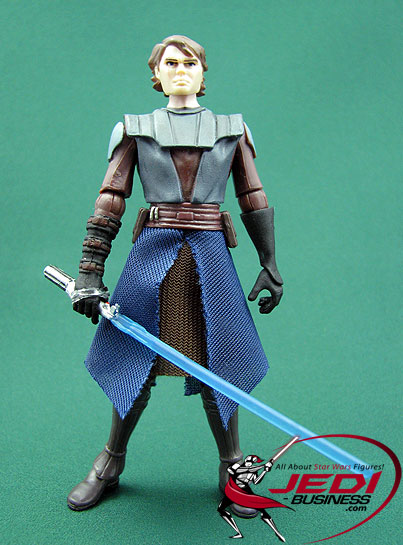 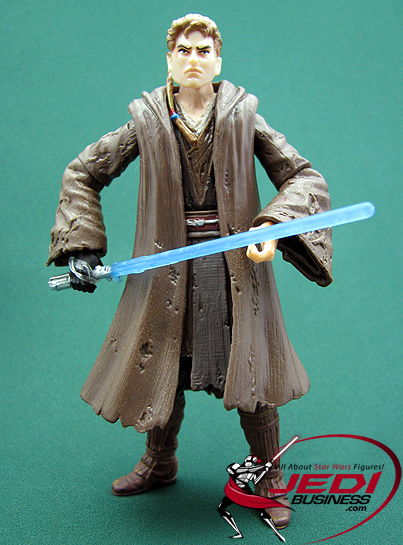 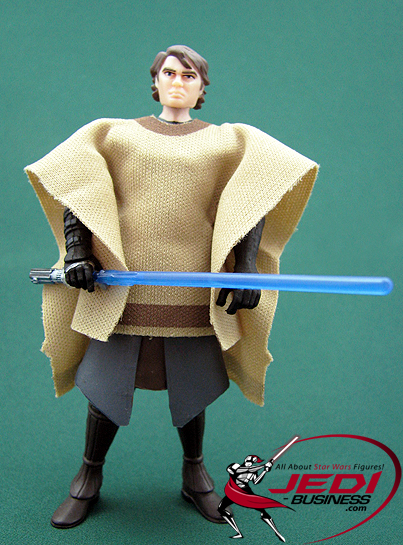 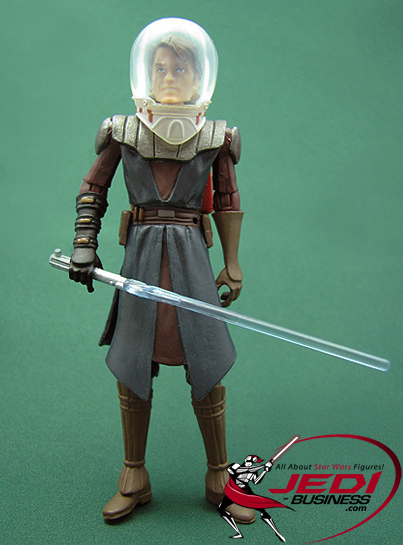