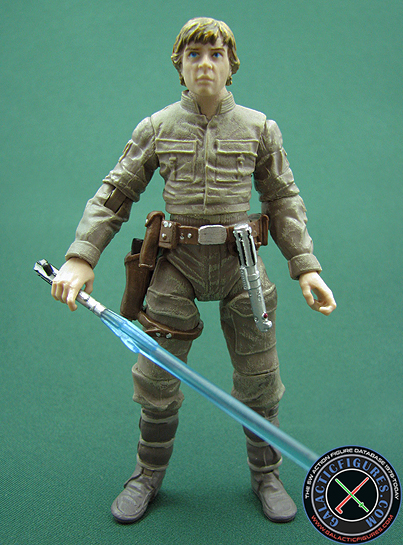 This Luke Skywalker in Bespin Gear was released individually carded during the first wave of The Vintage Collection in August 2010. The figure is based on Luke's appearance on Bespin in The Empire Strikes Back.

Luke is super articulated with 14 joints including ball-joints in the neck, shoulders, elbows, the waist, the hip, knees and ankles. The only swivel joints used in this figure are in both wrists. The figure has absolutely no balancing problems even when positioned in action poses. The lightsaber and the lightsaber hilt fit very well into both hands. Luke's blaster fits perfectly into the holster, and fits so well into Luke's right hand, so that the finger can even be placed on the "trigger". It really does look like as if he's holding the blaster like a real person. The lightsaber hilt can be plugged into Luke's belt, where it hangs down nicely, just the way it was seen in the movie.

The paint application on Bespin Luke Skywalker is well done. Instead of just painting the outfit in a simple dark brown color, Hasbro decided to weather the outfit nicely, which gives it a more natural appearance. The face is painted nicely as well, but the highlights in the hair look a little off. The figure's sculpt is done superbly in every way, from the great head sculpt to the entire posture, it looks like a miniature version of Luke Skywalker. All in all, this figure of Luke Skywalker in Bespin Gear is the definite version of as of 2010, and worth upgrading to, even if you own several previous incarnations of this figure.

This figure was re-released at around the same time as this figure was available in the Vintage Collection "Bespin Alliance" 3-pack, which was a Target exclusive. 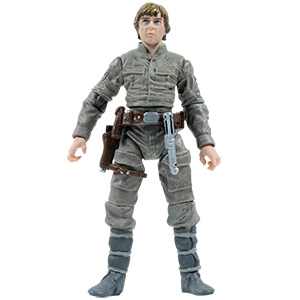 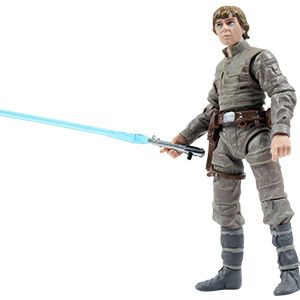 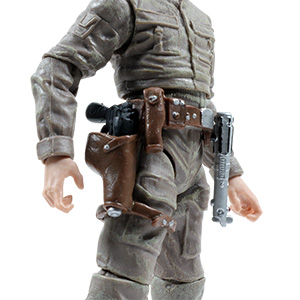