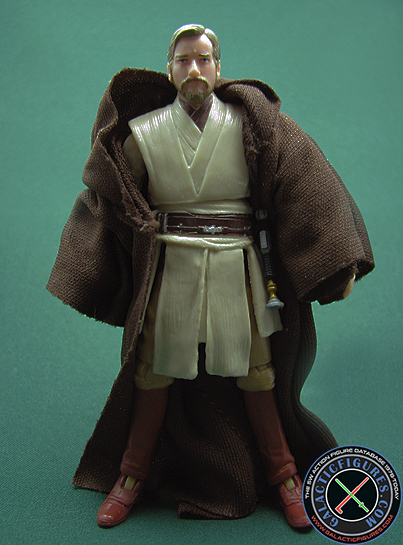 This Obi-Wan Kenobi was released individually carded during The Vintage Collection in early September 2010. The figure is based on Obi-Wan Kenobi's appearance in Revenge Of The Sith.

The figure is a re-release of the Pilot Obi-Wan Kenobi from the ROTS toy line from 2005. The only difference this time around is the inclusion of a soft-goods Jedi robe instead of a hard-plastic robe. The rest stayed the same, including the wrong colored ankle joints.

Obi-Wan Kenobi is super articulated with 14 joints including ball-joints in the neck, shoulders, elbows, the waist, knees and ankles. The only swivel joints are in the wrists and both hips. The Jedi has a good grip on both, the blue ignited lightsaber and the lightsaber hilt. The jedi robe fits nicely, and with enough patience it's possible to make it look the way you want. The pilot head gear can easily be put over the head, but it unfortunately feels a little bit too big.

The paint application on Obi-Wan Kenobi is pretty basic but cleanly applied. Unfortunately, Hasbro missed the opportunity to fix the differently colored ankle joints, which are painted in a beige color, instead of the reddish/brownish color of the boots. Besides that, this 5 year old (as of this review), super articulated Obi-Wan Kenobi action figure is one of the best representations of the character based on The Revenge Of The Sith available. 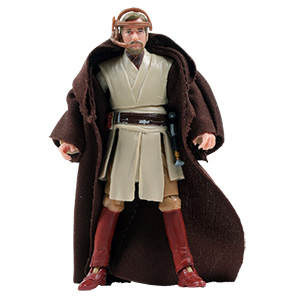 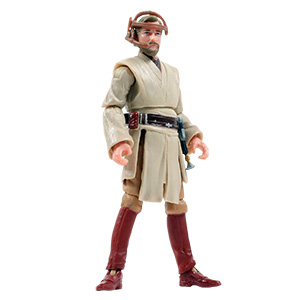 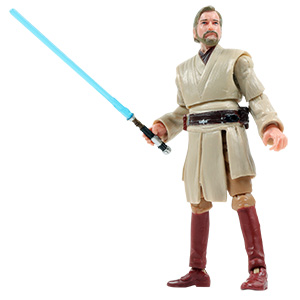