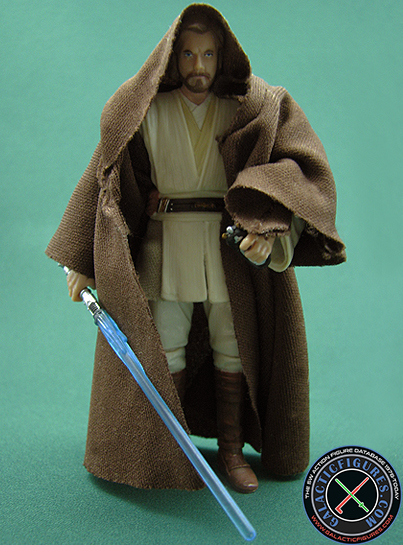 This Obi-Wan Kenobi figure was released individually carded during the Vintage Collection in late January 2011. The figure captures Obi-Wan Kenobi's look from Episode II, Attack Of The Clones.

The figure is a straight repack of the fantastic Legacy Collection Obi-Wan Kenobi from 2009, but it was given a slightly different and better paint application. The figure now also comes with a jedi robe which was missing from the previous release. The figure has 14 points of articulation, including a ball-jointed neck, 2 ball-jointed shoulders, 2 ball-jointed elbows, 2 swivel wrists, a ball-jointed waist, 2 ball-jointed hips, 2 ball-jointed knees and 2 ball-jointed ankles. Obi-Wan balances out beautifully, but he does have holes in both feet if you'd like to place him on a stand. This time around the lightsaber sits a little loose in both hands. The communicator is also a decent fit for both hands and it can be attached to the belt on the back of the figure. The included bulky soft-goods jedi robe fits OK, but it'll take time to adjust it to your liking. Unfortunately, there was no individual lightsaber hilt included (it was also missing in the TLC Obi-Wan Kenobi release), which could be plugged into the little hole in the belt.

The paint job is done very well and an improvement when compared to the 2009 Kenobi. The changes are quite subtle, but noticeable, and it's great to see that Hasbro tries to improve already fantastic figures even more (the 2009 version was a top 10 pick in our 2009 review. Obi-Wan's under tunic has now a slightly darker brownish color than before, and the boots are slightly darker with subtle wear and dirt. The super articulated sculpt is still brilliant with a fantastic head sculpt and a great likeness to Ewan McGregor. All in all, this figure can easily be recommended, especially if you don't own the previous released version yet. 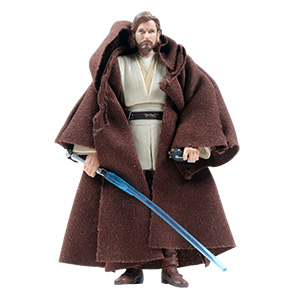 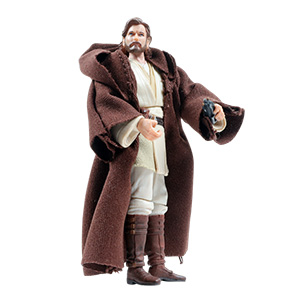 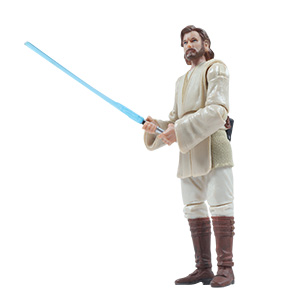 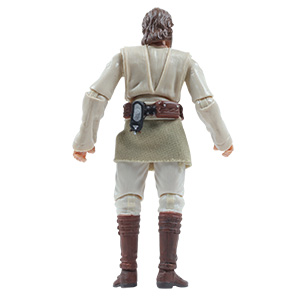