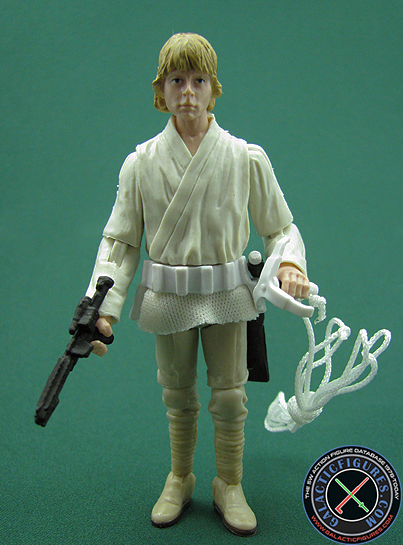 This Luke Skywalker,Death Star Escape was released individually carded during the Vintage Collection in February 2011. The figure and its packaging is based on Luke Skywalker's appearance on the first Death Star, after he had taken off the Stormtrooper armor.

The figure has 14 joints, including ball-joints in the neck, shoulders, elbows, legs, the knees and ankles. The wrists and the waist are swivel jointed. Just like on the Resurgence Of The Jedi Luke, the figure's feet are pretty close together, but it keeps its balance nicely anyways. Hasbro included a commlink, an imperial blaster and a white rope with hook with the figure. Luke can hold the commlink well in both hands, and it can also be plugged into a small hole on the side of the waist (cool!). The Stormtrooper blaster is also a very good fit for both hands, and it can be stowed away in the holster. The hook looks nice and the figure can hold it well with both hands. There was no lightsaber or lightsaber hilt included with this version of Luke.

The paint job on Luke Skywalker turned out nicely, with overall brighter colors than seen on the Resurgence Luke, which seem to match the on-screen outfit closer. Besides the paint application, there are also some differences in the sculpt, like the different head sculpt and a different molded belt with a short soft-goods piece underneath. We especially like the belt, because Hasbro didn't just include a generic Stormtrooper belt with the figure, but they tried to match the one which Luke actually wore on screen. All in all, if you are looking for a Luke Skywalker figure based on the escape from the first Death Star, then this release from The Vintage Collection should be at the top of your list. 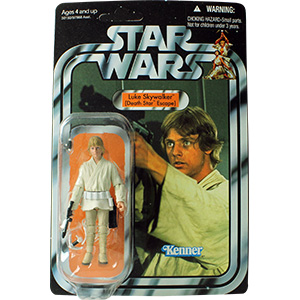 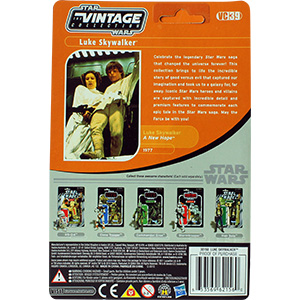 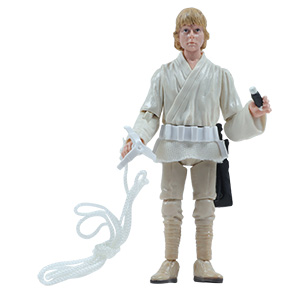 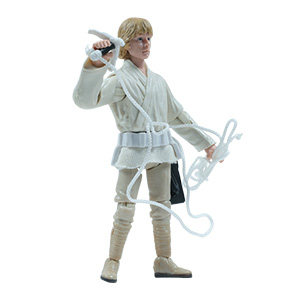 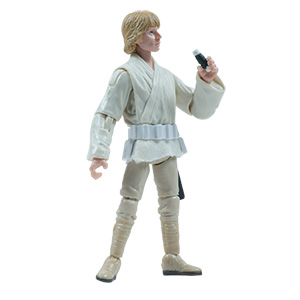 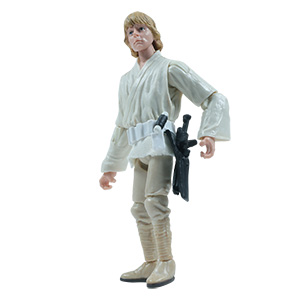