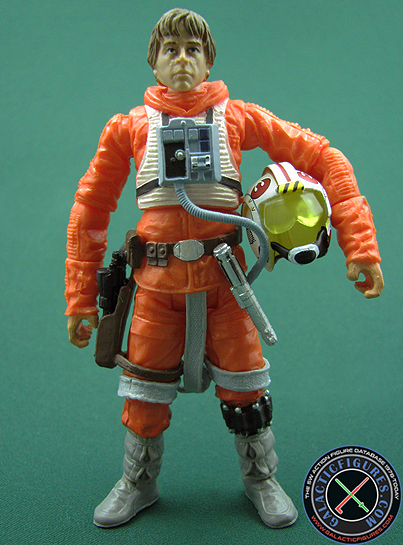 This Luke Skywalker (Dagobah Landing) was released individually carded during the Vintage Collection in March 2011. The figure captures Luke Skywalker's appearance from the Empire Strikes Back, when Luke arrived on Dagobah.

Luke Skywalker was given 14 points of articulation, including a ball-jointed neck, 2 ball-jointed shoulders, 2 ball-jointed elbows, 2 swivel forearms, a ball-jointed waist, 2 swivel legs, 2 ball-jointed knees and 2 ball-jointed ankles. The figure stands quite well by itself and doesn't require a stand when on display. Hasbro included an X-Wing helmet, a blue lightsaber, a lightsaber hilt and a blaster with Luke. The blaster fits well into the holster, and sits quite nicely in Luke's left hand. It's only a very loose fit for the right hand. The helmet covers the entire head well with the visor in front of the eyes and the chin-strap right underneath the chin. Both lightsabers fit well into the hands, and the hilt plugs nicely into the little hole below the belt. The life-support cable runs from the chestbox into the pants' left pocket, where it can be unplugged.

The paint application on the Dagobah Landing Luke Skywalker is well done, but could have been a little bit better. The very glossy orange color on the pilot suit looks great and gives it a "wet" feeling. Unfortunately, the chest box doesn't have the three top buttons painted white (they are just kept gray), and the entire outfit could have used more dirt. The figure reviewed here had also some significant orange paint spots on the back of both boots, which appeared to be some factory smudges. The pilot helmet is painted quite well, but it's kept in an all white, pristine condition. This is really unfortunate, because subtle weathering and dirt add a more realistic feeling to a figure.

The sculpt is done well, and the sleeves on both sides go over both hands, which is cool, because that's what it looked like in this particular "Dagobah Landing" scene from the movie. All in all, this Luke Skywalker (Dagobah Landing) is a Luke figure, which has not been done before in this version, and is therefore a welcome addition to the collection. It could have been better, but it's a cool figure nonetheless, which comes packed in one of the most brilliant vintage-style cardbacks we've seen in the modern Vintage Collection so far!

Here's a picture of the paint smudges on the back of the figure: Luke Skywalker (Dagobah Landing) paint issue 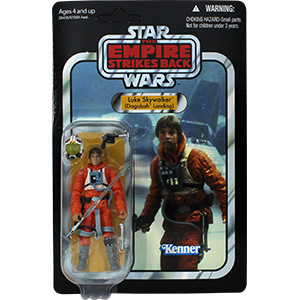 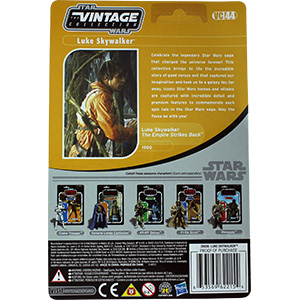 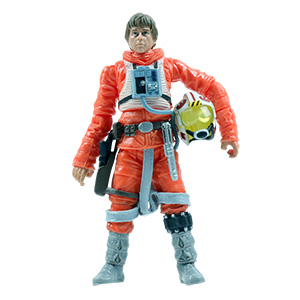 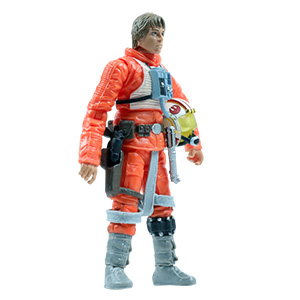 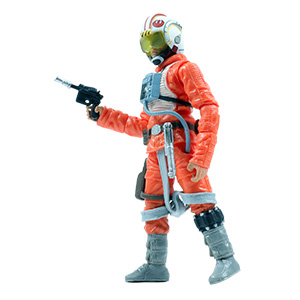 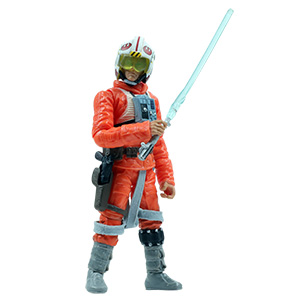