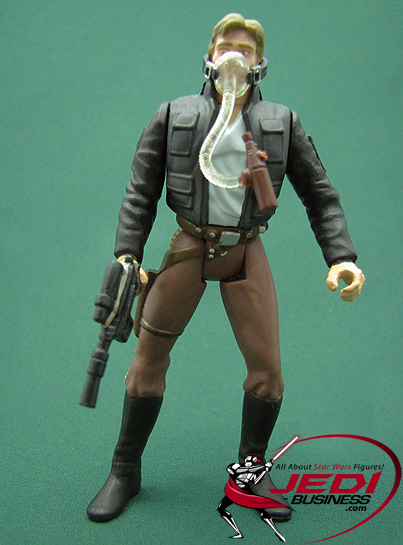 Fleeing the fierce Imperial assault on the frozen planet Hoth, the Millennium Falcon and the Rebel crew fly into the midst of a waiting Imperial war fleet. Unable to engage the Falcon's malfunctioning hyperdrive system, Han Solo steers recklessly into an asteroid field. Solo maneuvers the Corellian freighter through the deadly storm, missing large rocks by mere inches before locating sanctuary in the cave of a huge asteroid. Inside the cave it become apparent that the Falcon is in danger of being ravaged by Mynocks. Large, winged parasites with an appetite for the mineral and energy-rich bulls of starships, Mynocks can cause critical damage to star-freighting vessels. Forced to hunt the creatures before irreparable harm is caused to the Millennium Falcon, Chewbacca, Princess Leia, and Han Solo don breathing gear and venture outside. But the Mynocks become a secondary concern once the Rebel crew discovers that the cave they're parked in is not a cave at all, but something large and very alive.