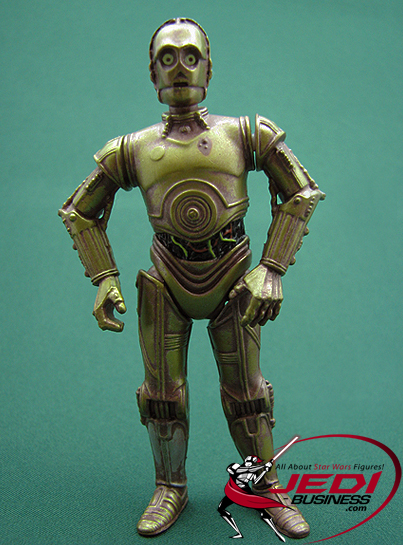 When Princess Leia's consular vessel was attacked by an Imperial Star Destroyer, the fussy and worry-prone C-3PO was plunged into the center of a Rebel battle. The princess stored vital Rebel information in R2-D2's memory systems, unbeknownst to C-3PO. Then R2-D2 took it upon himself to complete Leia's failed mission, though C-3PO knew nothing of the details. Fleeing the crippled vessel in an escape pod, the two droids landed on the desert planet Tatooine, where they fell into the hands of the Jawas and were hunted by Imperial Stormtroopers.