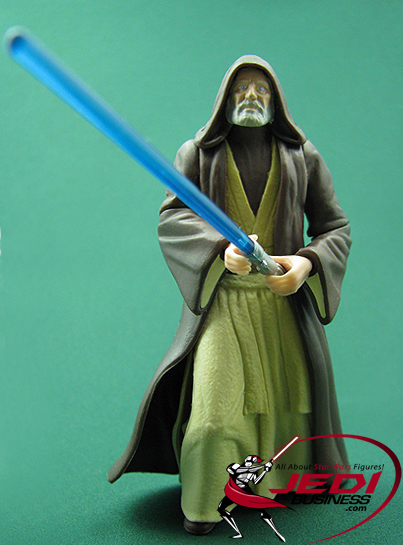 Legendary among the heroes of the Rebel Alliance, Ben (Obi-Wan) Kenobi is regarded as one of the greatest Jedi Knights ever to have lived. As a young Jedi who had just completed his own training, Obi-Wan made a solemn pledge to train young Anakin Skywalker in the ways of the Force. Anakin became a Jedi but then turned to the dark side and became Darth Vader. Many years later, destiny would have an older and wiser Obi-Wan guiding Anakin's own son, Luke Skywalker, in the ways of the Force, and ultimately, in turning Vader back to the light side.