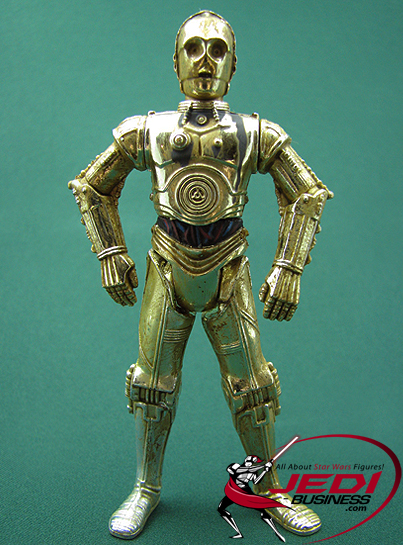 Under attack by an Imperial Star Destroyer, protocol droid C-3PO and his partner R2-D2 safely escaped a battered Rebel capital ship and landed on the desert planet of Tatooine. Soon after, the droids were abducted by scavenging Jawas and sold to Owen Lars for use on his desert moisture farm. Luke Skywalker, nephew of Owen and a Tatooine youth, remained unaware that his uncle's purchase of C-3PO and R2-D2 was to help launch one of the most pivotal destinies the galaxy had ever known...his own.