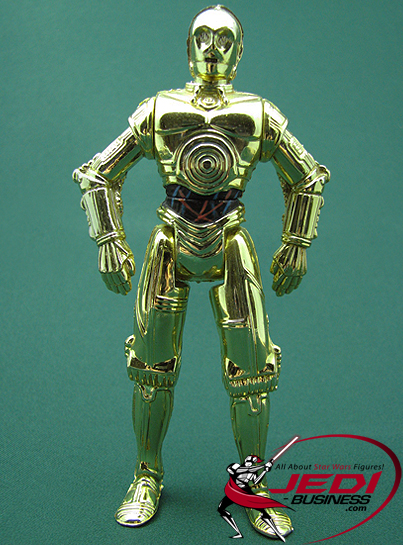 Designed as a protocol droid, C-3PO's main programming function is to interact with human society. He is an interpreter fluent in over six million galactic languages, specializing in the areas of etiquette and translation, especially important during diplomatic missions. To aid in these tasks, he is equipped with microwave and olfactory sensors, photo receptors, vocabulator speech units, energy transducers and broad-band antenna receivers. He was programmed with an elegant, human sounding voice, but more often than not C-3PO is heard whining and bickering with his companion, the astromech droid R2-D2.